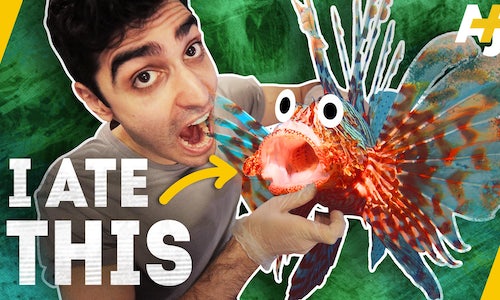 Why Eating This Fish Could Save Coral Reefs

Our AJ+ show “In Real Life” looks at the intersection of food with society, politics and the environment. So when we learned about efforts to fight back against a delicious undersea predator obliterating coral reef ecosystems off the U.S. coast, we knew we had to give it our attention.

That predator is the lionfish, an invasive species that isn’t native to the Western Atlantic. It’s a venomous fish with a voracious appetite and no natural predators to keep its population in check. So, it’s been swallowing up most of the little fish that keep local coral reef ecosystems healthy while also breeding at a TERRIFYINGLY rapid rate.

Combating invasive species can be a daunting task, especially one like the lionfish, which can only be caught by spearfishing. So conservationists came up with a unique campaign to help control its multiplying population: Encourage humans to eat it. It’s taken time to normalize the idea — because of the lionfish’s venomous spines and reputation as an aquarium pet — but today even upscale restaurants offer the tasty fish on their menus.

Our main goals were: 1) Spread awareness of the lionfish’s impact on coral reef ecosystems, 2) Show viewers how they can take active part in protecting our coral reefs (and oceans) by eating this delicious, flaky fish, and 3) Get the message out to as many people as possible by optimizing our video for Instagram’s nascent Instagram TV (IGTV) platform.

With the cacophony of social media content vying for viewers’ attention, how do you make people care about a random fish (albeit one that’s destroying coral reefs)? To explain the magnitude of the problem – and the consequences of our reefs vanishing – we knew we had to hook viewers fast and keep them entertained enough to make it to the more educational parts of our video.

First off, in keeping with the ethos of “In Real Life,” we employed a host of fast-paced, dynamic and comedic video editing techniques to draw viewers in. We tried quick, action-movie-style montages (e.g. at the top of the video), dramatic interludes that showcase a fun interplay between music and visuals (e.g. the boat scene), and quick jump cuts to create slapstick humor (throughout). Further, we also added in scripted humorous scenes – such as a Planet Earth-esque David Attenborough impersonation — or fun pop culture references (Jurassic Park). And lastly, to add a personalized touch, we filmed parts of the piece in a vlog style to document the more mundane, personal parts of our journey as video producers.

Keeping viewers entertained is just one side of the equation. The second prong of our strategy was to include well placed educational moments about the lionfish’s origin story and the dangers facing our coral reefs. We sprinkled them throughout the piece in digestible chunks so they don’t detract from the fast pace of the video. It may be easy to miss, given how fast the video flows, but a lot of thought and consideration (and reconsideration) went into breaking up facts and clustering them at different points throughout the video. We made sure to present the educational parts with animations and tons of onscreen movement to make them as engaging and accessible as possible.

The dynamic editing, humor and personalized vlog bits come together with the educational animations to create an engaging video that both entertains and educates.

And lastly, we wanted to optimize the video for Instagram TV (IGTV). Our video launched around the time Instagram started pushing the first 60 seconds of IGTV videos into users’ feeds, so we knew the first 60 seconds had to be optimized to take up as much mobile real estate as possible. So we re-engineered the video’s introductory scene – including the framing, onscreen text, and animations – to fit within an almost-fully-vertical 4:5 aspect ratio. This is the maximum amount of phone real estate you can take up with an Instagram post. Beyond the 60-second mark, we developed a quick “turn your phone” animation and actually rotated the video to its native 16x9 format for the remaining 10 minutes or so.

We were pleasantly surprised to learn our attempts to make an engaging, educational video — and optimize it for IGTV — were so well received. Our lionfish video is the second most-viewed piece of video content AJ+ has ever posted to its Instagram page (whether it be a video on the traditional Instagram feed, or an IGTV video). It racked up 562,000 views on Instagram – indicating to us, at least, that our attempts to spread awareness about the invasive lionfish, and to properly utilize IGTV, both succeeded.

The comments section is also quite revealing, and showed us that we made an impact in encouraging people to consider trying lionfish for themselves. A number of responses revolved around how entertaining the video was to watch – while still being educational. One viewer even noted that the vertical IGTV experience was so seamless that she forgot she was watching the video on Instagram and not, say, YouTube.

Video for Why Eating This Fish Could Save Coral Reefs 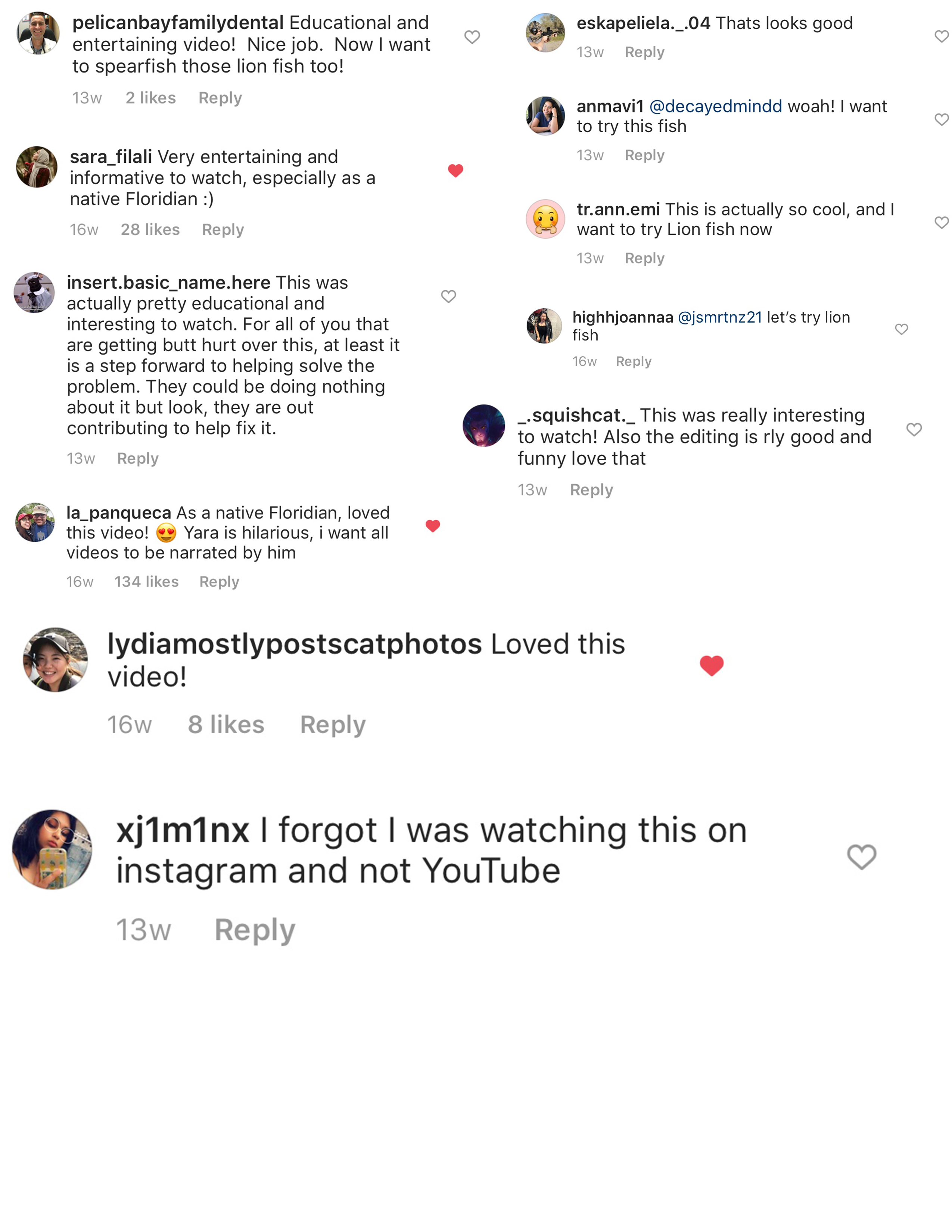 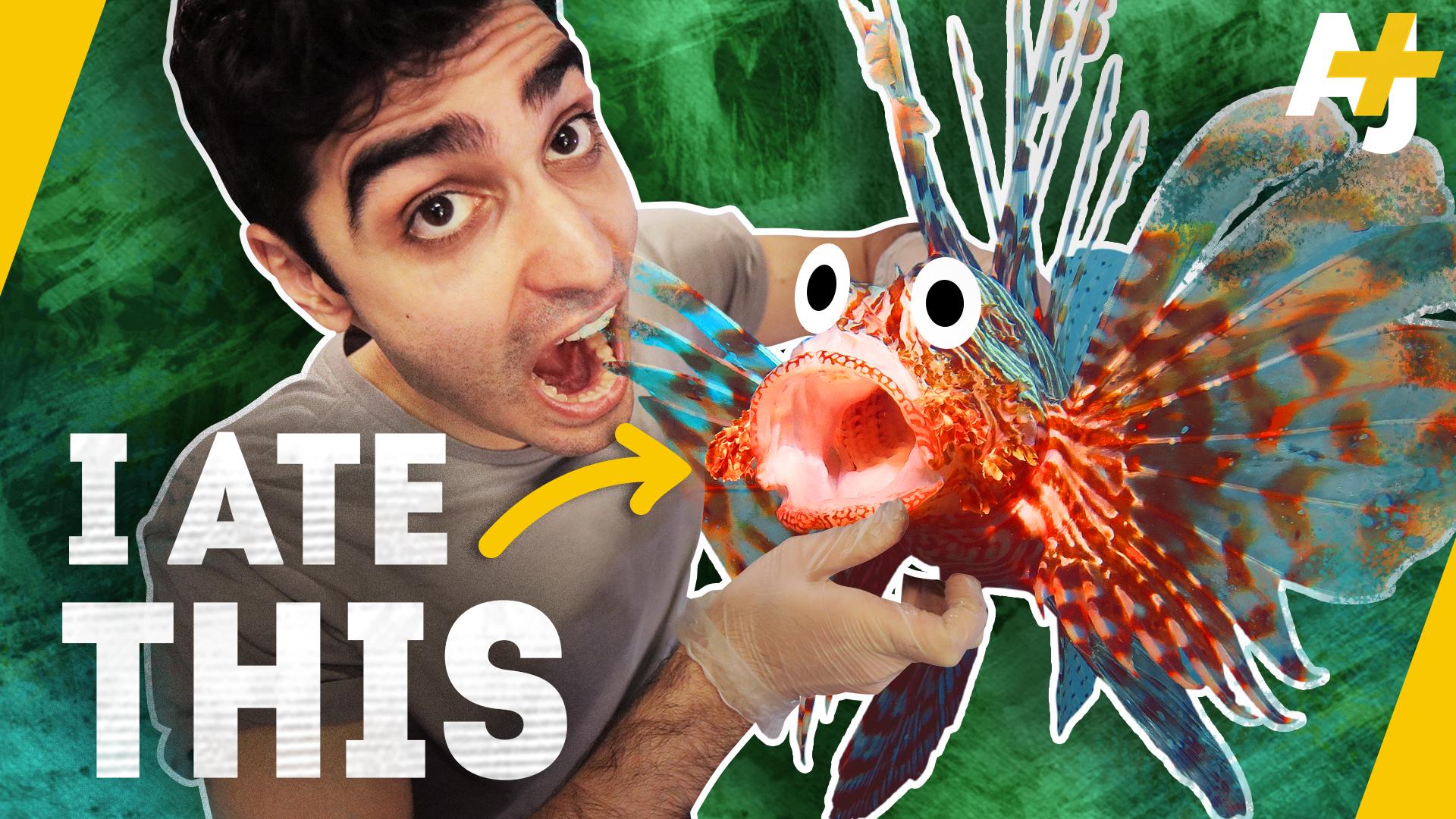