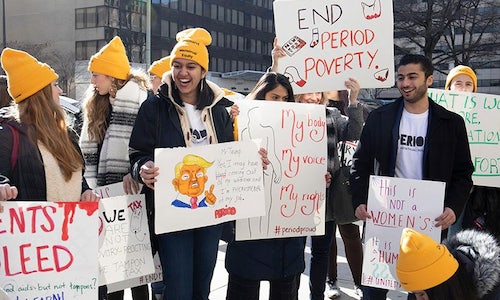 Period poverty, a term used to describe a lack of access to feminine hygiene products, affects students across the United States. Students who do not have the necessary products to effectively manage their periods are denied equal learning opportunities, as they skip school during menstruation to avoid shame, embarrassment, or disciplinary action for frequent or extended trips to the bathroom. Other students cannot concentrate on their studies for fear of leaking or staining due to inadequate products, and some are even subjected to wearing tampons and pads for longer than recommended, which puts them at a higher risk for infections like toxic shock syndrome. These issues disproportionately affect low-income, rural, and transgender students. Period management should not be a luxury, so, in partnership with PERIOD, we launched United for Access: a campaign to tackle menstrual equity issues and period poverty head-on. The objective of calling on local education administrators and school officials in Corpus Christi, Texas; Davis, California; Portland, Oregon; San Francisco/Belmont, California; Seattle, Washington; New Haven, Connecticut; Newport News, Virginia; Columbus, Ohio; Austin, Texas to address period poverty directly and provide free menstrual products to all students.

We partnered with PERIOD, the world’s largest youth-run nonprofit, to circulate petitions in cities across the country demanding that every student in the United States—from grade school through college—has free and easy access to period products. We called on the Department of Education to uphold their pledge to address inequity among students by championing menstrual equity. That includes acknowledging period products as health necessities, advocating for policies that support students who menstruate, funding programs to provide period products for free to students in all school restrooms, promoting comprehensive, co-ed period health education for students before the age of 12, and commissioning a study to determine the impact period poverty has in the United States. Last, we wanted to revolutionize the way people talk and think about periods, and the challenges faced by people who menstruate.

Student activists with PERIOD from across the U.S. traveled to Washington, D.C. in January to hold a rally outside the Department of Education building calling on Secretary of Education Betsy DeVos to take immediate action to combat period poverty in America’s schools. Thinx and PERIOD sent an open letter to Education Secretary Betsy DeVos asking her to take action to address period poverty in US schools. The letter, which was signed by a number of high-profile women's rights leaders, celebrity activists, health experts, and education advocates, was then published in a full-page ad in The Washington Post.  Signers included Randi Weingarten, President, American Federation of Teachers; Dana Marlowe, Founder, I Support The Girls; Shaunna Thomas, Co-founder, UltraViolet; and celebrity activists: Busy Phillips, Margaret Cho, Dove Cameron, Padma Lakshmi, Sharon Stone, Kathy Najimy, Jaime King. In the lead-up to a day of action, Thinx released a video featuring menstrual equity heroines—Jennifer Weiss-Wolf (a women’s advocate and attorney), Nadya Okamoto (founder of PERIOD), and Fatimata Gassama (an 8th grade student and member of Girls Inc.)—in which they discuss what period poverty is, how the lack of access to period products impacts people with periods, and shared stories about how that lack of access affects them.

Our petition to Secretary DeVos asking her to take action to end period poverty in the U.S. has been signed by over 111,000 people! The United for Access campaign has sparked successful initiatives to provide period products, free of charge, in campus bathrooms in Austin, Davis, Columbus and Portland. 4,413 letters to US Members of Congress in support of EACH Woman Act (Equal Access to Abortion Coverage in Health Insurance). Shifting five pieces of local legislation. Two opinion editorial pieces published in BizWomen and New York Daily News. Six letters to the editor have been published! 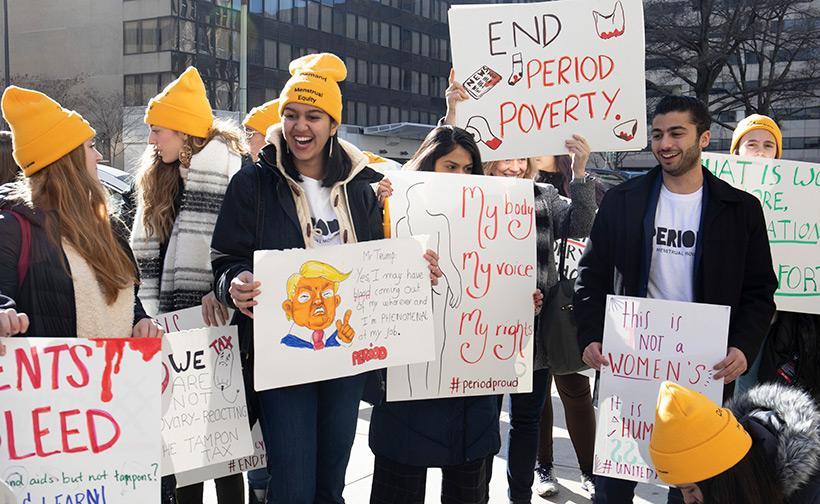 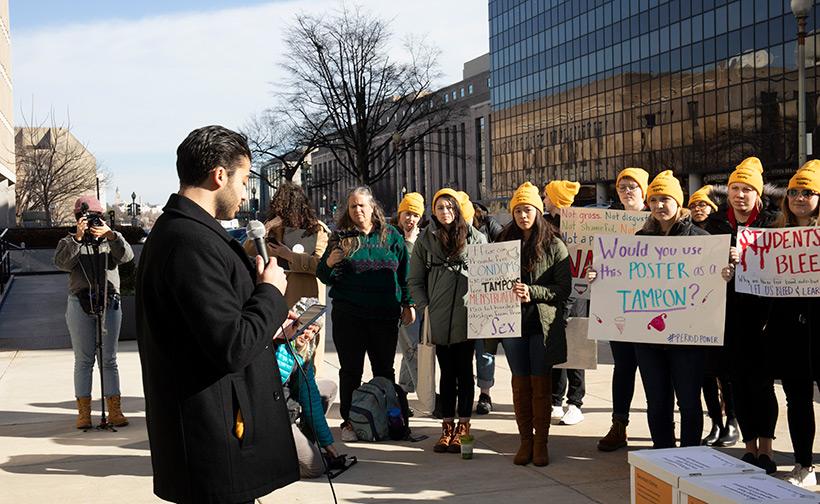 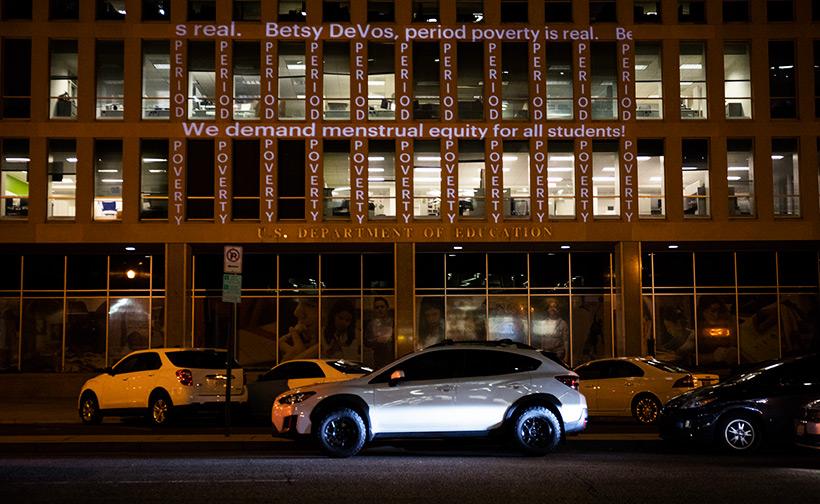 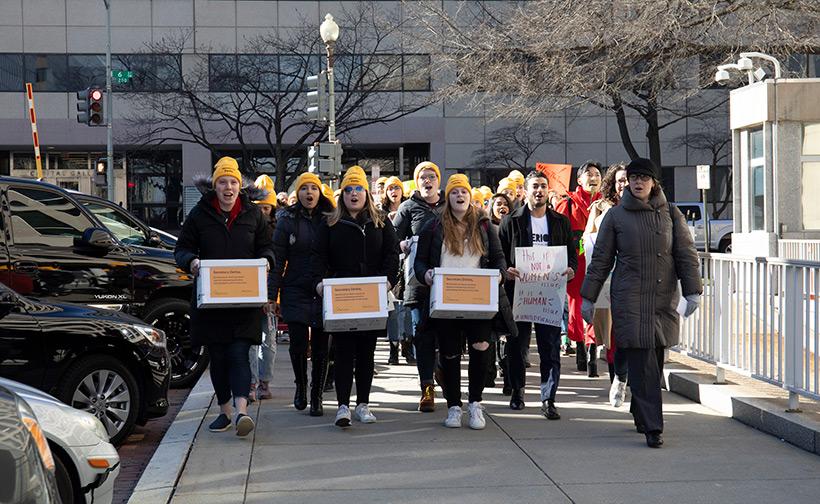