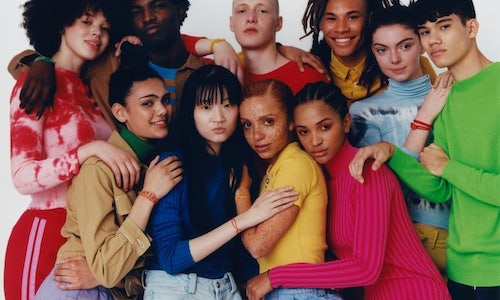 We all wish for a sustainable future. One in which climate change is under control. Inequalities are abolished. And food, water and education are available for all. But, how do we get there?

In 2015, the United Nations set 17 Global Goals for a sustainable future, giving us a framework for the action necessary to achieving the goals by the year 2030. To reach them, governments, businesses, organisations and individuals need to come together and take action. Still today, too few even know about the UN goals.

#TOGETHERBAND was born to raise public awareness and action for all of the 17 UN Global Goals. And to do so through popular culture.

At the core of the campaign are bands representing each of the UN Global Goals made from reclaimed ocean plastic and decommissioned firearm metal. For every #TOGETHERBAND sold, money is raised to support charities and organisations working towards achieving the UN Goals. The campaign has been attracting a growing community of celebrities, athletes, academics and more the general public who have been joining, buying the #TOGETHERBANDs to support the UN Goals and spreading the word about the campaign.

Together we can change the world.

We have been enlisting the support of ambassadors to help build this community. 200+ ambassadors from the worlds of fashion, sports, entertainment, music, and more come together with experts from the fields of academia, finance, non-governmental organizations, even a Nobel Peace Prize winner, have joined #TOGETHERBAND.

Businesses have a role to play too. As a leading financial services firm, UBS mobilizes funds to finance the UN Goals. UBS is also proud to have joined forces with award winning British sustainable luxury fashion brand BOTTLETOP on its mission to raise public awareness for the 17 Global Goals as the Founding Partner of #TOGETHERBAND. Other partners include the UN Foundation, WWF, Project Everyone and more.

There are 17 UN Goals and we shine the light on one at a time. With each Goal, we announce the ambassadors and expert for whom the particular Goal is important. This not only allows us to keep the campaign fresh over about 2 years, it lets us deep dive into the Goal to educate and inspire people to action. With each Goal, we highlight the known and the unknown issues that need addressing through a documentary film from award-winning documentary director Andrew Morgan, blogs and articles telling stories of the inspirational work people are doing to help achieve the Goal, a series of tips and actions that anyone can take to help achieve the Goal, and more.

#TOGETHERBANDs are a symbol of support for the UN Goals. The proceeds they raise are tangible funds that go to organizations working to achieve each of the 17 UN Goals. Each organization undergoes an extensive due diligence run by the UBS Optimus Foundation. In this way, #TOGETHERBAND builds not only awareness and action but also efficiently funds life-changing projects around the world.

After launching just five months ago, the response to #TOGETHERBAND has been heart-warming. More than 30,000 employees have engaged with the campaign. We've garnered 200+ ambassadors from popular culture, organizations, academia and more who actively promote #TOGETHERBAND. More than 0.5 billion social media impressions feature #TOGETHERBAND, and the number is rising rapidly. We're quickly approaching the $1 million mark with band sales. Despite some of the large names behind the campaign, the budget for paid promotion in social is barely a six-figure number.

Success has not only been from the positive voices of the campaign but also from the number of organizations we've identified for funding. The profits from the campaign will go towards at least one charity working towards each of the 17 Goals. And, the production of the #TOGETHERBANDs has created employment for more than 20 victimized women (a number set to grow) in Nepal who create the bands as well as many jobs along the supply chain.

And, of course, there is the positive impact which we can't measure in numbers. 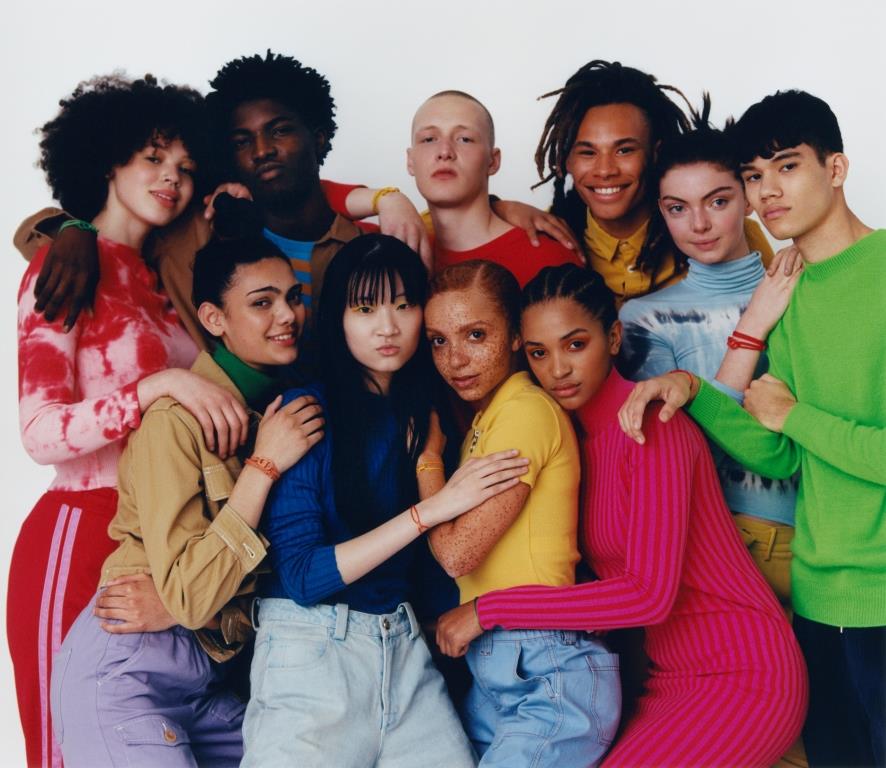 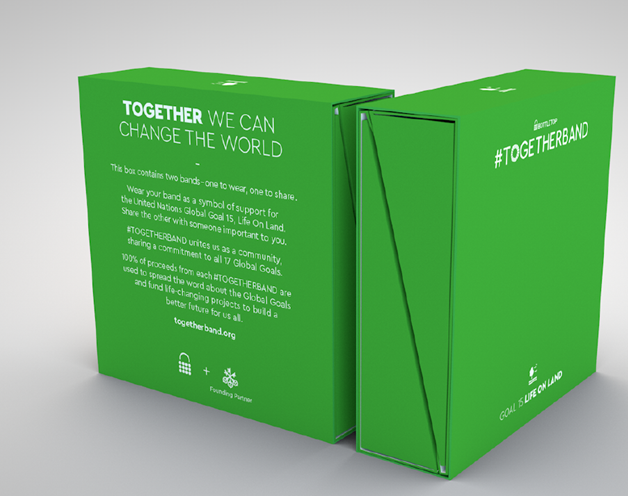 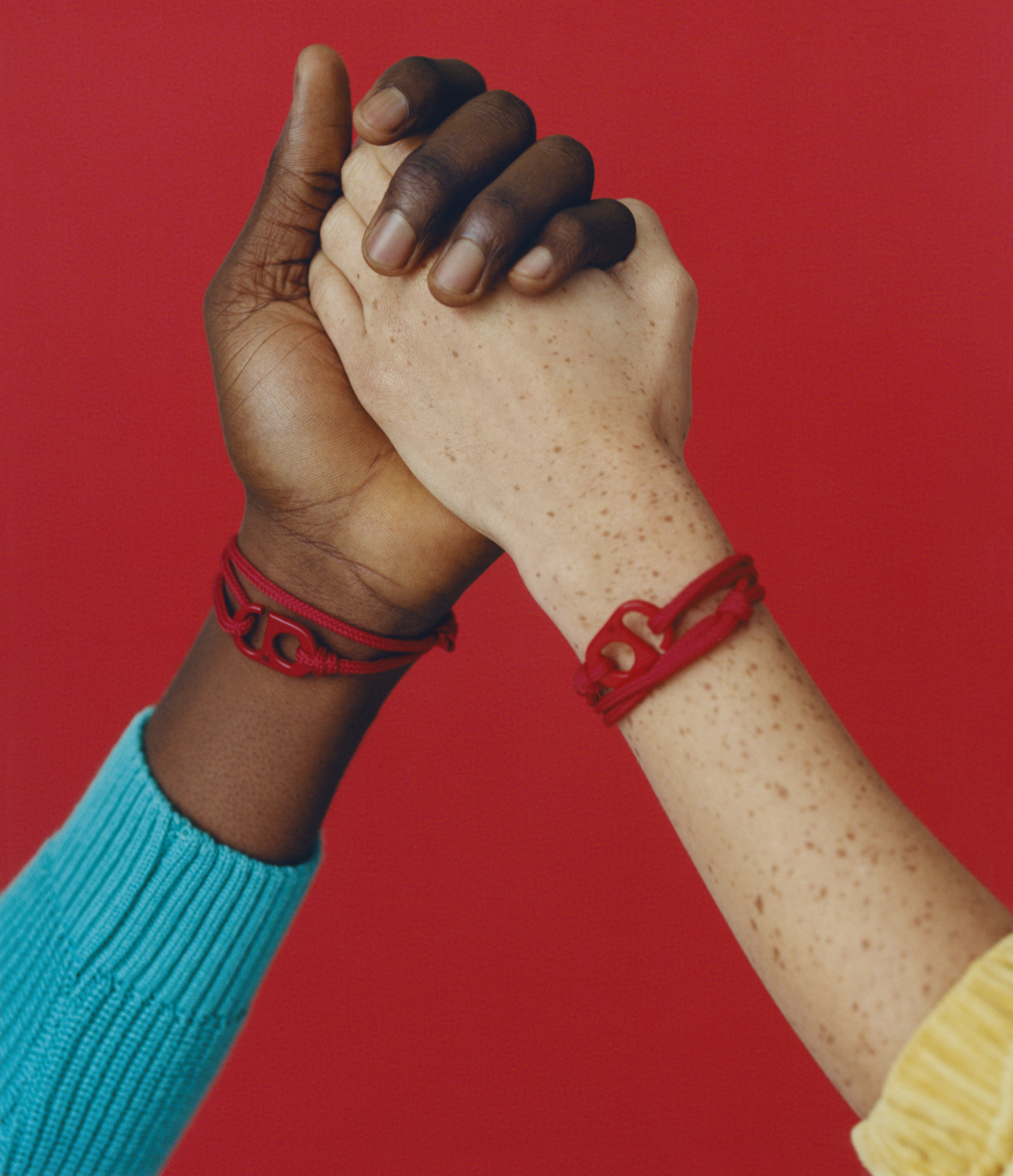 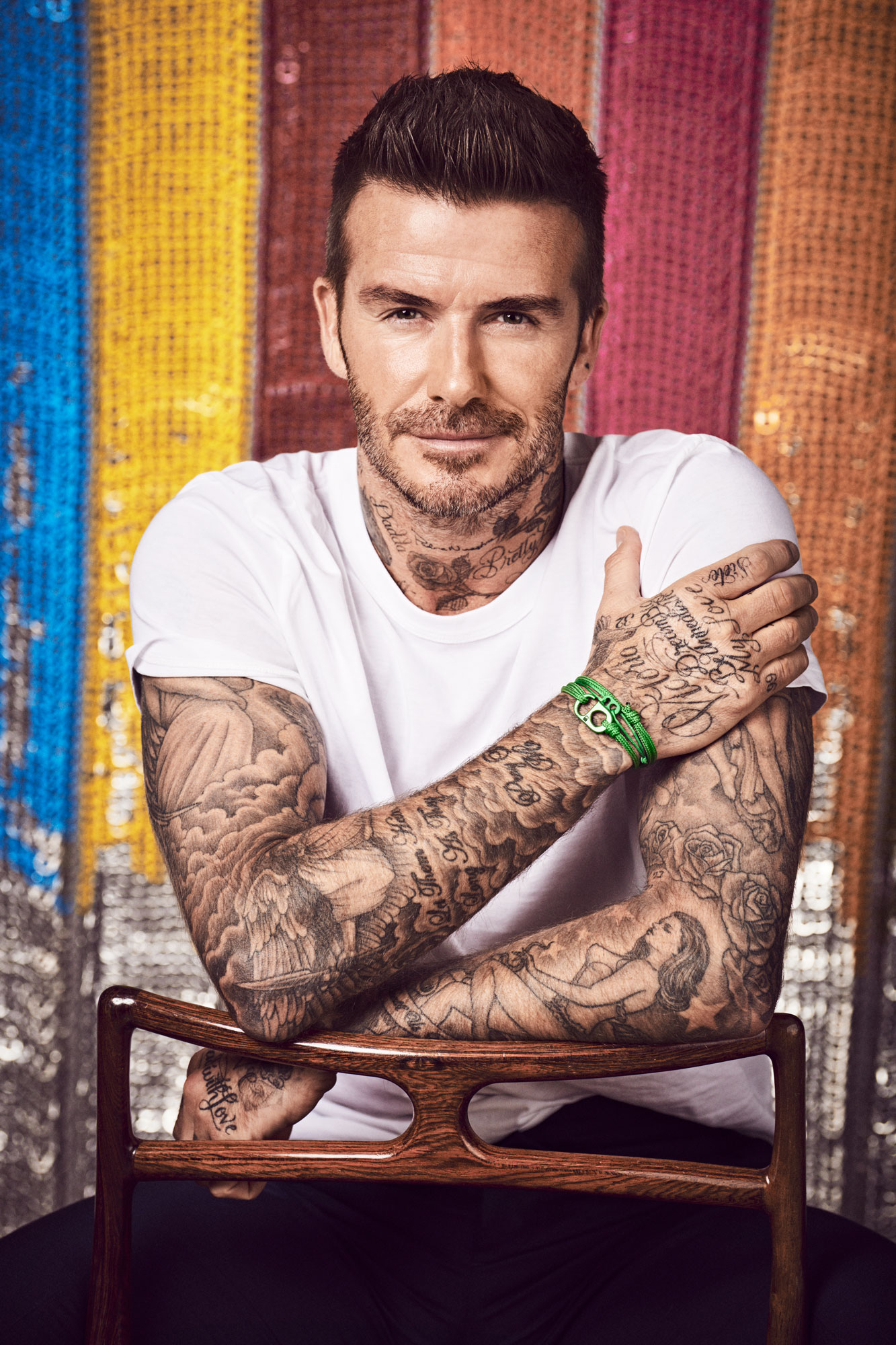 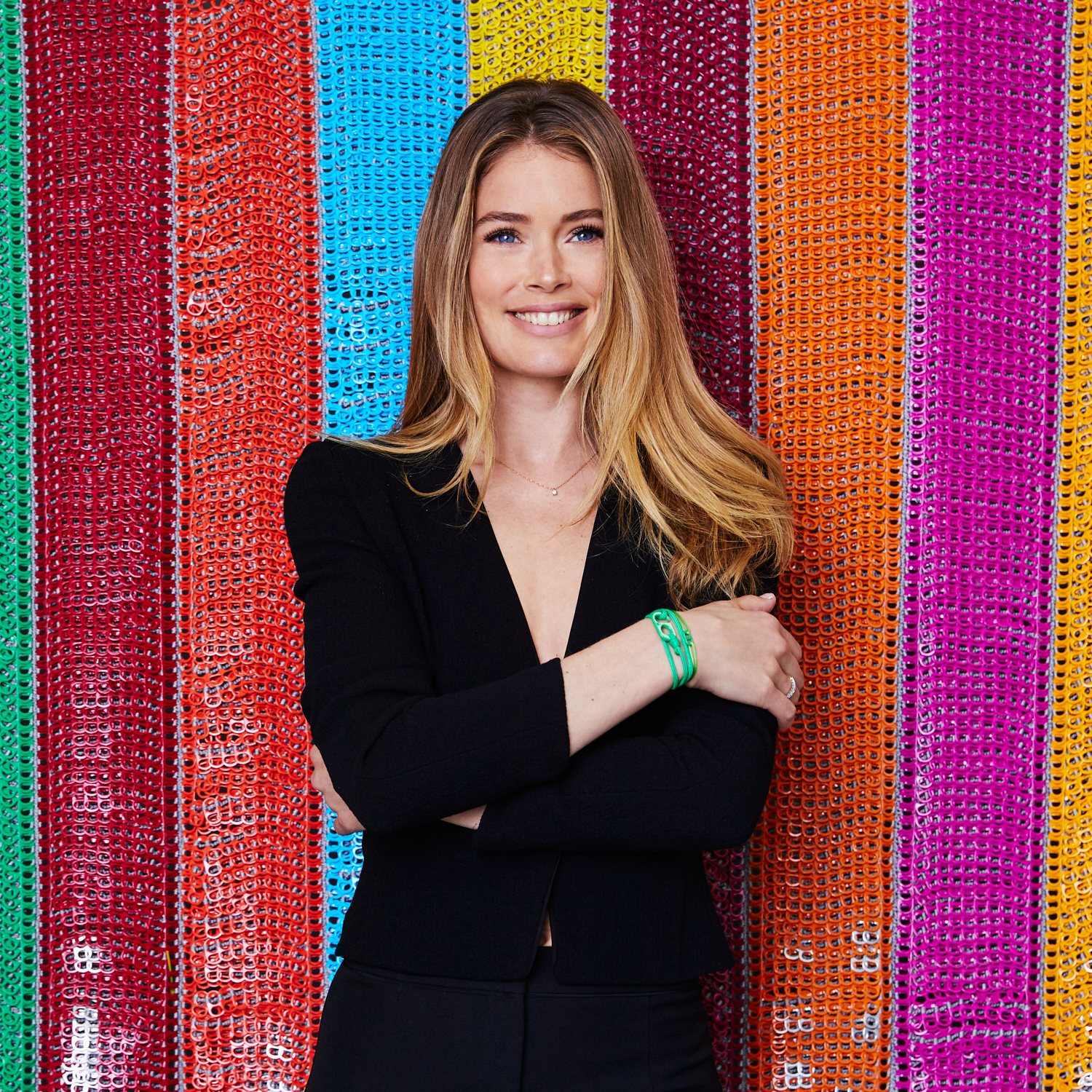 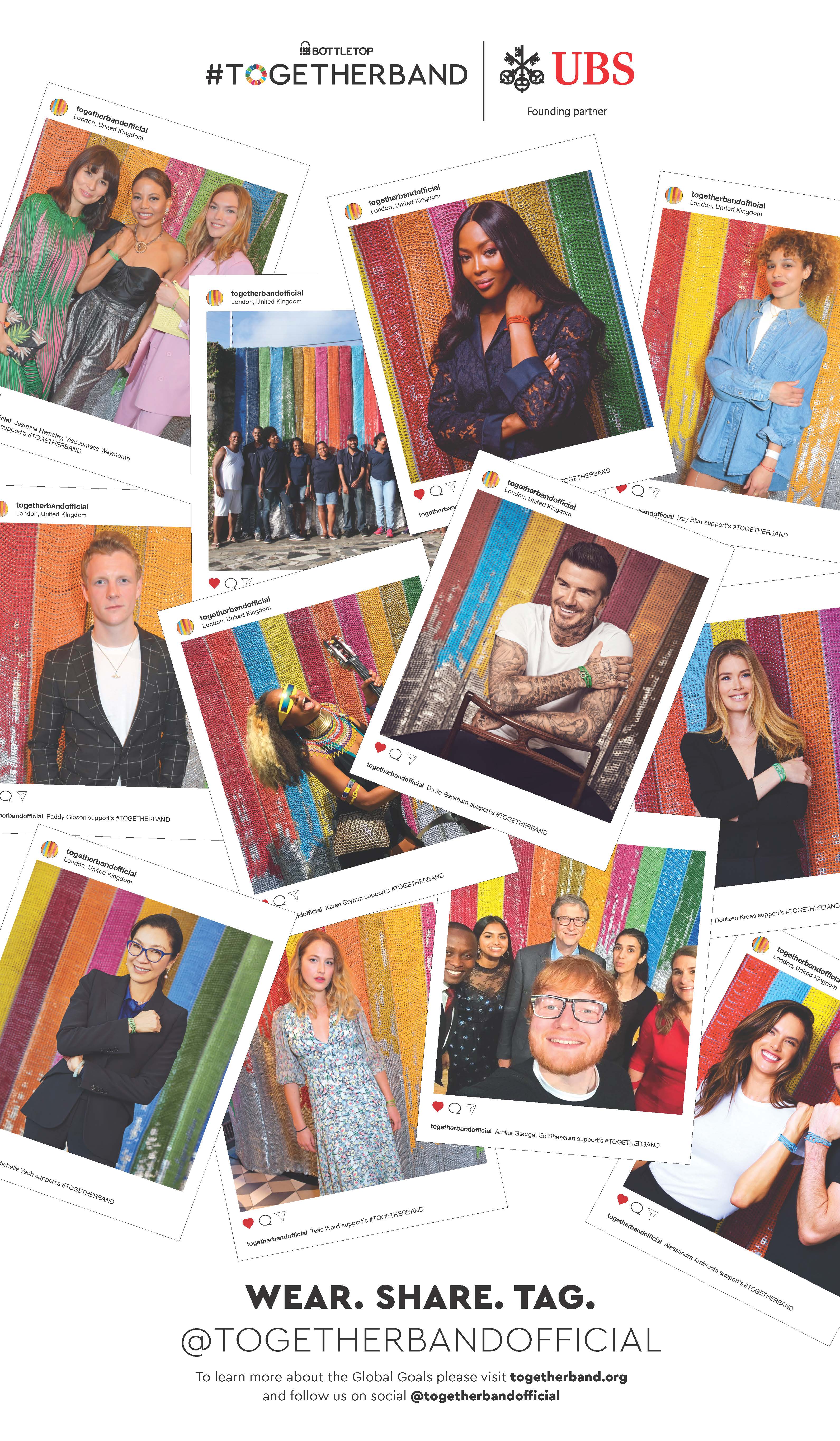