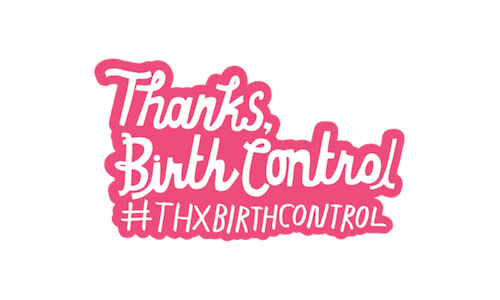 Power to Decide believes that all young people should have the opportunity to pursue the future they want, and follow their intentions. We provide objective, evidenced- based information about sexual health and contraceptive options so young people can have the power to decide if, when, and under what circumstances to get pregnant.

Power to Decide celebrates Thanks, Birth Control as a year-round national effort to mobilize people to speak positively about all that birth control makes possible for young women, families, and our nation. Thanks, Birth Control is an integrated marketing and communications campaign that consists of traditional, social, entertainment, and pop culture media as well as content creation and grassroots activations. The primary goal of Thanks, Birth Control is to give people the opportunity to share their love for their birth control method and everything it has made possible for them, from graduating college to managing a painful medical condition to preventing pregnancy. The Thanks, Birth Control (TBC) campaign issues four main calls to action: 1) take care of your own health, 2) activate your friends/family to take care of their sexual health, 3) advocate for contraceptive access locally, and 4) advocate for contraceptive access nationally.

On November 13, 2018, Power to Decide celebrated its 6th annual Thanks, Birth Control Day, a national effort to mobilize people to speak positively about all that birth control makes possible for young women, families, and our nation. Across Twitter, Facebook, and Instagram we encouraged everyone to share their love for birth control and all it has made possible for them. We asked media partners, influencers, like organizations, politicians, and the public to say #ThxBirthControl.

Countless media partners supported Thanks, Birth Control Day in 2018. Refinery29 co-hosted a Twitter chat with Bedsider, garnering 658 mentions and 2,309 engagements using the hashtag #R29xBedsider—leading to a potential reach of 66.3 million. Marie Claire, the TV series “The Bold Type", the contraception delivery service Nurx, and many more participated in the chat. Watch highlights here. Through our verified GIPHY channel our #ThxBirthControl GIFs were searchable and sharable on twitter, GIPHY and other social media channels, with our highest viewed GIF reaching just over 50k views to this date.

Power to Decide had many partners and supporters for Thanks, Birth Control, including sexologist, social media influencer, and ‘professional big sister,’ Shan Boody, who created a YouTube video for Thanks, Birth control and promoted the event on Twitter and Instagram. Thousands of national and local organizations also participated in Thanks, Birth Control, including over 20 of our national public affair partners, such as Planned Parenthood Federation of America and hundreds of its affiliates, the Guttmacher Institute, the National Family Planning and Reproductive Health Association, the National Partnership for Women and Families, the National Women’s Law Center, NARAL, SIECUS, SisterSong, Ultraviolet, and the Young Invincibles.

In addition, we delivered Thanks, Birth Control lapel pins to more than 125 Congressional offices and 15 members of Congress. The Pro-Choice Caucus and Sen. Hillary Clinton posted to their social media accounts, recognizing Thanks, Birth Control as well as using our hashtag. Members of Congress who participated include Senator and Presidential candidate Kirsten Gillibrand (NY), and Representatives Barbara Lee (CA) Jan Schakowsky (IL), Diana DeGetter (CO), and Salud Carabajal (CA).

In addition to our traditional Thanks, Birth Control merchandise, we launched “Millennial Pink” and LGBTQ+ pride themed t-shirts, knit winter hats, sweatbands, activation buttons, lapel pins, stencils, and custom mailing boxes—all of which were available via our consumer-facing store. We branded everything with our #ThxBirthControl hashtag. We also distributed thousands of pieces of “swag” this year—with approximately 600 products sold directly from our consumer-facing store.

Our 6th year of Thanks, Birth Control was a huge success. During the month of November, the campaign garnered over 203.6 million potential impressions. On Thanks, Birth Control Day alone, we reached 104 million people and saw 104% more engagement with the hashtag (comments, shares, etc.). The hashtag trended nationally for much of the afternoon, proving that people across the country engaged in the conversation.

Power to Decide generated various digital articles about Thanks, Birth Control on our PowerToDecide.org site, as well as elevated existing, relevant content from other media partners such as The Hill, Teen Vogue, Bustle, Refinery29, Ms. Magazine, and Fierce (MiTu).

Our radio tour generated a listenership of 11.5 million individuals, 1,751 airings nationally, and boosted visitations to the organization's web site by 95%.

Social media use of and engagement with the hashtag was not limited to just November. Throughout 2018, our social and traditional media activities reached more than 110 million people through nearly 30,000 mentions and 240 million impressions in 2018. Engagement with the hashtag went up 38% from 2017 with nearly 558,000 interactions. Our #ThxBirthControl creative on GIPHY has over 652k views. Posts included one from Senator Hillary Clinton on the Anniversary of the FDA approval of the first birth control pill; a tweet from Cosmopolitan about condom use survey data collected in partnership with Power to Decide; a tweet from the television series “Grown-ish” promoting Bedsider; and a tweet from the National Women’s Law Center regarding the Trump Administration’s stance on contraceptive coverage. 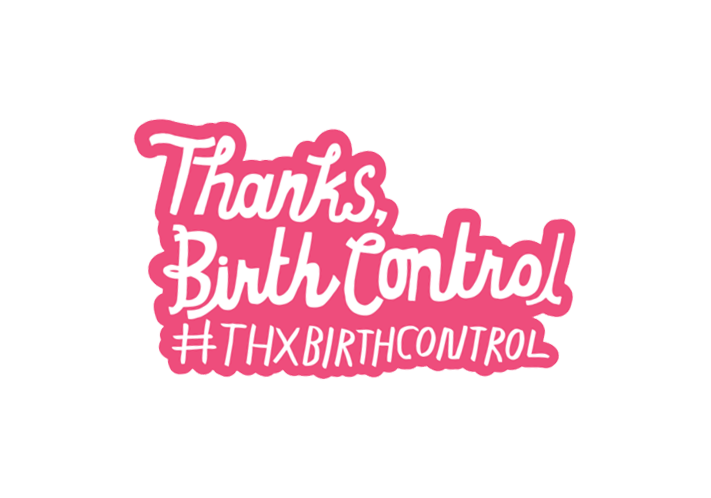 Power to Decide, the campaign to prevent unplanned pregnancy