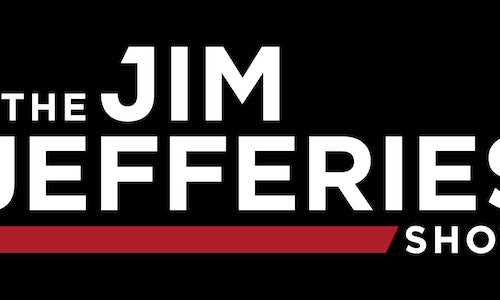 In this field segment from The Jim Jefferies Show, our intention was to shine a light on the foster care system, while also giving viewers an easy and immediate way to help foster kids. Specifically, our goal was to support the work of Kids in the Spotlight, a charity that empowers foster kids by teaching them filmmaking, and at the same time helps them find their own voices. The segment features an interview with Modern Family star Ty Burrell, who has long been active with the charity and teaches acting classes to foster kids. Jim participates in one of Ty’s workshops, and sits down with a group of Ty’s students to hear directly from them about their experiences in the foster system. Our hope was not just to support an incredible charity, but also to open viewers’ eyes to the problems plaguing foster care in America.

In its three seasons on Comedy Central, The Jim Jefferies Show has prided itself on being able to tackle difficult subjects while still featuring our host’s irreverent wit and natural curiosity about the world. When we first learned about Kids in the Spotlight, we knew we had a perfect opportunity to raise money for a great charity while also raising awareness of the plight of foster children in America and the many deficiencies in the system. First, we shot our field piece featuring Jim’s conversations with Ty Burrell and the kids in his workshop, which aired on The Jim Jefferies Show on May 8, 2019. That coincided with the launch of a Twitter campaign to spread the word about Kids in the Spotlight. On our show’s Twitter page, we asked users to retweet the segment, and both the show and Comedy Central pledged to donate one dollar for each retweet to Kids in the Spotlight. Jim Jefferies also graciously volunteered to match the contribution himself. By asking people to retweet the post, we made sure our piece was shared on the social media feeds of thousands and thousands of Twitter users.

We found our Twitter campaign to be a big success. The field piece very quickly received more than ten thousand retweets, and as a result we were able to donate $30,000 to Kids in the Spotlight to help continue their great work. We also received many kind comments from Twitter users who had themselves been foster kids, and from social workers who had worked within the system, thanking us for bringing some attention to the issue of foster care in America. The segment remains popular on YouTube with more than 220 thousand views.

Video for The Jim Jefferies Show