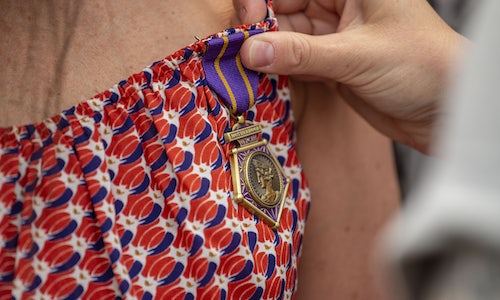 For nearly a decade, Crown Royal has shipped its iconic purple bags filled with personal care and snack essentials to service members overseas. In 2018 the brand formally expanded its efforts with its announcement of The Crown Royal Purple Bag Project. Launched with the help of country music superstar Thomas Rhett, the commitment is focused on inspiring people to give generously, one bag at a time.

The Crown Royal Purple Bag Project's mission is to distribute 1 million care packages to active duty service members and those affected by natural disasters by 2020. For Mother’s Day specifically, via insights gathered through focus groups and other research, the team identified Mothers of Military (M.O.M.s) as a particularly generous but unsung group of women. A key learning from the focus group was that a M.O.M.’s greatest wish for Mother’s Day is having their children be there with them and that being together as a family is their greatest joy. Knowing this, as we celebrate the bravery of America’s servicemen and women, honoring the unwavering selflessness, generosity and dedication of the mothers behind them is an important narrative and one Crown Royal took upon itself to elevate starting this Mother’s Day.

To celebrate M.O.M.s this Mother’s Day, Crown Royal and 501(c)(3) organization Packages From Home designed, in partnership with Vanguard Industries, official makers of the United States Military’s insignia, ribbons and medals, a one-of-a kind M.O.M. Medal, celebrating their selflessness and sacrifice. The Crown Royal M.O.M. Medal is in the shape of a pentagon to represent the five branches of the United States Military, and feature the Greek goddess of motherhood Ancient Leto, as well as a double strand rope to symbolize the strength of the bond between a mother and her child.

Consumers 21+ were able to nominate mothers to receive the Medal and appear on the digital Wall of M.O.M.s, a landing page specifically designed to recognize M.O.M.s this Mother’s Day. The first 1,000 M.O.M.s submitted also received their very own M.O.M. medal, a keepsake from Crown Royal.

To promote the Crown Royal M.O.M. Medal and reinforce Crown Royal’s commitment to the military and their families, Crown Royal invited four M.O.M.s to have the experience of a lifetime. The all-expenses paid experience included brunch and a private meet and greet with country music artist and Purple Bag Project partner Thomas Rhett, but the real surprise was the in-person reunion with their active duty sons and daughters.

Thomas Rhett led the M.O.M.s in a Purple Bag Project packing, showing them how it is done and pulling through messaging related to the brand’s commitment to packing 1 million bags for overseas troops and those impacted by natural disaster by 2020. The M.O.M.s took the time to write heartfelt notes as they personally know how special it is for loved ones to receive gifts from home.

After bag packing, Thomas Rhett and the M.O.M.s sat together at a roundtable to talk about what it means to be a military mom. All four M.O.M.s couldn’t help but let their emotions show as they proudly shared stories of the accomplishments and sacrifices their sons and daughters have made serving their country. Thomas Rhett then surprised the M.O.M.s with pre-recorded messages from each son and daughter that said how much they appreciate everything their M.O.M. has done for them throughout their lives and military careers, and how sorry they were to not be able to join the brunch. While a few tears fell, each M.O.M.’s smile showed how much the message meant to her.

What the M.O.M.s did not know was at the exact time they were hearing the messages, their sons and daughters were coming up the elevator to be the real surprise of the day. Thomas Rhett brought the sons and daughters in, and family reunions full of hugs, cheers and laughs ensued. There wasn’t a dry eye in the room.

To top off the incredibly special occasion, each military son and daughter pinned their mother with the Crown Royal M.O.M. Medal.

The Crown Royal Purple Bag Project's Mother's Day Campaign successfully celebrated mothers of military servicemen and women. The four M.O.M.s had an unforgettable afternoon with Thomas Rhett and were filled with emotion when the true surprise was revealed - a reunion with their military sons and daughter.

PR leveraged the resulting content as a primary earned media driver showcasing the reunion of M.O.M.s and their military sons and daughter. To kickstart the conversation, Thomas Rhett shared the video on his Instagram channel, which resulted in a 29.16% engagement rate, and performed 200% higher than Diageo’s average paid influencer content. The post was whitelisted for additional reach and earned an incredible Video View Rate paired with a very low CPM while driving heartfelt discussion among M.O.M.s in the comments section. Crown Royal surpassed KPIs and owned the spark that ignited conversation by securing 277 earned placements and 331M earned impressions. Furthermore, 100% of placements included brand visuals priority messaging centered around generosity.

The hero earned win for the program was a broadcast placement on national morning show, "Fox & Friends," which featured the video and information on the program. The PR and social support behind the Crown Royal Mother’s Day program brought national attention to M.O.M.s and a fresh perspective to conversation surrounding this key holiday.

Additionally, over 6,000 M.O.M.s were honored on the digital Crown Royal Wall of Moms which further supported Crown Royal’s goal of thanking and recognizing their selfless service. 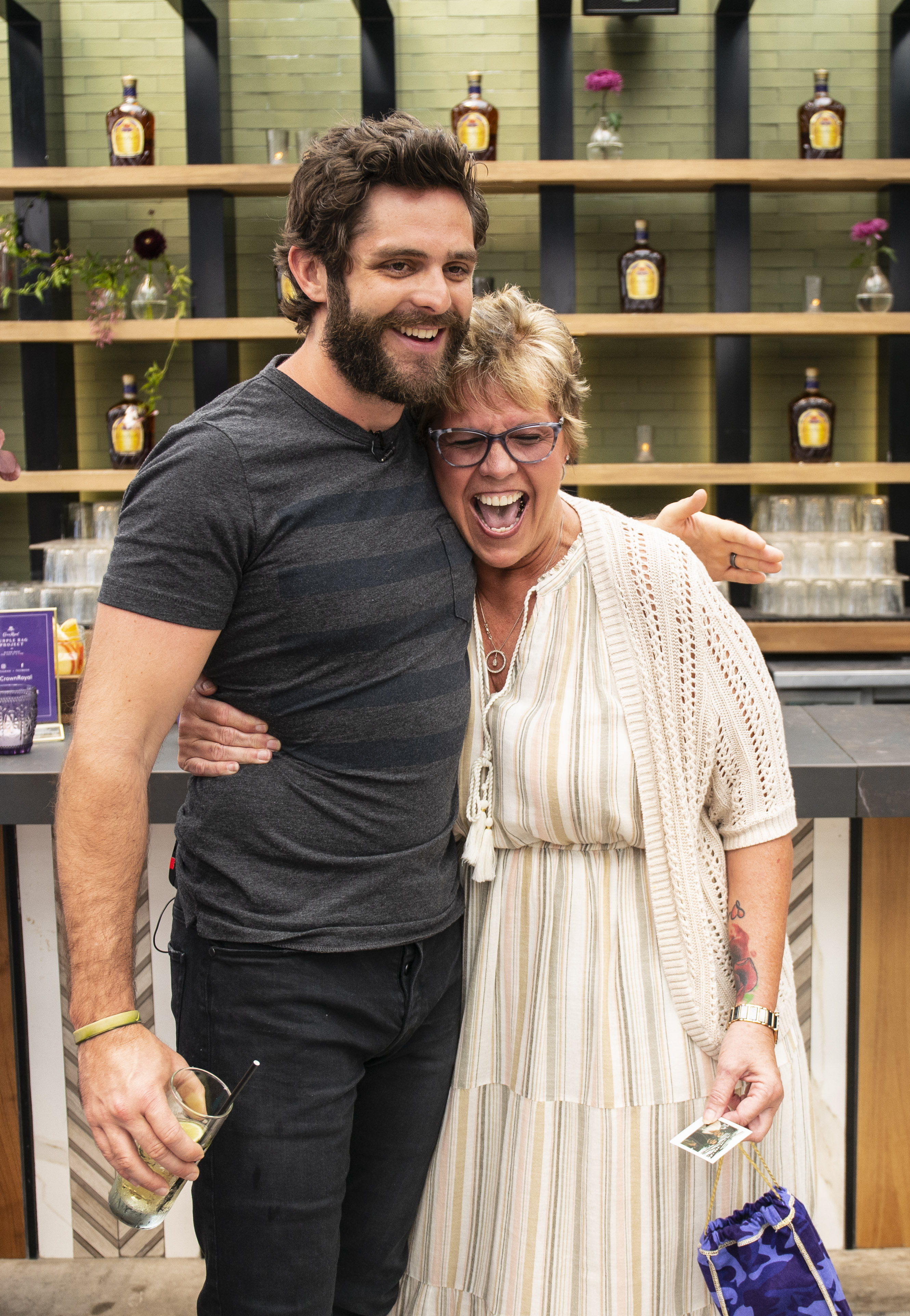 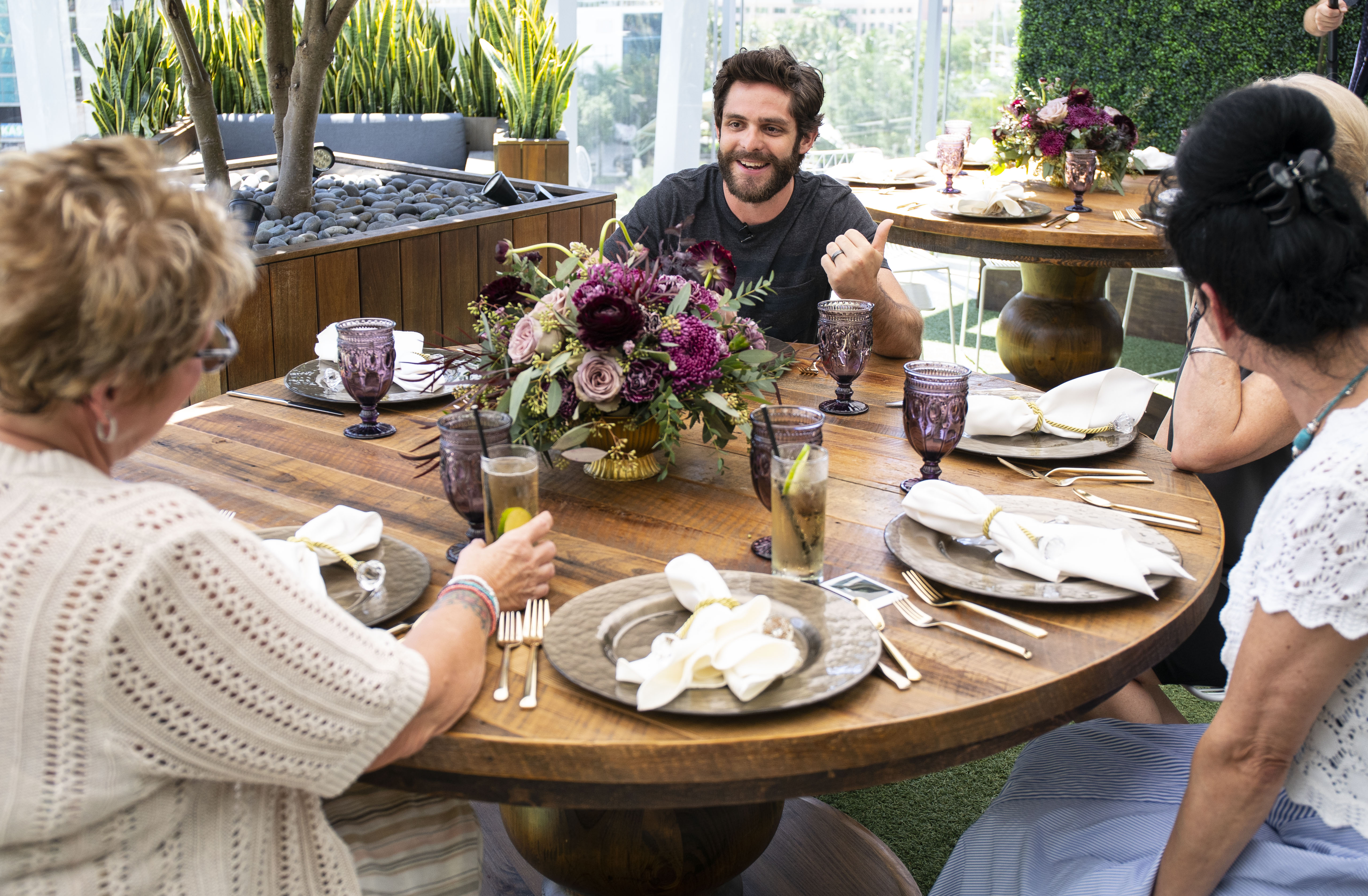 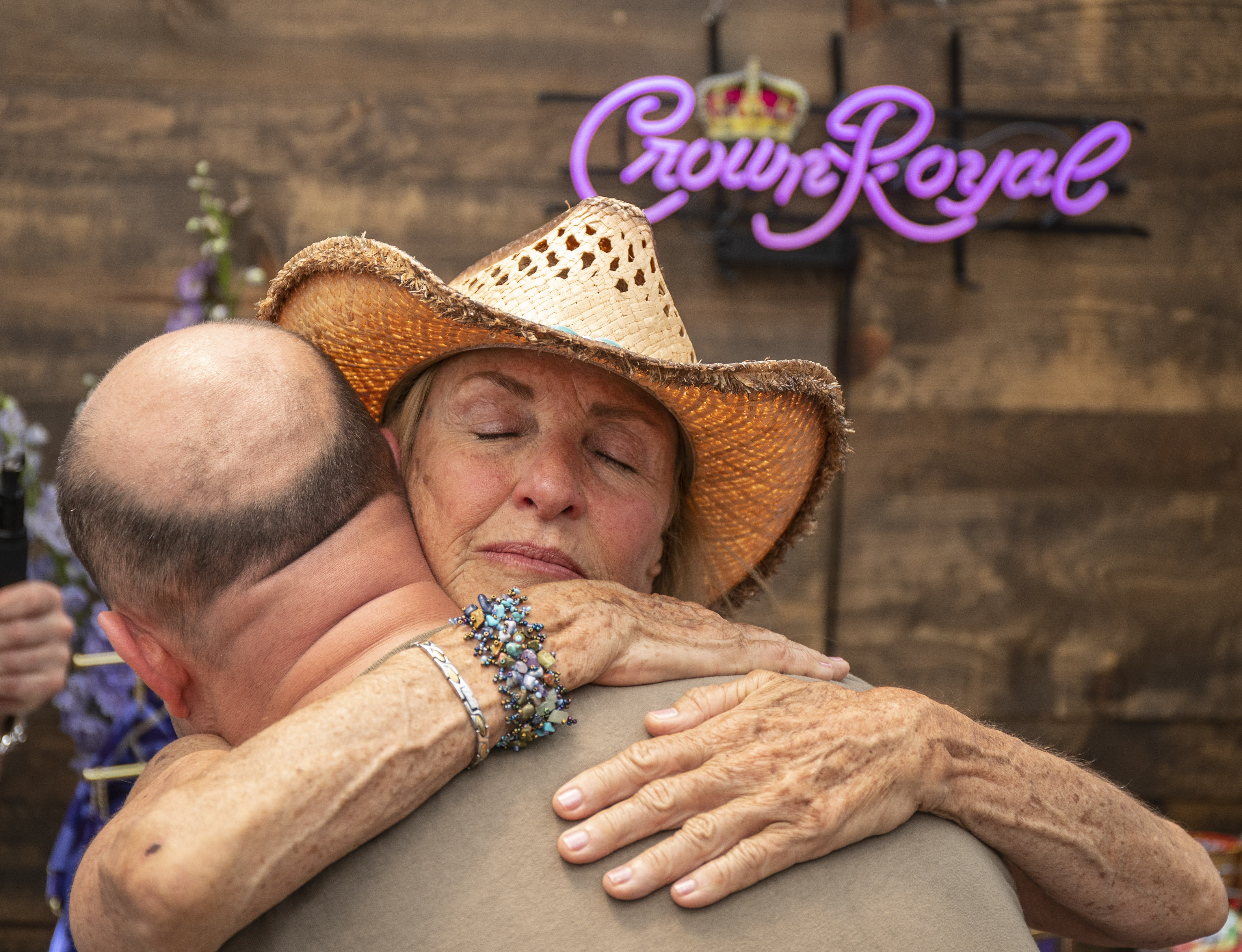 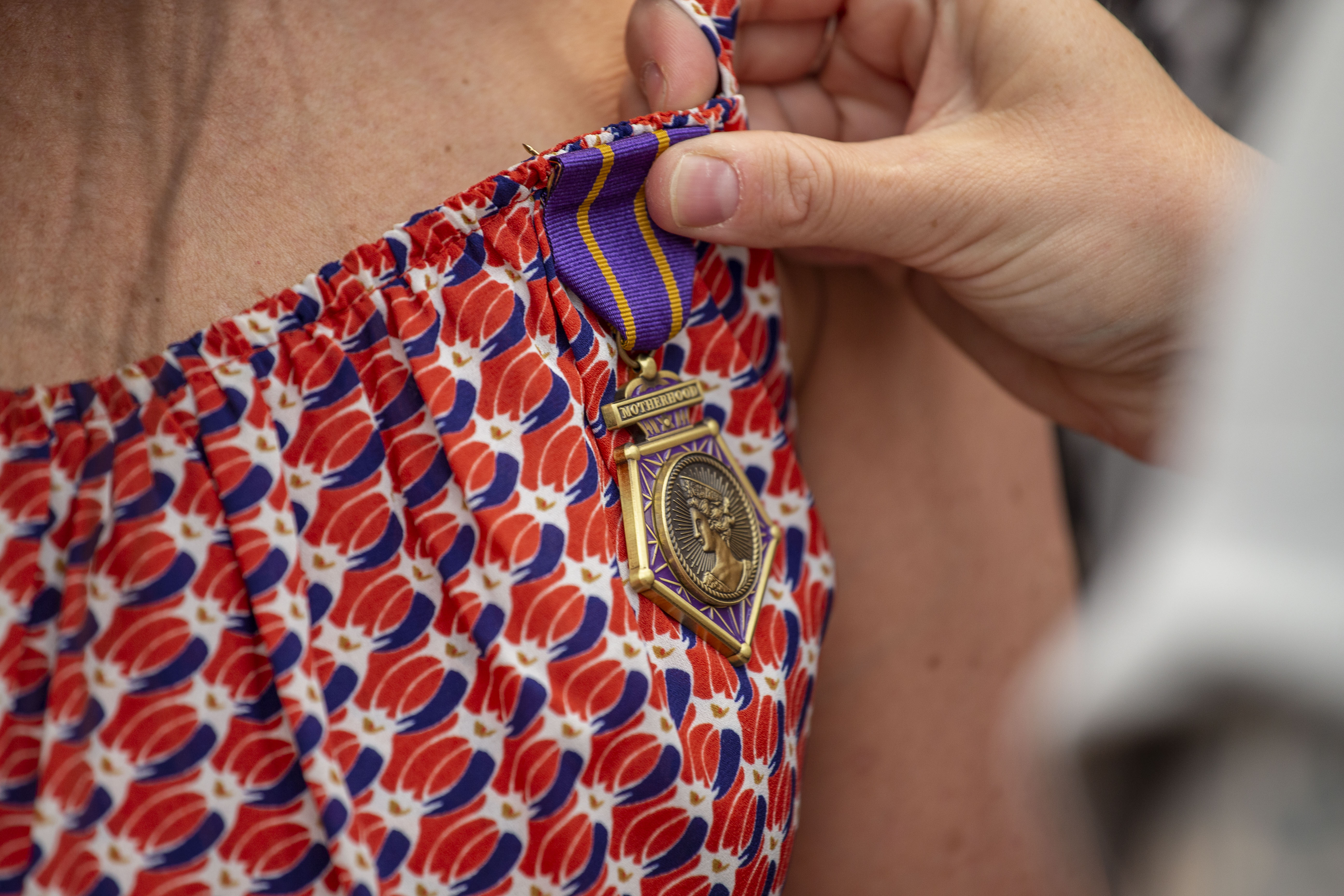