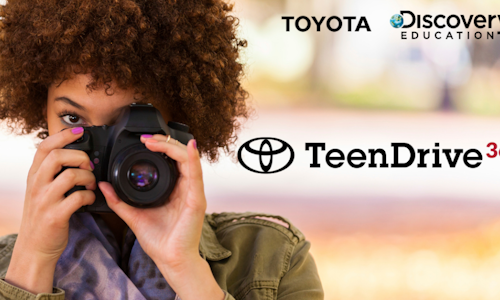 When a teenager hits the road for the first time, he or she enters what the National Safety Council has deemed one of the most dangerous years of a person’s life. The combination of inexperienced drivers and the use of cell phones can make the first year behind the wheel deadly. According to the CDC, car crashes are the leading cause of death among American teenagers – and many are caused by distracted driving.

To address this pressing problem, Toyota and Discovery Education partnered to create TeenDrive365, a comprehensive engagement program that provides safe-driving tools and resources to students and teachers through an online information hub. This program brings teens and educators together with creative contests and resources to change teens’ behaviors.

A major component of the TeenDrive365 curriculum is the TeenDrive365 Video Challenge, which motivates students in grades 9-12 to help curb distracted driving. The challenge encourages teenagers to create original videos describing what they can do in their communities to help make their peers and themselves safer drivers. Through original videos, teenagers create public service announcements to engage their peers and begin a discussion about the importance of safe driving. Toyota and Discovery Education know that when it comes to issues like safe driving, teens can be one of the biggest influences on their peers. This contest allows teens to talk to their peers about the very serious topic of distracted driving in their own way – using creativity, talent and video skills.

The campaign began with a national press release publicizing the launch of the competition. Discovery Education leveraged its partnerships with school districts nationwide through promotion to the expansive Discovery Education educator community through a variety of digital newsletters and emails.

The public vote was supported by a grassroots social media and marketing campaign that targeted participants, their families, friends and schools. Finalists used social media platforms to gain votes for their videos, and some went door to door in their communities to create awareness. Discovery Education and Toyota leveraged numerous assets, including data that Toyota has collected over the past several years on distracted driving and content submitted by the finalists to increase awareness of the issue. Customized press releases were distributed to each of the 10 finalists’ local media outlets, and finalists’ stories were covered in many local newspapers, online news sites, radio and TV stations. Discovery Education’s public relations team worked closely with each of the finalists’ school district communications team to get out the word to the local media and other community stakeholders. Discovery Communications’ government relations team shared the news with local government officials in the finalists’ hometowns as well. A national push also went out to education reporters to promote coverage of the open voting period, and multiple top education trades covered the news. To announce winners, Discovery Education distributed a national press release over a wire service, as well as to education trade publications and top consumer media.

Over the past nine years, the TeenDrive365 program has directly reached thousands of students across the United States. The 2018 TeenDrive365 Video Challenge saw registrants from all 50 states. More than 5,700 people registered for the 2019 Challenge. During this time, TeenDrive365InSchool.com received visitors from over 120 countries, and media coverage of the challenge garnered more than 13M impressions.

The program’s call for entry video ran on Discovery Networks, including Velocity and Discovery Family, garnering 17M impressions. The video challenge was also promoted on DiscoveryEducation.com with featured promotion on the homepage and targeted carousels for teacher, parent and student pages. Discovery Education executed a targeted media campaign on Facebook and Google, using a call-for-entries spot that garnered 28M impressions. 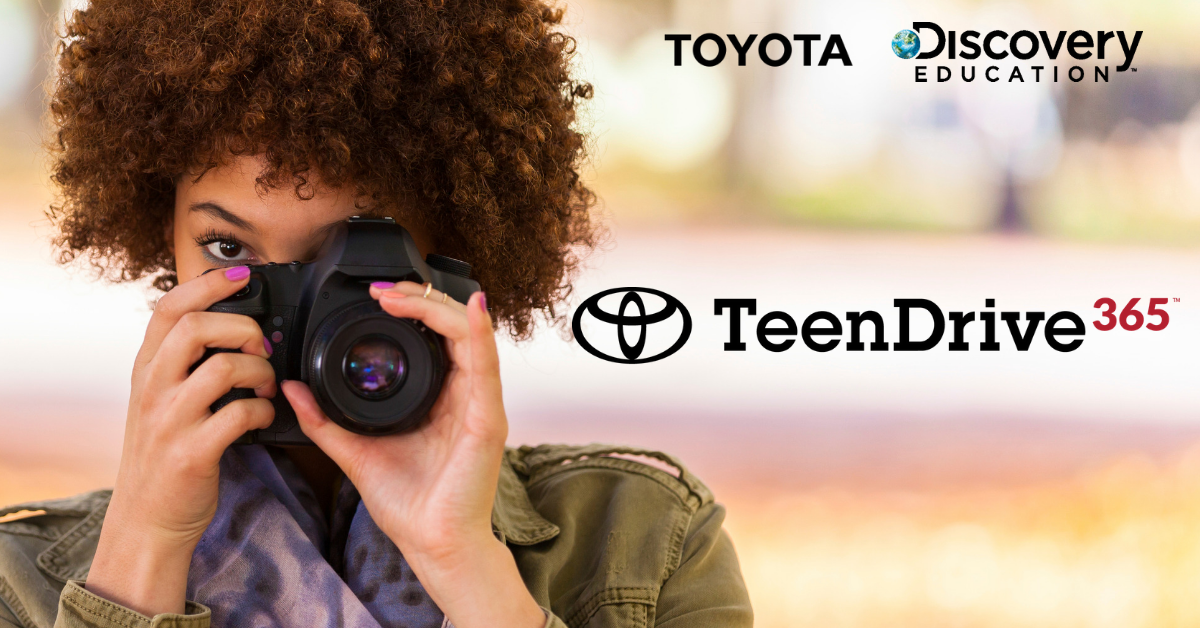