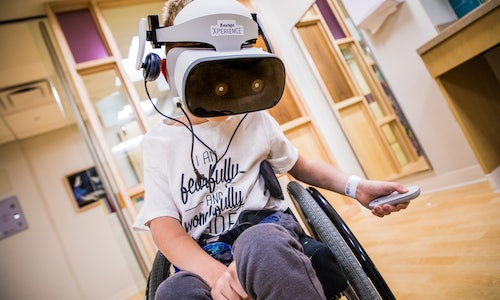 Starlight Children’s Foundation’s mission is to deliver happiness to seriously ill children and their families.

Since 1982, Starlight has worked with leading companies, brands, and healthcare professionals to identify, leverage, and customize emerging technologies to create effective and scalable programs that transform the hospital experience for thousands of critically, chronically, and terminally ill children and their families.

In the 1990s, Starlight pioneered the world’s first-ever computer-based social network that virtually connected seriously ill children through an interactive video format, and for more than 25 years, our Starlight Gaming program, created in partnership with Nintendo, has provided bed-ridden children with easy access to their favorite video games, movies, and more.

In 2018, Starlight launched our latest state-of -the-art technology innovation: Starlight Virtual Reality. Starlight VR radically transforms the hospital experience for seriously ill children and their families through 20+ pre-loaded, curated experiences to help distract them during difficult medical procedures or simply relax and have fun while they escape into a virtual world.

Starlight Virtual Reality is an engaging intervention through a customized, hospital-ready headset that helps decrease anxiety and pain for children, and also provides dynamic content geared toward entertainment and distraction such as virtual snowball fights, immersive field trips to exotic locations, fun video games, and more. The content allows patients with limited mobility to sit up or lay down and control the game using a remote or their head.

In 2017, Starlight provided a grant to the CHARIOT program at Stanford Children’s Health Lucile Packard Children’s Hospital to begin research and development of the program. Developed by medical professionals such as physicians, clinicians, and child life specialists, Starlight VR is designed primarily to provide entertainment and distraction for hospitalized children through age-appropriate apps, games, and other fully immersive educational and interactive content.

The program runs on the Lenovo Mirage Solo with Google Daydream and features a hospital-ready headset that meets the strict infection safety protocols of hospitals. Each headset includes a convenient carrying case, an instruction manual for caregivers, and three years of tech support.

The program was created in collaboration with Founding Sponsor, Star Wars: Force for Change, the charitable initiative from Lucasfilm and the Walt Disney Company that harnesses the power of Star Wars to empower and improve the lives of children around the world. Niagara Cares, the philanthropic arm of Niagara Bottling, is also a key program funder and sponsor.

In June 2018, Starlight launched a pilot test of the program among five hospital partners around the US: Lucile Packard Children’s Hospital, Children’s Hospital Colorado, Gillette Children’s Specialty Health Care, Cincinnati Children’s Hospital Medical Center, and Texas Children’s Hospital. Each hospital was given five headsets to test with patients in a variety of clinical settings, from treatment and therapy rooms to playrooms to bedside in patient rooms. Starlight collected feedback regarding use cases and best practices to inform program updates and enhancements to program.

The program officially launched on October 11, 2018 with an event hosted by Lucasfilm at its Presidio campus in San Francisco. Thanks to funding provided by our donors and program sponsors, Starlight VR is delivered at no cost to our network of more than 800 registered children’s hospitals and other health care facilities across the US.

Although designed primarily for entertainment and distraction, hospitals are using Starlight VR in a variety of clinical interventions that provide real health benefits and positive medical outcomes:

As a resource for so much for more than just play, entertainment, and normalization, Starlight VR has made a significant impact in procedural support, emotional support, pain management, and physical therapy for hospitalized children. Starlight VR is quickly becoming a critical tool in helping improve the hospital experience and aid in the healing process for seriously ill kids and families across the US. 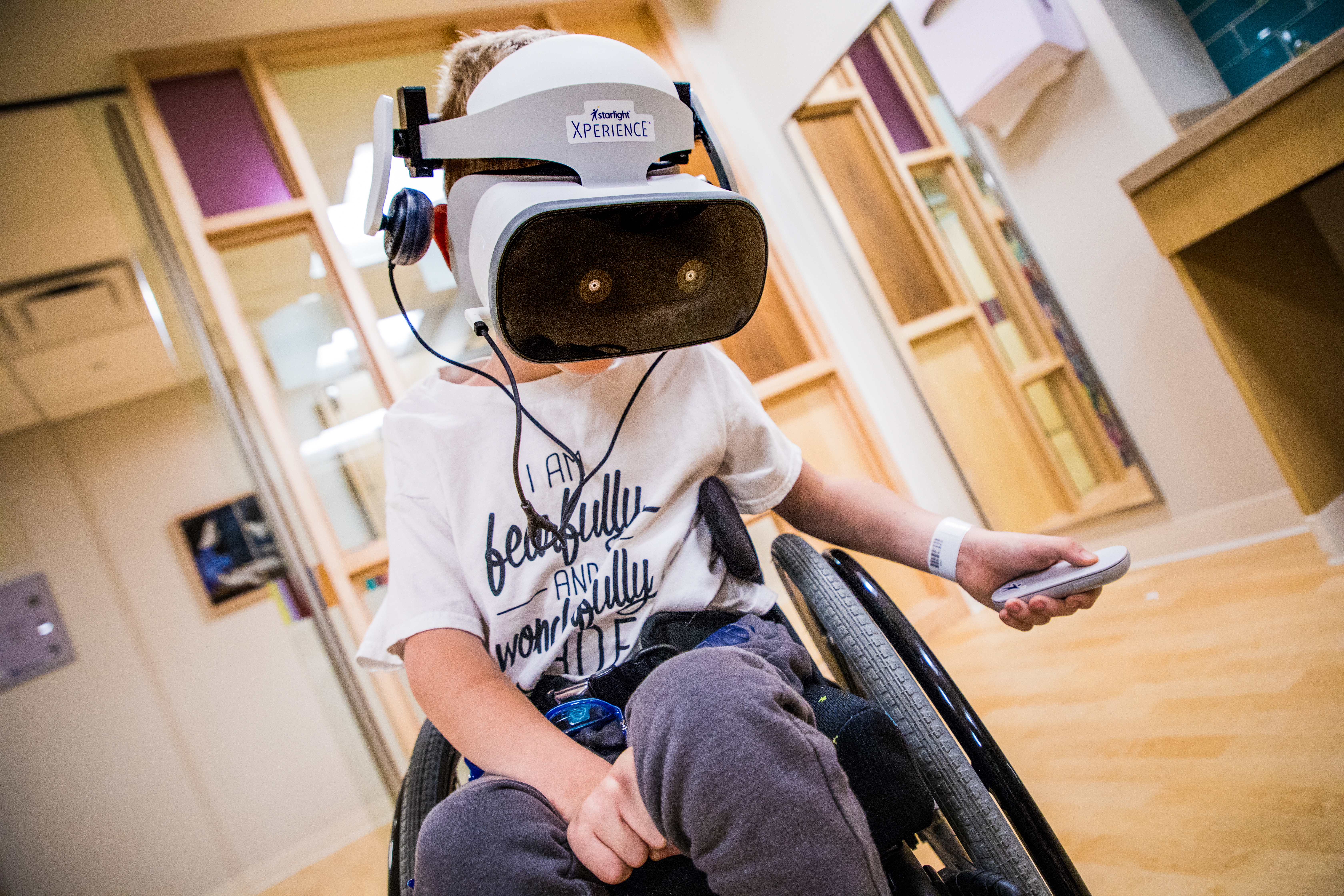