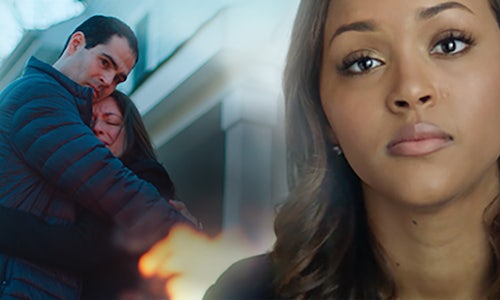 Behind the Lens: Living with a Rare Blood Cancer

Every year, millions of patients, families and caregivers are impacted by cancer in the U.S. Some cancers are more well-known than others, but for those impacted by rare blood cancers, including myeloproliferative neoplasms (MPNs), it counts to have somewhere to turn to for reliable information and support. As a part of ongoing efforts to raise awareness for MPNs, Incyte developed an unbranded series of four short documentary films featuring MPN patients. The series culminates with “Something So Rare,” a gripping compilation of all four stories. Directed by Cynthia Wade, an Academy Award® winning filmmaker in the documentary short category, these films serve as a point of reference for MPN patients who feel unheard or alone. MPNs can be difficult to diagnose or can be misdiagnosed, which can greatly impact the lives of patients and their families – making increased awareness, education and support critically important. Additionally, these videos drive awareness about MPNs and encourage patients to play a more active role in their treatment decisions by inspiring those impacted – patients and caregivers alike – to be their own health advocates.

We initiated this project after weeks of in-depth screening conversations with a variety of patients living with rare blood cancers to find our storytellers. We wanted each film to deliver personal stories that were filled with emotion and coupled with powerful imagery to tell an honest account of what it is like to live with an MPN – culminating with an intimate compilation of all four stories. Because living with an MPN can affect every aspect of daily life, each film in the four-part series is rooted in one of the four elements: water, fire, air and earth. These elements and the imagery and colors they represent provide a common thread tying the films together and allow viewers moments to process the emotionally moving interviews and scenes, while helping craft a lyrical, impactful series about living with an often unknown and misunderstood disease.

As a true extension of the film program, all of the storytellers participated in a storytelling event timed closely to MPN Awareness Day where they delivered their stories to a live audience and shed a light on a day dedicated to research and awareness for MPNs.

The integrated campaign surpassed all goals. The media pushes around Rare Disease Day and Blood Cancer Awareness Month provided the campaign with even more relevance and recognition.

Video for Behind the Lens: Living with a Rare Blood Cancer