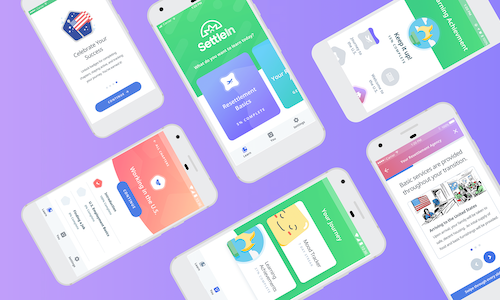 CORE (the technical assistance project of the International Rescue Committee that serves all overseas Resettlement Support Centers and United States Resettlement Agencies processing refugees being resettled through the United States Refugee Admissions Program) came to ISL looking for a digital solution that would bridge the gap between pre-departure and post-arrival refugee resettlement experiences, and increase comprehension around core cultural transition information. A key tenet of cultural orientation for refugees being resettled to the United States is self-sufficiency — but given the stress, complexities, and information overload that go along with the resettlement process, that vital information can be difficult to process and retain over time. The result was Settle In.

In order to thoughtfully approach the challenge at hand, we embarked on a comprehensive discovery phase that included interviewing and surveying stakeholders around the globe, comparative analyses, familiarizing ourselves with cultural orientation curriculum, and lots and lots of research.

Upon completion, we arrived at a set of strategic insights that ultimately defined our UX and design direction for the entire product.

The fact that refugees experience so much information fatigue during their resettlement journey largely informed our gamification and content strategy in that we knew we needed to design a system that would allow refugees to revisit material over time in formats that aligned with their unique learning styles.

We implemented the Tell, Show, Do, Apply learning model as a lesson framework for its proven ability to help users retain information over time. The sheer simplicity and efficacy of the Tell, Show, Do, Apply model naturally lends itself to mobile app design. This framework served as our North Star when deciding how to approach content and question formats for our lessons.

To many, refugee resettlement is a sensitive, controversial process—especially from a privacy standpoint. Due to user confidentiality precautions, it was too risky to store personal information in the application. Instead, we made it easy for users to skip around to lessons that interest them or pick up where they left without having to log in. Flexibility was the cornerstone of our approach to user experience and proved to be a fun design challenge to overcome.

We began by branding and naming the application, landing on Settle In – a reminder to the user that the app is meant to be a comforting mechanism to own and understand your resettlement process. From there we designed a universal iconography set, which mimicked airport way-finding, and a color scheme, which was devoid of colors representative of any particular nation.

To account for English and Arabic speakers, we created a design system that enabled both left-to-right and right-to-left reading across the app and integrated curriculum. We integrated animated tool tips that added contextual hints for non-tech-savvy users, prompting them using motion (rather than language) to access Settle In’s features.

Before finalizing any UX or visual design decisions, we tested our prototype with real users who had recently resettled to the United States. While we did uncover a handful of UI design optimizations, the usability tests ultimately validated our hypothesis that the gamification format was an effective learning framework. Users were extremely receptive to the various question and answer formats, and expressed that having access to this type of information throughout their resettlement journey would have been extremely helpful.

Across the United States, organizations resettling refugees through the Reception and Placement Program have been including Settle In as a part of their service delivery. Staff from these offices report that the app helps refugees recall important information.

"It helps [refugees] significantly because using the app on a regular basis helps retain things they learned earlier," said one resettlement staff member at an office that loads Settle In onto phones of arriving refugees.

Video for Settle In 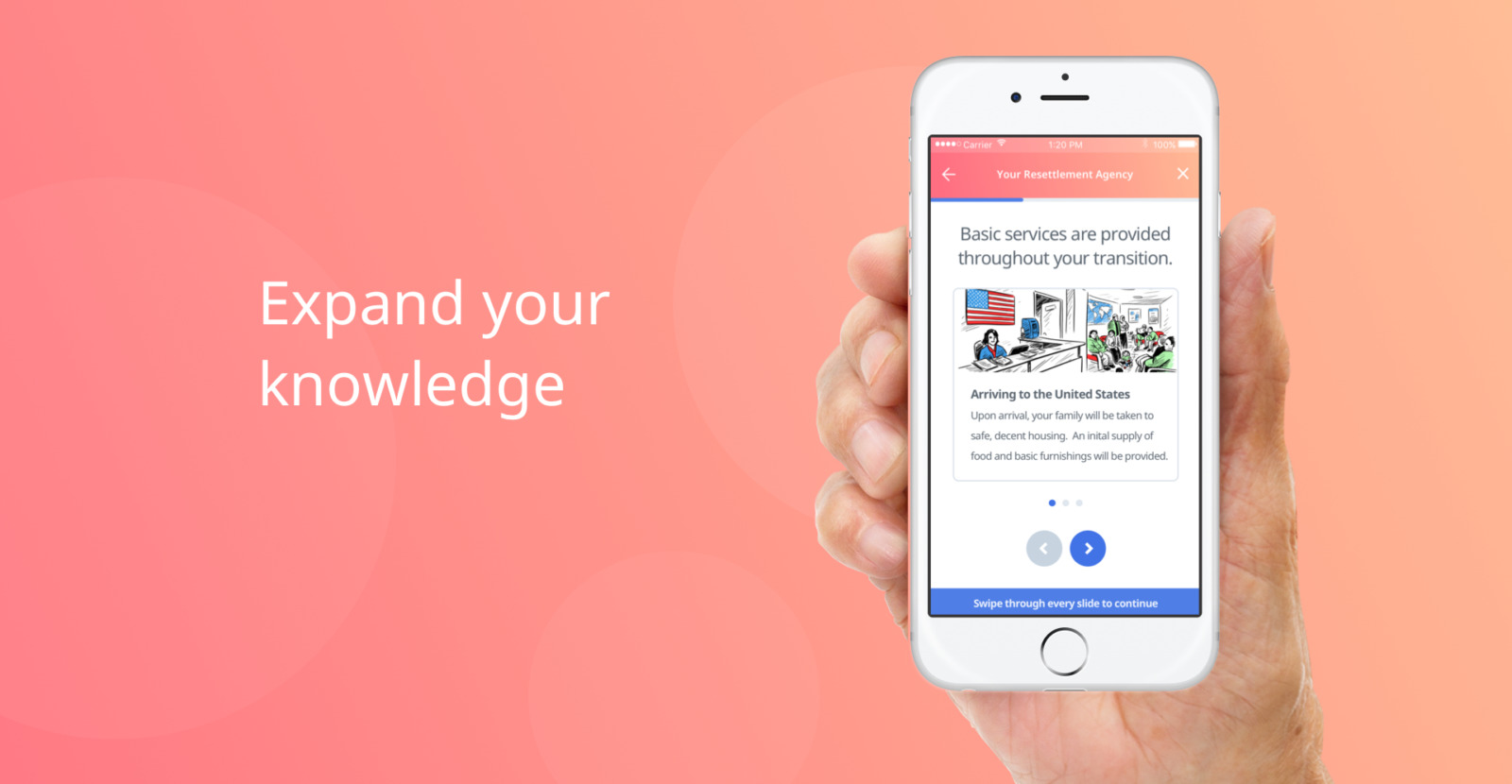 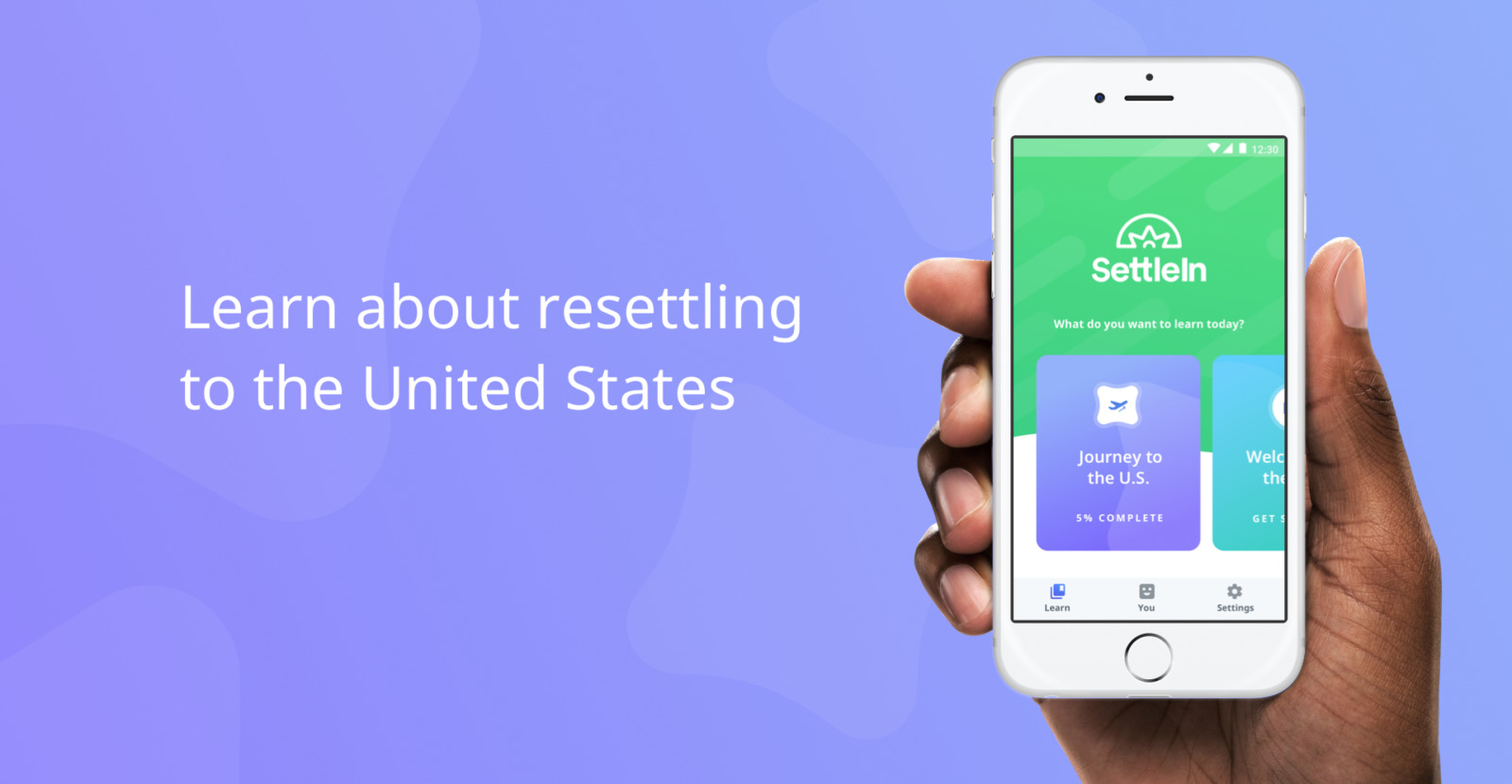 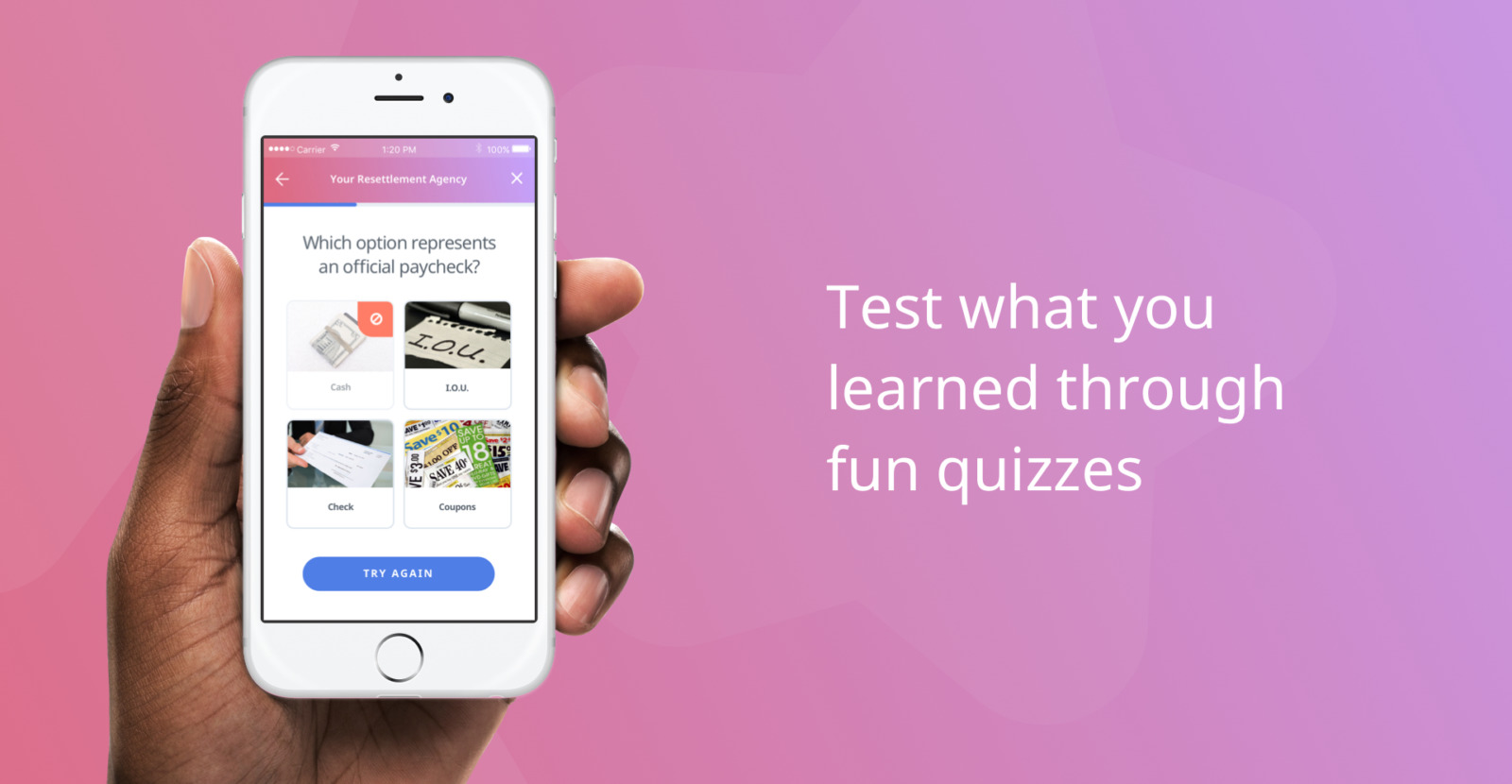 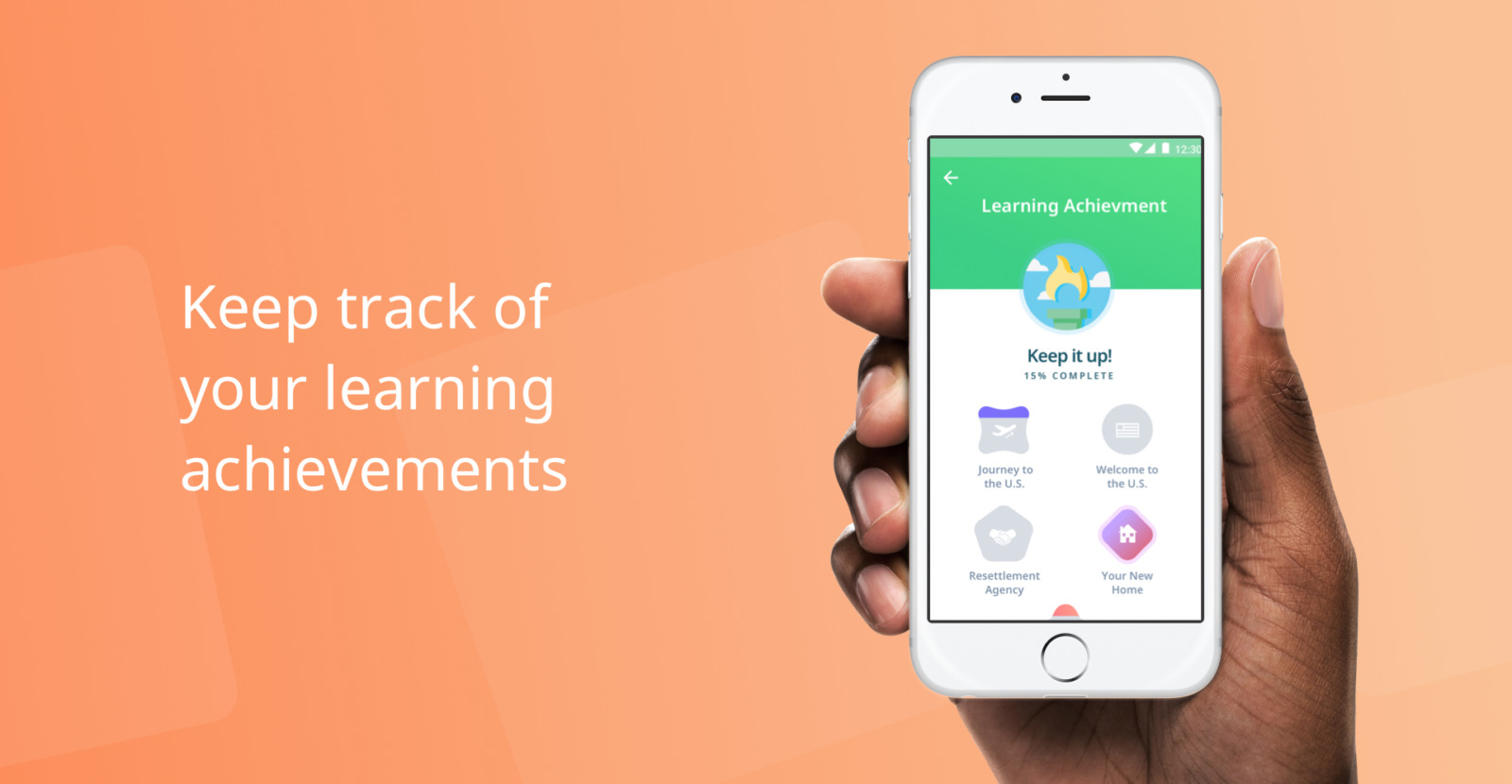 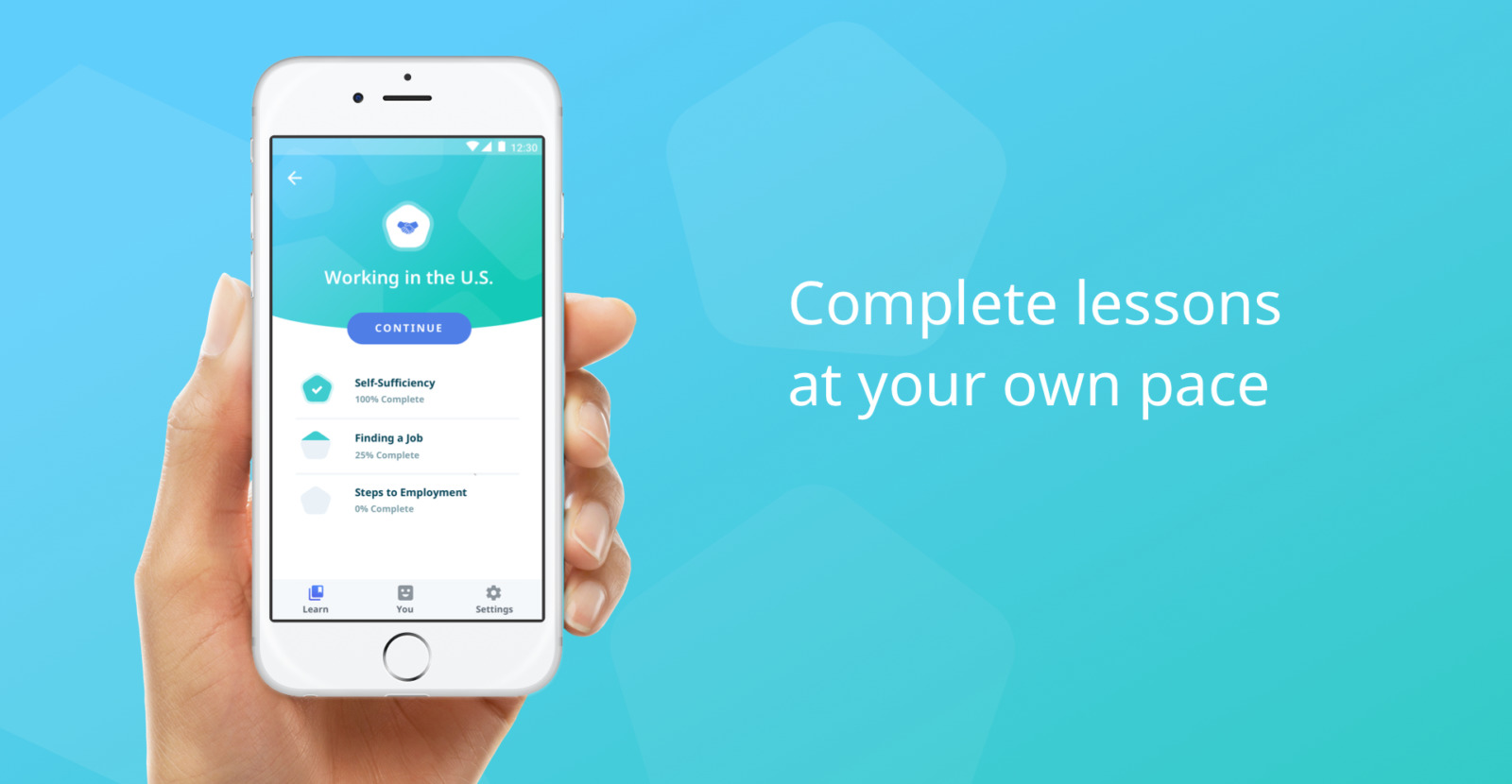 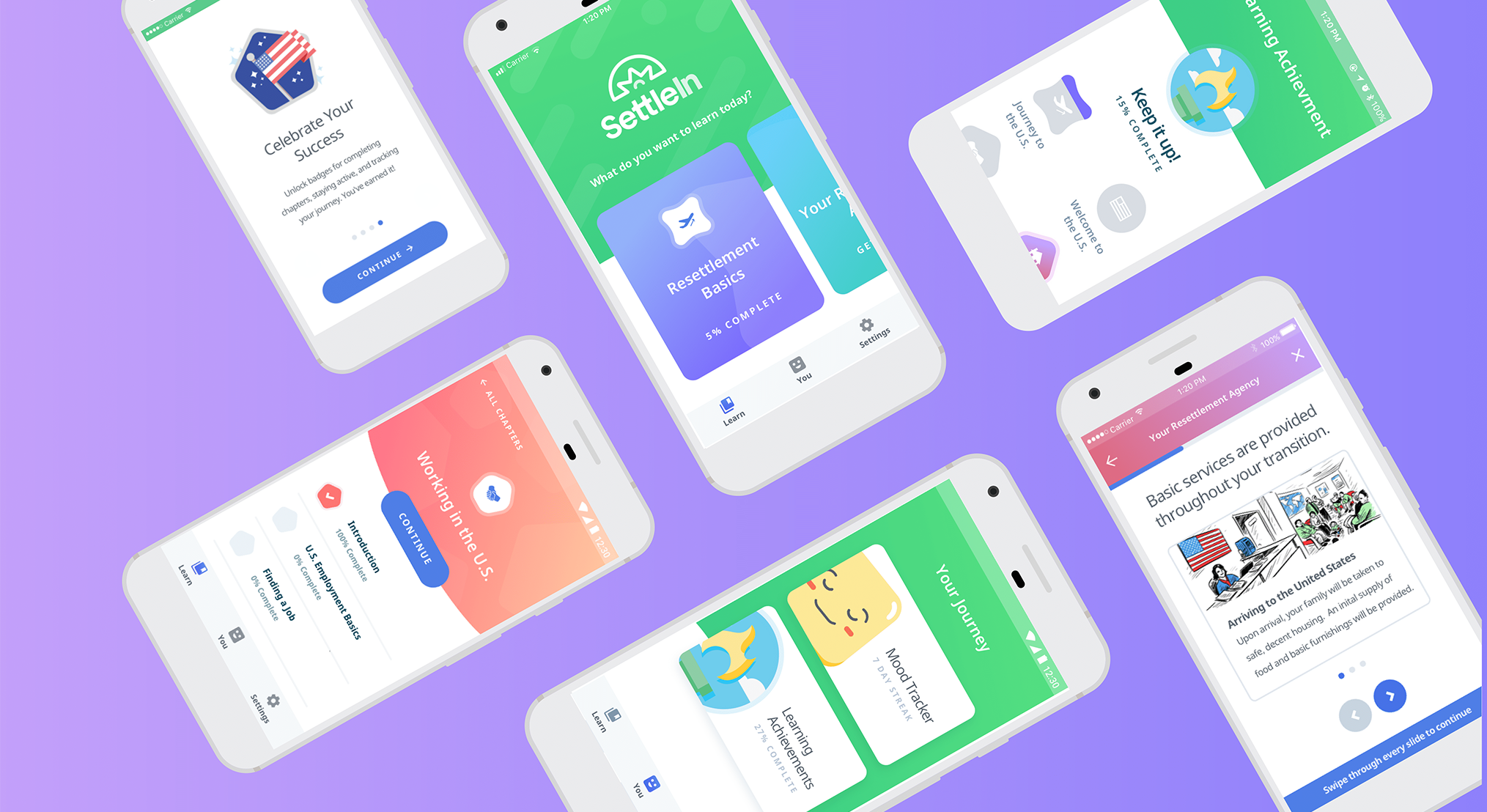