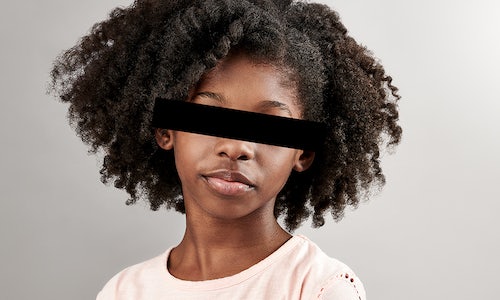 Everyone agrees that child abuse is horrendous, but many believe that public services such as the police and Child Protective Services cover this situation. While they do play a really important role, there is a stark need for nonprofit Children’s Advocacy Centers to help align public and private services, such as therapy, to minimize the trauma inflicted on this vulnerable group.

Dallas Children’s Advocacy Center (DCAC) serves this role for Dallas County. They not only provide many of the private services these kids and their non-offending family members need, like therapy, but also frequently go above and beyond to restore hope for these kids.

It had been years since DCAC reached out to those beyond its existing (and shrinking) network. The scale of child abuse is also much larger than people realize – it impacts every neighborhood and across all demographics. So we needed to “hit close to home” in order to connect. Our objective was to engage the community in a discussion about the scale of the problem and thereby raise the importance of getting involved with DCAC.

Because child abuse victims are under 18 and many are involved in ongoing legal cases, their identities and stories must be concealed to protect them. Turning this challenge into inspiration, we created a movement called “Save Jane.” A diverse group of children are shown with a black bar across their eyes with the statement, “I am Jane Doe.” They are no longer nameless kids but instead become the kid in your daughter’s class, the boy on your son’s soccer team, or the girl walking by you at the mall.

We started with teaser billboards and radio reads – generating interest in the cause and the coming event. We launched various social media ads to drive awareness of the event and encourage sign-ups to read names by linking to savejane.com. On May 2, 2019, volunteers from around North Texas gathered at a centrally located park to read the “names” of every single child reported abused in Dallas County in 2018 – with a twist. The names “Jane Doe” and “John Doe” were read 27,456 times, one by one. The reading went on for 27 hours straight, proving that DCAC will never stop fighting for these children who have suffered unspeakable abuse. Three local news broadcasters volunteered their time and expertise to do Facebook Live sessions throughout the event, capturing what was happening and why for those who couldn’t attend in person.

That same day, we ran four consecutive pages of abused children’s “names” in The Dallas Morning News. It was so impactful that the newspaper pages were shown on the evening news. The multifaceted campaign included out-of-home across the city, magazine ads, digital video, paid social media, and online display ads.

Through generous donations of time and media placements, the campaign felt much bigger than its small budget would have allowed. The event attracted a huge variety of participants, from those who had been abused themselves to those who regularly fight for justice, like police chiefs and judges. Celebrities like Mark Cuban and a local high school cheerleading squad got involved. People passing by stopped and waited to read names. In total, 250 people took turns reading names. Throughout, people made donations and asked for information on DCAC and child abuse.

Although not a primary objective for the campaign, increased visibility of DCAC motivated people to get involved. The numbers of donations and volunteer sign-ups have doubled in comparison to the same time last year, providing fresh enthusiasm and passion for those involved.

Video for Save Jane 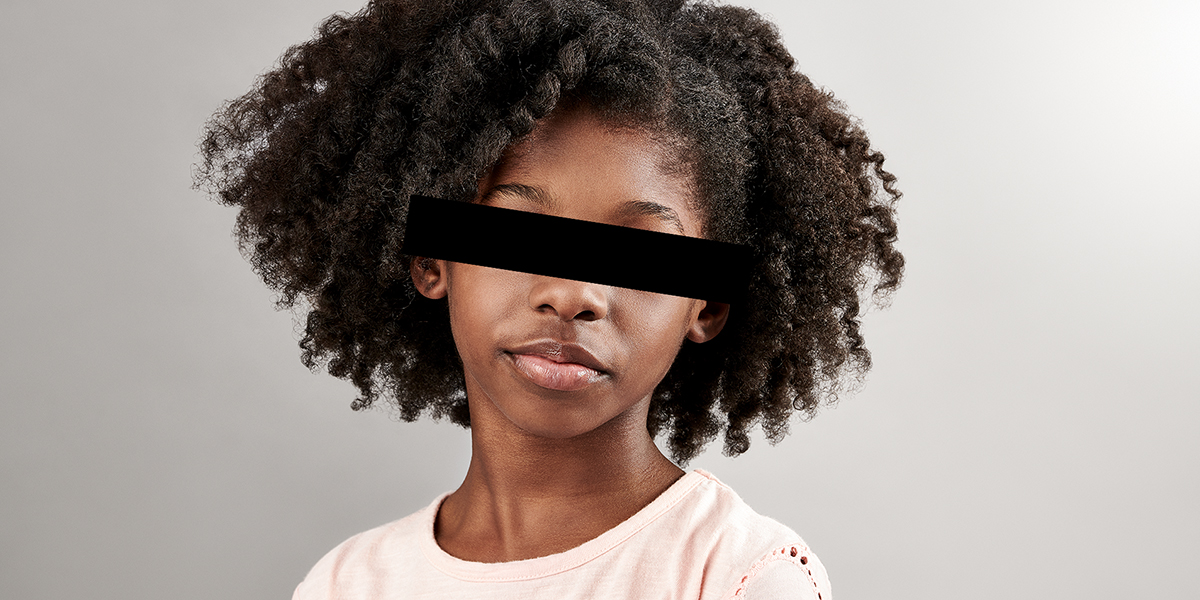 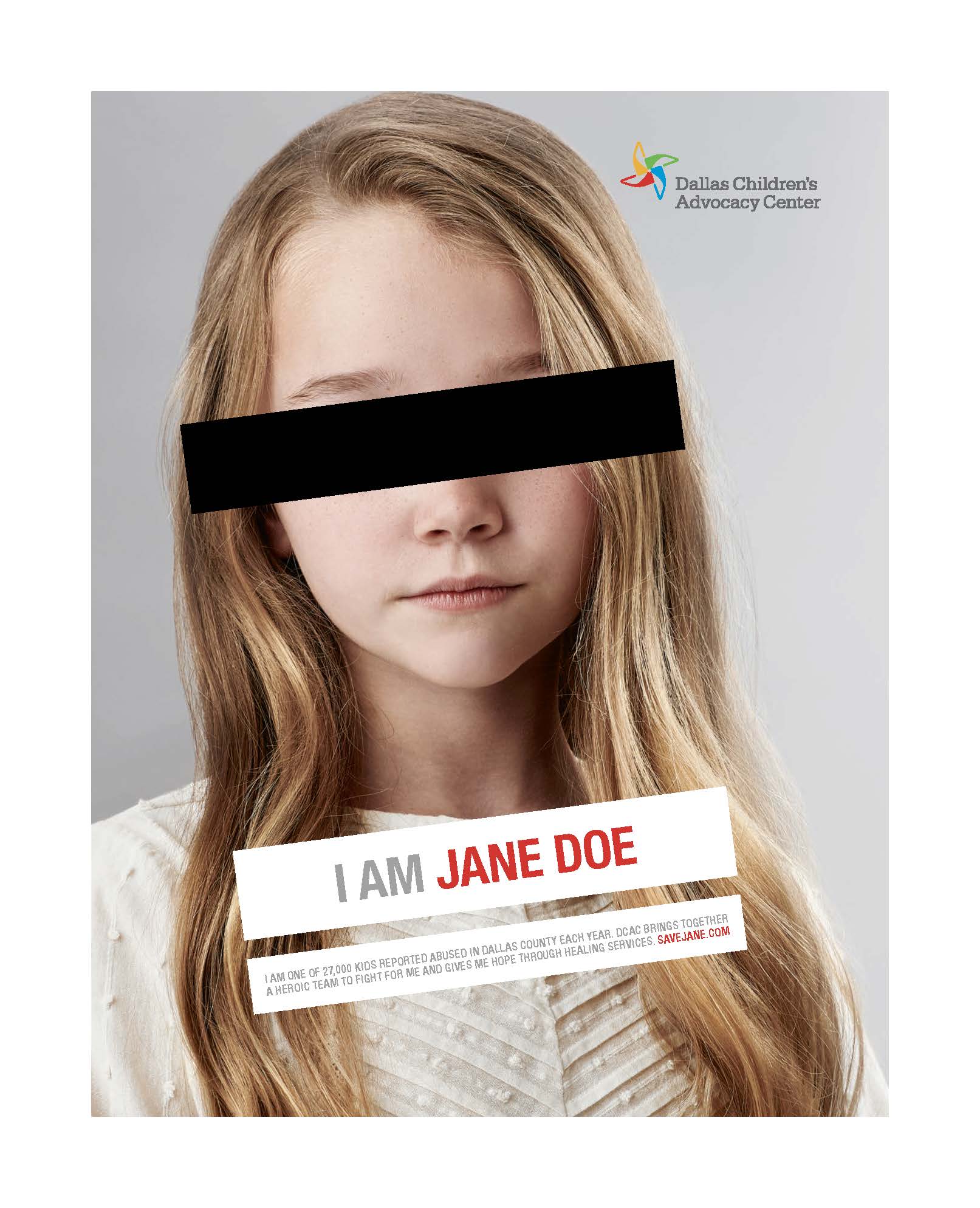 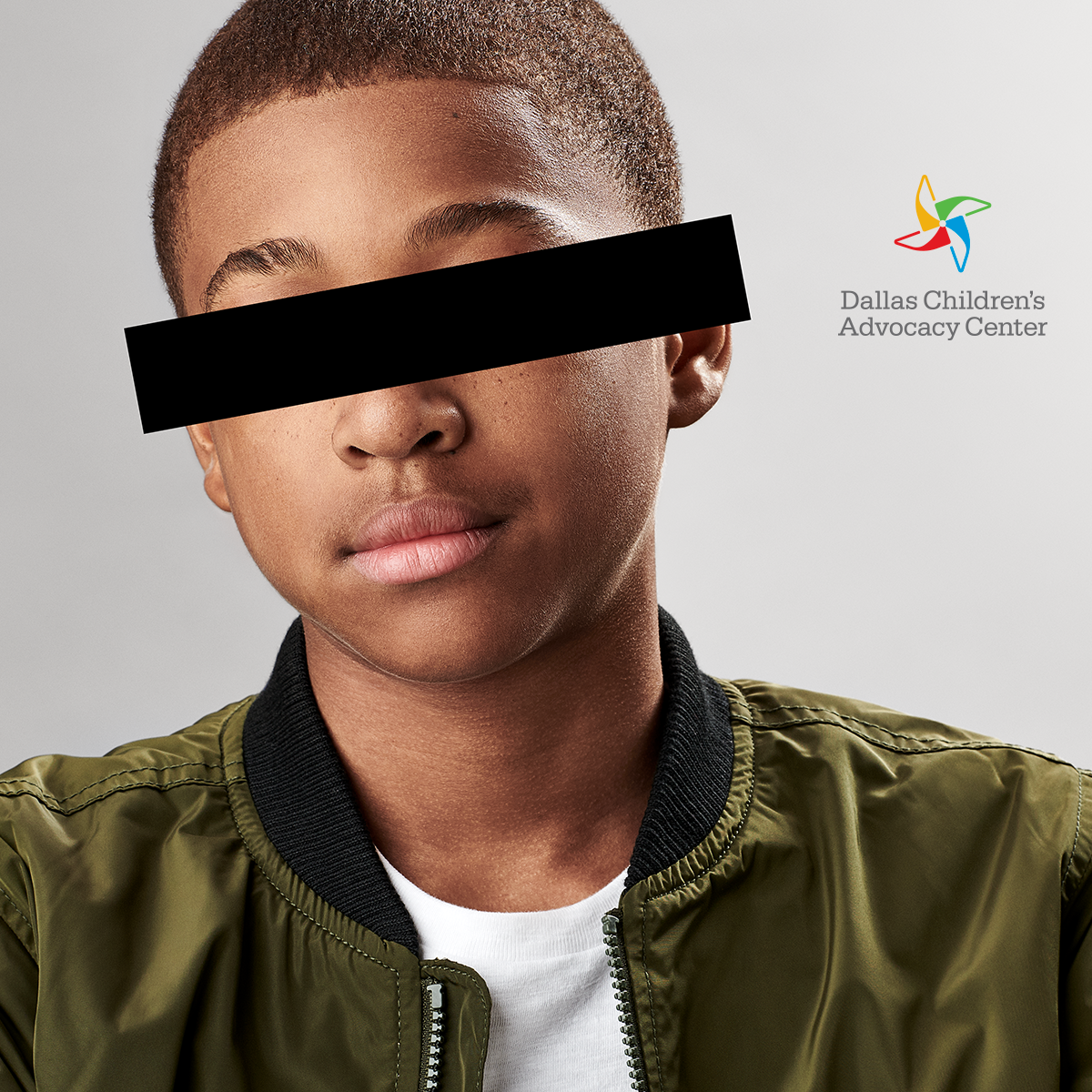 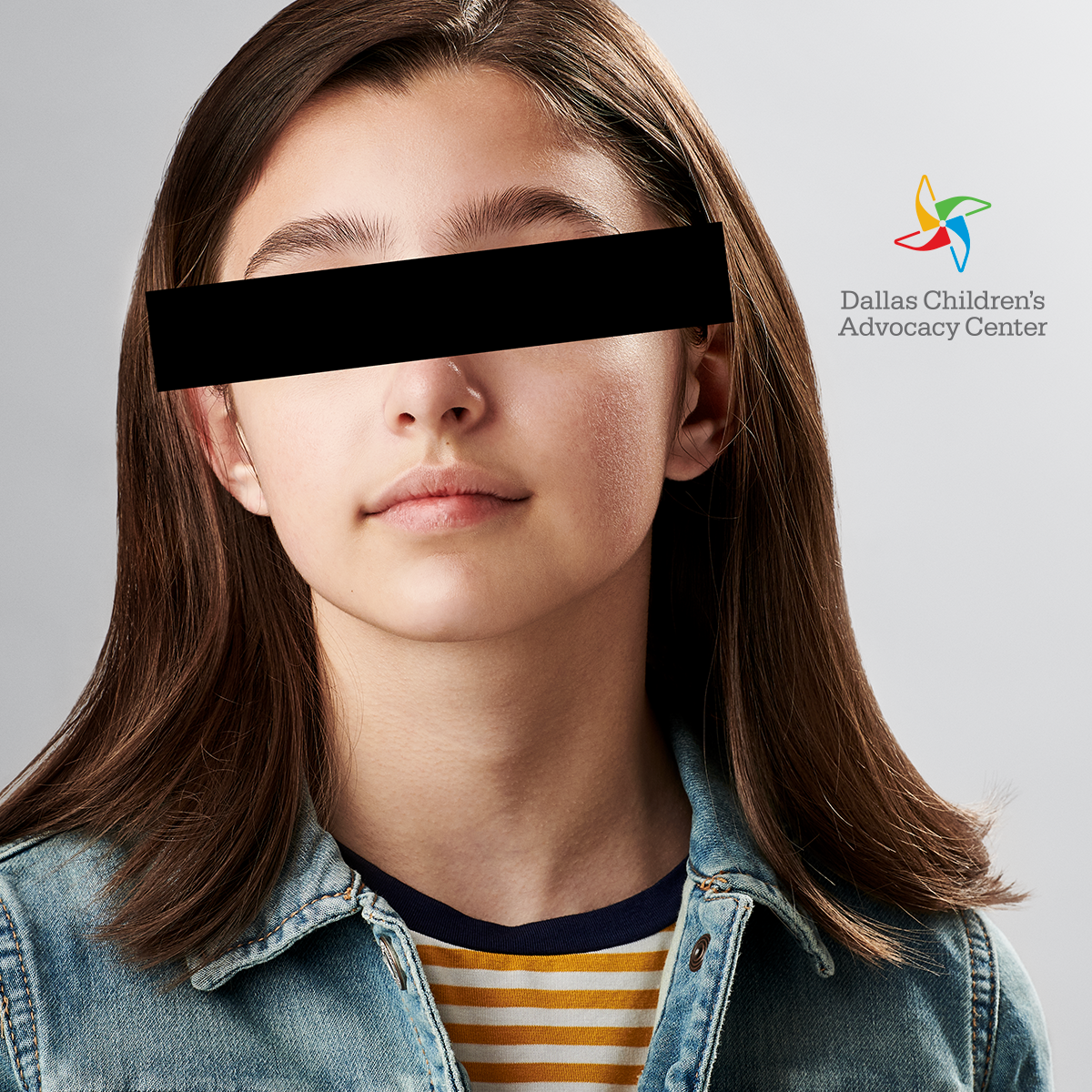 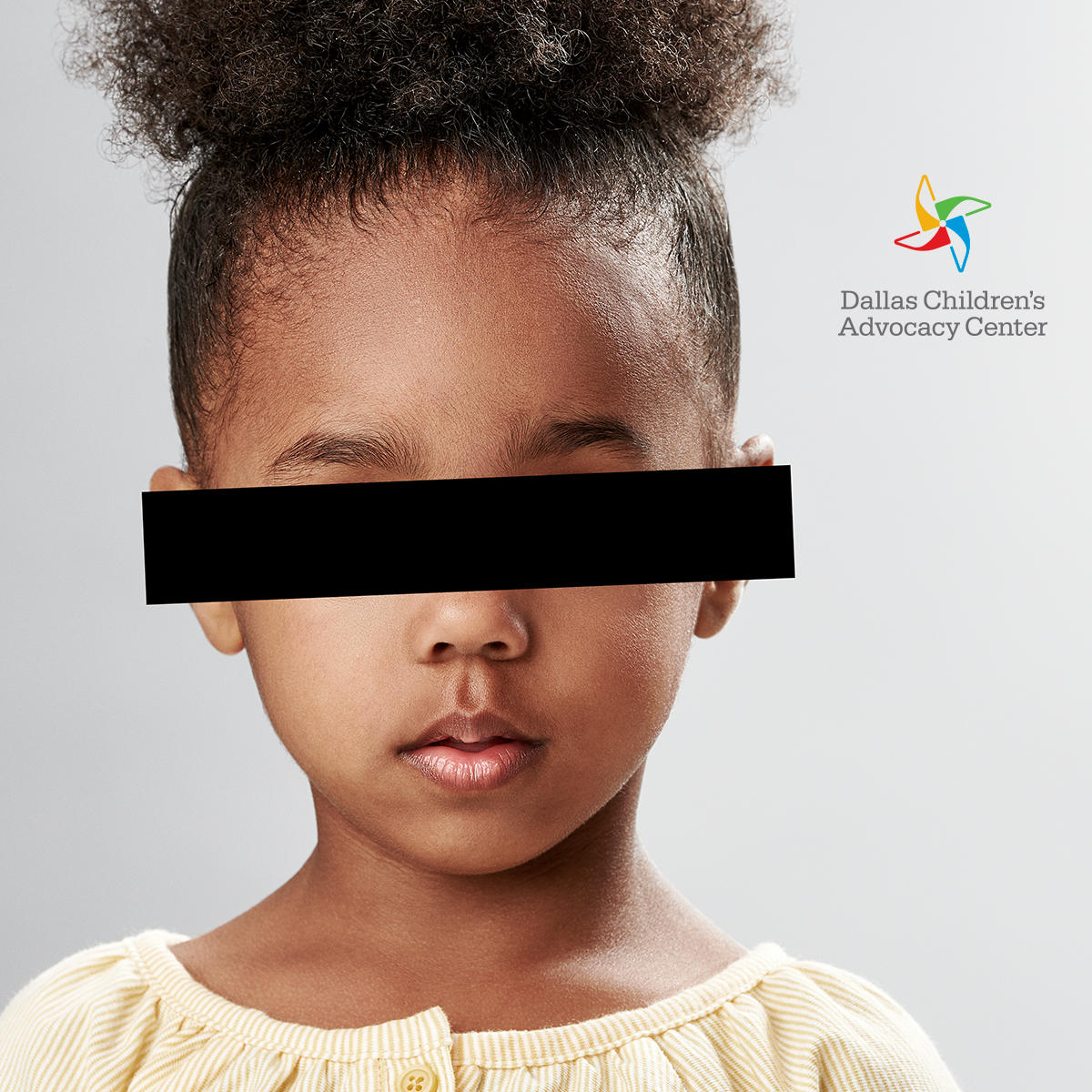 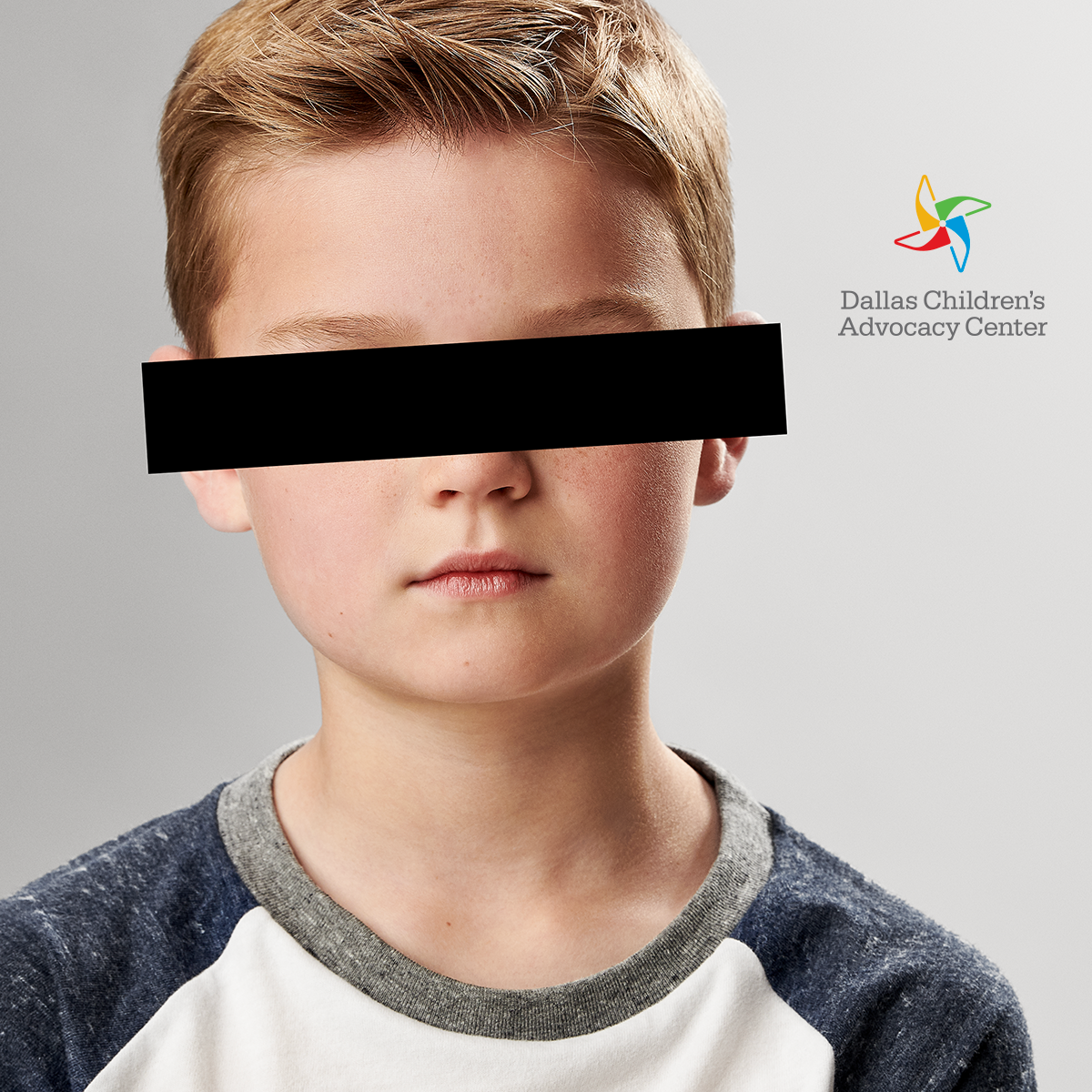