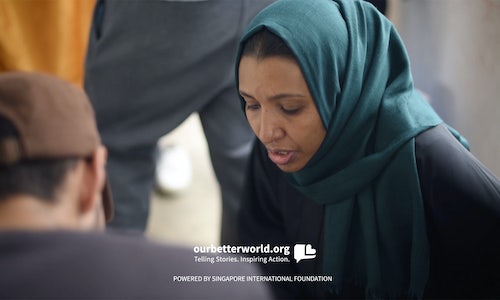 Our Better World (OBW) is a digital storytelling initiative of the Singapore International Foundation that tells stories across Asia to inspire people online to take action and create a positive impact in the world.

There is an unprecedented 70.8 million people displaced worldwide. Every day, conflict and persecution force 37,000 people to flee their homes and risk their lives.

OBW tells the stories of those who are part of the solution to the refugee crisis - refugees and non-refugees alike - in the hopes of inspiring others to do the same.

In June 2019 to commemorate World Refugee Day, OBW launched its series Refugees: Displaced, not Discouraged. This series tells stories of how refugees in Asia are finding ways to not only survive but thrive as they await resettlement, and the communities that are helping them get back on their feet.

The goal of the series was to raise awareness on the plight of refugees in Asia and inspire people to take action.

The message: refugees are not looking for a hand out but a hand up. We focused on stories from Afghan, Rohingya and Yemeni refugees who are helping other refugees build agency and self efficacy in their host countries of Malaysia and Indonesia, despite not having access to education, employment and health care. (Malaysia and Indonesia have never ratified the UN Refugee Convention and are not obliged to provide protection to asylum seekers and refugees)

We kicked off the campaign with a bit of Refugee 101:

An explainer to differentiate refugees from migrants

Many in Southeast Asia mistake refugees as migrants. To clarify, we created an explainer in the form of a Facebook album.

A listicle of organisations helping refugees where people can consider contributing to.

This listicle was a way of giving people simple options to choose from.

We also asked people to sign up for a newsletter on our upcoming refugee stories.

The second wave was the consecutive launch of our three refugee stories. This meant we focused on the specific needs of the individuals/organisations featured in each story.

The first story was of Refugee Learning Center (RLC) in Indonesia, a school founded and run by Afghan refugees for refugees. RLC needed volunteer teachers on a variety of topics, so we called for each one in separate posts across Facebook, Twitter and Instagram. We also drove people to RLC’s donation site.

The second story was of the Rohingya Women Development Network (RWDN) that seeks to empower Rohingya refugee women in Malaysia.  Our call to action was to volunteer for RWDN and to buy earrings crafted by Rohingya women on their site.

On Facebook, the RWDN story was to engage people in a healthy discussion on the Rohingya humanitarian crisis. We knew prior to launching the story that things could get heated on social media. Not only was religion involved (Rohingya people are Muslim in a predominantly Buddhist Myanmar), there was also issues of nationality (Rohingya people are stateless) as well as human rights. To address this, we created a comprehensive internal document on the Rohingya refugee situation in Asia. This guided our conversations online and kept us grounded on our belief that displaced people must be treated with dignity and respect.

The third story was about Yusra, a resilient refugee and single mother from Yemen who is now a force of good in the refugee community in Kuala Lumpur.

We saw an opportunity this year to tap on our online community to share the relationships and experiences they have with refugees to inspire others to make friends with refugees too.

A blog post from Singaporean Farhana who befriended Hasan an Afghan refugee after she saw our story on him and how they are now working together.

We also had a blog post written by Nila, an influencer in Indonesia and the founder of Rainbow Reading Gardens which we featured in a story in 2015. Nila wrote about her friendship with Abdullah, the Founder of RLC and how they’ve collaborated to help refugees in Indonesia.

We wouldn’t be able to do our work without our storytellers and our own producer Sharon Pereira willingly shared her experience in a blog post filming the story of Yusra and the generous hospitality she received from the refugees.

The whole refugee series received 2.83 million views and was shared 4,849 times. The campaign facilitated conversations online that made more people aware of the crisis, gave them the opportunity get to know the personal journeys of Afghan, Rohingya and Yemeni refugees featured in our stories, and provided tangible ways on how we can all help improve the lives of the displaced in our midst.

RLC needed both funding and volunteers. The story was able to deliver on both fronts. RLC received over 1 million views, which helped them reach their fundraising goal of US$6.6K. A total of 172 volunteer signed up to teach at RLC, the most number they’ve ever received.

Abdullah Sarwari, Founder of RLC: "We used to receive almost no volunteer sign ups before the launch of OBW story. But by the end of the campaign we had more than 100 sign ups. That was very surprising to us and it made us feel amazing."

Unlike the other refugee stories, Yusra’s story was meant to be more inspirational than actionable. It delivered on that point, as seen from the positive responses. Her identity as a single mother was relatable to the audience, playing a role in getting the audience to empathise with her predicament.

Video for Refugees: Displaced, not discouraged 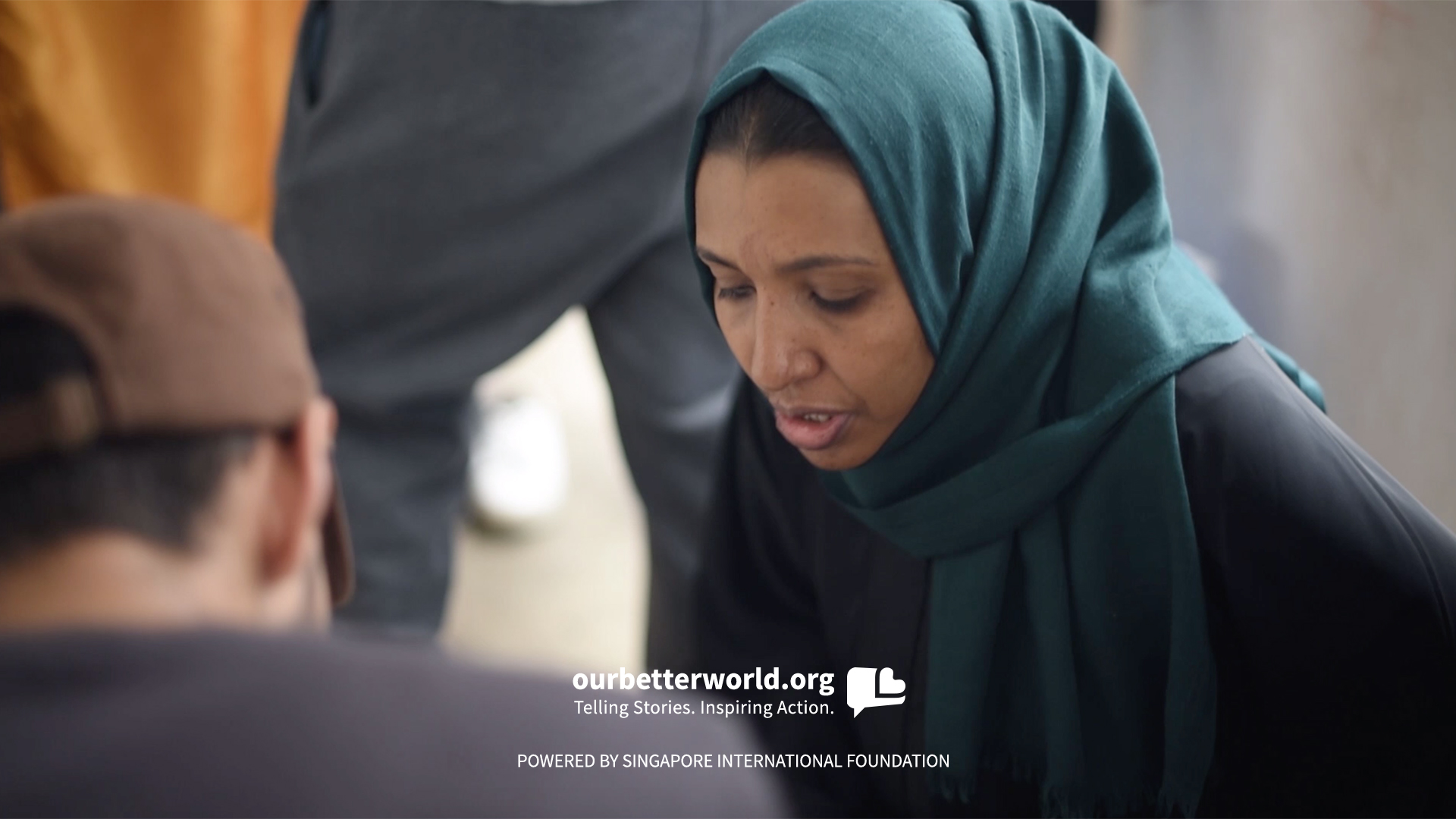 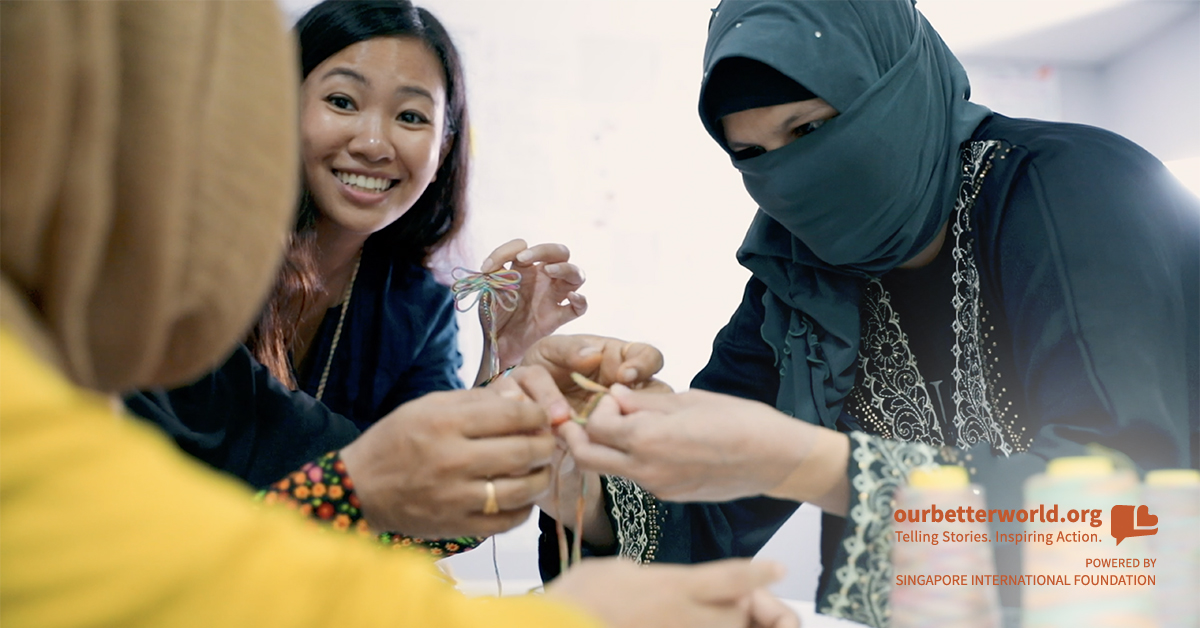 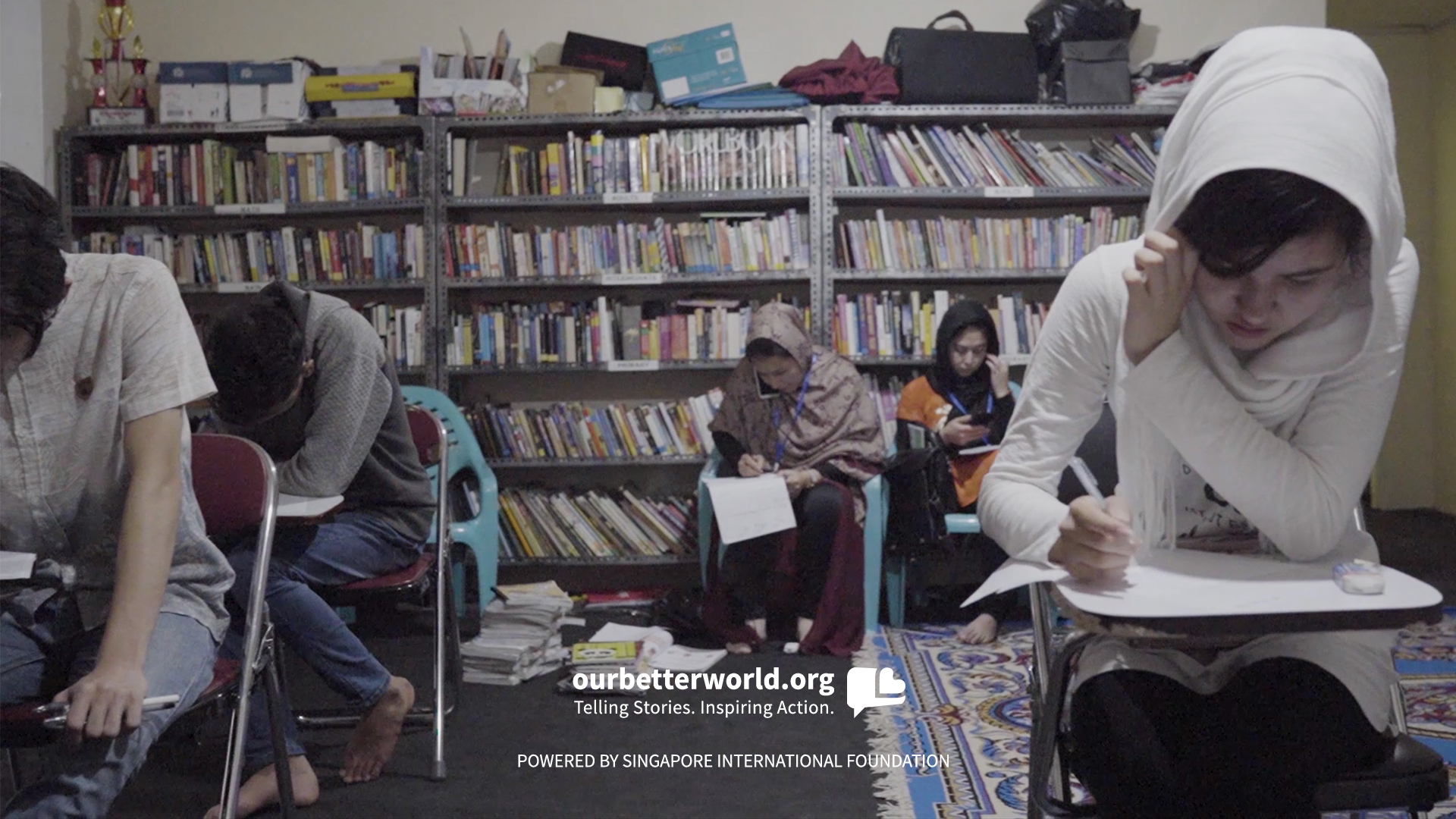