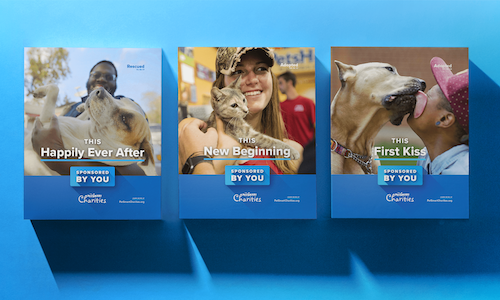 “Where do my charitable donations really go? Am I really helping make a difference?”

For 25 years, people have been donating at the PINPad in PetSmart stores — an obligatory reflex that almost never merited a second thought.  But a dollar here and a dollar there, over decades, has been the source of life-changing impact for pets and their humans via grants from PetSmart Charities. We felt it was time to show our appreciation and raise a little awareness for PetSmart Charities, turning that PINPad press at the check-out counter into something intentional and rewarding for donors. Rather than just talk about ourselves, we turned the spotlight on everyone who makes PetSmart Charities possible in the first place. To do this, we created an integrated marketing campaign built around one idea: everything that PetSmart Charities does, is Sponsored By You.

Each moment our content studios team captured turned dollars into impact, and donors into sponsors of feel-good moments and life-changing relationships between pets and people.

The :15 and :30 second commercials aired in the U.S. and Canada, while the :60 second version was the center of our paid campaign on YouTube. We supplemented this with social content, cross-promotions with our animal welfare partners, and in-store touchpoints at PetSmart stores. Every element showcased the bond between pets and people - each bond made possible thanks to the millions of dollars donated to PetSmart Charities.

We knew people and puppies were a formula for success, but the Sponsored By You story and creative placements outperformed every expectation. 9 out of 10 customers said they were more likely to donate after seeing the ad—and that’s just the beginning. In the first two months, this integrated marketing campaign resulted in:

*(best in class, according to a Google study based on studies from Retail vertical(s))

Video for PetSmart Charities Donor Appreciation -- Sponsored by You 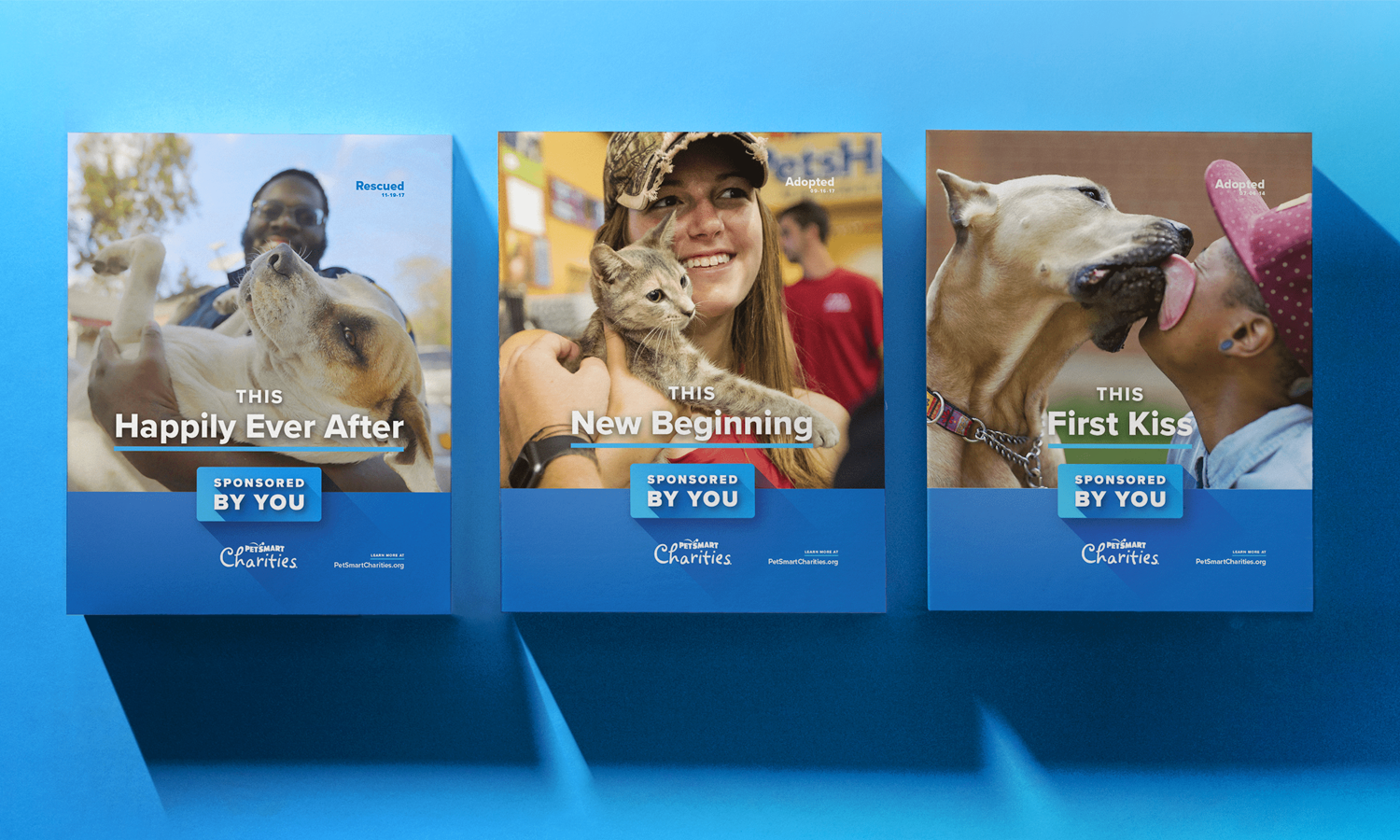 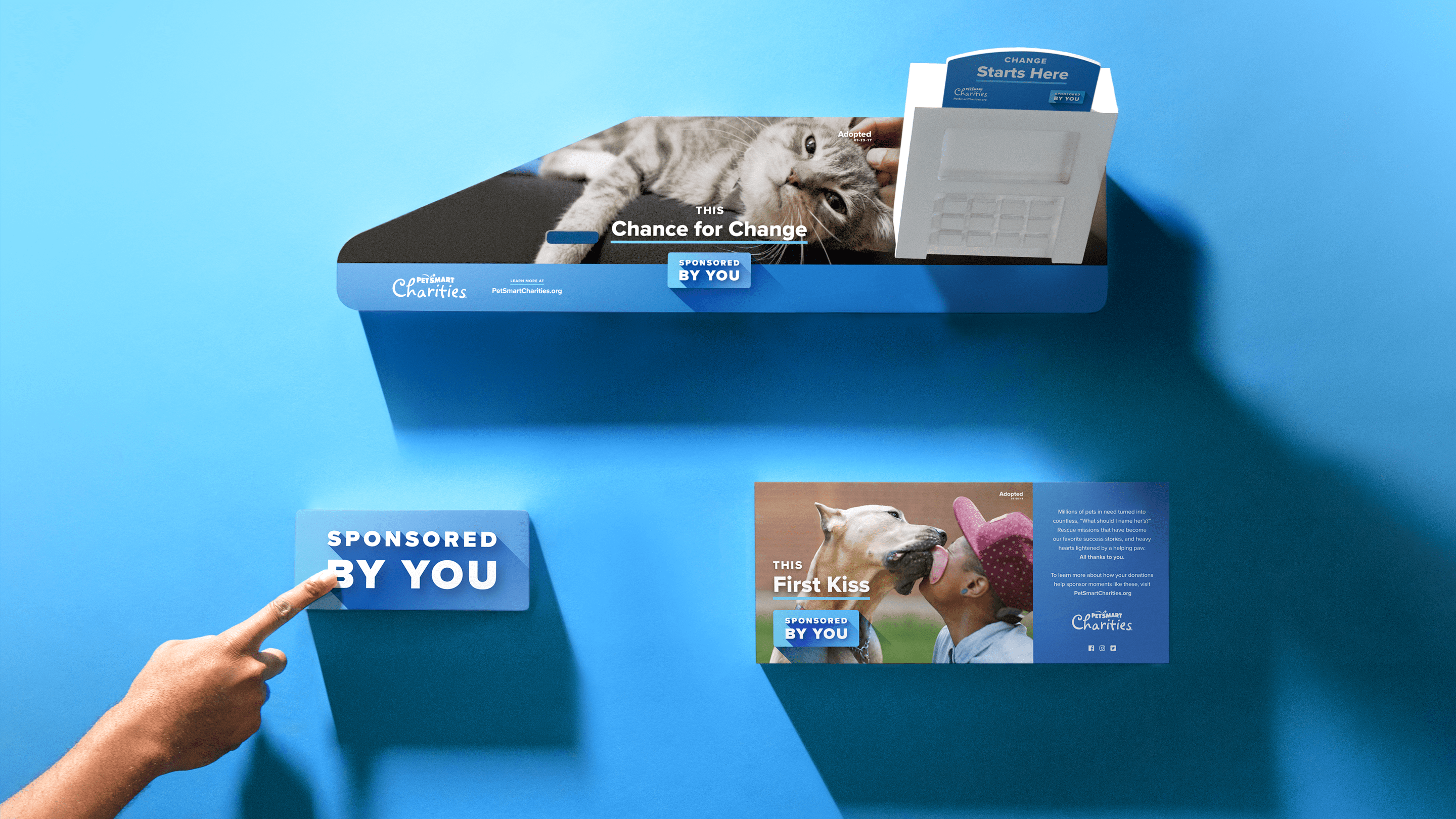 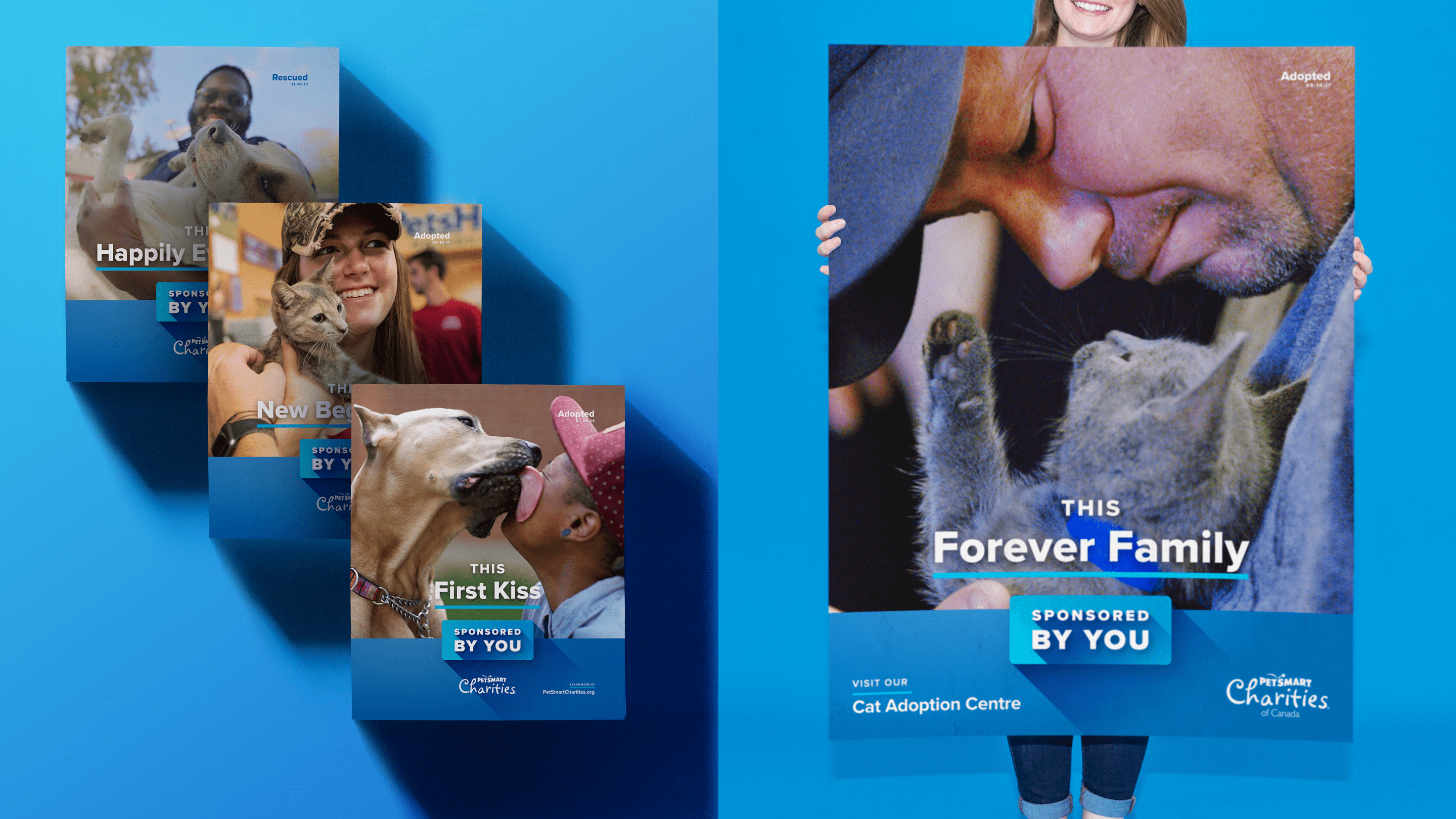