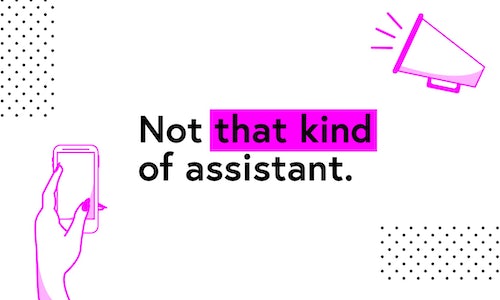 Not That Kind of Assistant

Right now, if you yelled something blatantly offensive and sexist at your iphone, or even called Siri a bitch, you might get “Thanks for the feedback” as a response. That’s crazy. Would you be appalled? We were! And as a group of all-female interns, we found our mission: to cancel sexist tech. Well that, and to land a job—all in 7 weeks.

With virtually no budget, we knew we had to strive for earned media and PR to give this issue the attention it so desperately needed.

We started by creating goals:

It’s 2019, so why are gender stereotypes still being reinforced? More importantly, why are mammoth companies like Apple and Google the ones reinforcing them?

The major culprit here is underrepresentation in tech. Studies show that these digital assistants typically have default female voices and names – Siri, Alexa, Cortana, etc. However, the people responsible for developing this technology are primarily men – women comprise only 10% of the AI research staff at Google. With less diversity, there is a limited point of view, and consequently, the potential for features unfavorable to women to slip through. Men are dictating what becomes the norm in AI, as well as tech. With more than 90 million smartphone users using digital assistants every month, this means gender stereotypes are continuing to be reinforced with a growing population of women, men, and children.

Yes, Siri is just a robot, but there’s no reason to let gender stereotypes of any kind slip through anymore. We saw that we needed to challenge big tech like Apple to #CancelSexistTech and bring this issue to consumer awareness as well.

So we created #NotThatKindofAssistant. Using social media, influencer marketing and public relations, we called out some of the existing problematic responses and proposed far more appropriate ones to use instead. For example, we think Siri should reply with “That’s not very woke of you.” if someone calls her a bitch.

We also got the public and some influencers to lean into the issue by submitting their own alternate responses. To stamp our message on their content and engage with their followers, we created a set of GIPHY’s. By getting consumers involved, we created a crowd-sourced inventory of ready-to-use, and far more appropriate responses for Apple or Google to implement immediately.

The development of #NotThatKindofAssistant not only started a conversation among everyday tech consumers, it also garnered the attention of 4 high-profile influencers who shared our message with over 182,500,000 of their collective followers. The industry noticed too – our campaign received coverage in industry publications including: Adweek, Agency Spy, The Drum, Campaign US, MediaPost, ZDNet, SmartBrief, The Stable, TrendHunter, and Clube de Criação.

All of this in 7 weeks, with no budget. We call that a win. And we’re not done yet.

Video for Not That Kind of Assistant 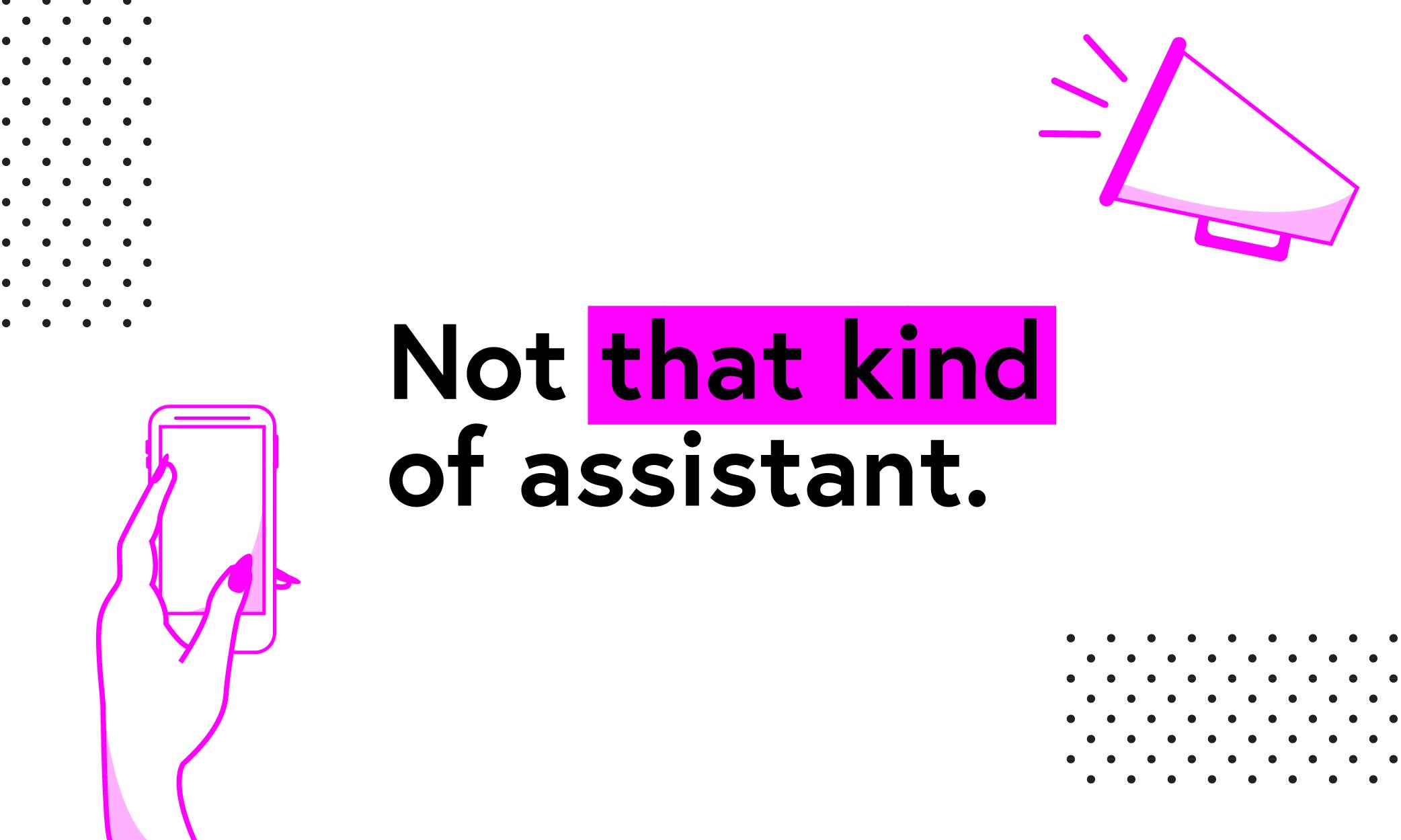