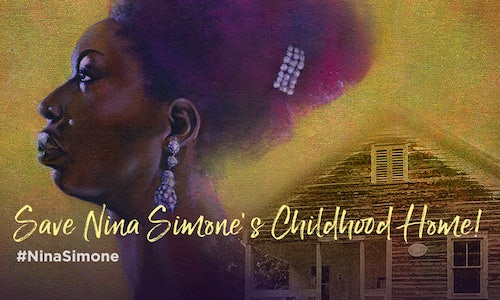 The National Trust for Historic Preservation is dedicated to saving and amplifying America’s diverse history. The goal of this project was to strategize and implement a campaign that utilized crowdfunding to raise enough funds to restore legendary artist and civil rights activist Nina Simone’s childhood home in Tryon, North Carolina. The campaign sought to preserve the legacy of Nina Simone, as so few historic sites are dedicated to African-American history and women’s history.

On July 1, 2019, a crowdfunding campaign kicked off with a host of social media support from influencers and press coverage from Billboard, The Fader, and more. Over the course of the two-month campaign, new perks were announced, including Nina Simone inspired merchandise in exchange for donations, and items for auction that were donated by celebrity supporters.

As a result of the crowdfunding campaign, the National Trust for Historic Preservation was able to surpass their initial goal of $25,000, with donations totaling $33,155 by the campaign’s conclusion on August 30, 2019.

The National Trust for Historic Preservation and Entertain Impact worked with influencers, friends, and family of Nina Simone, and other local organizations dedicated to the preservation of African-American history to identify the most efficient way to raise enough funds to support critical repairs to the exterior of Nina Simone’s childhood home. Together, we conceived a short term plan for maximizing our reach on social media in order to attract more people to the IndieGoGo page.

Entertain Impact identified influencers with a strong mission connection to the campaign, and an interest in the preservation of African-American women’s history. We then implemented them into the campaign according to their interests and bandwidth. Types of influencer support included giving quotes for press releases, posting on social media, and donating exclusive items to be auctioned off. Celebrity supporters included John Legend, Yusuf/Cat Stevens, Patti Labelle, Mahershala Ali, Michael Bublé, NoName, SZA, Issa Rae, Vince Staples, Janelle Monae, and more.

In their dedication to preserving Nina Simone’s legacy, the National Trust for Historic Preservation also offered merchandise with Nina Simone artwork in exchange for donations. Those who made larger donations were also given the opportunity to attend a listening session with a collection of Nina Simone’s most beloved hits at the home in 2020.

The National Trust for Historic Preservation also worked in conjunction with the four artists who bought the home in 2017 as well as the Nina Simone Project, the World Monuments Fund, and the North Carolina African American Heritage Commission. Together, they are working to develop a rehabilitation plan that aligns with the home’s potential future use; identify future ownership and stewardship models for the site; and create additional protections to ensure that this symbol of Simone’s early life and legacy will endure for generations to come.

Through the National Trust for Historic Preservation’s crowdfunding campaign, we were able to raise $33,155 for the restoration of Nina Simone’s childhood home in Tryon, North Carolina. The links shared by influencers on social media channels were clicked over 7,000 times, the campaign had nearly 800 supporters, and the initial fundraising goal of $25,000 was beat by 32 percent. 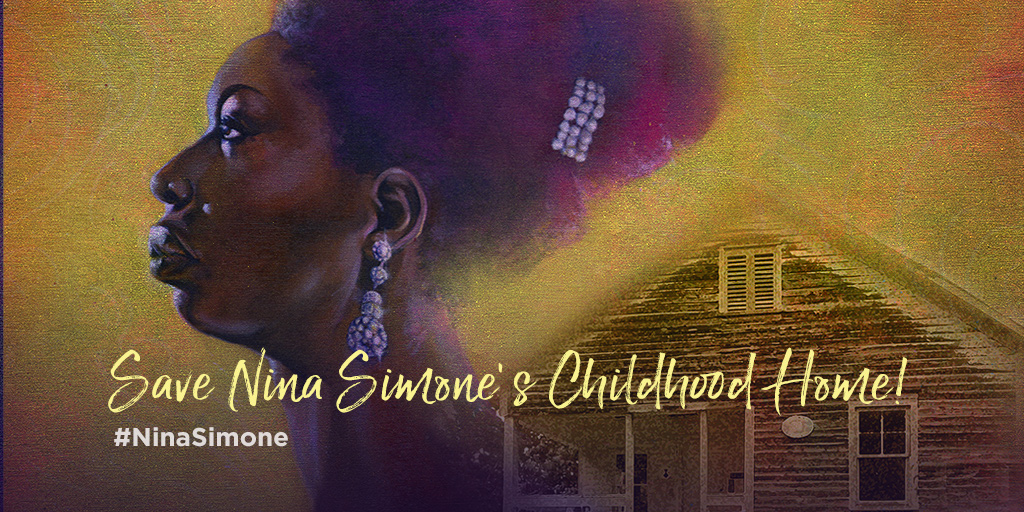 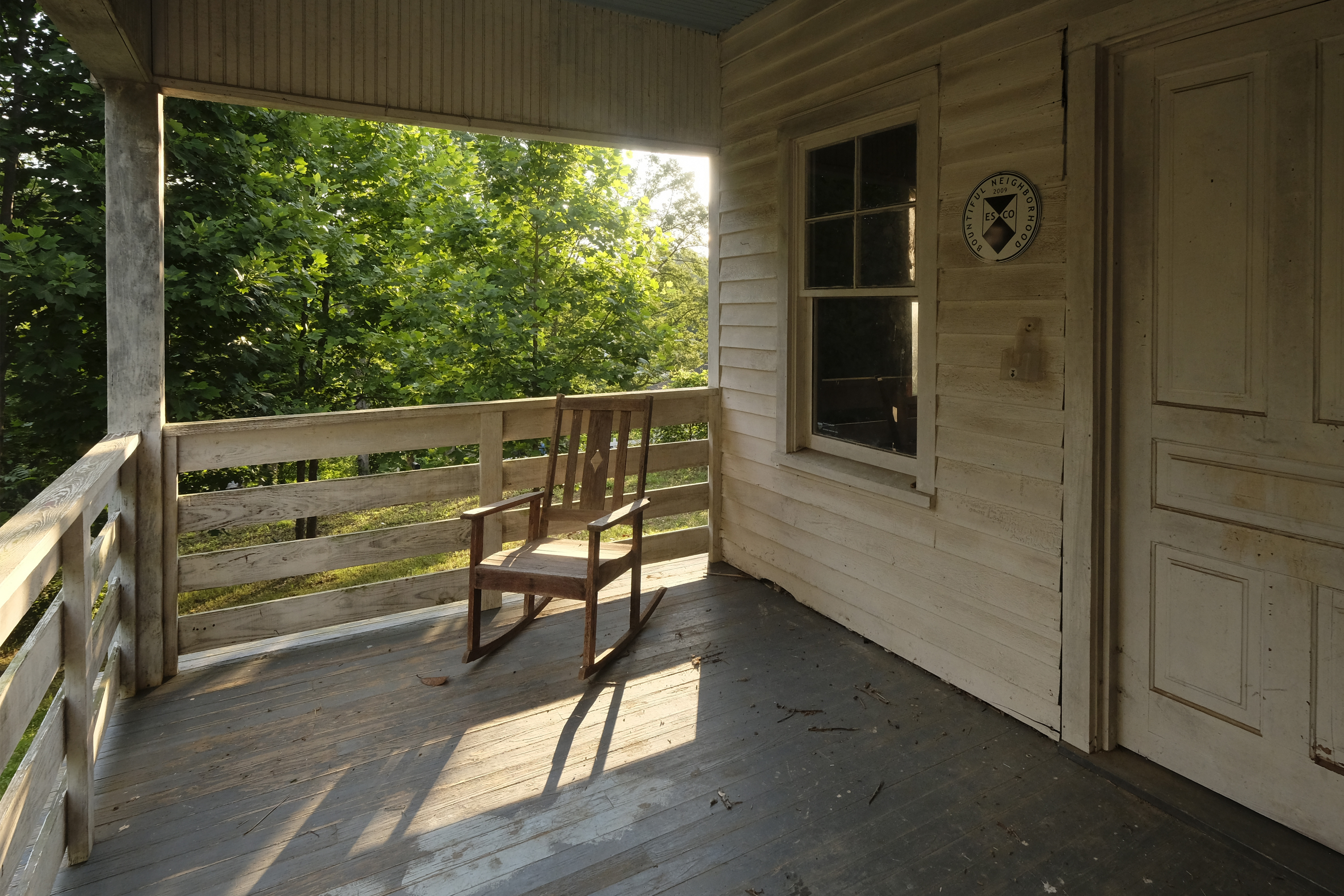 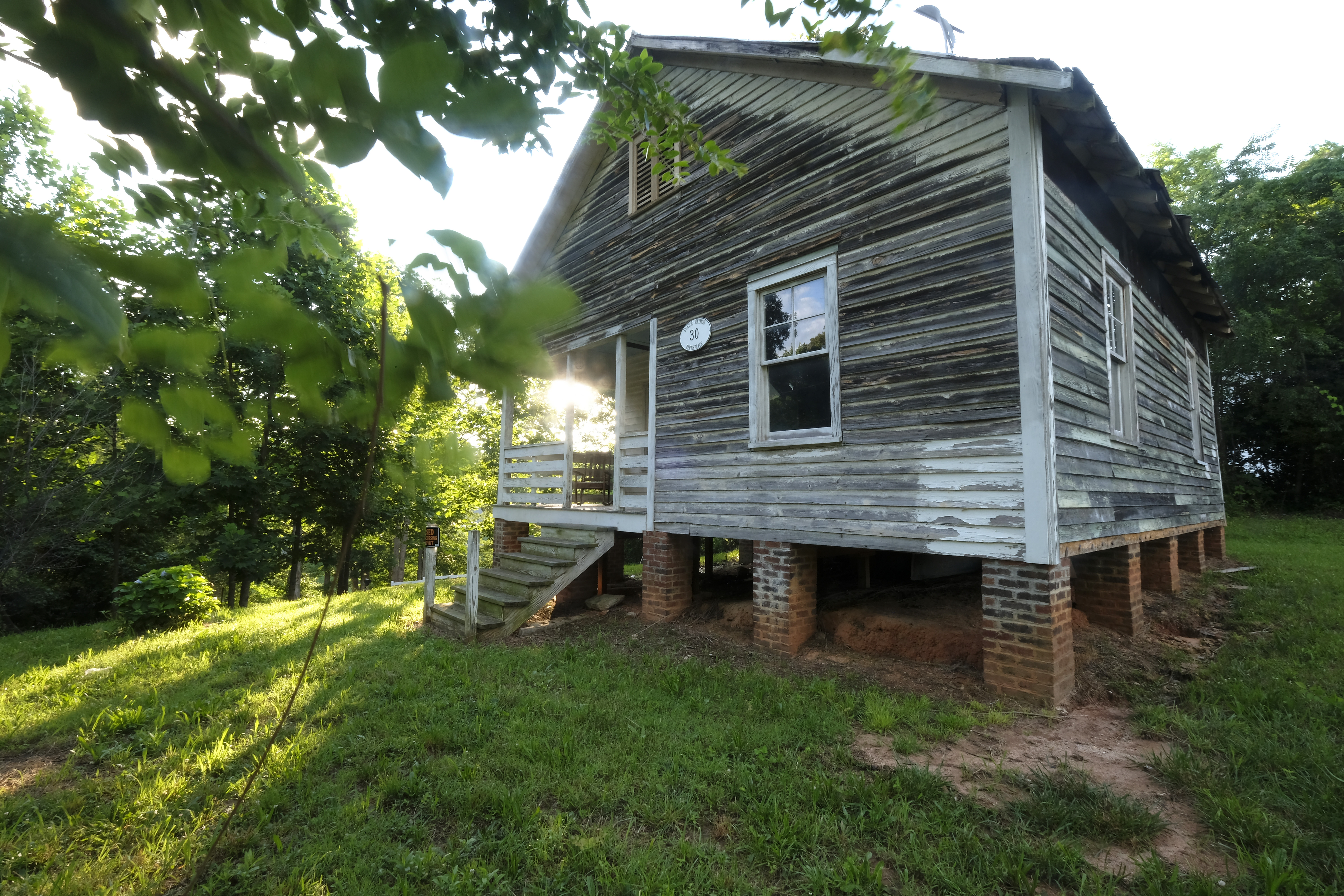 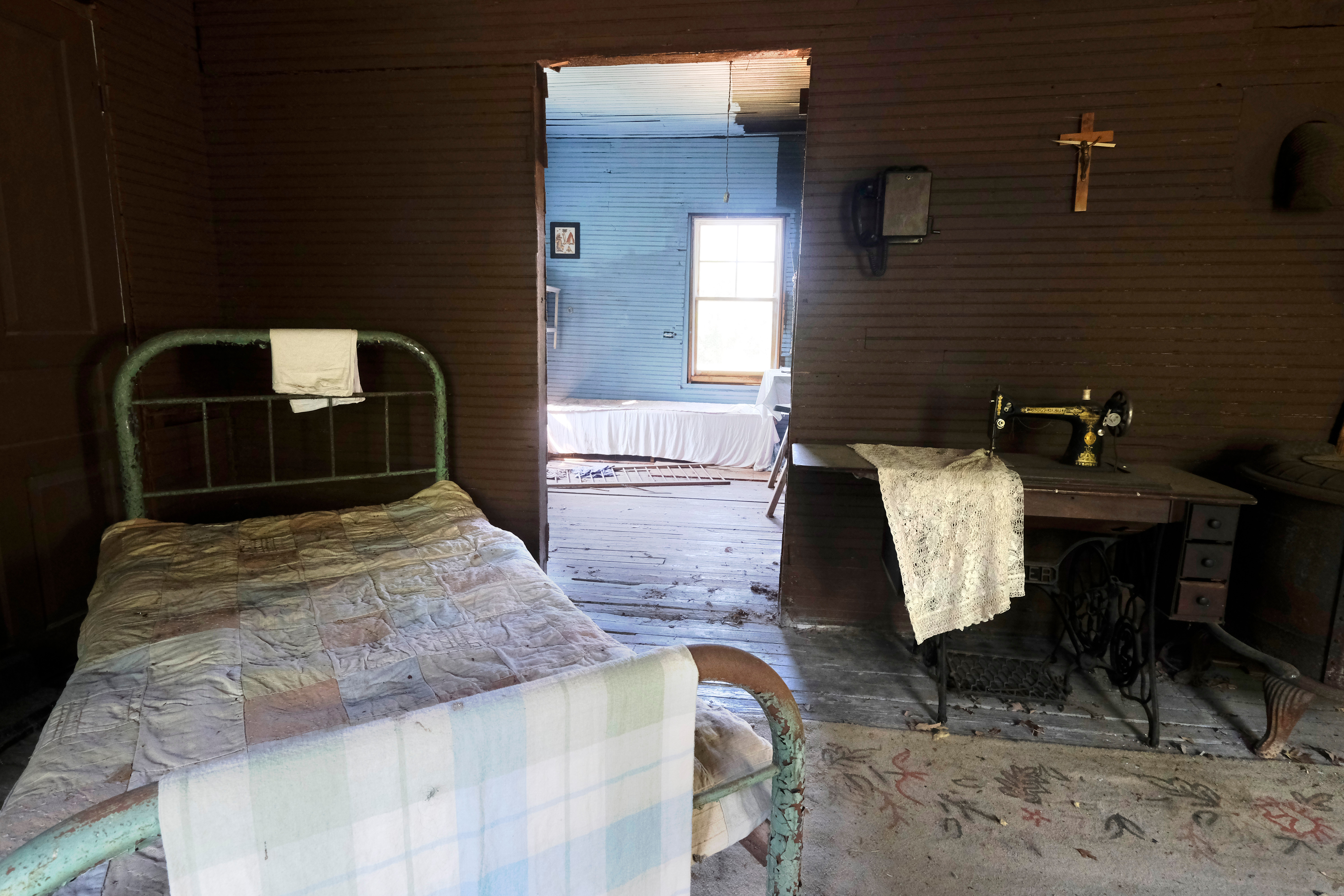 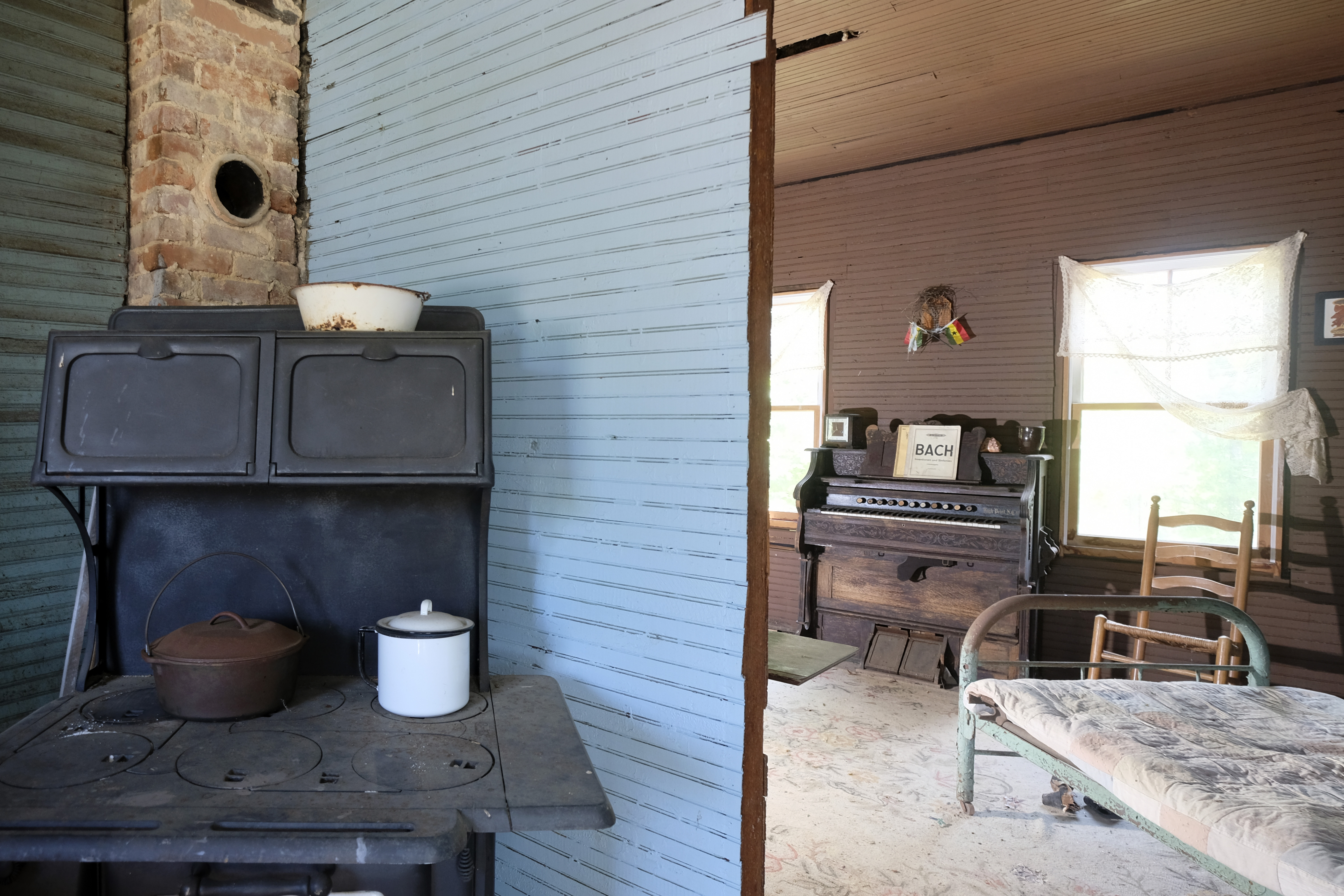 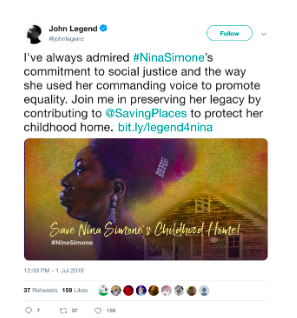 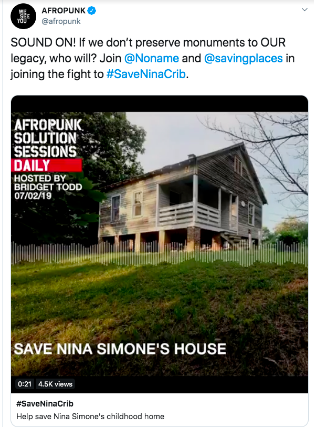 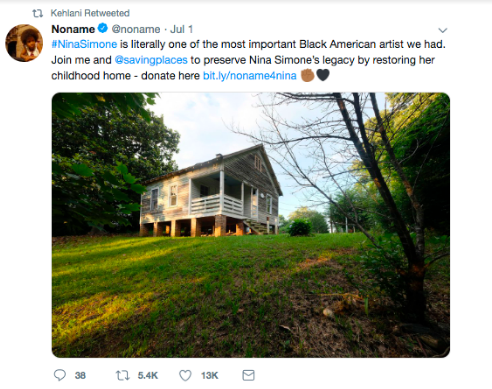 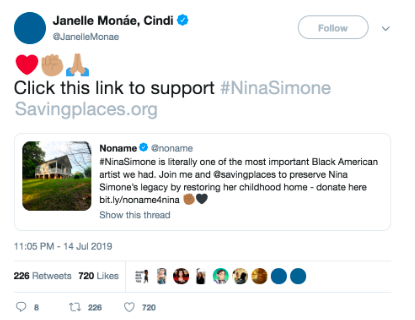