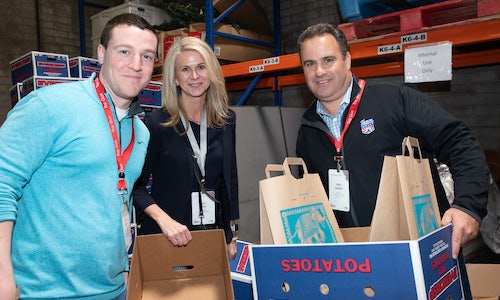 JLL has teamed up with Feeding America, the largest hunger relief organization in the United States, to fight hunger. As part of our relationship with Feeding America, JLL developed CaterCares in partnership with ezCater, the premier online catering marketplace. CaterCares makes it possible for people to do good while also making it easier to order business catering. The free program converts a percentage of online catering sales to cash donations that are distributed locally through Feeding America's nationwide network of over 200 food banks.

CaterCares began with one JLL employee’s idea to mobilize corporate America in the fight against hunger. The program combines the reach of JLL with the power of ezCater’s online ordering platform, which connects businesspeople nationwide with more than 61,000 restaurants and caterers.

We hit an exciting milestone in May 2019 when we created 500,000 meals through CaterCares. We leveraged the milestone and ran a coordinated marketing campaign to raise CaterCares awareness, increase adoption and ultimately increase the number of meals created for those in need.

In order to raise awareness and increase adoption of CaterCares, we planned an integrated campaign with a few key components.

To reach our external audience, we issued a news release to announce the 500,000 meals milestone, creating awareness around CaterCares and encouraging adoption via a new user promo code 500kmeals30, which generated a $30 donation to Feeding America food banks –the equivalent to 300 meals –for every order of $100 or more. We promoted the news and promo code on both JLL and ezCater’s LinkedIn, Twitter and Facebook platforms. Additionally, we distributed an email about the milestone to existing CaterCares users to demonstrate the impact of their order, thank them for their support and encourage them to share the new user code with their friends. JLL Americas CEO Greg O’Brien wrote a longform LinkedIn article about the news, and JLL Americas Chief Marketing Officer Jill Kouri shared the news release on LinkedIn. JLL.com prominently featured the news on the website, as well.

Internally, we featured the milestone and promo code in our internal newsletter, which reaches all JLL employees across the Americas, and cascaded the news through our business lines and local market newsletters. We also promoted the news as a prominent article on our intranet’s Americas news site, and on digital signage screens across our largest corporate offices in United States.

The generous promo code is what really set this initiative apart, letting people see the impact they could make by using CaterCares for an action they already routinely do as part of their jobs—order business catering. Normally a $100 order on CaterCares creates 40 meals for the hungry. With the 500kmeals30 promo code, new users had the unique opportunity to contribute 7.5x more meals for those in need.

The news release was picked up 141 times, receiving more than 3,000 views and hits with a total potential audience of almost 96 million people.

The email to CaterCares user garnered a 41% open rate, which exceeds ezCater’s average open rate of 34%.

The internal Americas newsletter promoting the news was seen by 30,000 employees, and the news was prominently featured on digital signage at 10 of our largest corporate offices.

Through all these efforts, we achieved our goal. The week of the announcement, CaterCares hit its largest volume of bookings ever with $33,700 in orders placed—a 98% increase over the weekly average—which equates to 10,110 meals for hungry people across the country. As a result of the campaign, we have generated 10% more meals on average and hit a record three consecutive months of $90k on food spend. Our integrated campaign created a measurable impact in the fight against hunger and it continues to pay off. To date we have created 750,000 meals on our path to provide 1M meals for the hungry. 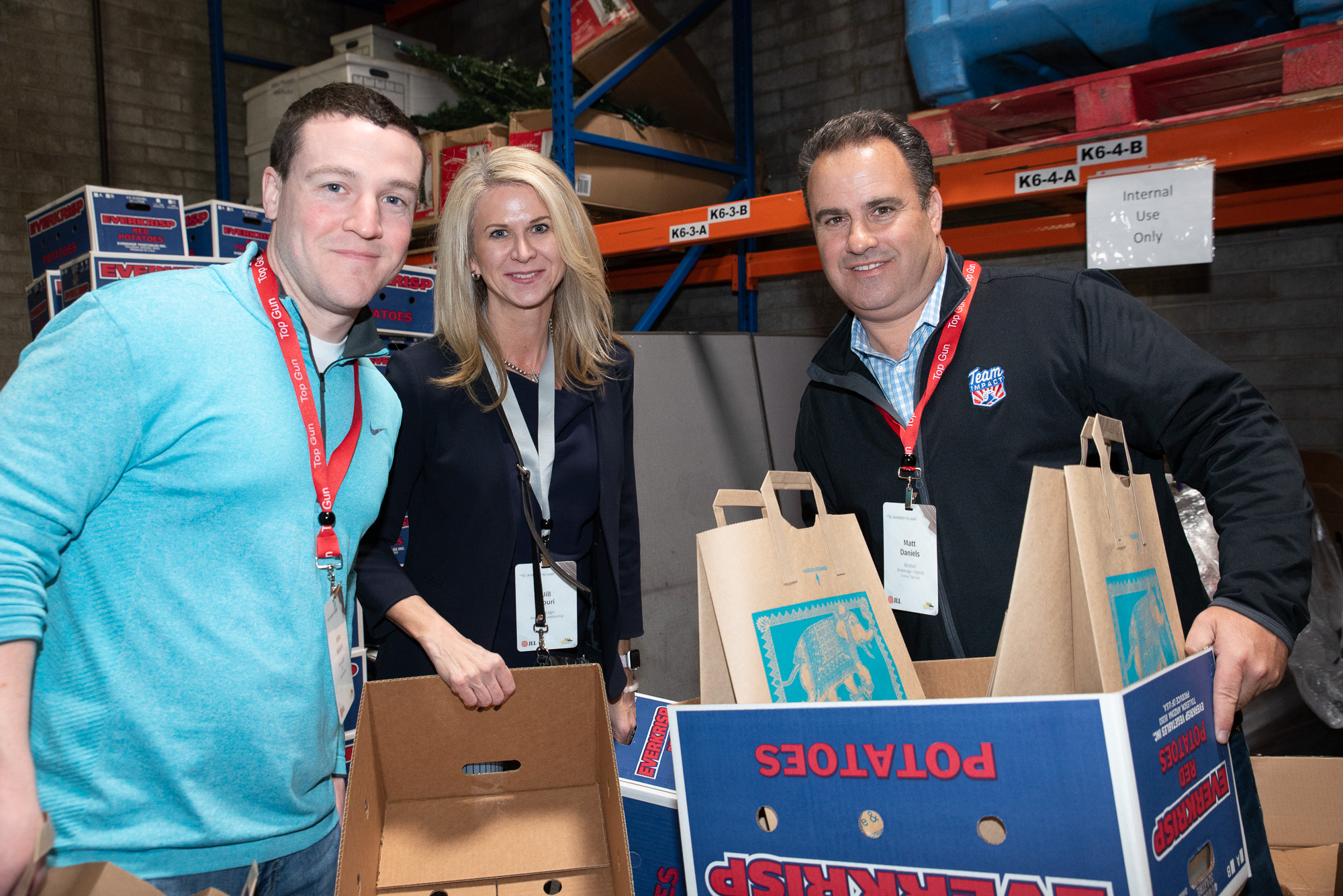 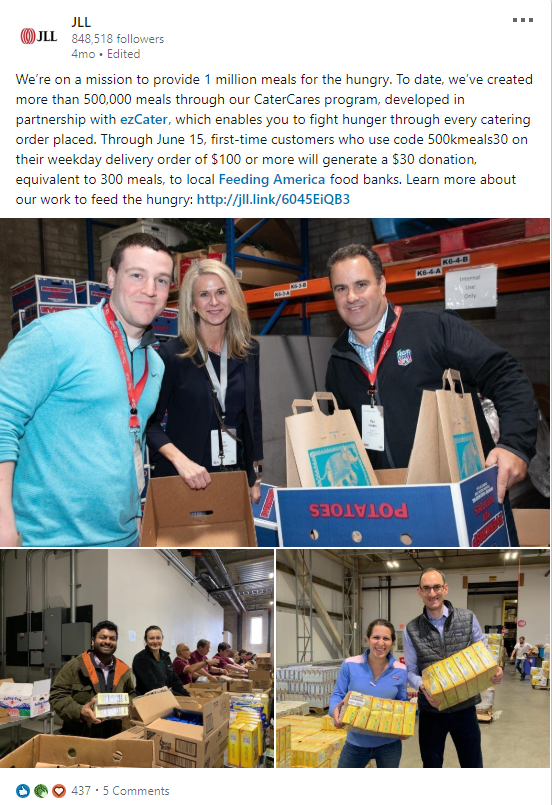 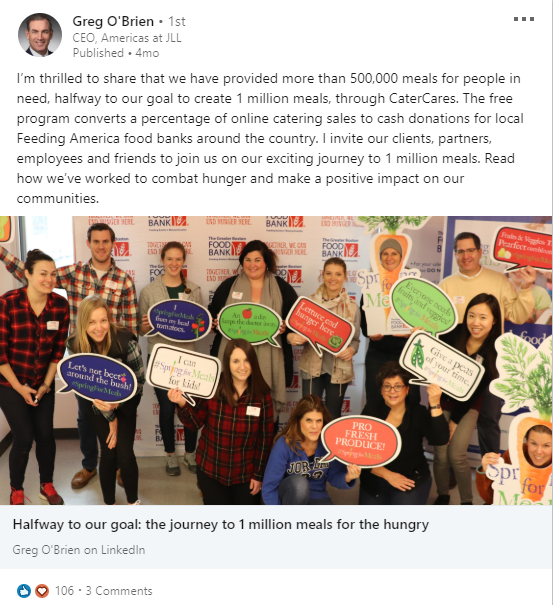 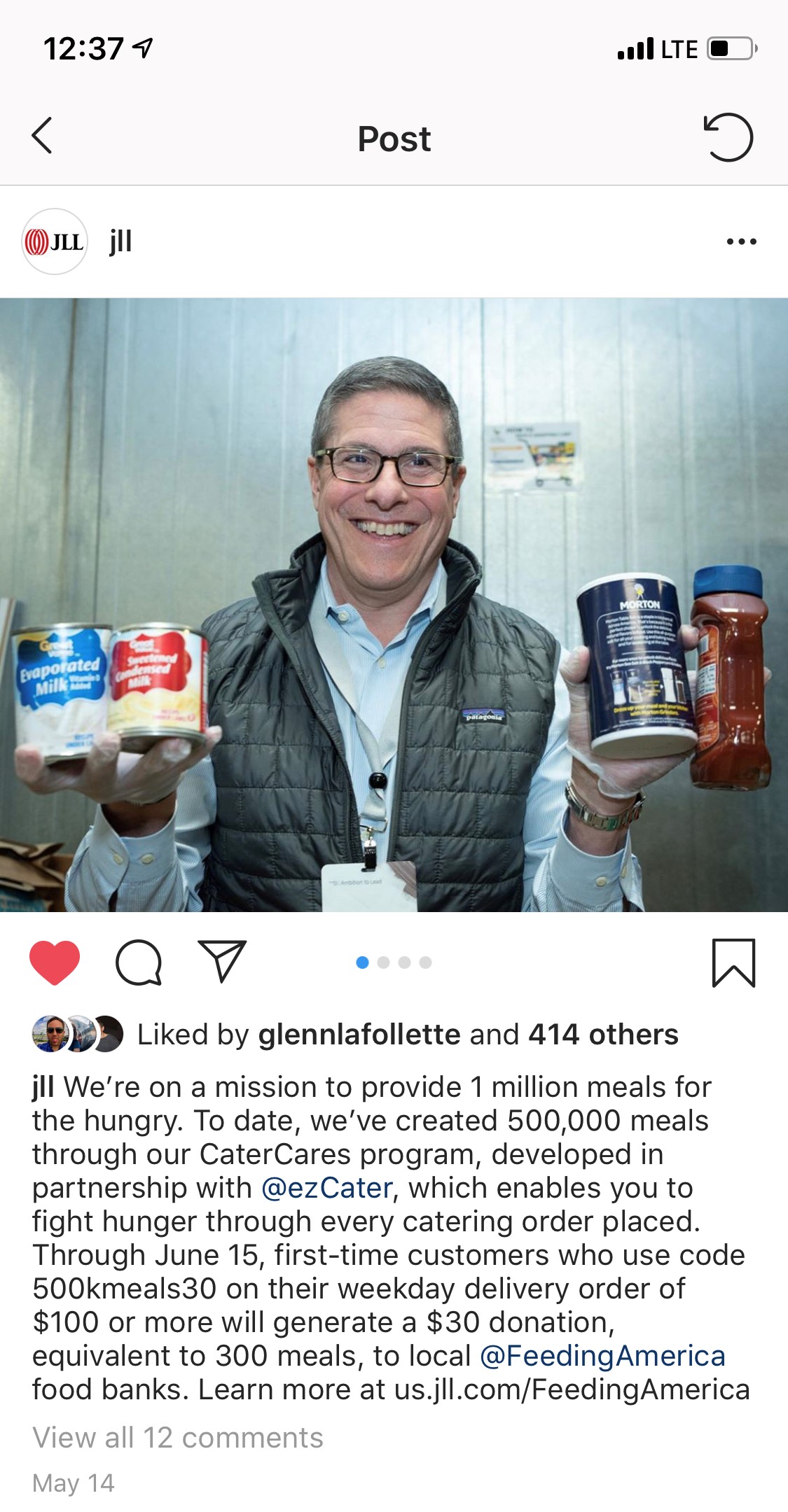 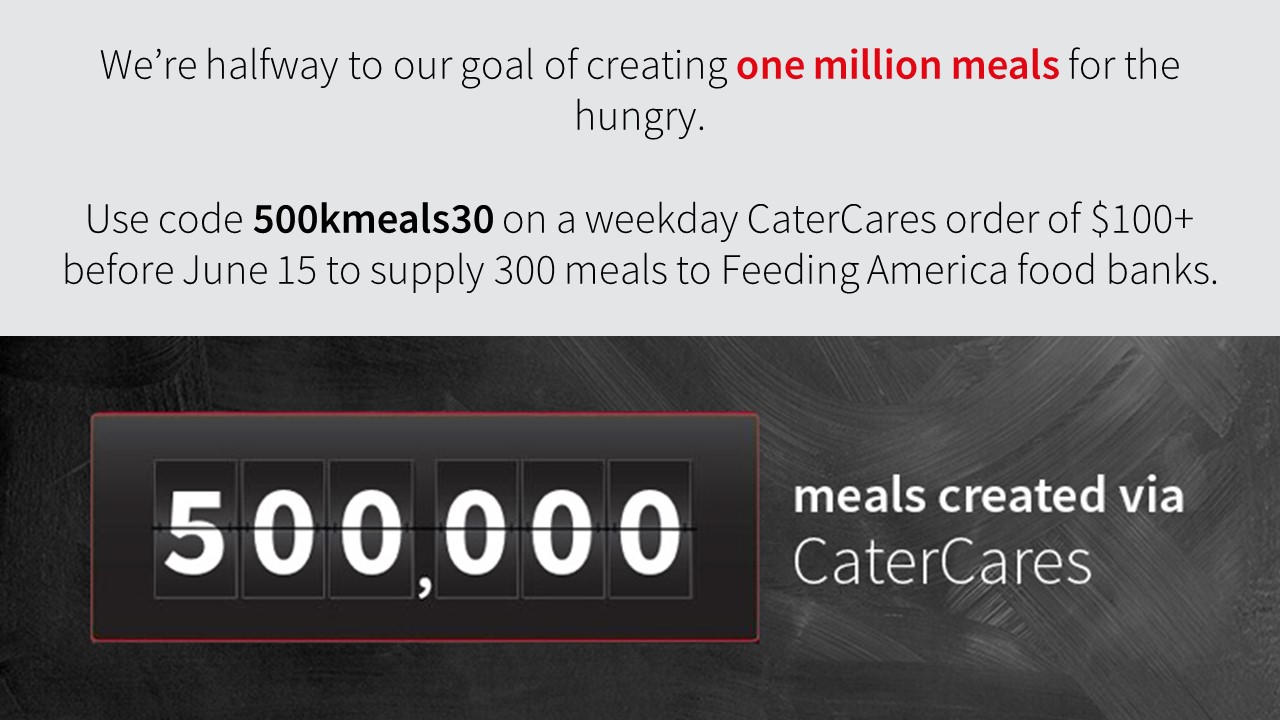 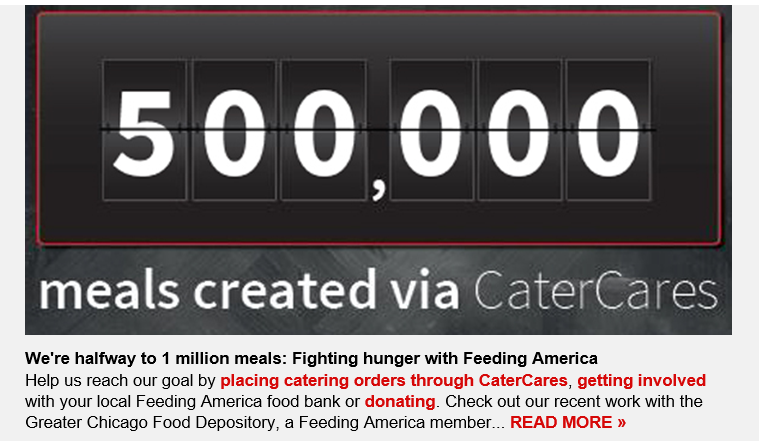