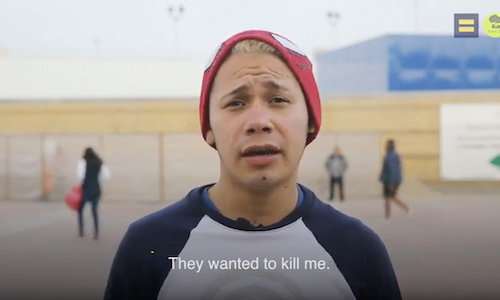 “I Left My Country Because They Wanted to Kill Me”:HRC, RAICES Expose Plight of LGBTQ Asylum Seekers

The Trump-Pence administration’s cruel immigration policies are harming LGBTQ and other asylum seekers who are fleeing violence in Central America by leaving them stranded on the southern border. According to a U.N. study, 90% of LGBTQ asylum seekers from Central America have faced sexual and gender-based violence in the countries they’re fleeing. Additionally, it’s illegal to be LGBTQ in more than 70 countries.

Historically, the U.S. has allowed immigrants seeking refuge to stay in the country while a judge rules on their case. Now, the Trump-Pence administration’s dangerous anti-immigrant policies are preventing vulnerable LGBTQ immigrants from entering the U.S. while their cases go through the courts. Even worse, the Supreme Court delivered a devastating blow by effectively blocking asylum claims at the southern border while a lawsuit over the rule makes its way through the courts — throwing countless lives in legal peril in the process.

Honduras, El Salvador and Guatemala have few laws that protect people from violence and discrimination based on their sexual orientaiton and gender identity. Advocates have said that being LGBTQ substantially increases vulnerability to violence, with transgender individuals facing the highest risk.

The Human Rights Campaign joined coalition partners, including RAICES and United We Dream, in calling for refugees and asylum seekers to be welcomed into the U.S. as they flee from violence and persecution in the countries they left behind.

As the Trump-Pence administration turns away people fleeing persecution, we know their actions don't represent our values. This White House has manufactured a crisis at the southern border by framing these vulnerable immigrants as a danger to national security. However, we know the real crisis is a humanitarian crisis as those fleeing persecution and violence are turned away from safety.

Knowing that LGBTQ asylum seekers face compounded challenges in their home countries, HRC and RAICES wanted to expose the truth about their harrowing stories crossing the border. We journeyed across the southern border to create a video series that shared the powerful and often fraught stories of LGBTQ migrants in search of a better life. Our unique videos were some of the first footage to showcase the aftermath of Trump’s “Return to Mexico” directive — which resulted in the most vulnerable of immigrants to wait in Mexico indefinitely — had on LGBTQ asylum seekers.

We met Angner, an openly gay 26-year-old immigrant who fled Guatemala to escape violence. “I left my country because they wanted to kill me,” Angner said to us in a powerful video as he’s been waiting for weeks to enter the U.S.

Trump’s “Return to Mexico” directive harms countless LGBTQ asylym seekers like Cristal, who was forced to wait indefinitely in Mexico while her case to seek asylum is still waiting to be heard in the U.S. courts. Rampant homophobia and transphobia forced Cristal to leave her home country of Honduras, where she was left with scars on her hands when people tried to burn her alive for being transgender.

We featured Lady and Lorena, who also fled Honduras because they received threats simply for being trans. “We are peaceful people who need asylum to prevent being assaulted, abused and mistreated in our countries,” said Lorena.

We strategically spread out the videos to be released during major news events related to the immigration debate, such as amplifying our digital content during Donald Trump’s State of the Union address, to the announcement of the Trump-Pence administration’s devastating “Return to Mexico” directive. HRC also released a video during Trump’s speech at CPAC when he, once again, attacked the immigrant community.

Additionally, the HRC and RAICES video series was highlighted on days that honored immigrants and refugees, such as World Refugee Day and Human Rights Day, in order to join trending hashtags and be part of the larger conversation about the importance of protecting and advancing the human rights of immigrants, including those who are LGBTQ.

In addition to releasing these videos, HRC signed on to multiple coalition letters and amplified articles and blogs in an effort to encourage our more than 3 million members and supporters to call their representatives to support the Dream and Promise Act — legislation that would provide a pathway to citizenship for Dreamers, permanently protect TPS recipients and provide a sustainable framework that addresses our broken immigration system.

HRC’s work with RAICES resulted in producing some of our most incredibly moving and emotional content with regards to highlighting people living at the intersections of their immigrant and LGBTQ identities.

To date, HRC posted approximately 30 times across our social media platforms and exposed the plight of LGBTQ asylum seekers — we reached ~1.3 million users and garnered more than 12,000 engagements. HRC’s and RAICES’ constant drumbeat over several weeks and months highlighting Trump’s “Return to Mexico” policy helped secure the release of 10 transgender women seeking asylum who were detained in a South Texas Detention Center after enduring months of violence and discriminaton in their home countries.

These 10 trans women were part of a roughly 80-member group of LGBTQ migrants traveling up from Central America to escape violence and persecution. Trump targeted them during the midterm elections and said it was an “invasion” even though they were still hundreds of miles away from the border. Because of our efforts to expose this dangerous policy, these trans women are now safe in the U.S. where they sought refuge.

HRC and RAICES will continue to fight for the rights of DREAMers, asylum seekers and anyone seeking a better life because of who they are or whom they love. Congress must speak out against the Trump-Pence administration's reckless actions and ensure those who are fleeing violence and persecution have refuge in the United States.

Video for “I Left My Country Because They Wanted to Kill Me”:HRC, RAICES Expose Plight of LGBTQ Asylum Seekers 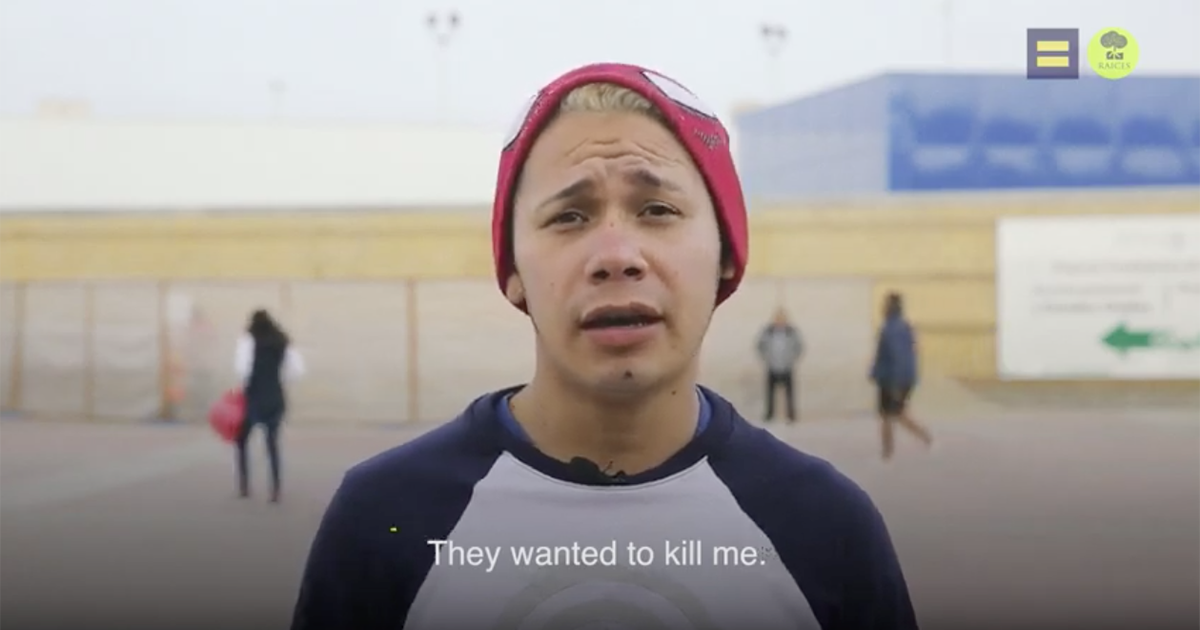