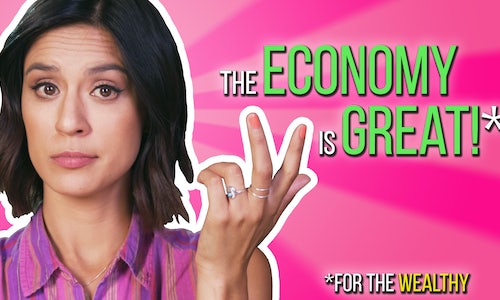 If The Economy Is Great, Why Aren't We?

Some truths in this world are hard to take in, so most people don’t. But Newsbroke knows that if you just add the right combination of Applebee’s and LeBron James jokes, people will love and share videos that teach otherwise boring things like the pitfalls of using GDP to measure economic health (snore, right? WRONG). While most news leaves it up to the viewer to be interested, Newsbroke gets people interested when they never thought they would be.

This episode, one of our best, explains how everyone is being misled about our so-called hot economy, and why lots of people are still struggling and left out in the cold. "The economy is booming," insist Trump apologists. But while the wealthy can finally renovate their yachts with gold-plated, diamond-encrusted unicorn engravings, workers are finding it harder and harder to survive. The economy isn’t great for everybody, and as many people as possible need to recognize that if we ever hope to do something about it

The recipe for our weekly episodes each season: Start with 4-5 days and around 30 pages of research, mix with 2-3 days of writing and punch-up, add a few hours of shooting, and stir in 2 days of post-production. We like to think of a good, clickable title while doing initial research, and then try to think of an even better title during post-production. (It’s not unusual for us to come up with 30 or more potential titles before deciding on one.) After publication, AJ+ and the Newsbroke staff share the video across our social networks and platforms, and we send messages to relevant outlets that might be interested in a particular episode.

This episode quickly became AJ+’s most viewed video for the past month, amassing more than 500,000 views across AJ+’s social channels (including YouTube, Facebook, Instagram, and Twitter) in the first two weeks after publication, many thousands of shares, and attracting (from this video alone) 3.9k new subscribers on YouTube (over the first 15 days after publication). But most importantly, Newsbroke was able to inform so many people about a key way in which U.S. citizens are made to feel financially behind in a “great” economy — when in reality, the economy is geared toward keeping them behind.

Video for If The Economy Is Great, Why Aren't We? 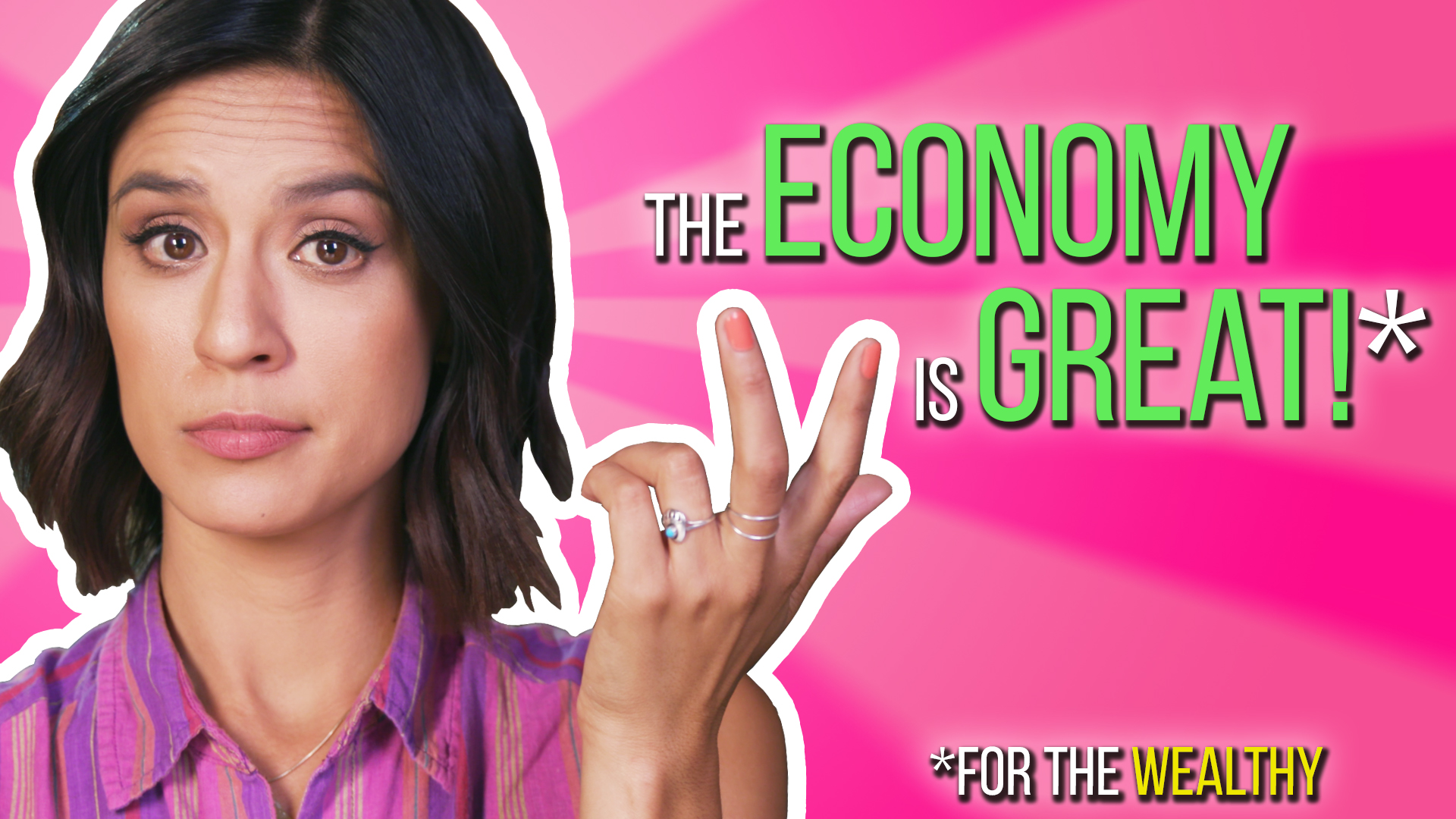