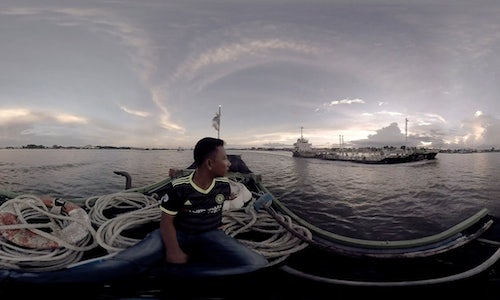 Ghost Fleet VR was created with the intention to immerse viewers in the true story of slavery in the Thai seafood industry.  The film was directed by Shannon Service and Lucas Gath while filming the feature documentary that carries the same name, Ghost Fleet. When Service invited Gath to join the project, he proposed developing a VR short film that would let the viewer understand what it is like to be on a boat, chain-free, but enslaved nonetheless by the ocean around you. The film follows the story of Tun Lin, who was sold into slavery while looking for work in Thailand. Born in Myanmar, Tun Lin was kidnapped when he was fourteen-years-old and forced to fish without pay for 11 years. Only through VR could one truly get a sense of the desperation of being on a boat with nowhere to escape.  The goal was to make the audience understand what it feels like in those confinements, to better relate to fishermen who are forced into these conditions, and to be motivated to help put an end to this atrocity.

This experience was designed as part of a larger impact campaign called GHOST FLEET to increase transparency in the seafood supply chain. Too few people understand the role forced labor plays in the industry, and the impact that unsustainable practices have on the world’s oceans, and history told us that industry wouldn’t change unless:

a.            They were connected with the tools and resources necessary to improve practices; and

b.            They were held accountable by the media, policymakers and customers

The GHOST FLEET impact campaign is driving a collective industry-wide shift in commitment, investment and action towards increased transparency and traceability of supply chains as well as in safer labor practices for workers. We are engaging with the seafood industry directly and have shared GHOST FLEET media with over 400 industry members, connecting each with resources to support ethical purchasing practices as well as securing commitments from companies to review their supply chain.

After the coordinated release of Ghost Fleet VR on eight platforms (Oculus, YouTubeVR, Samsung VR, Inception, Littlstar, HTC Viveport Video, Google Daydream, and VeeR), the film received social media support from a number of established organizations including Sea Shepherd, EarthX, Sundance Institute, and Baylor College. The impact campaign is tied to the campaign for the documentary feature Ghost Fleet - as the goal for both films was to increase awareness around modern-day slavery in the fishing industry and to help put an end to it.   We are maintaining pressure on the seafood industry by raising awareness among consumers and elected officials. Over 11.3 million people have viewed GHOST FLEET content on social media and are empowered to ask where their seafood comes from when purchasing fish in restaurants and grocery stores. 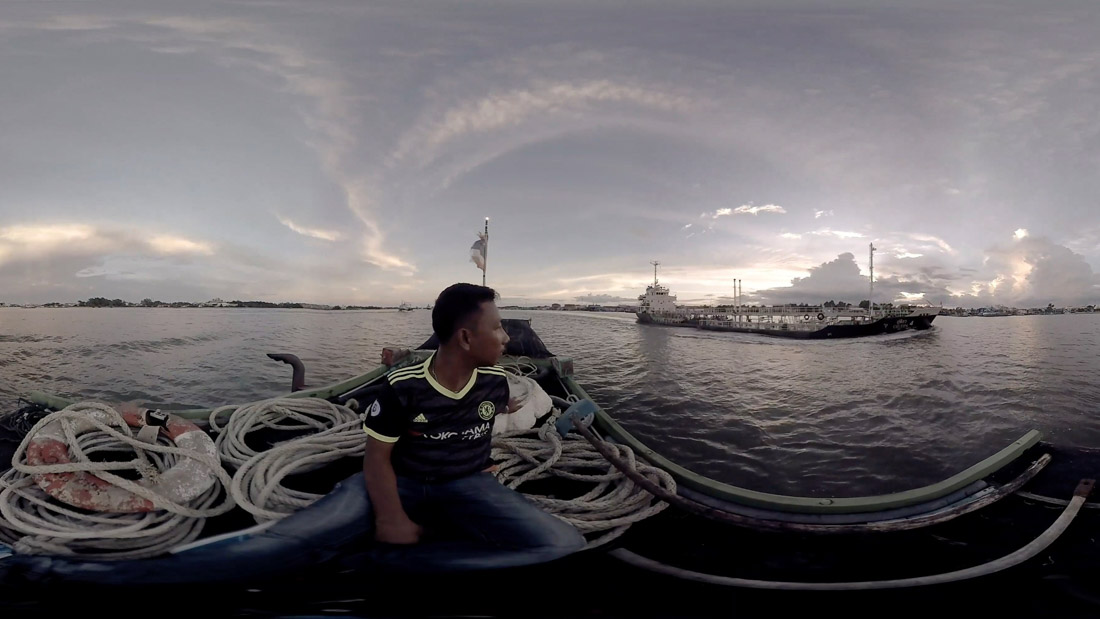 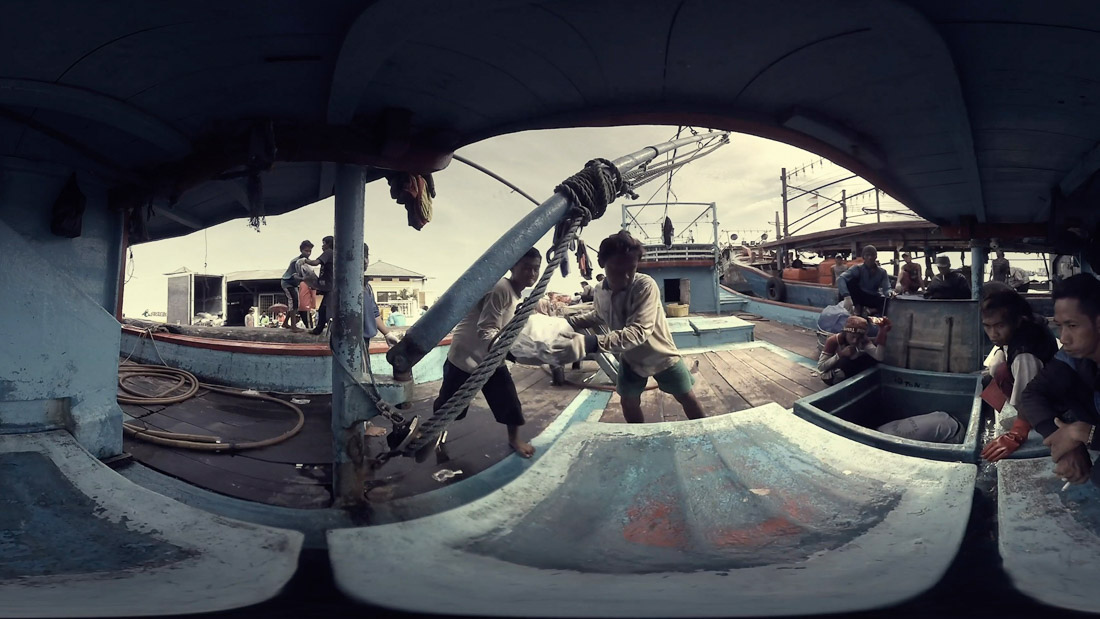