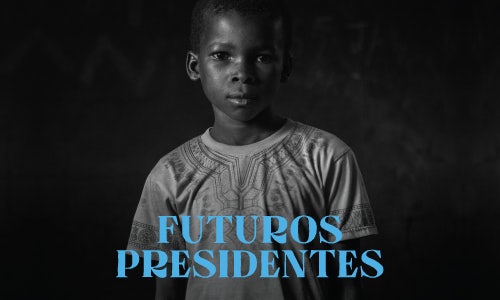 Helpo is a NPO operating in developing countries such as Mozambique. Its mission is to foster development through education in countries where each additional school year makes a real difference in their future. Our brief was to create sustainable awareness for Helpo, making it a top of mind organization.

Through education you can be whoever you want to be, even the Future President of your country. To bring this idea to life, we sent a photographer and writer to Mozambique to know Helpo’s children and to picture them in a presidential posture. Everyone could follow the trip daily on a website and at the online platform of a national magazine. Then, we created a touring exhibition with the High Sponsor of the President of the Portuguese Republic. The 1st was inaugurated at the National Assembly by 2 former presidents and the most recent was inaugurated by the Portuguese and Croatian Presidents. It has been showcased in Mozambique and Portugal in different places - on the streets, in a market, in museums, in schools and universities. We launched a book, with profits benefiting Helpo, and the exhibition is still touring.

The partnership and coverage of the national magazine caught the attention of several other media, generating an Automatic Advertising Value of 650.000€.

And the public felt this impact:

. an increase of 319% in child sponsorships, representing more 23.372€ than in the previous year; 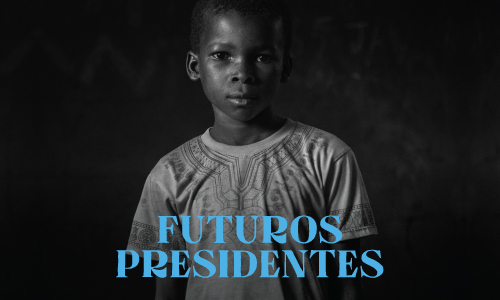 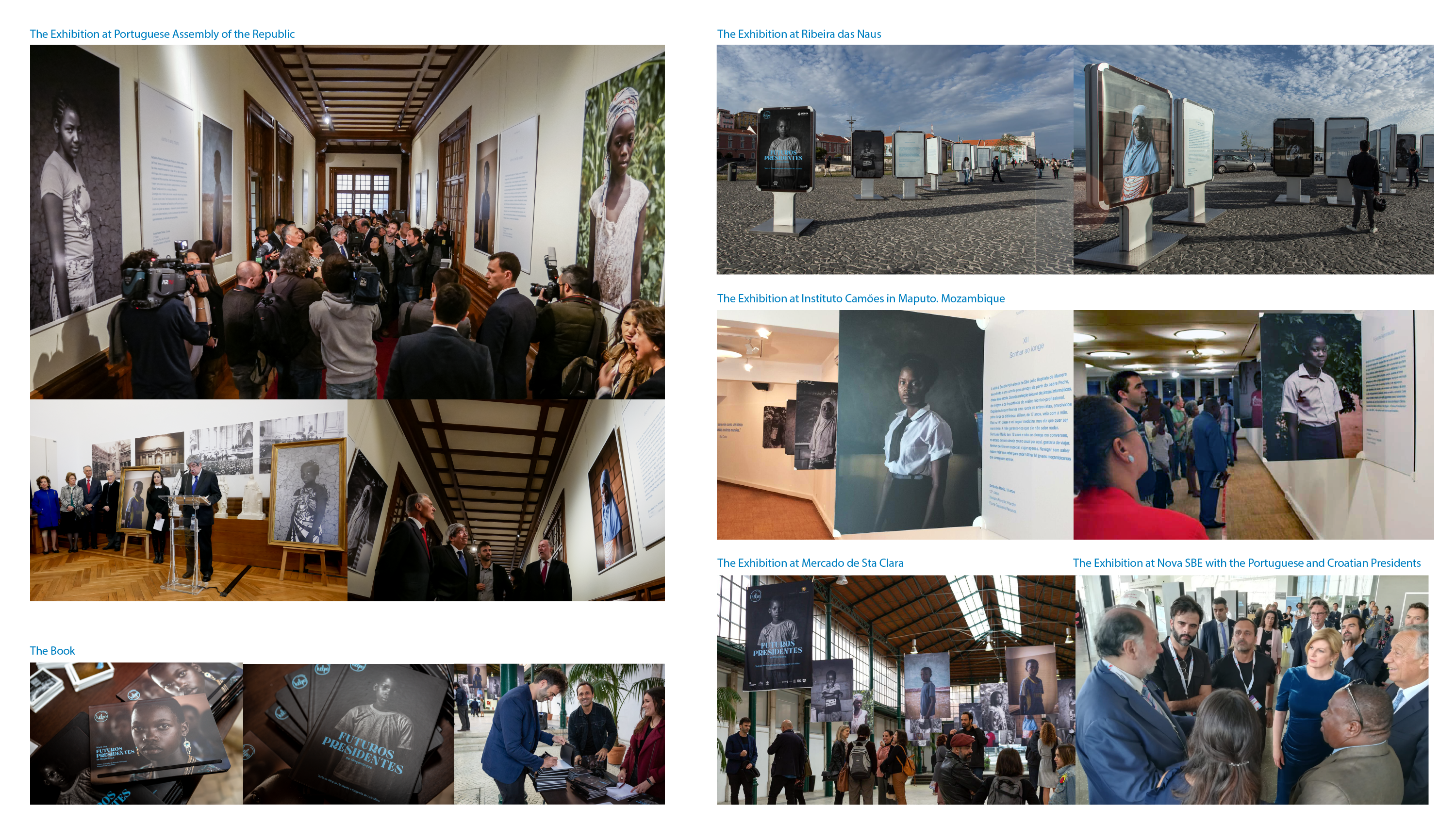 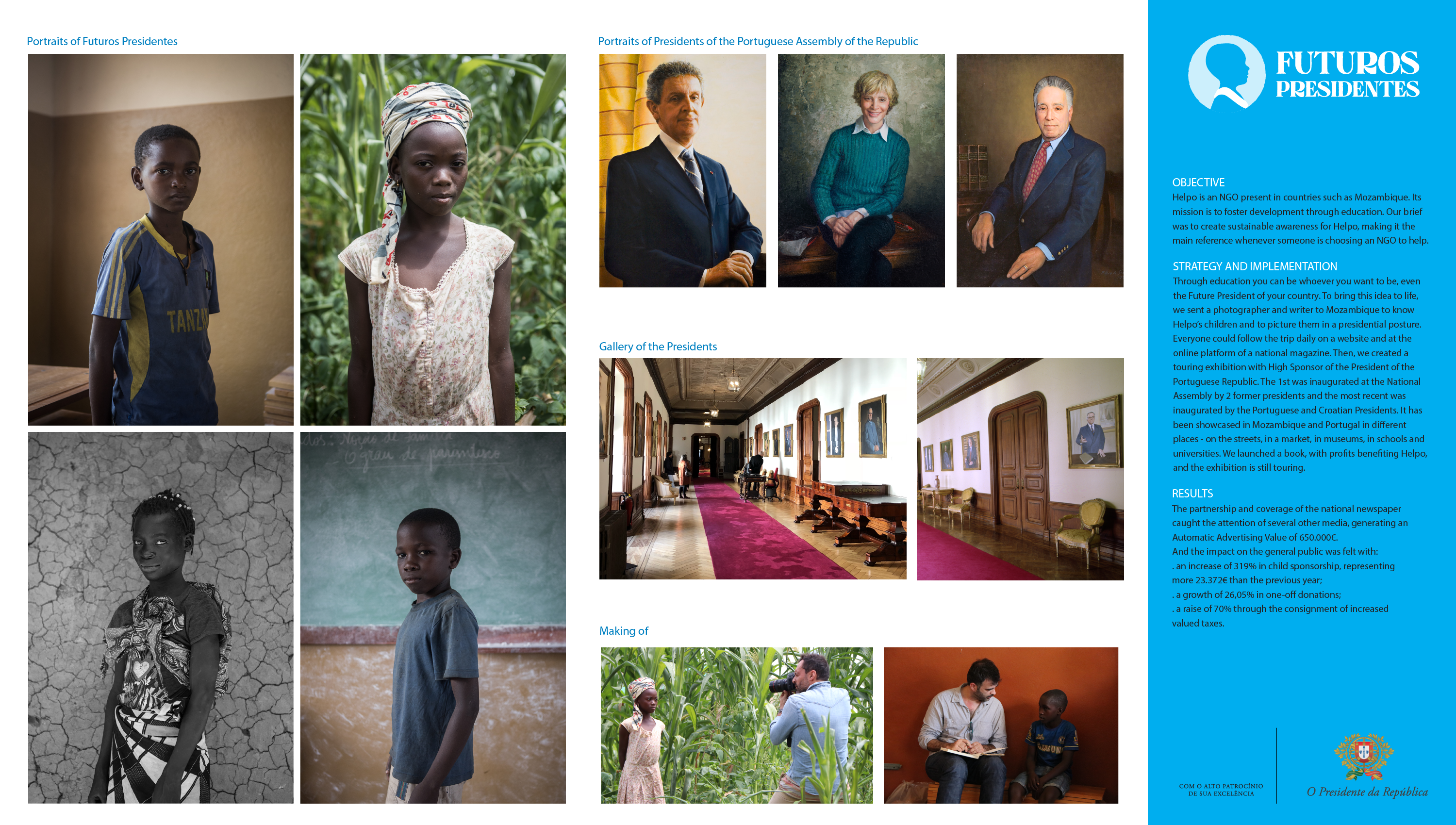 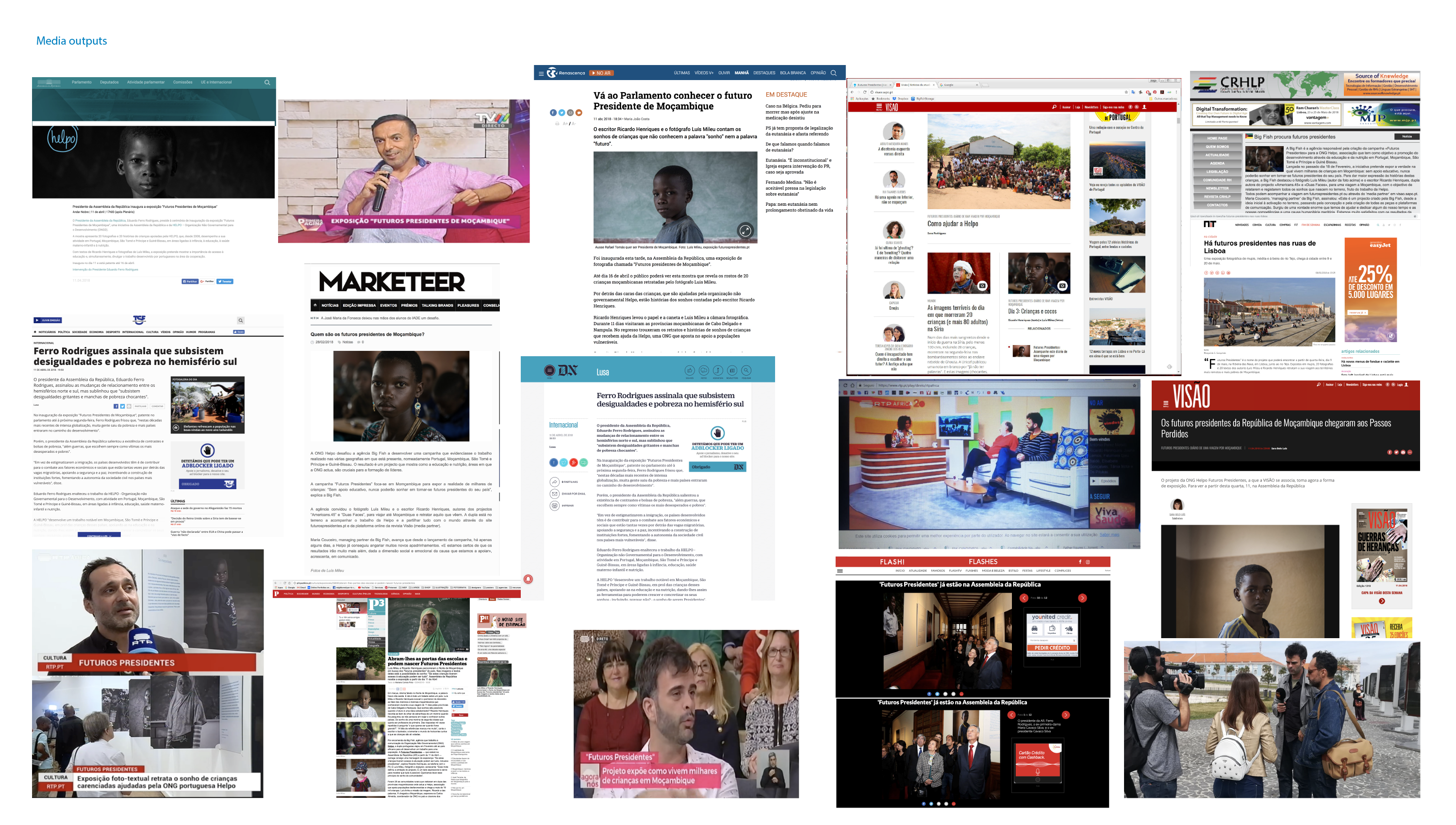 BIGFISH - OFF THE HOOK CREATIVITY, HELPO