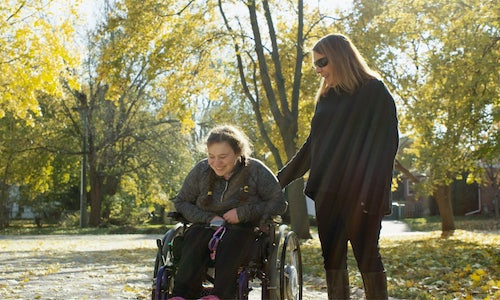 Educating Outside the Lines

In Illinois, 14% of students in the public school system have disabilities. According to the National Bullying Prevention Center, students with disabilities were found to have a two to three times greater risk of being bullied than fully-abled students. As educators search for ways to teach empathy to students, Patty O’Machel created a program for elementary and middle schools inspired by her daughter Shea’s experience living with cerebral palsy as a young student. Patty piloted Educating Outside the Lines (EOTL), an immersive disability awareness week program, at her daughter’s middle school. EOTL embeds in the school with age-appropriate lessons about understanding disabilities. This program, which aligns with Illinois’ state standards for social emotional learning, aims to create a safer and more inclusive school environment. “Every child will have a peer in their life who has a disability,” said O’Machel. “This kind of acceptance and understanding breaks down barriers.”

Small Forces partnered with O’Machel to capture the pilot program for a documentary short that could be used as a tool to pitch the program to more school districts. Our primary objective was to create a compelling story that shows the program in action so that educators could see the value of bringing the program to their schools. Our vision is to help EOTL reach students across the state of Illinois and beyond. By aiding them in securing equal opportunities and a better understanding of students with disabilities, we hope to create institutional change across the early education system.

Small Forces is a team of creatives and strategists that partners with grassroots advocates to help bring their stories to life. When working with EOTL, our approach centered on creating an effective tool for launching and growing their new program. This tool is a 6-minute documentary short that can be a calling card as the initiative expands to reach more schools and more children.

In creating the documentary, our strategy included:

1. Establishing Patty O’Machel as an expert in disability awareness education

As the founder of the new initiative EOTL, O’Machel needed a tool that legitimized her efforts. Our documentary positions O’Machel as a mom with firsthand experience, featuring footage of her helping her middle school-aged daughter, Shea, and scenes of her running the program at the school.

2. Creating a piece that speaks directly to our audience

The programming of EOTL is especially relevant to schools in Illinois seeking programs to satisfy their core social emotional learning (SEL) competency requirements. Research shows that SEL programs can lead to not only better emotional well-being for students, but also improved academic outcomes. Principals and PTAs are looking for ways to bring this learning into their schools, and the EOTL curriculum fulfills this standard through its core goal of broadening students’ perspectives and teaching them how to empathize with others from diverse backgrounds. Educators and PTA boards will be evaluating pitches, and we ensured our story emphasizes the program’s ability to provide social emotional learning through disability awareness education.

3. Showing the program in action

Educators and PTA boards want to know how a program will look in their own schools. By capturing the pilot program and showing the children interacting with the activities, our audience can visualize the program at their own schools.

4. Letting the voices of people with disabilities shine

To establish a tone of empathy and compassion, we wanted the voices of people with disabilities who are part of the program to really shine. We featured prominently two of the high school speakers who are part of EOTL: a paralympian swimmer and a student with dyslexia. We also spotlighted Shea, the inspiration for the program. Rather than having her mom tell her story, Shea shares how she felt invisible at school, and leaves us with her hopes for the future: that every school can do disability awareness week and learn how to treat people how they would want to be treated.

Once the documentary was created with these growth goals in mind, our strategy was to launch the story in partnership with a media outlet whose audience includes parents of kids with disabilities. We wanted people to feel empowered to share the new program with their own school districts, to help aid in the growth.

Documentary used as a tool for growth

With the Small Forces documentary of her pilot program complete, O’Machel set out to launch Educating Outside the Lines, a social enterprise that would take “Disability Awareness Week” programs to schools around Illinois. O’Machel used the video to pitch the program to PTAs and school administrations across the state. Their responses launched a period of rapid growth.

In her first eight months of operation, EOTL programming reached 7,500 students in 16 schools.

“I have this incredible professional video behind me which gives me the confidence to really stake my claim in education,” O’Machel said. “I wouldn’t have that confidence without the video and support of the Small Forces team.”

The documentary launched in partnership with both The Mighty’s blog, “Parenting Kids with Disabilities,” and the Easterseals blog.

O’Machel also used the video as a tool for education. She led a webinar for the Illinois Principals Association, which reached thousands of administrators across the midwest.

In presentations to the President’s Councils of four Chicago suburbs, council members expressed the video was integral to understanding EOTL’ proposals, and lead to the organization breaking ground in 7 more schools. As O’Machel said, “once a stakeholder saw the video, the program was sold.”

Video for Educating Outside the Lines 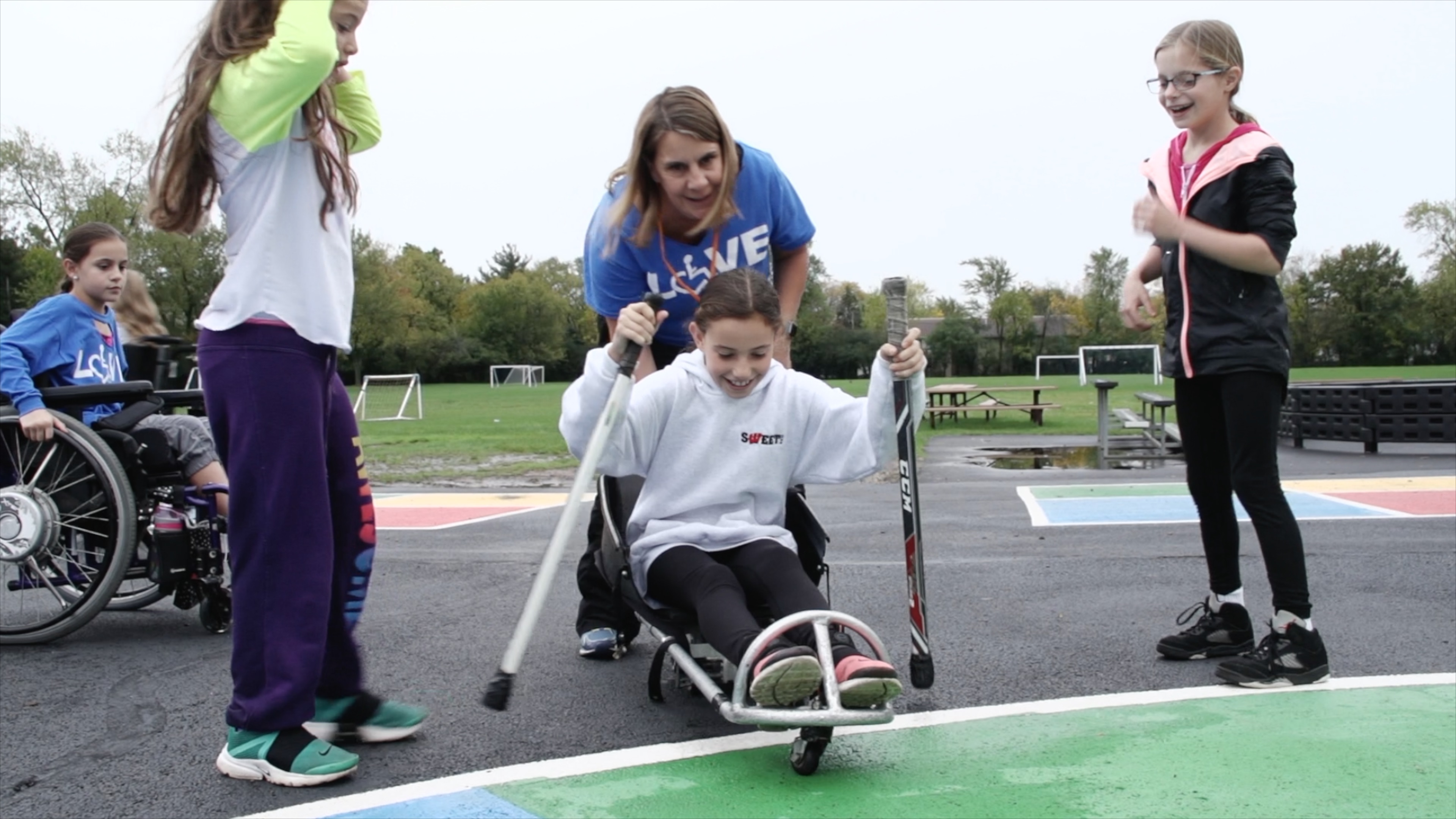 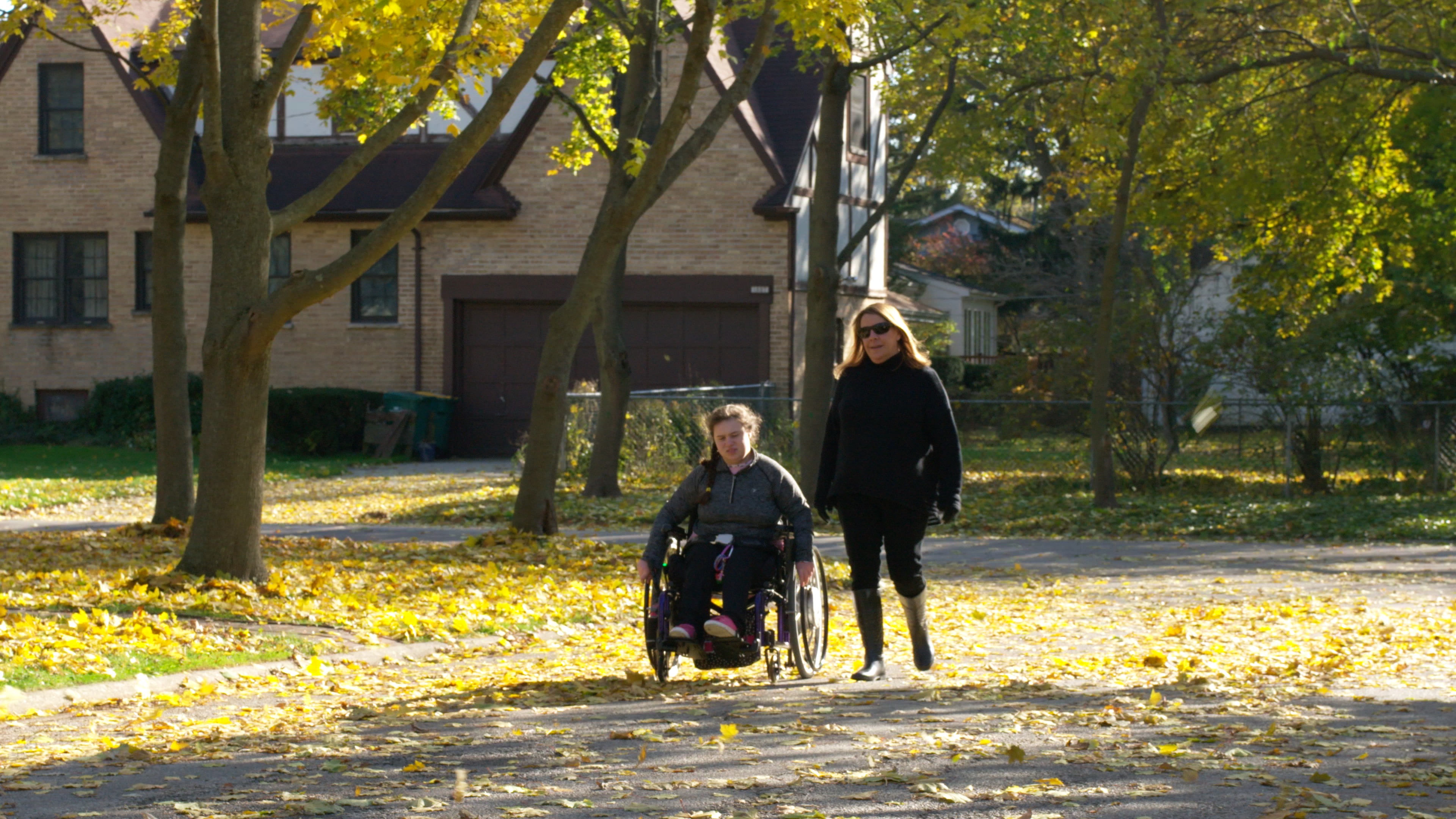 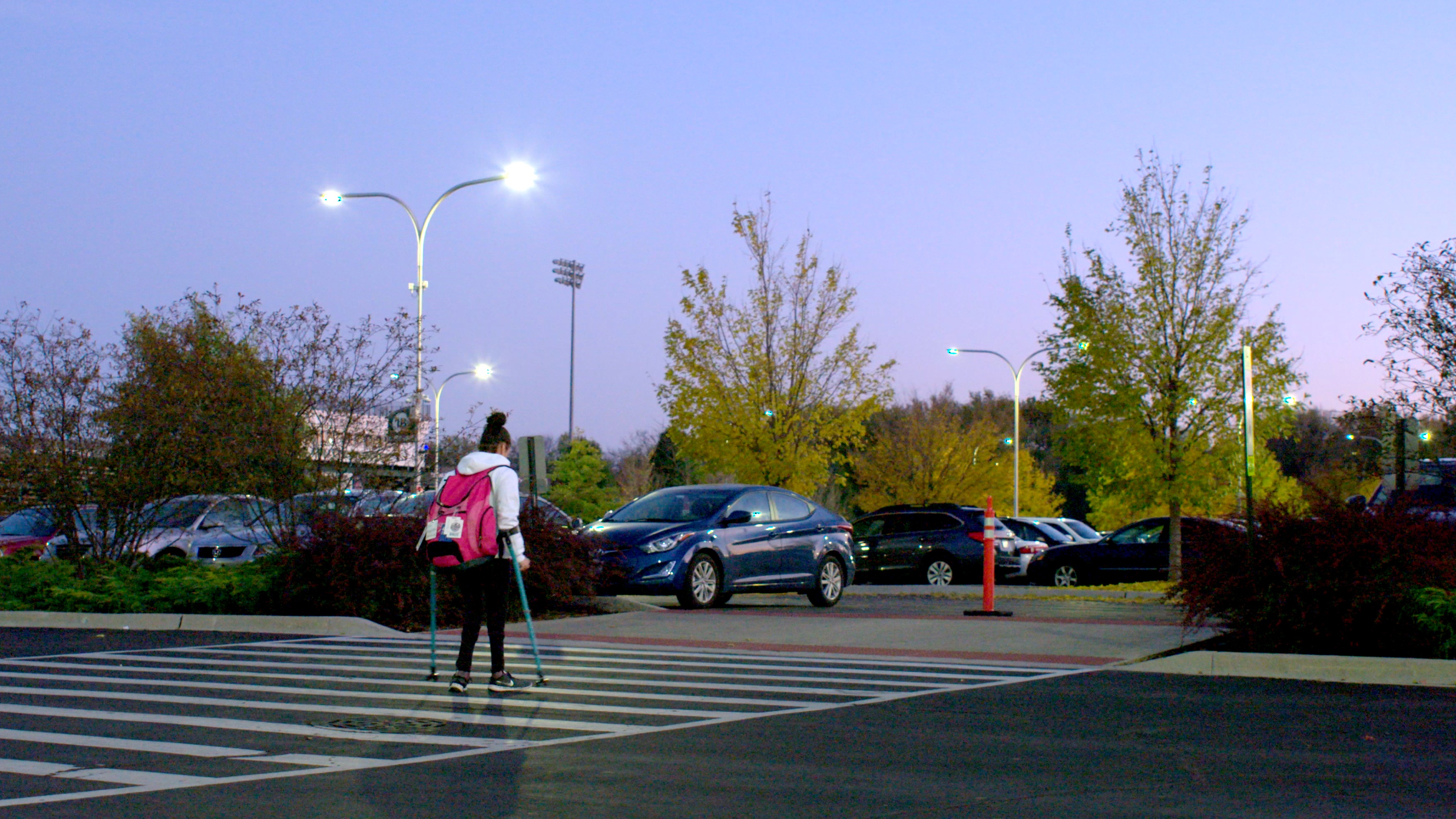 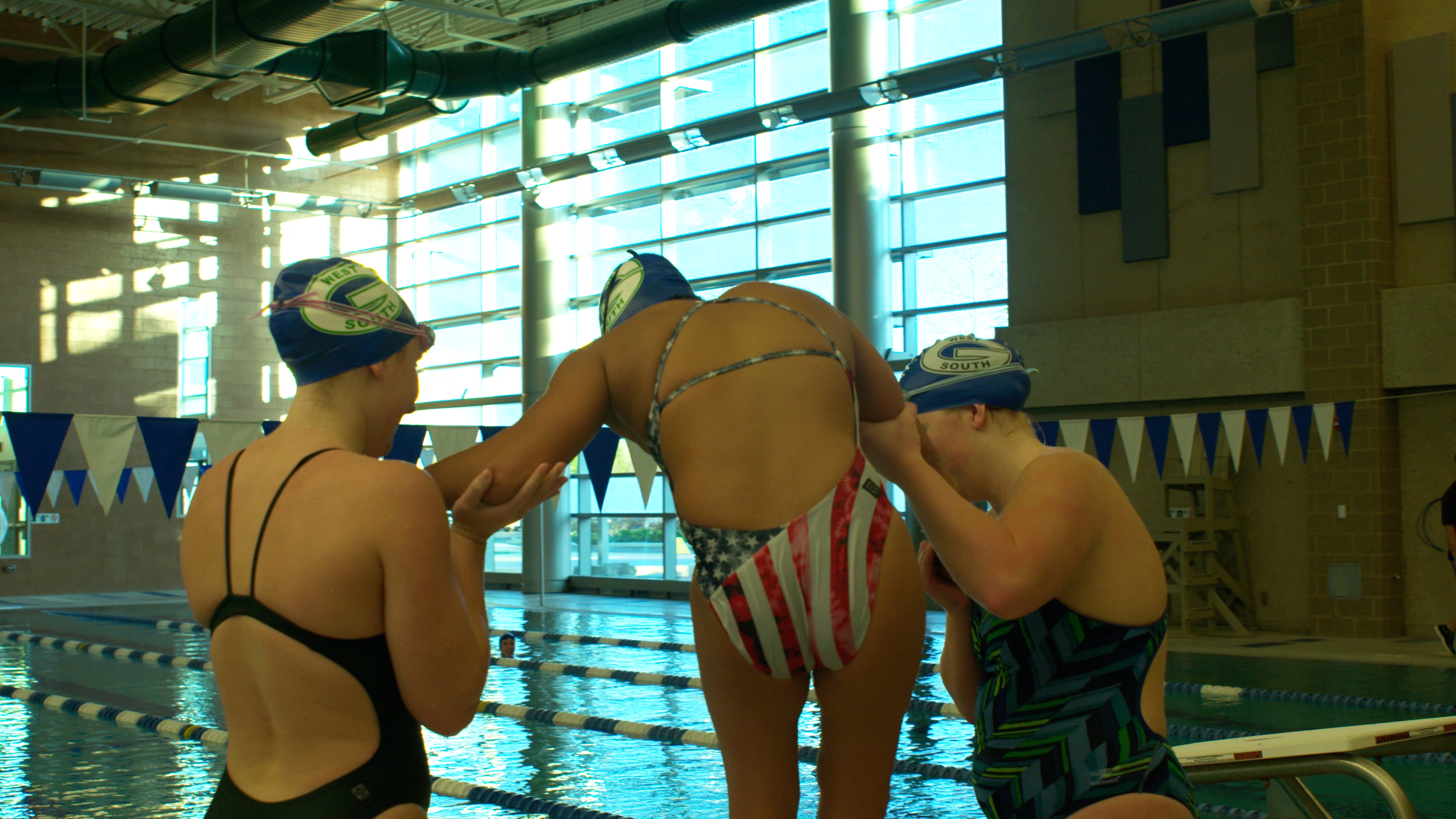 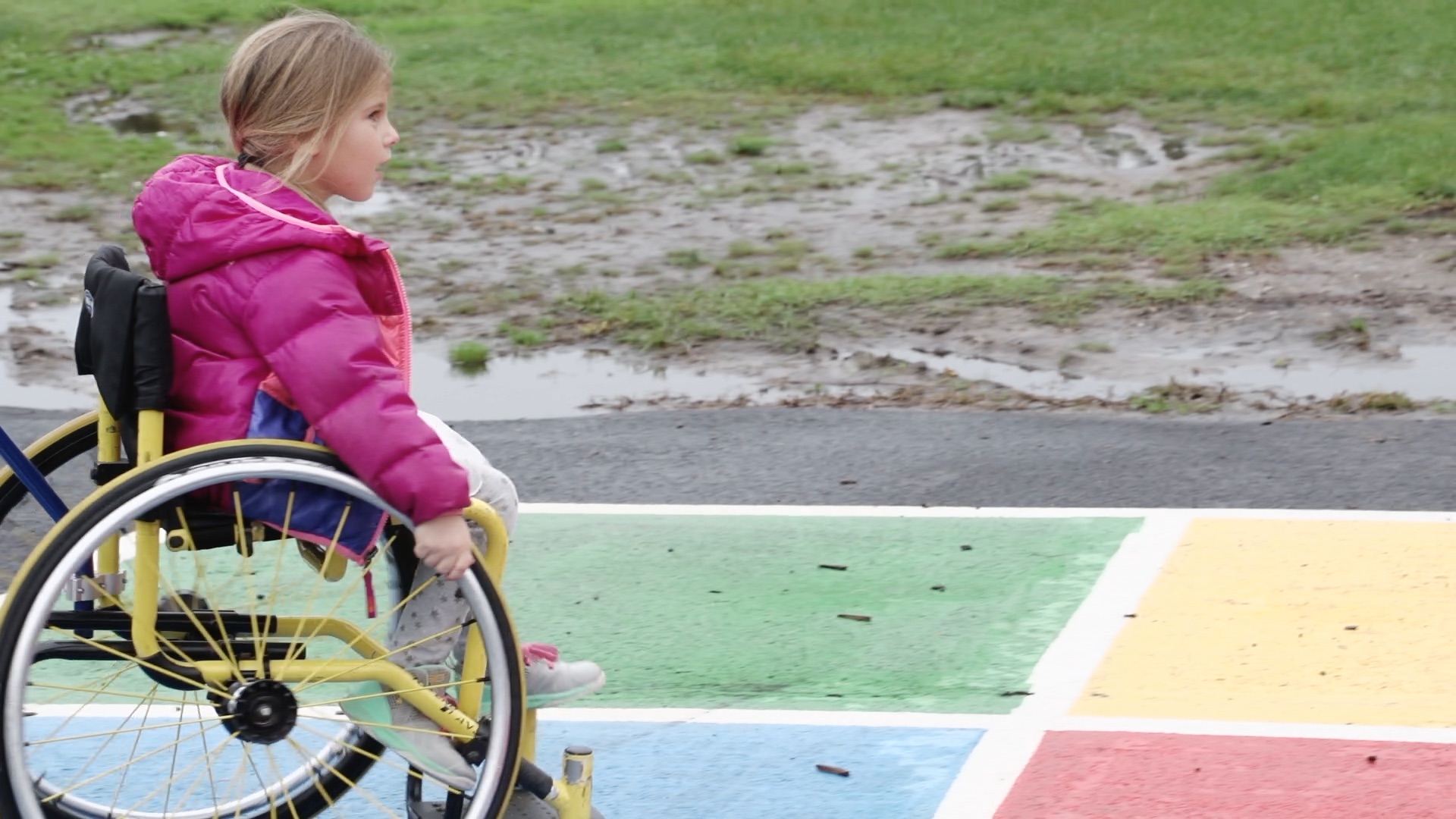 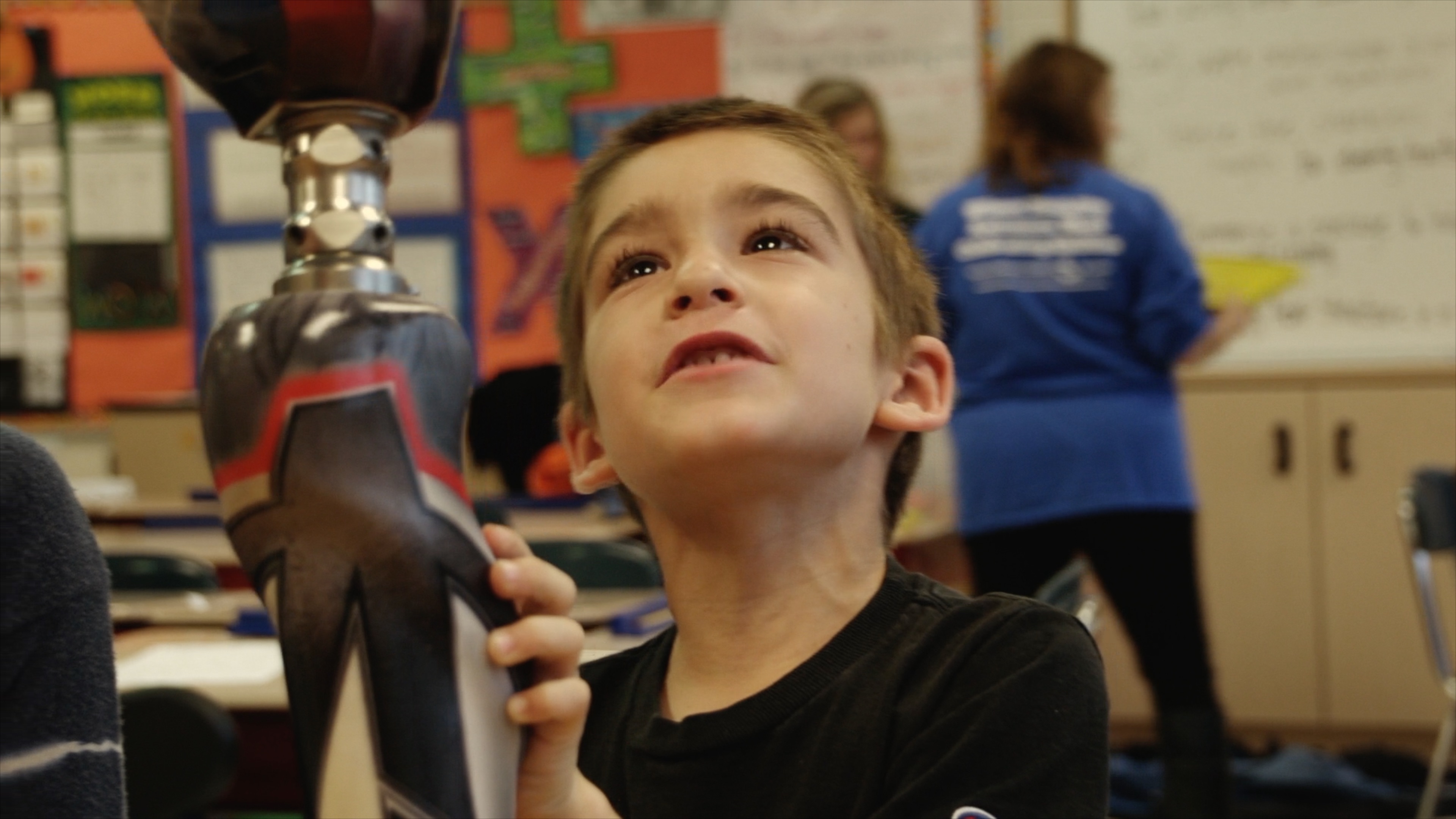 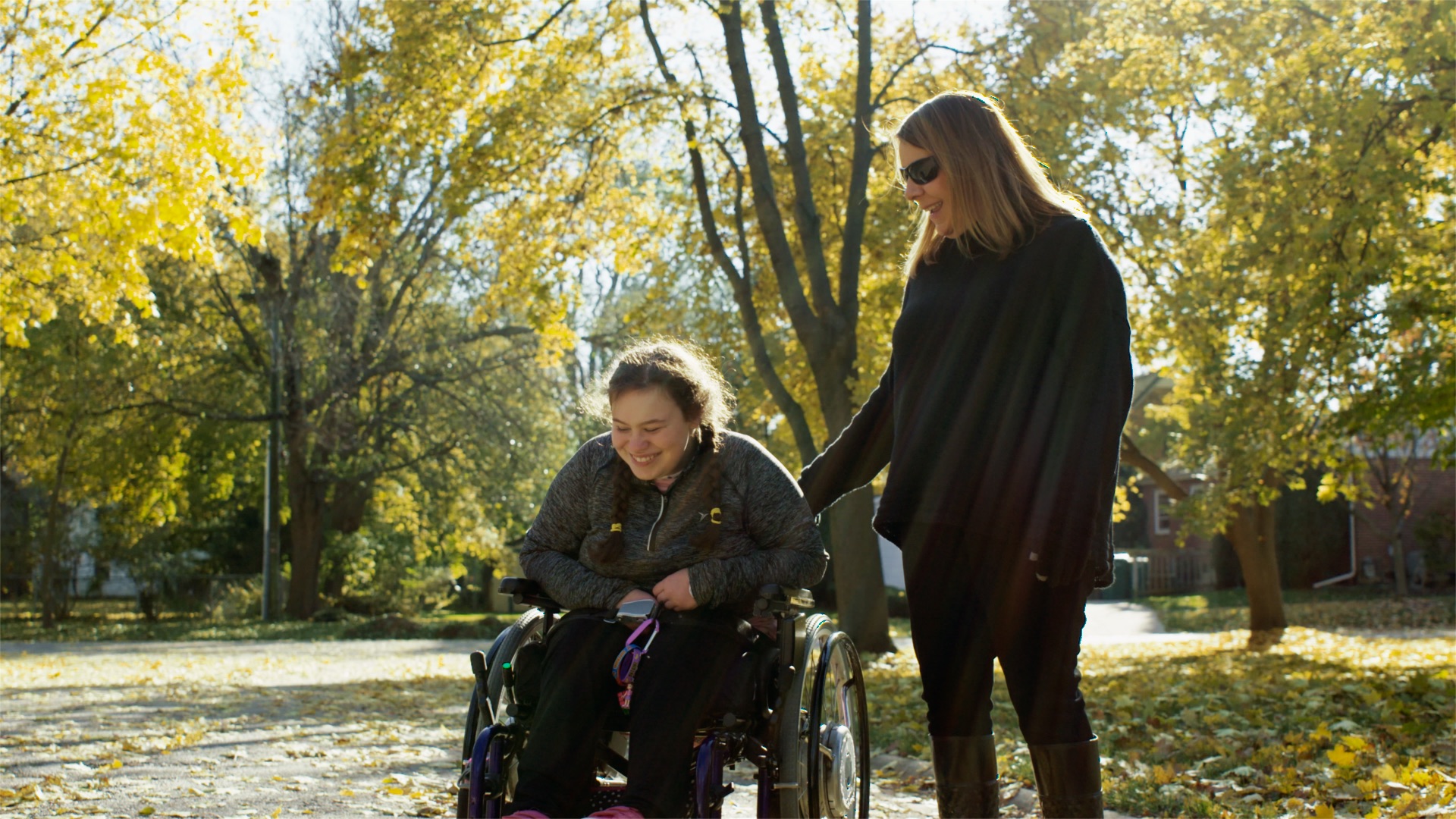