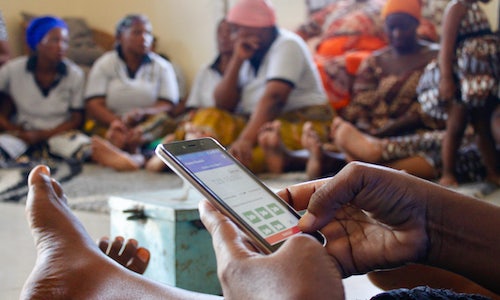 In 1991, CARE introduced an effort that would revolutionize how low-income women in rural areas achieve financial independence. CARE’s Village Savings and Loans Association (VSLA) initiative provides a simple and secure system for communities without access to formal financial institutions, like banks, to save money, receive loans, and secure emergency insurance.

Of CARE’s seven million VSLA members worldwide, 81% are women. The community-centered model empowers members to develop financial skills, reclaim access and control over resources, and generate income. For most women in VSLAs, financial independence means paying for health care, buying nutritious food for themselves and their families, going to school, and starting or expanding a business. As more women are financially empowered, they make investments in improving the health and resilience of their families and communities.

In 2017, CARE recognized an opportunity to scale the impact of VSLAs. By capturing information that groups already collect, CARE could demonstrate the credit-worthiness of their members to financial institutions. Group members would be enabled to participate in the formal economy - accessing small business loans, educational loans, and other financial tools.

CARE decided to transform their paper ledger system to a mobile app - “Chomoka” - allowing groups to securely record member’s financial activities. Chomoka, translated from Swahili, means the act of rising up; as in the sun rising in the morning, or a person rising from their seat. Chomoka aims to bridge financial inclusion to millions of people, helping some of the world's most vulnerable rise.

As one of the oldest and largest global humanitarian aid organizations, CARE excels at on-the-ground community projects. However, as VSLA groups matured and technology advanced, CARE recognized an opportunity to grow in a new direction: learning how to build a great consumer-facing digital product.

From Paper to Community-Based App in 20 Weeks
Chomoka started at the lowest possible fidelity: paper prototypes, brought into villages, and put in front of VSLA group members. In partnership with Exygy, a digital innovation studio, CARE developed the specification for a Minimal Viable Product (MVP). Simply put, this MVP was the smallest possible digital VSLA application that could be put into members hands, as quickly as possible. CARE and Exygy launched the first VSLA app with groups in Tanzania after 20 weeks.

CARE’s VSLA model is based on partnering with local trainers who help villages start VSLA groups, and then regularly monitor and provide support after they begin. CARE introduced Chomoka to trainers, who then brought the app to their existing groups. The trainers immediately began collecting feedback from groups, which they shared back to CARE and Exygy’s teams. Together, we quickly improved Chomoka based on these community-based tests, iterating on product release cycles to address issues and meet users needs based on what we heard.

Online Banking, Without the Internet
CARE needed Chomoka to “phone home” - to record group and member progress, provide critical data about how the app was being used, and where it needed to be improved. However, most of Chomoka’s end-users are VSLA members living in rural or peri-urban environments without internet access. How could we provide an online banking system, without internet?

To address this unique challenge, Exygy’s engineering team designed and developed a unique data-backup protocol based on SMS messaging. They built custom communication protocols and developed custom server infrastructure to integrate with the SMS system and providers in Tanzania. The system backs up each member’s data to a central server in Dar es Salaam. Using a dashboard, CARE can conduct analytics on the app’s use, create and test product improvements, demonstrate efficacy to funders and partners, and share credit-worthy statistics with financial institutions at the request of Chomoka users.

Because CARE trains the trainers, they’re able to determine what devices members use for Chomoka. CARE and Exygy selected a set of region-appropriate Android devices for group users, and ensured that user testing was focused on these devices. This decision enables us to focus time and resources, with the knowledge that app need only work on a fragment of an otherwise large African mobile device ecosystem.

Chomoka was first released to Tanzanian VSLA groups in January 2019. By June, 1,000 group users had replaced their paper ledger system with the Chomoka app. All the while, we were rapidly collecting information on where the app was meeting group members’ needs, where improvements needed to be made, and implementing the fixes. By the end of 2019, Chomoka is set to be a part of 10,000 Tanzanians' banking routines. We aim to serve one million users across Africa by 2022.

As Chomoka expands to VSLA groups across Africa, we see an opportunity for the app to play a larger role in the relationship between financial institutions and low-income women. As a product that’s breaking formal financial barriers, Chomoka will empower millions of lives in CARE’s VSLA initiative and beyond. Outside of CARE’s programs, there are 15 million people participating in alternative VSLA groups supported by local governments and NGOs. Chomoka represents a digital model that can be replicated, extending the ladder of financial inclusion to two billion adults without a bank account. 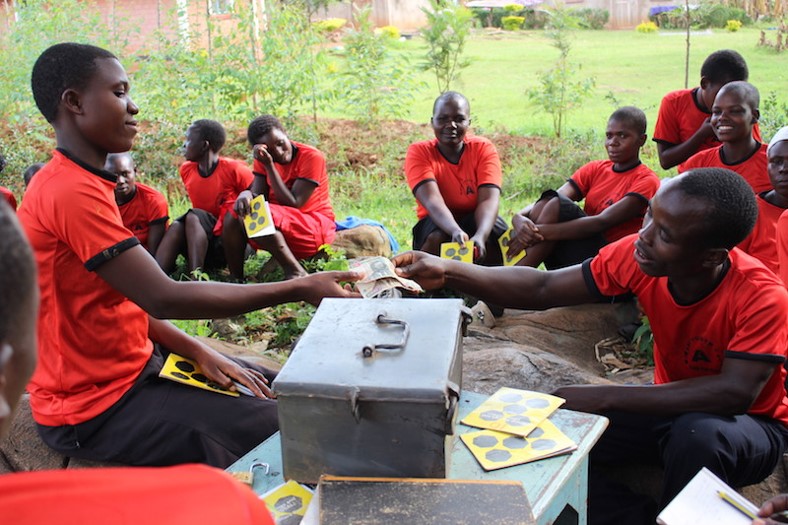 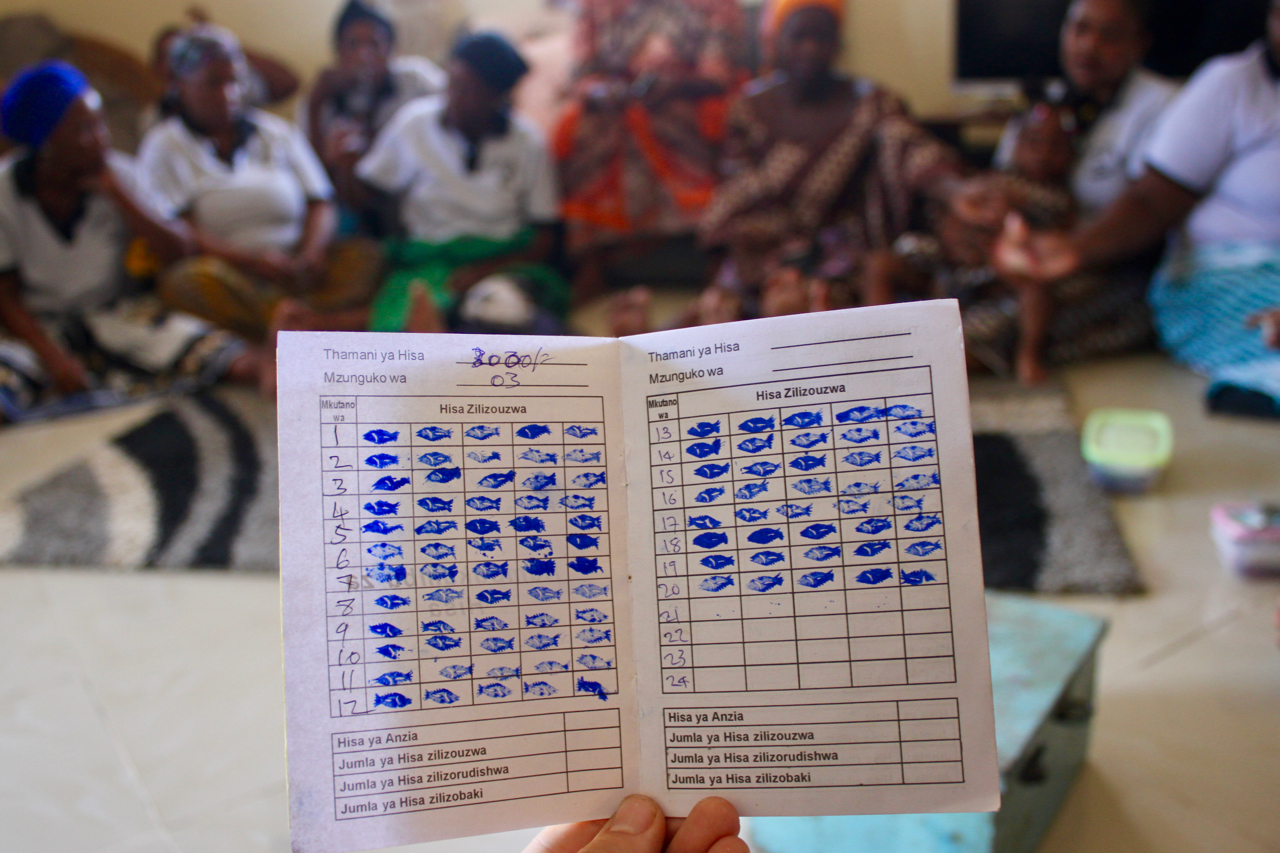 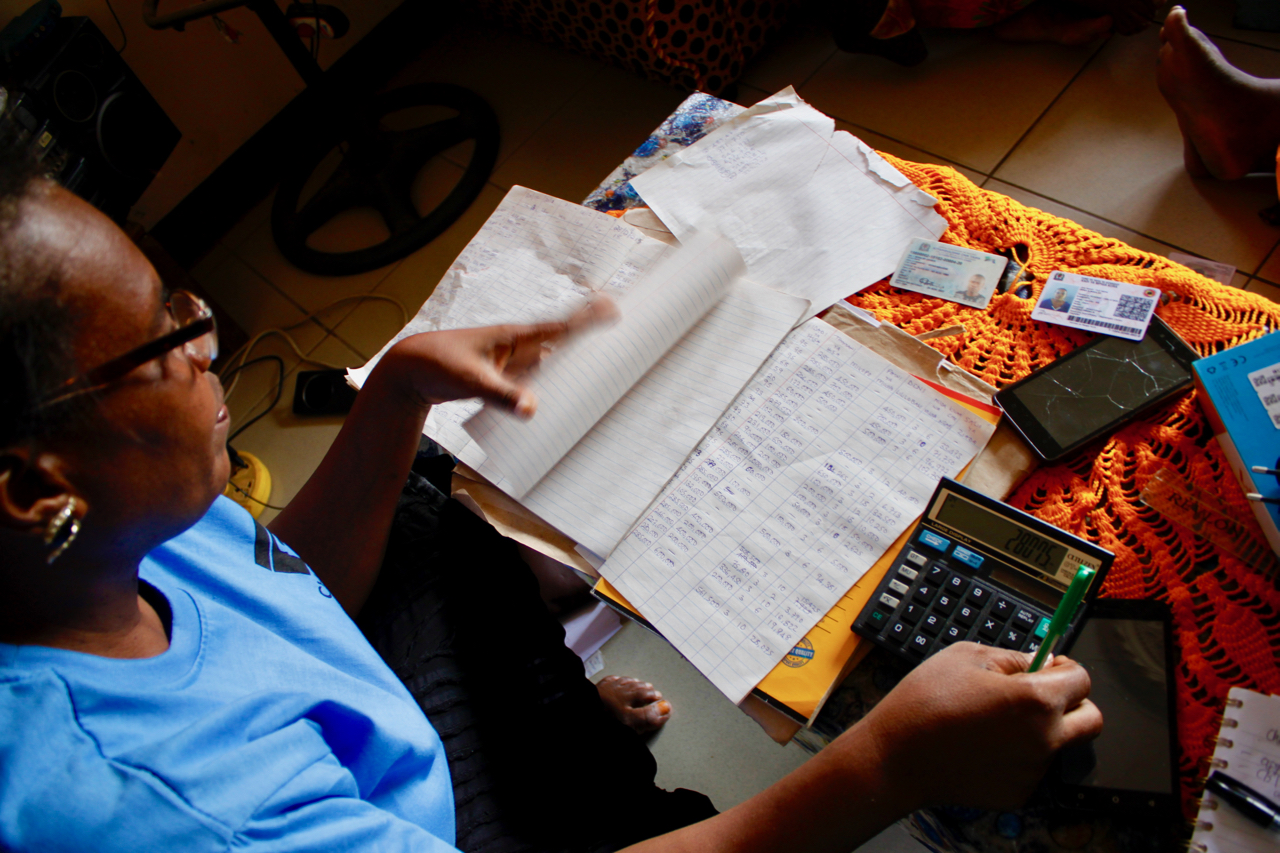 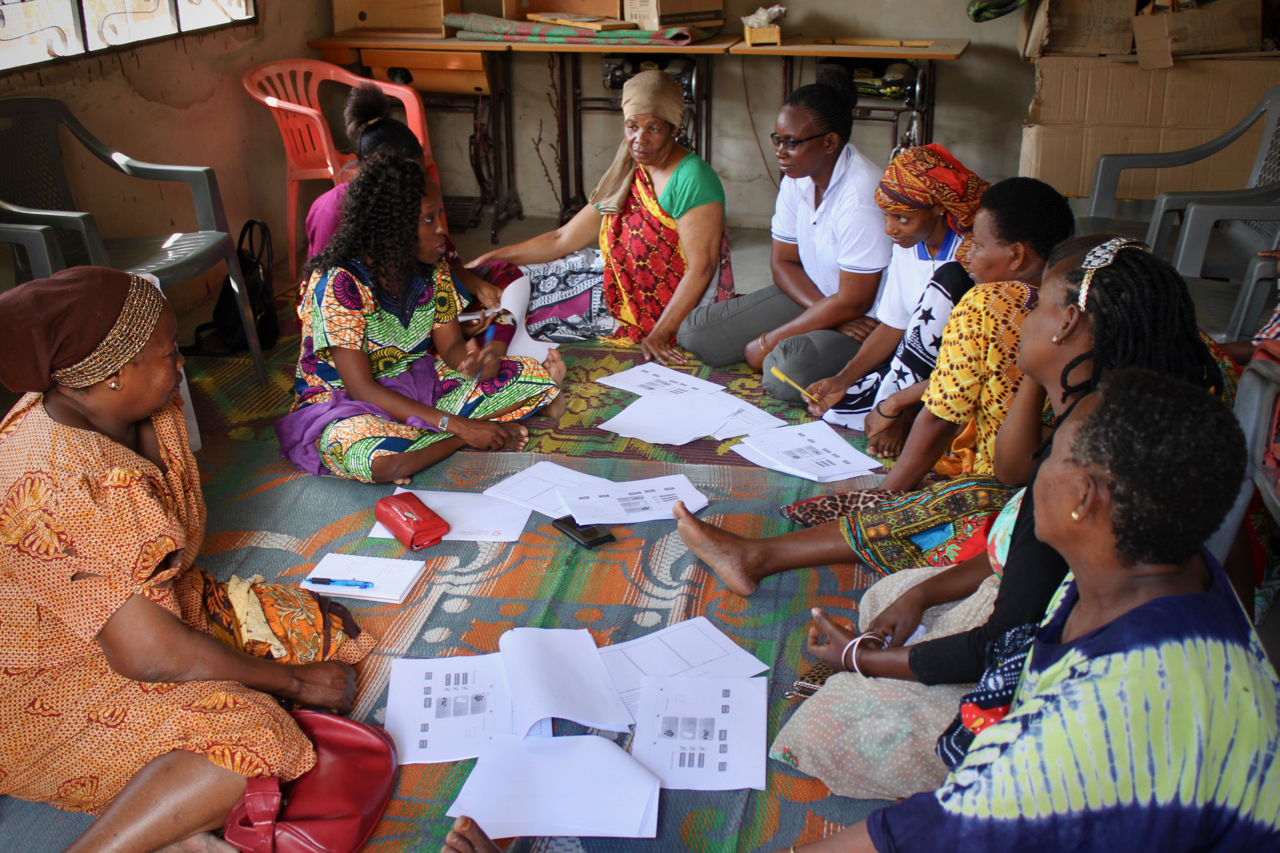 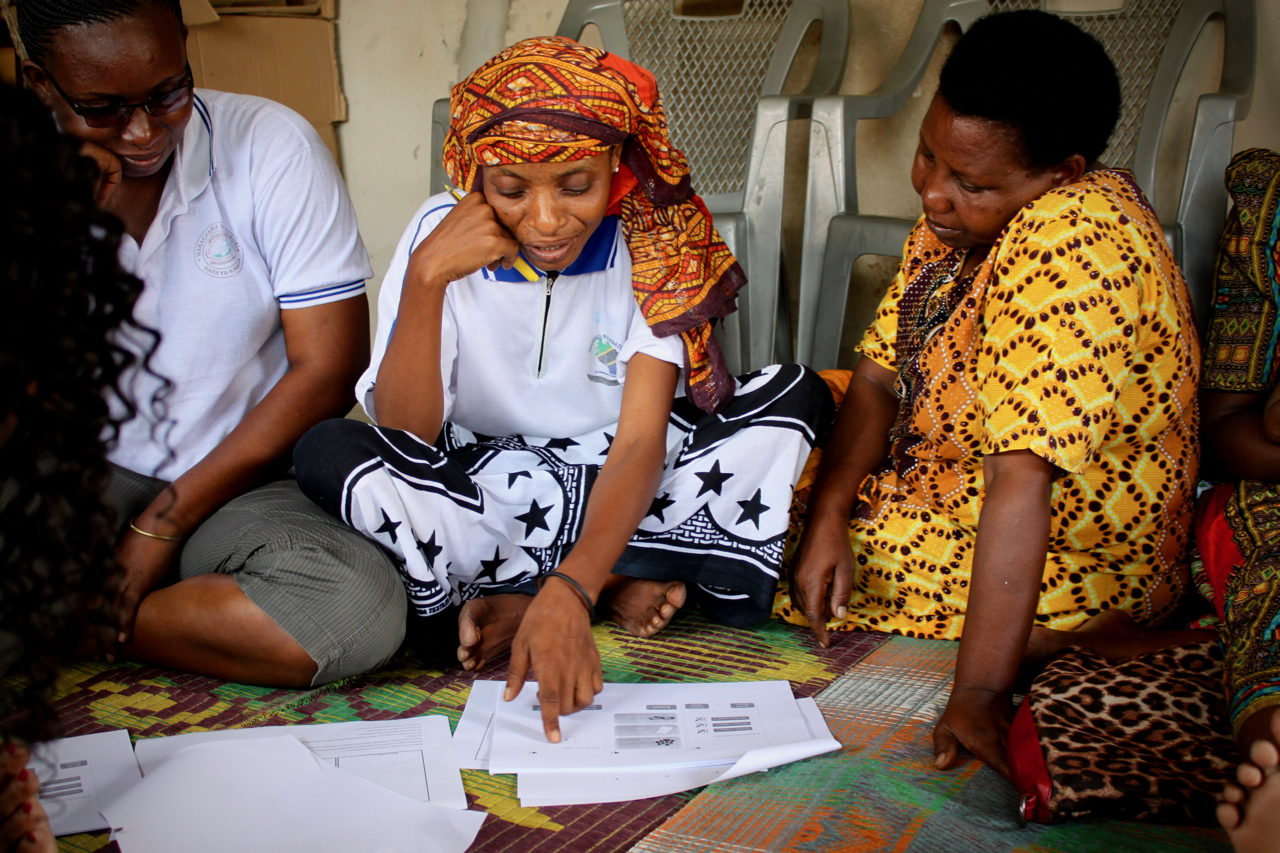 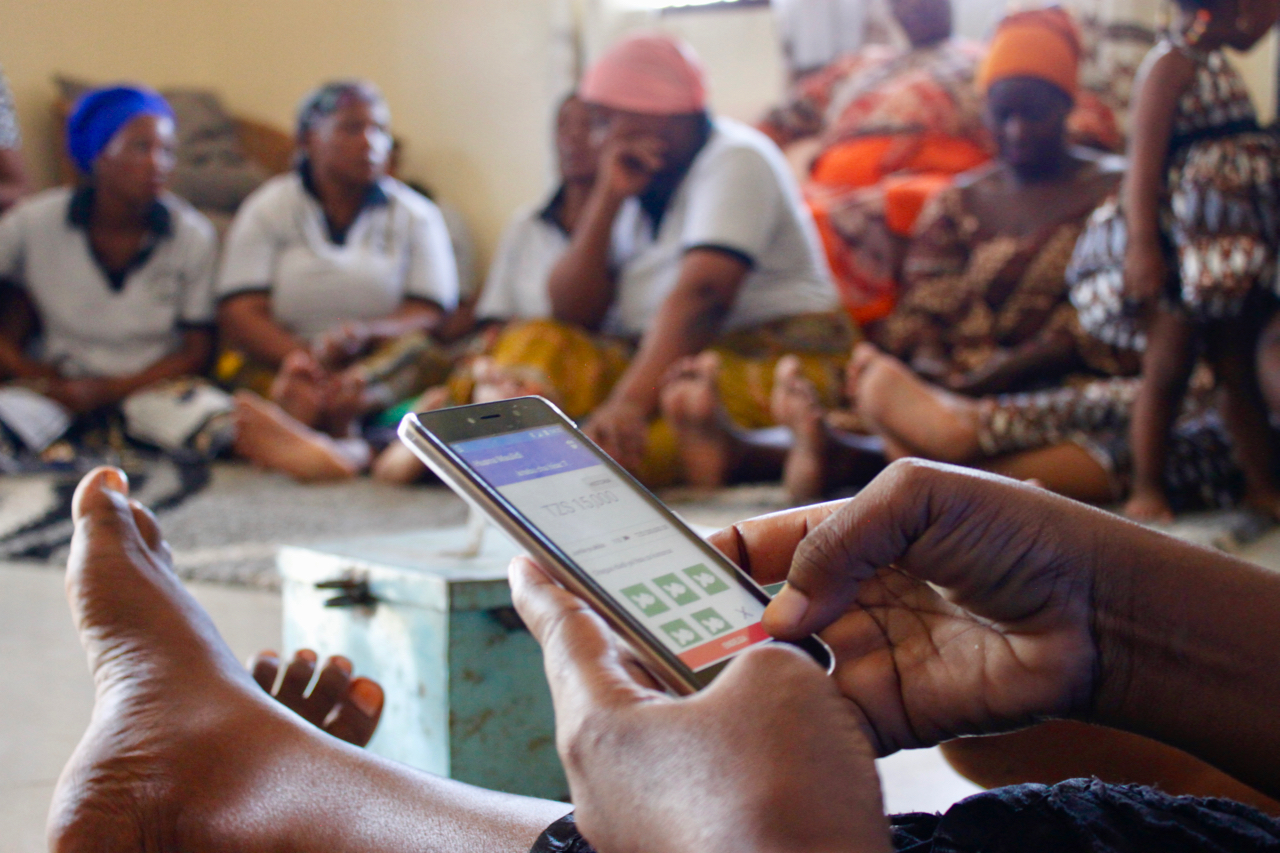 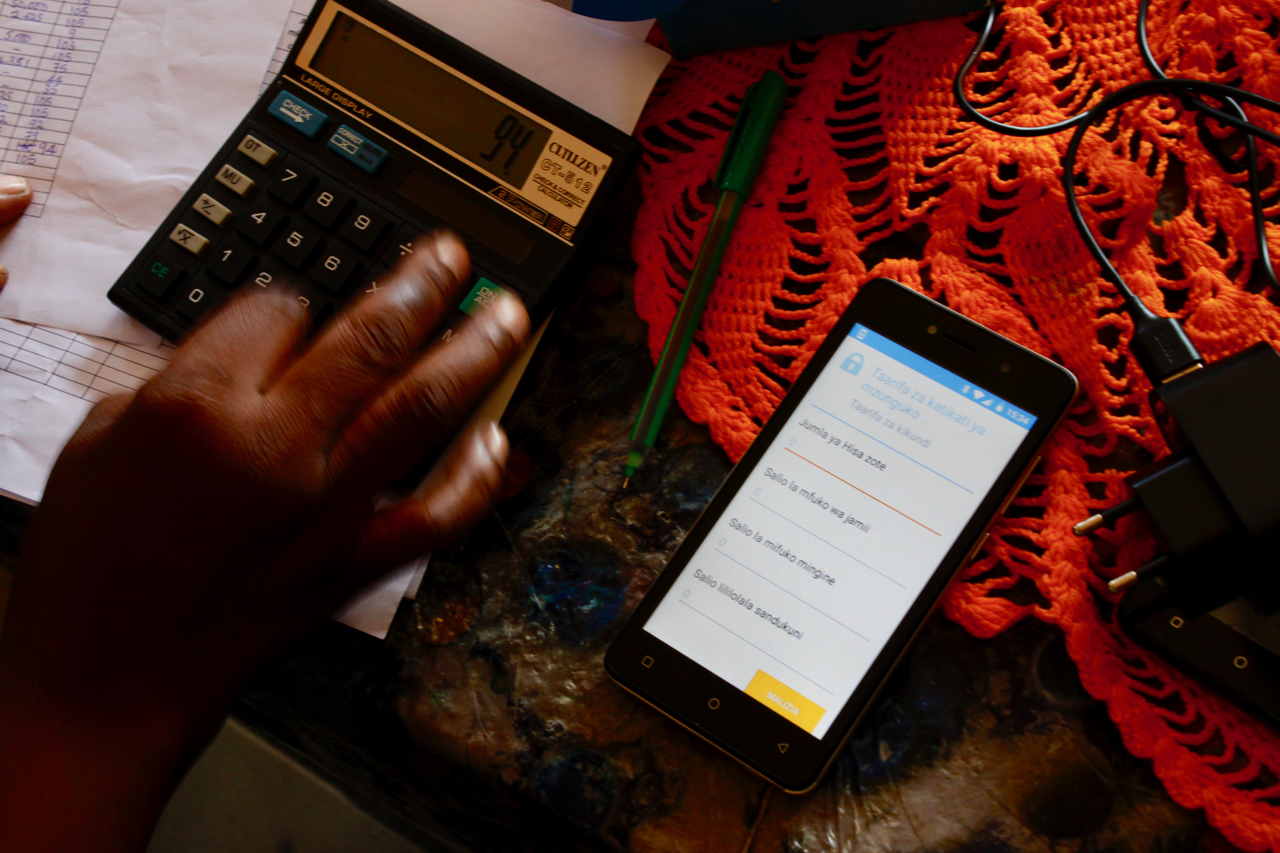 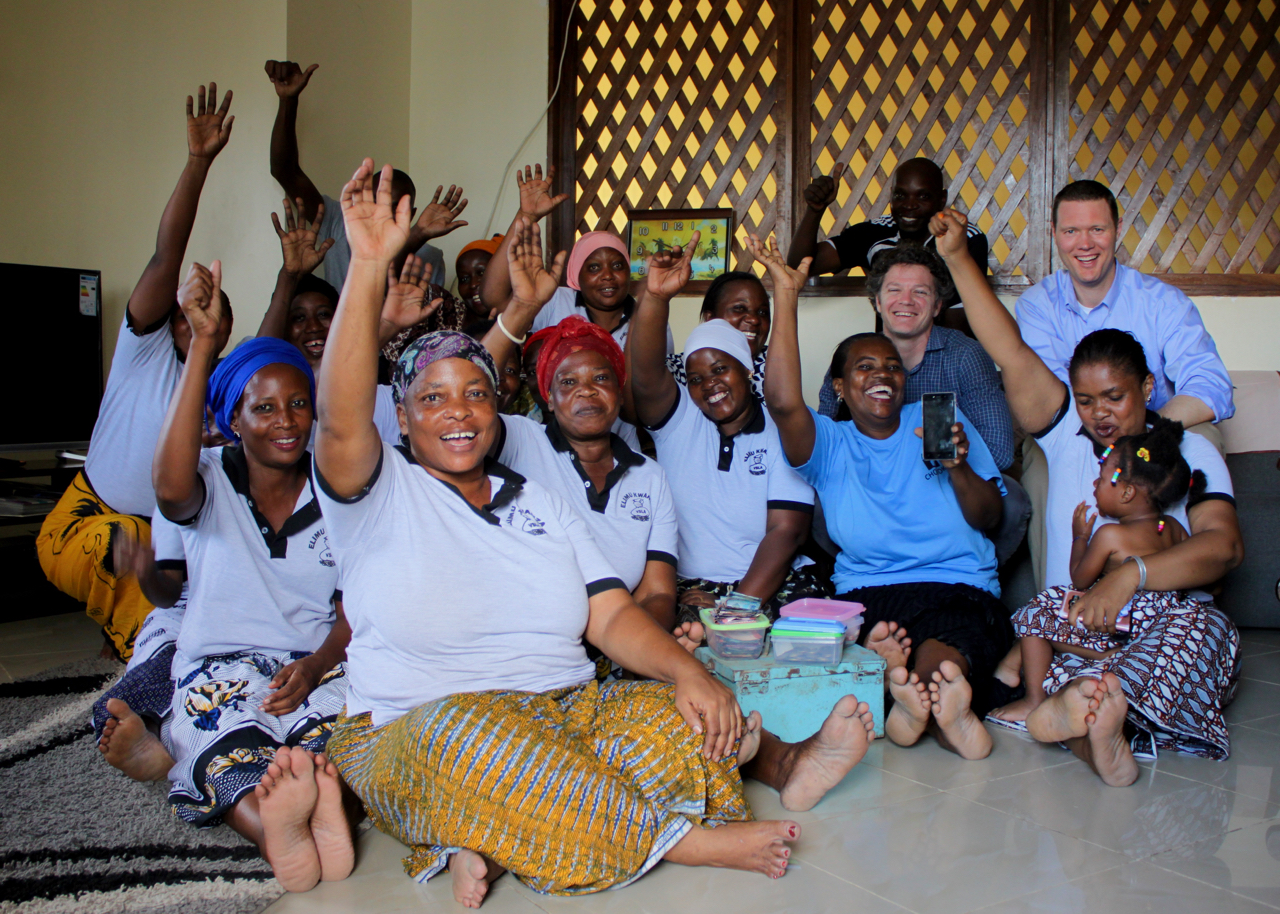