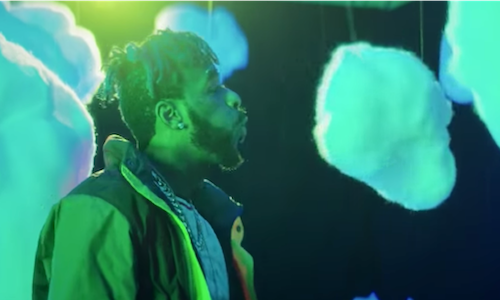 While combustible smoking rates continue to drop, the vaping epidemic has quickly threatened to roll back years of progress in teen nicotine use. And as the nation’s largest and longest-running smoking prevention campaign to date, we refuse to let that happen. 99% of e-cig and vape products sold contain nicotine, which is highly addictive -- especially to the developing brain. JUUL, one of the most popular vaping products, also contains one of the highest levels of nicotine among e-cigarettes. There’s still so much we don’t know about the long-term (or short-term) effects of these products, but the early research isn’t exactly encouraging. Vaping has caused numerous instances of illness (a few fatal) across the country recently, and it’s been proven that it can both weaken your immune system and permanently damage blood vessels.

Our teen audience needed to know these facts -- and fast. Rather than produce an ignorable PSA, we teamed up with CollegeHumor to inform potential vapers about the risks in a way that engaged two of our audience’s key interest points -- music and humor. To measure our success, we aimed to surpass CollegeHumor’s video views benchmark of 2,000,000, and our own engagement rate benchmark for media partnerships, which was 1.23%.

In order to set our message about vaping apart from a boring PSA, we decided to covertly sneak the facts into a banger of a rap song. The song, “Chuggin’ On Clouds” seemingly begins as an anthem about how much the rapper loovveesss to vape. But throughout the lyrics, he slowly discovers some of the adverse effects of vaping -- quickened heartbeat, weakened immune system, damaged blood vessels -- and suddenly, the habit doesn’t seem quite as alluring. By the end of the song, our rapper is “done chuggin’ on clouds all day.”

To maximize our exposure to the CollegeHumor audience, we did a homepage takeover of their site the day the video debuted. We also promoted the content on Instagram and Facebook through our own truth channels.

Our goal was to beat big benchmarks on views and engagement, and to spread awareness of the facts about vaping. But we also wanted to entertain in a way that was native to the CollegeHumor audience.

Ultimately, our music video garnered 2,623,834 video views and an engagement rate of 1.29% -- both surpassing benchmarks. Sentiment on the video was also some of the best we’ve seen, with comments like, “I low-key wanna get this song,” “An ad I actually clicked on,” and “a joke with a meaningful twist.” While we’re still waiting to watch the vaping epidemic continue to unfold, we’re confident that this piece helped us get some of the early research out there.

Video for Chuggin on Clouds