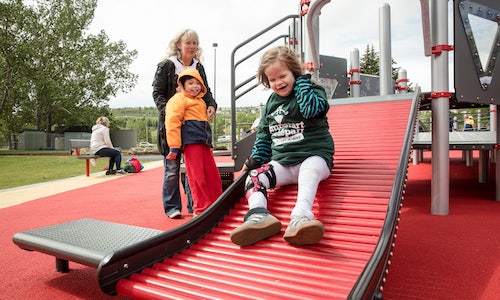 Canadian Tire Jumpstart Charities is a national charity dedicated to helping kids overcome financial and accessibility barriers to sport and recreation in an effort to provide inclusive play for kids of all abilities. Established in 2005, Jumpstart was created so that all kids, regardless of their financial situation, could participate in organized sport and physical activity.

Jumpstart understands that for kids, the opportunity to play is about so much more than getting active. It helps them develop valuable life skills like courage, confidence, and teamwork, fosters self-esteem, and overall, puts kids on the right path for life. In 2017, after helping more than 1.5 million Canadian kids in financial need, Jumpstart expanded its mandate to address accessibility, in addition to financial barriers, to help even more kids across Canada play. In September of 2017, Canadian Tire Corporation announced Play Finds A Way: a five-year, $50 million fundraising commitment in support of Jumpstart to help give Canadian kids with disabilities access to sport and play.

In 2018, Jumpstart embarked on its Inclusive Play Project with the objective of creating a more inclusive Canada through access to sport and recreation. The funding commitment focuses on infrastructure, programming, and equipment to provide access to sport and play for kids with disabilities including: building inclusive playgrounds in every Canadian province and territory, retrofitting existing community centers, parks, and arenas, and expanding its investment in the Para Sport Jumpstart Fund.

The need for inclusive play spaces, programming and infrastructure in Canada is paramount – close to 40% of kids living with a disability have never taken part in an organized activity.

Through its work with the Canadian Paralympic Committee on the Para Sport Jumpstart Fund, and other community partners who facilitate accessible sport programming, it became apparent that Jumpstart could help more kids reach their full potential through sport by helping remove accessibility barriers to play.

Jumpstart’s Inclusive Play Project was developed with input from partner organizations across Canada, including the Canadian Disabilities Participation Project, the Canadian Paralympic Committee, the Rick Hansen Foundation, and experts from all three levels of government and academia. Jumpstart also leveraged the help of many of its existing community partners across the country, to assess market needs and develop a customized approach to ensure that programs had the most meaningful impact within the play space.

Jumpstart believes that for kids, the opportunity to play is about much more than getting active: sport and physical activity give kids the opportunity to try something new, make new friends, engage socially and develop mentally, physically and emotionally.

In 2018, Jumpstart embarked on building inclusive playgrounds, with a goal to create at least one in each Canadian province and territory. Measuring up to 15,000 square feet, Jumpstart Playgrounds promote physical, social and emotional development and accommodate a variety of disabilities – including physical, cognitive and sensory – creating a place where all kids of all abilities can play side by side.

Jumpstart Playgrounds feature a collection of accessible equipment and elements and include, but are not limited to the following:

Third, Jumpstart increased its financial commitment to the Para Sport Jumpstart Fund – a joint program with the Canadian Paralympic Committee to create greater opportunities for sport and play for children and youth with disabilities – to $5 million over five years. Para Sport Grants are available for eligible organizations who can access funding for both Paralympic Sports and parasport activities.

By raising funds through a range of partners, Jumpstart is working to address a need across the country and bring inclusive play to Canada to help improve accessibility so that all kids can learn and grow through sport and play.

In 2018, Jumpstart made significant progress on its objective to create a more inclusive Canada. In one year, the Charity built five Playgrounds: in Charlottetown, PE; Toronto, ON; Winnipeg, MB; Prince Albert, SK; and Calgary, AB.

As a result of the new Jumpstart Playgrounds, many kids across the country have had the opportunity to play on a playground for the first time.

A mother of a 12-year old girl with a physical disability told Jumpstart it was “the first time her daughter had ever played on a playground alongside her friends.”

In 2018, Jumpstart also awarded ten Accessibility Grants across the country, valued at over $3.1M total. In Peterborough and Niagara Falls, the infrastructure projects have already been completed. At the Peterborough Sport and Wellness Centre, the installation of a new Poolpod lift system has allowed more users to independently enter and exit the pool, improving improved overall pool accessibility. The installation of accessible pathways at Niagara Falls’ Heartland Forest has made it possible for people of all abilities to access the park and has yielded higher quality programming to support physical activity.

Additionally, through the Para Sport Jumpstart Fund, 29 organizations across Canada received grants to support training for coaches who work with athletes with disabilities, the development of new parasport programming, and the expansion of existing parasport programs.

In 2018, Jumpstart’s Inclusive Play Project resulted in the construction of more than 130,000 square feet of accessible play space and an additional 24,000 hours of accessible programming across Canada. 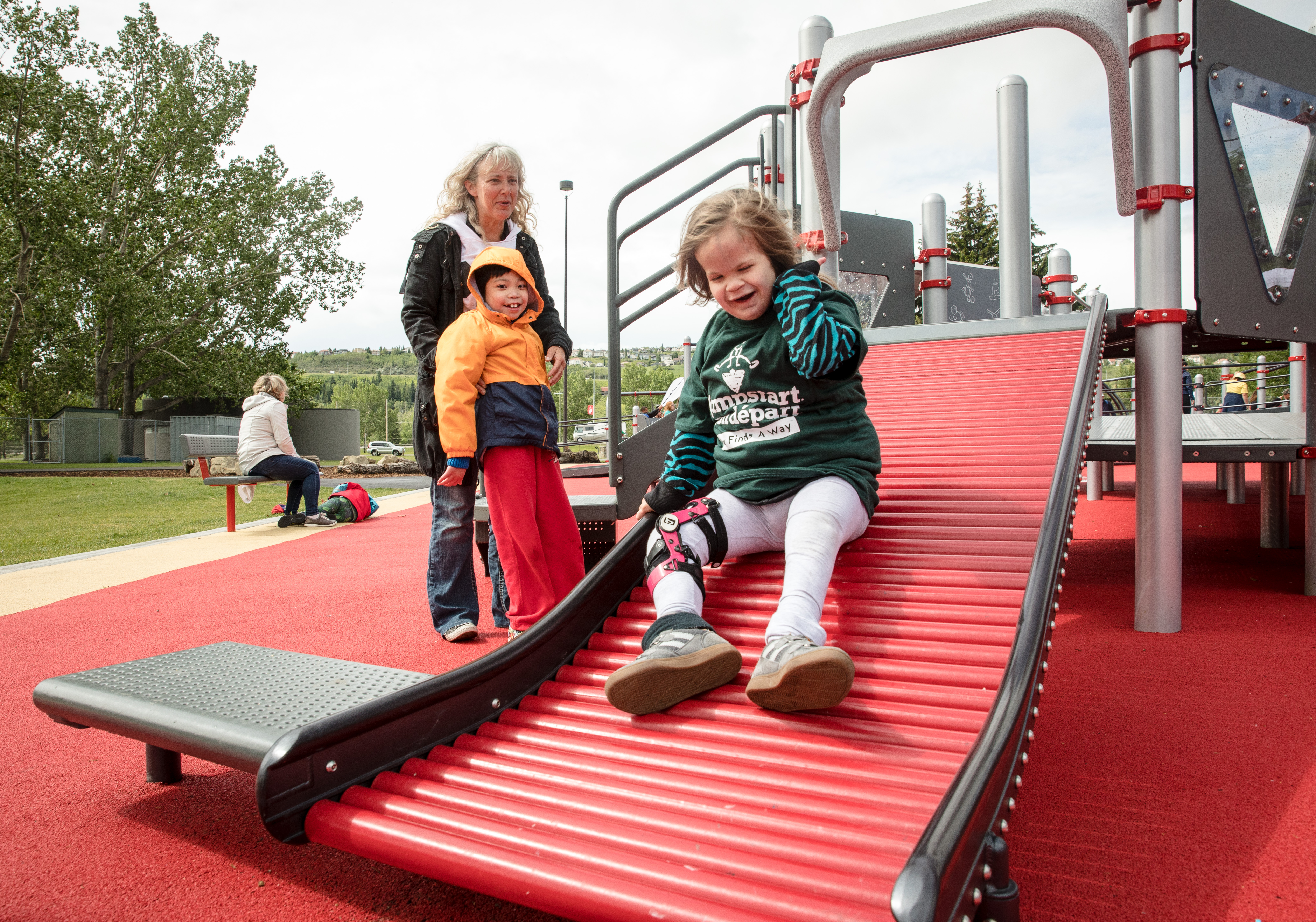 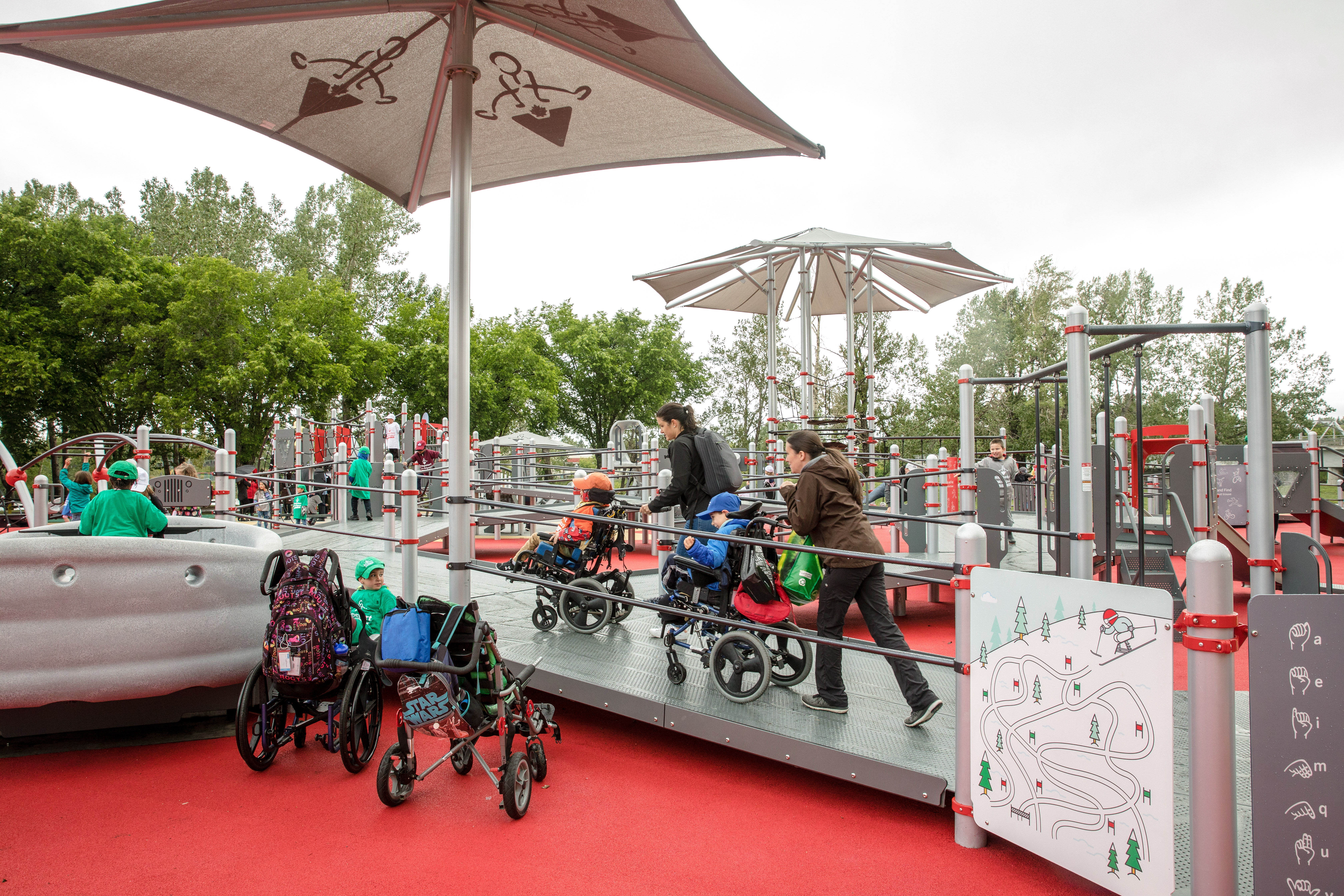