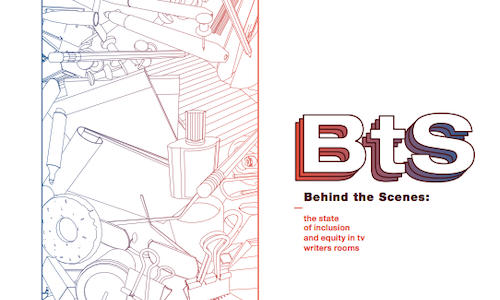 Behind-the-Scenes: The State of Inclusion and Equity in TV Writers Rooms

In 2018, a group of gender and racially diverse television writer/producers, and showrunners gathered confidentially to start a movement that could change Hollywood’s treatment of diverse writers.

Their collective experience battling for career advancement made it clear that there are systems in place in the entertainment industry that present creative and career barriers for writers of diverse backgrounds. How can they tell true stories when their creativity is stifled? How can they fight back against harmful stereotypes and tokenisms if they are relegated to the bottom of the career ladder? How can their work reflect the nuances and complexities of our diverse society if writers themselves do not have the freedom, space and equity to create these stories?

Under the name the “Think Tank for Inclusion and Equity,” (TTIE) these writers seek to 'tie' diverse writer communities together to speak with one voice about the issues facing all diverse writers. Under the radar, they launched the first-ever survey on the state of writers rooms. This survey was a brutally honest look into the inner workings of writers rooms and the perspectives of the writers of color, women, LGBT+ writers, and disabled writers that had for too long gone unshared, unvalued, and unnoticed.

The goal in conducting and releasing the results of this survey was to showcase the widespread problems for diverse writers, and to use these data-driven insights to change processes and opportunities for writers from diverse backgrounds within writers rooms and at studios and networks.

For the “Behind-The-Scenes: The State of Inclusion and Equity in TV Writers Rooms” report, the Think Tank for Inclusion and Equity conducted an online study from July 28 to September 1, 2018, which included 292 diverse working TV writers and/or writing program/fellowship alumni. The survey included questions concerning their experiences as writers in the industry, covering topics such as: writing programs and staffing, the writers room, development, agents and managers, and recommendations. Respondents remained anonymous and only identified by their self-identifying subgroups and levels.

TTIE found that diverse writers face a series of problems: many are isolated within writers rooms, relegated to lower-levels where they have less say in contributing to stories; many find their pathway to advancement blocked, which explains the lack of representation in the mid, upper and showrunner levels; and a majority of diverse writers have experienced some form of bias, discrimination, and/or harassment in the writers room. With such barriers in place, it is not surprising that we have seen very slow growth in the depiction of truly diverse content on TV that reflects the diversity of American society at large.

However, TTIE also found that programs such as network and studio writing programs and fellowships provide beneficial hands on training and access to the industry. They found that 52% of diverse writers have participated in these programs, and when asked “Within 1 year of completing one or more of the fellowship/writing programs,” most diverse writers: Had staffing meetings (67%), got staffed on a show (60%), or secured representation (58%).

Additionally, with the results of the report, TTIE was able to craft recommendations for writers rooms moving forward to implement better hiring processes and create a more diverse writers room. Their recommendations include seeking meaningful representation in hiring, removing systemic barriers to promotion, advancement for diverse writers and fixing the system to equitably address bias, discrimination, and harassment.

The report was released in March 2019 by the Pop Culture Collaborative’s public relations firm, Elle Communications. It was shared with key entertainment outlets as well as top national news and culture publications to generate more widespread conversation on the issue. In addition, TTIE hosted a media roundtable the evening before  the survey release with TTIE members, writers who were willing to go on the record to share their stories. This provided a safe space for the working writers to share their anecdotes and perspectives and helped ensure that journalists were being sensitive to this as well.

“Behind-The-Scenes: The State of Inclusion and Equity in TV Writers Rooms” is only a first step in directly tracking the experiences of diverse TV writers in the industry. Our hope is to continue collecting and reporting on this data, year-after-year, so progress on inclusion and equity issues can be measured in real time.

The 2019 release of the Think Tank for Inclusion and Equity’s (TTIE) report Behind The Scenes was a groundbreaking moment for diverse TV writers to document their experiences with systemic racism and sexism in the entertainment industry. Led by two television writers, Y. Shireen Razack and Tawal Panyacosit Jr., and with support from Women in Film and the Pop Culture Collaborative’s public relations firm, Elle Communications, the report garnered 50 media hits (1,150,710,810 impressions) and was featured in The New York Times, Bustle, Vice, The Hollywood Reporter, Deadline, CNN, Variety, AfroPunk, The Root, and elsewhere. The corresponding open letter (#WriteInclusion) calling for industry-wide changes received 300 signatories, including powerhouses Lena Waithe, Marti Noxon, Joss Whedon, and Jill Soloway. Since the report’s release, executives from diversity programs and fellowship programs such as Nickelodeon, NBC/Universal, and Disney have called on the TTIE team to consult on programmatic and policy changes. 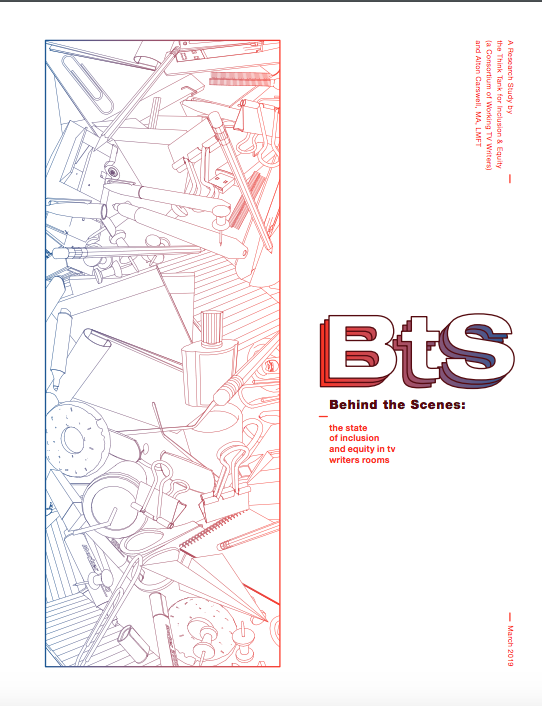 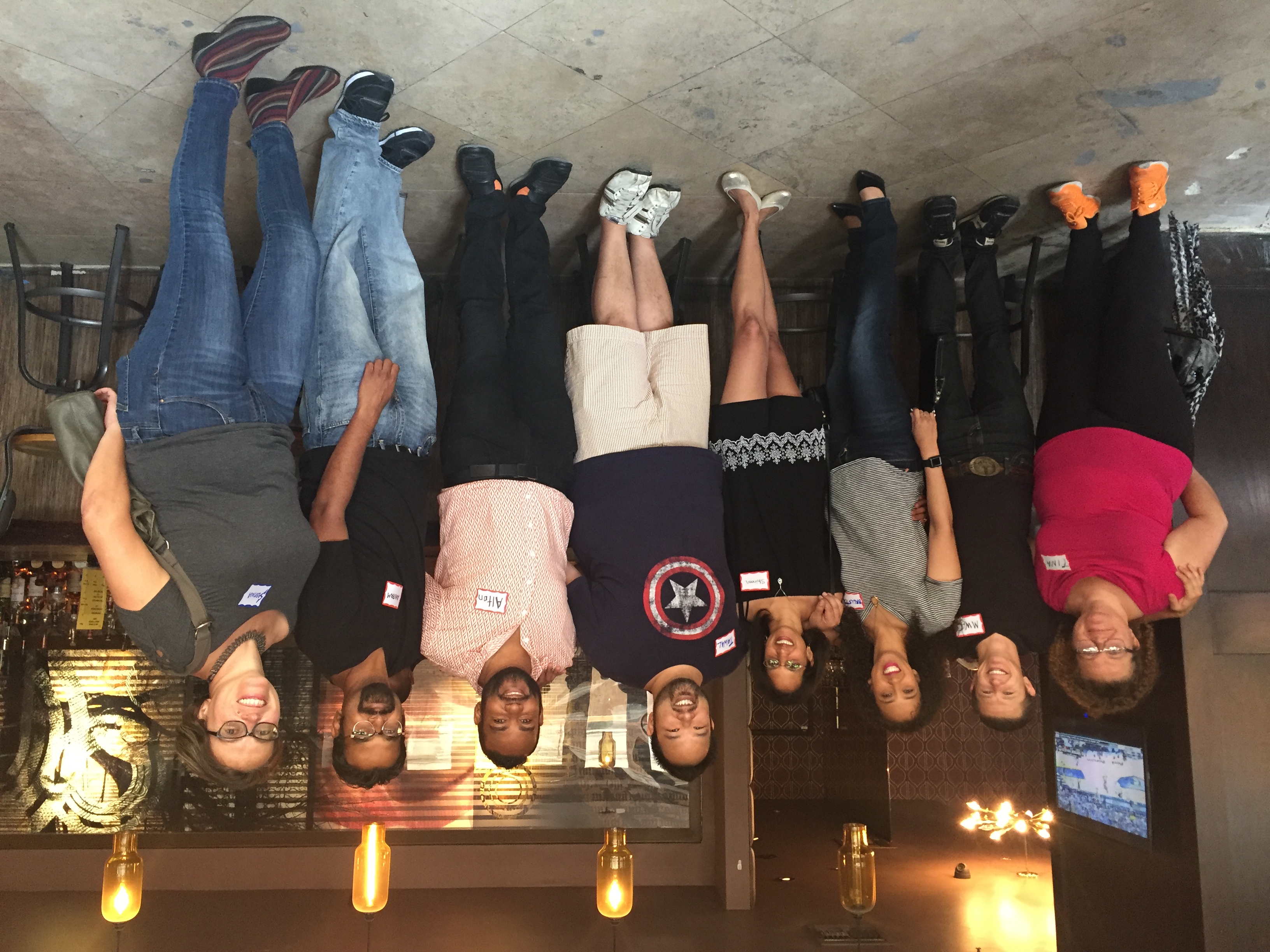 Think Tank for Inclusion and Equity