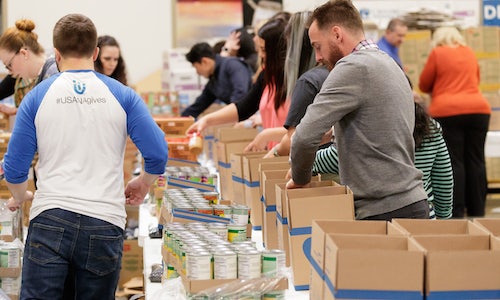 Giving Tuesday is the first Tuesday after Thanksgiving and the consumerism frenzy that is Black Friday and Cyber Monday. Giving Tuesday was designed to remind people about the importance of giving back and what the spirit of the holidays is all about. USANA's True Health Foundation decided to do their part in Giving Tuesday by hosting a Food Pak at its onsite warehouse in Salt Lake City, Utah.

The mission of USANA's True Health Foundation is to provide food and nutrition to impoverished children and families, ensuring they can reach their fullest potential. One of the ways the True Health Foundation fulfills this mission is by packing boxes of food, like canned vegetables and fruit, rice, cereal, pasta, and peanut butter, and distributing them to those most in need.

To help spread word about the event and the mission of Giving Tuesday, the USANA PR team made it their goal to secure media coverage for the day.

The idea behind the event began with Giving Tuesday. Working alongside the True Health Foundation, USANA's PR team wanted to create a service project that would be impactful and memorable, and Giving Tuesday was the perfect day to do so. People always feel more giving during the holidays, but also get trapped in the mindset of buying and spending money, so the team wanted to use the event as a chance to remind people of the purpose of the holidays and that there are people less fortunate out there.

Every August at USANA's International Convention, the True Health Foundation hosts a Food Pak where USANA sales Associates can come and pack food to be sent all over the world. Because USANA has an expansive warehouse onsite, a Food Pak was decided as the best option for a charitable event.

The Foundation enlisted the help of the Children's Hunger Fund to provide hundreds of boxes of food for USANA employees to pack. The Food Pak was organized so volunteers can come to the warehouse for an hour or two and go along the line filling boxes with specific amounts of food items to ensure proper, balanced meals.

Along with inviting all 800 of USANA employees to participate, professional athletes sponsored by USANA were also invited to lend a hand, as well as local USANA sales Associates.

The True Health Foundation is a non-profit organization, so to help pay for the food supplies for the volunteers to pack, the Foundation took to social media to ask for donations. Combining effort with the USANA corporate social pages allowed for a bigger reach and more donations. The audience reach for the social media channels include:

Every dollar donated equals four meals, and every dollar goes to the cause. They also used existing donations to help cover the cost of packing and shipping the food.

For promotion, all USANA social media channels put out posts leading up to Giving Tuesday remind people to donate, or to do their own service for the day. The hashtags used were #givingtuesday and #usanagives.

The USANA PR team also reached out to multiple local news outlets to receive coverage on the event with the goal of publicity for USANA and to inspire others to do their part on Giving Tuesday. Outlets reached out to include, the Desert News, the Salt Lake Tribune, KUTV 2, KSL 5, KSTU 13, and KTVX 4.

Because it was the holidays, USANA's chief communications and marketing officer and vice president of marketing and PR dressed up like Santa Clause and Mrs. Clause respectively to help get everyone's spirits in the mood for giving.

After eight hours of hard work, employees, local Associates, and Team USANA athlete and Canadian Football player Gianni Paul worked side by side packing boxes with fruits, vegetables, pastas, and protein, and prepping them to be shipped to those in need around the world. By the end of the day, more than 300 employees and Associates boxed up 100,000 meals. 20,000 went to emergency pantries throughout the Salt Lake area, and the remaining 80,000 were spread across the globe to families who need them the most.

The Food Pak was also covered by six different local news outlets. Coverage of the event was provided by, The Deseret News, Good4Utah, KSTU 13, KUCW, KTVX 4, KSL 5, and KUTV 2. The coverage included photos, b-roll, and interviews with the Foundation's president, Brian Paul and other volunteers. 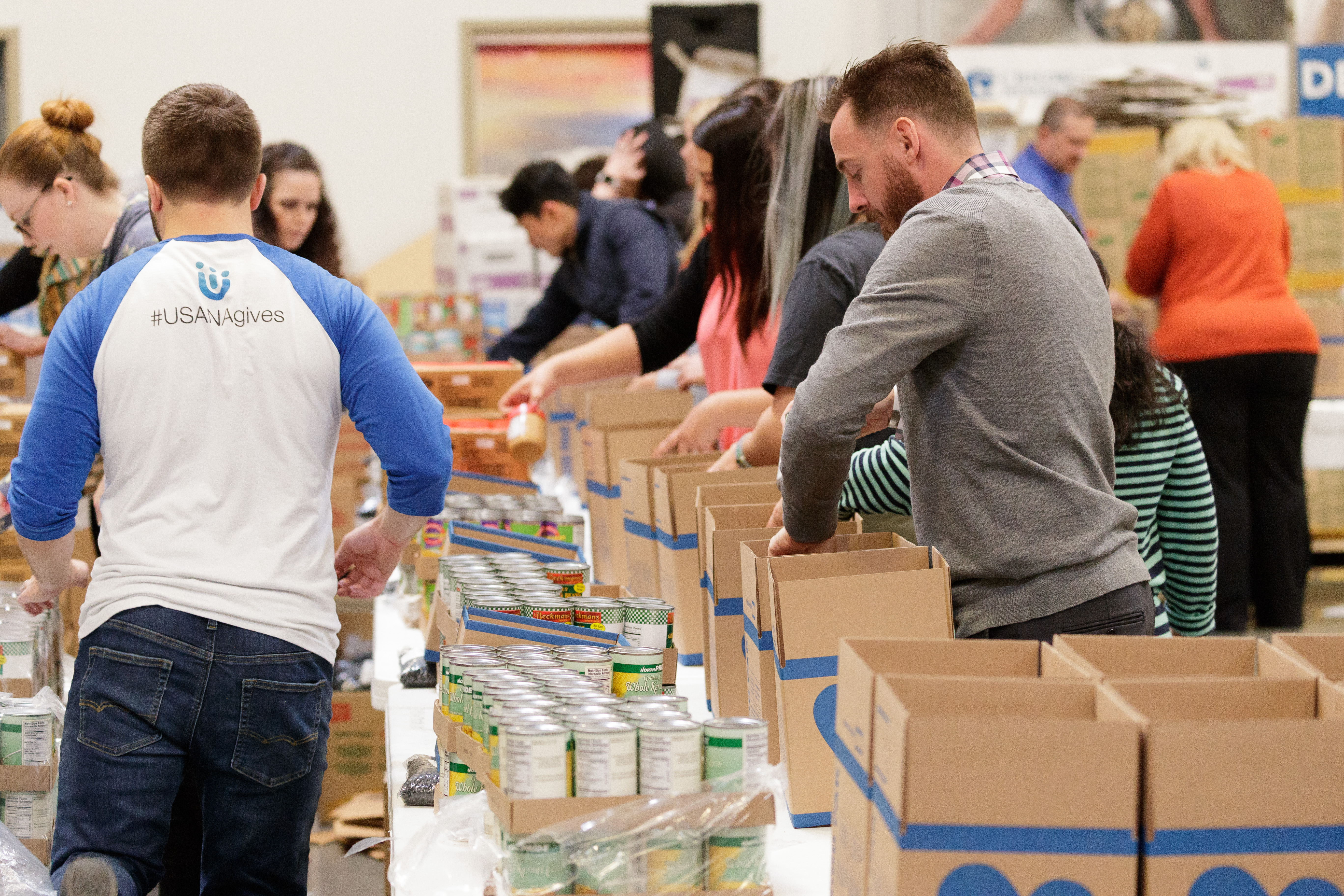 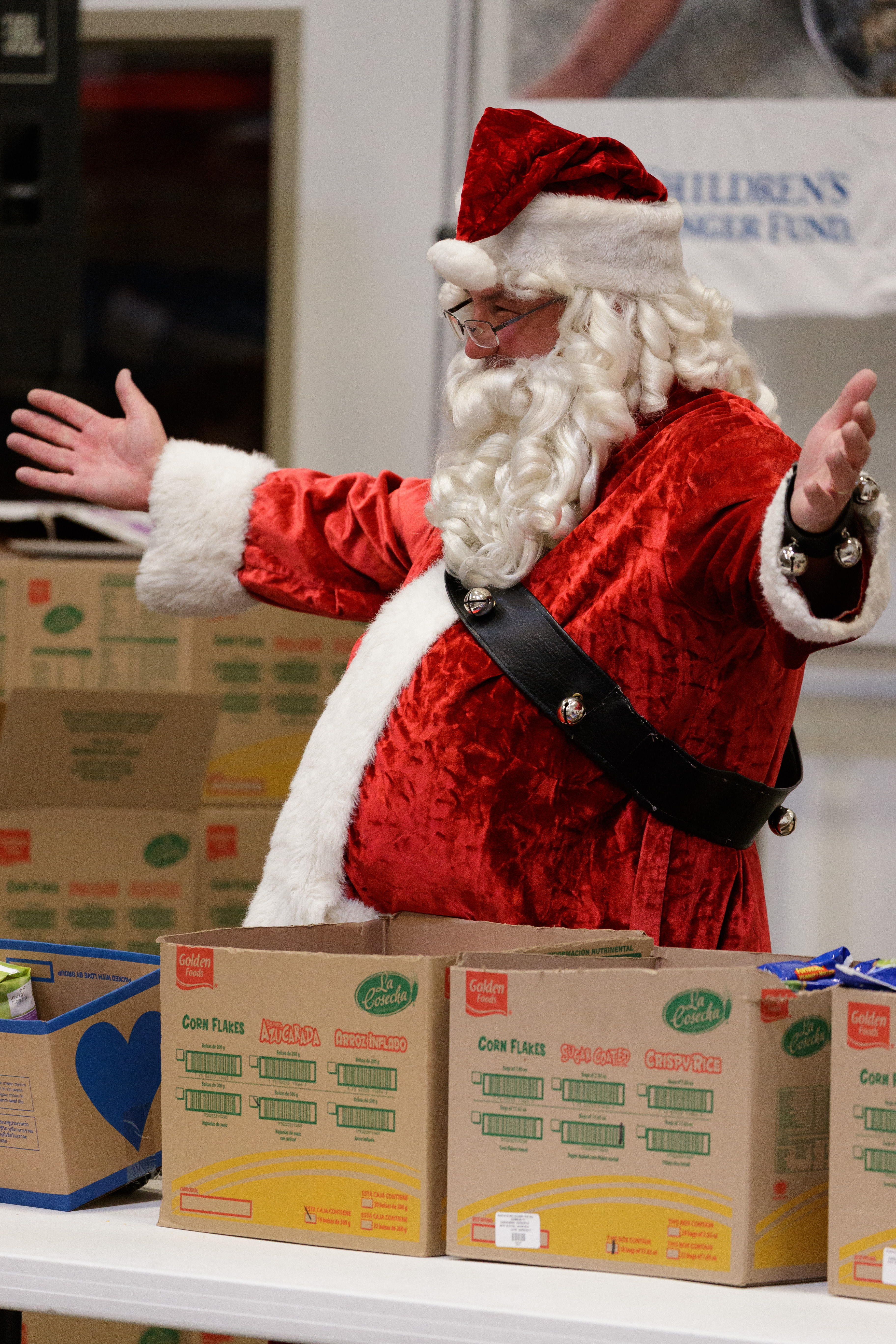 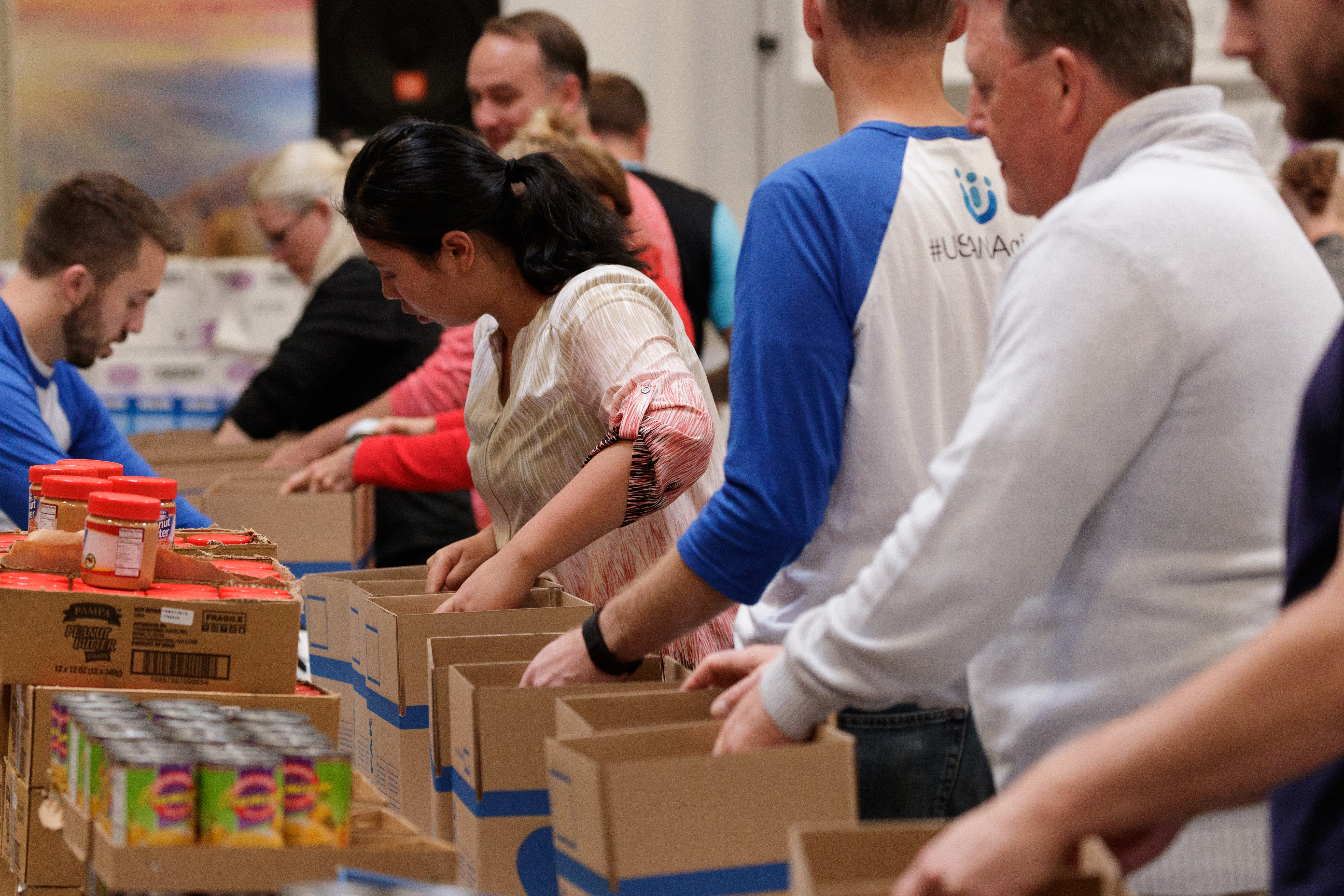 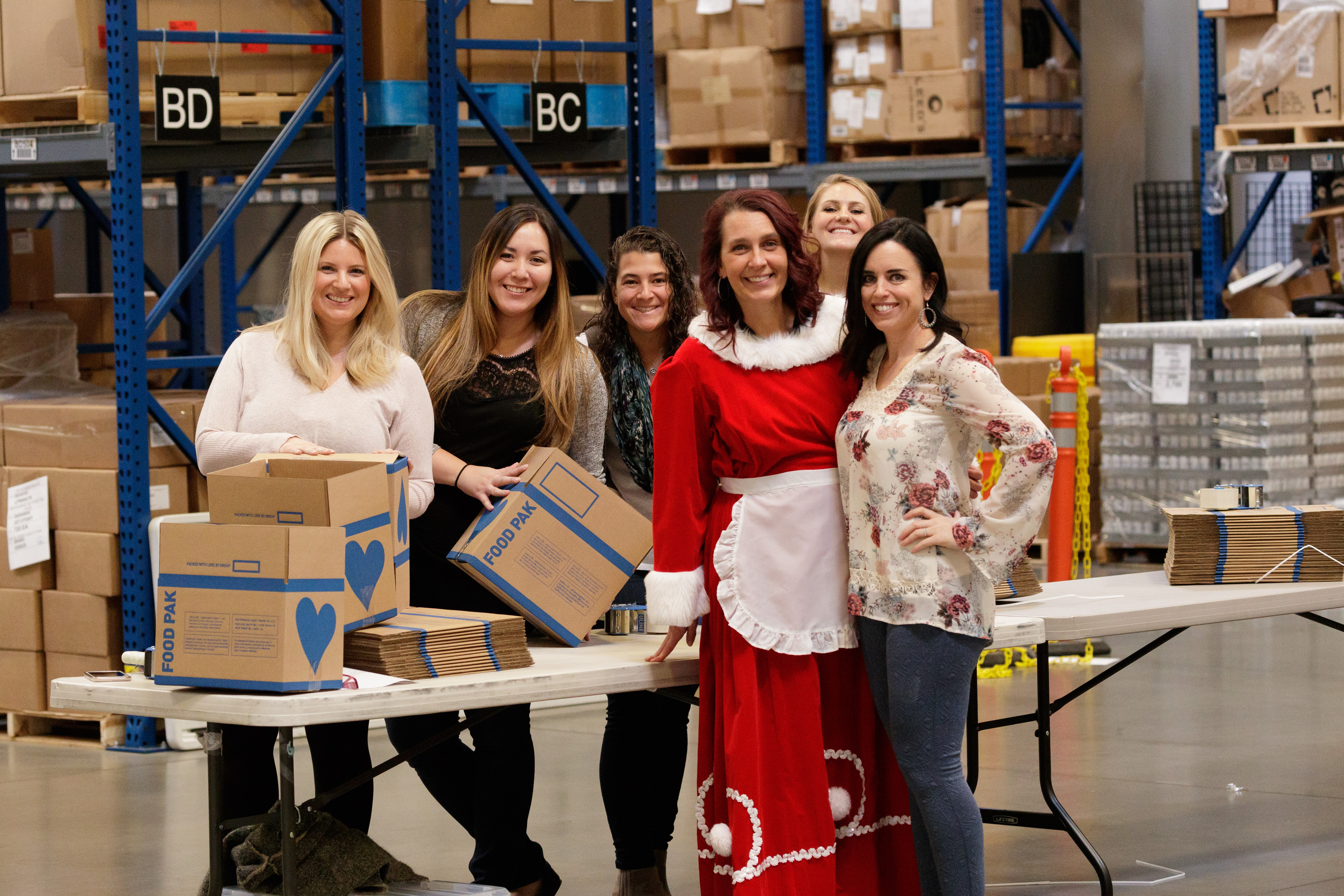 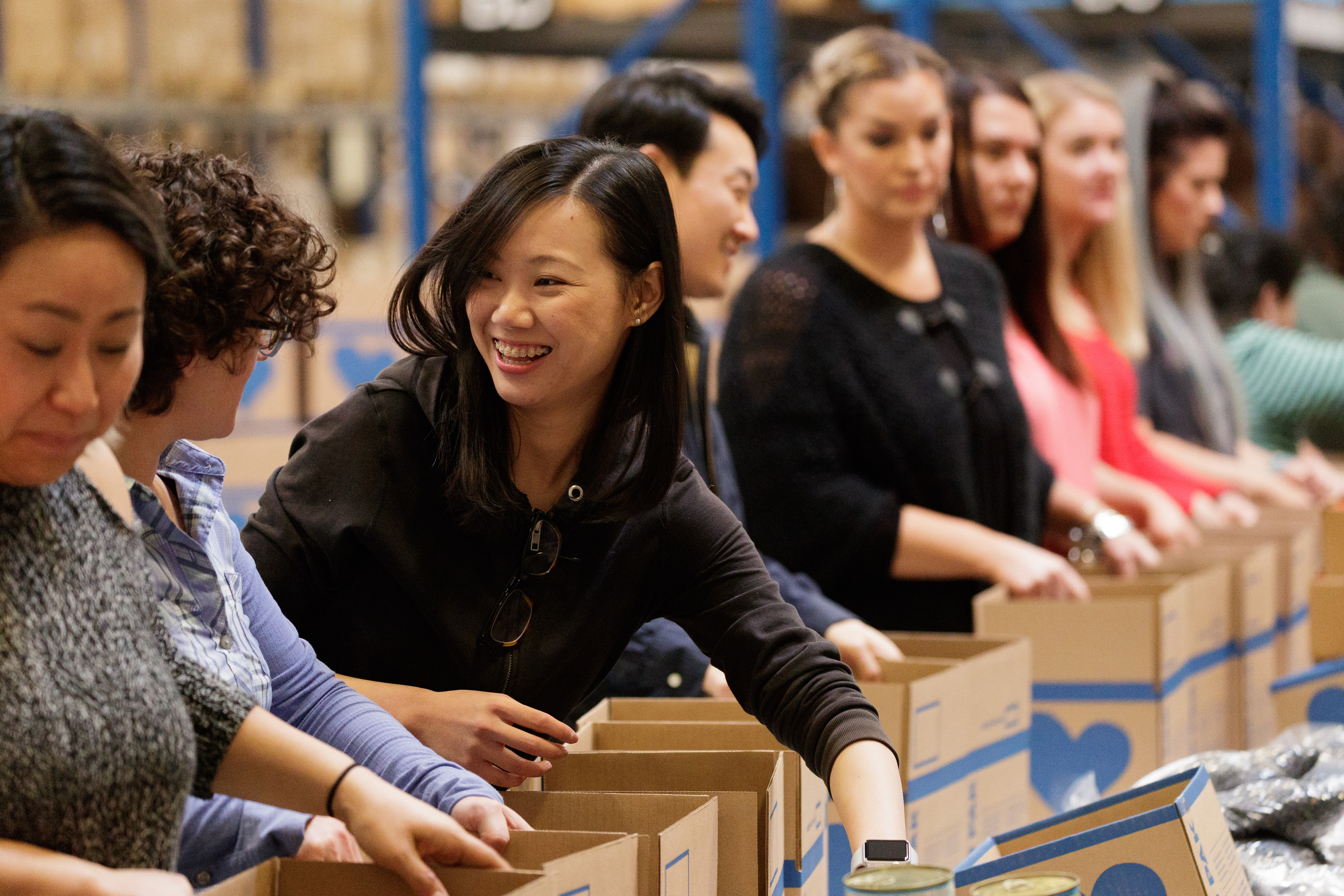