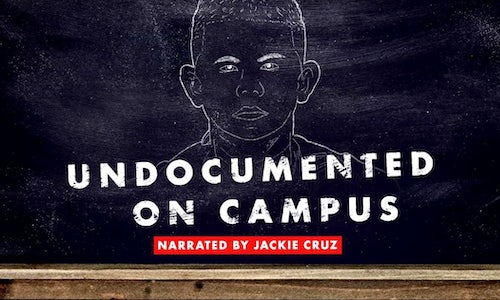 The Naked Truth: Undocumented on Campus

Immigrant and undocumented youth are often brought to the United States at an early age and straddle the cultural border between their homeland and the U.S. They are not U.S. citizens, but they grew up here, went to school here, and identify with the culture. They face incredible economic and legal, social and emotional, and educational barriers. Despite these barriers, they have continually shown themselves to be extremely determined, inspirational and resilient; evidenced by their ability to succeed despite the legal limitations continuously thrown in their path.

An estimated 65,000 undocumented youth graduate from U.S. high schools every year. But only about 5 to 10% of them pursue higher education, and far fewer successfully graduate with a degree. It's a startlingly low number that shows just how difficult it is for many of these young people to achieve their own American Dream. The threat of deportation also looms over them; and President Trump's immigration policies have sparked even more fear, with their future looking even more uncertain.

FUSION, Univision's English language network, wanted to focus on showcasing these students' challenges during one of the most politically contentious years in American history. We identified a young undocumented student we would follow and then created "The Naked Truth: Undocumented on Campus," a one-hour documentary that takes an unprecedented and intimate look at this young's man journey to college and his dedication and drive to do whatever it takes to be the first in his family to graduate from college.

Over the course of ten months, our cameras followed a remarkable 20-year-old student, Jose Reza, on his journey to get an education in the United States. Born in Mexico; Jose migrated with his mother five years ago to the U.S. with the dream of getting an education. They ended up in the migrant town of Immokalee, FL, where they quickly found a job picking produce. Jose made as little as $50 for up to 15 hours of work a day, working before and after school, and on the weekends, to help his single mother pay the bills.

Jose discovered running as an escape from his challenges. The sport also created a clearer pathway to college. In 2016, he graduated in the top 10 percent of his high school class and earned an athletic scholarship to study at a rural community college in the Midwest, where he was also recruited for their running team.

There's no federal law that prohibits undocumented students from attending college. However, financial and bureaucratic barriers limit their access to higher education. Although many undocumented students, like Jose, come from low-income families, they are not eligible for any type of federal financial aid, and they are ineligible for most state aid. Once in college, they also face obstacles that many of their peers don't, most significantly the threat of deportation. Jose doesn't qualify for deferred action for childhood arrivals, or DACA, which would give him temporary deportation relief.

In "The Naked Truth: Undocumented on Campus," we witness his struggle during his first year at Allen Community College in Iola, Kansas as he navigates what it means to be the only openly undocumented student on his campus during the 2016 presidential election. Two of his teammates from the same high school are also attending the same college, however, they are documented. We highlight the difference between their struggles and opportunities, as well as their financial aid options and what steps José is taking to overcome these challenges. José is on target to successfully complete his first year in college despite all the challenges he has faced. He is deeply affected by the rhetoric and anti-immigrant sentiment that became so prevalent after the election and sees Allen Community College as a sanctuary campus.

Since President Trump took office, a growing number of student and immigrant allies across the country have called for schools to be declared sanctuary campuses. Born out of the so-called sanctuary city movement, a sanctuary campus seeks to protect its undocumented students by limiting cooperation with federal immigration agents. Allen Community College has not officially adopted the sanctuary label, but administration officials are looking at ways to protect students like Jose in the future. As he gears up for his second year of college, Jose remains focused on his American dream. He hopes to transfer to a four-year university and one day become a biology teacher.

"I think it's really important for me to tell my story so that others can see that we just want a better future. It's crucial that we don't stay in the shadows," he says. You don't know what tomorrow is going to bring. I might not be an American citizen, but this is all I have."

"The Naked Truth: Undocumented on Campus," explores a different layer to the immigration story that often goes underreported and discusses the obstacles that impede undocumented students from having the same shot at a college education as any other student with legal status. Polls show most Americans believe that young, undocumented immigrants should be able to stay in the United States. However, we don't often discuss the obstacles that impede them from the same opportunities as any other young person with legal status.

This one-hour documentary, narrated by actress and immigration activist Jackie Cruz (from "Orange Is the New Black"), takes an unprecedented and intimate look at the challenges facing undocumented students in our country today. It premiered on FUSION's television network in the Fall of 2017.

After the documentary aired, Allen Community College took steps to educate its staff about the unique challenges undocumented students face. They also hosted viewings of the documentary and the president of the college also instructed his vice presidents to meet with an immigration lawyer to discuss ways to best protect their undocumented students in the future and to learn more about the issue of sanctuary campuses. While our documentary tells an individual's story, we hope to advance the conversation on immigration in ways relevant to young, undocumented immigrants across the country.

Video for The Naked Truth: Undocumented on Campus 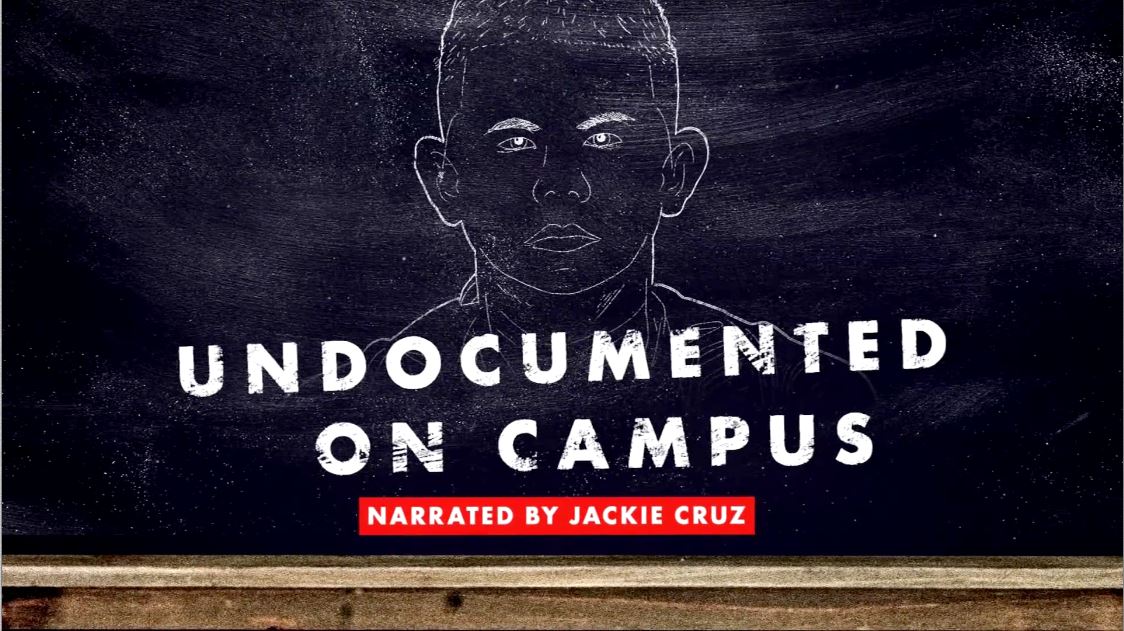