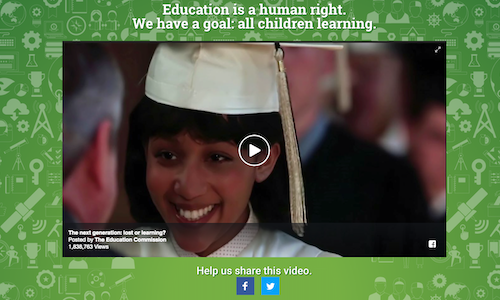 The Education Commission is a global initiative engaging world leaders, policymakers, researchers, and education advocates to ensure equal educational opportunity for all children. The organization's Learning Generation campaign was designed to connect social media users with the United Nations' Sustainable Development Goal 4 (SDG 4) – the commitment of every country to provide free, inclusive, and quality education for all. The challenge is that most people are completely unaware that 263 million children are currently out of school.

After releasing The Learning Generation report in 2016 to highlight the urgency of the global learning crisis and the actions needed to achieve SDG 4, the Education Commission set out to reach people interested in social change and engaged in global issues. The campaign's key message was clear and compelling: if the world doesn't change course, HALF of the world's 1.6 billion youth will be out of school or failing to learn by 2030. This alarming situation, however, is reversible with the Commission's vision and plan to create "the Learning Generation" – a set of recommendations for the world to get all children in school and learning within a generation.

Ultimately, the Commission's objective was to engage one million people with the issue globally, through one of two videos and encouraging viewers to comment and/or share them with their personal networks. The team also set secondary targets of 5,000 video shares and 10,000 website visits.

To communicate the Learning Generation vision, which includes awareness of SDG 4 (quality education for all) and the proposed solutions from the Education Commission's 2016 Learning Generation report, the team embarked on a multi-faceted campaign during the fall of 2017.

The "audience journey" was to:

The campaign launched in September 2017 during the United Nations General Assembly's education event (http://bit.ly/2qL6M3t), which aimed to secure new funding for SDG 4 from donor countries. The initial video was well received by the global leaders present, including the UN Secretary-General, the Presidents of France, Malawi, and Senegal, the Prime Minister of Norway, and 300+ education advocates and government officials.

In addition to sharing the awareness video on the Commission's own social channels, the team leveraged the influential voices of its Commissioners (a group of 27 former heads of states, Nobel Laureates, entrepreneurs, government leaders, and education advocates) and international education organizations (like UNICEF and Save the Children) who shared the video with millions of additional followers.

In just the four months following the launch (from mid-September to mid-January), the campaign awareness video:

During the same period, the TED Talk was viewed more than 1.3 million times, which means the Learning Generation campaign videos were seen nearly 3.5M times in just four months.

The significant number of views, impressions, and shares are strong indicators of the campaign's success in engaging and motivating the target audience. On a global level, the campaign has helped encourage world leaders to act, drumming up significant support for the Commission's proposed $10b fund for education – the biggest investment in education history – from the G20, the UN Secretary-General, the World Bank, and other major international players.

Video for the Learning Generation 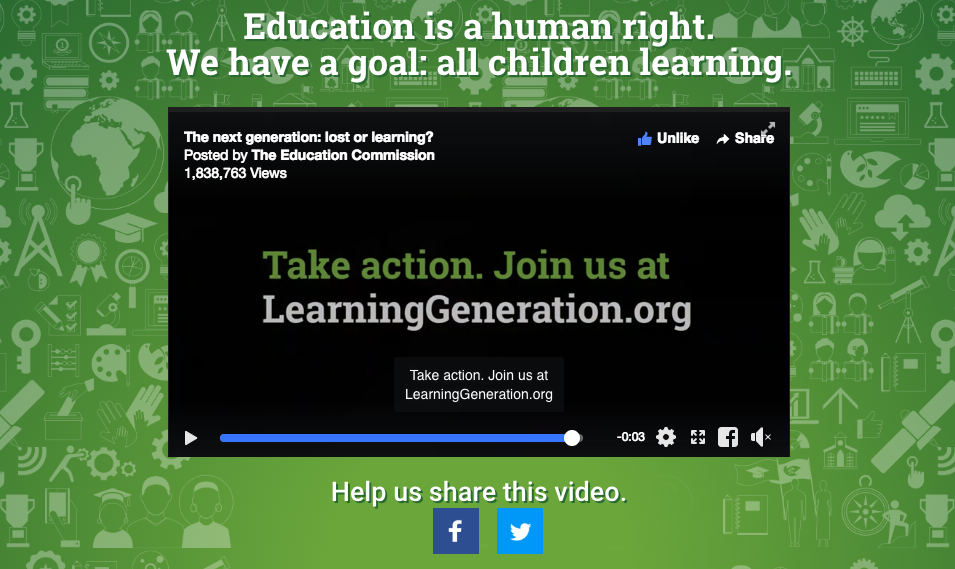 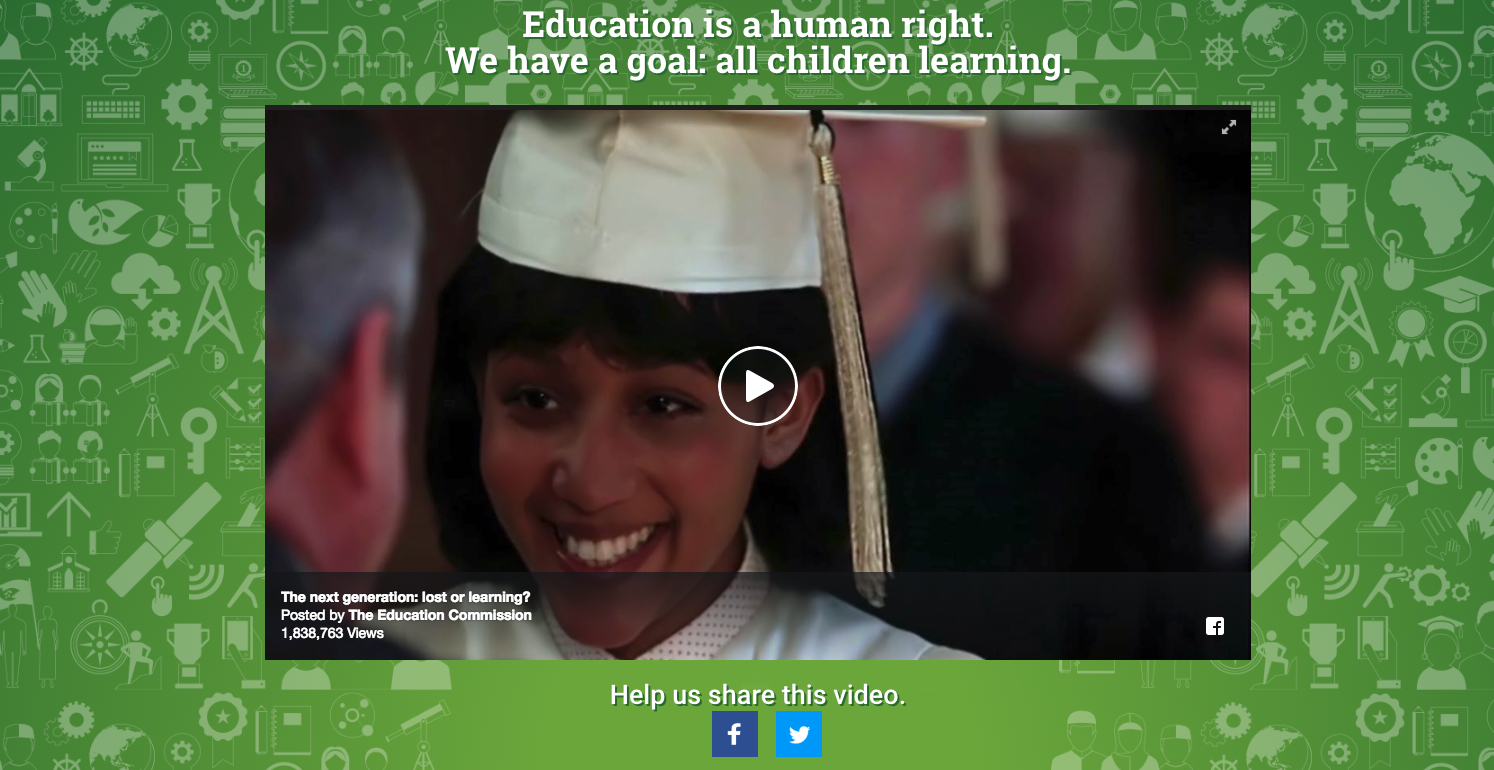