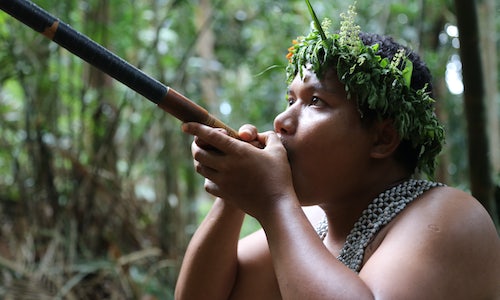 The Curse of Palm Oil

Deforestation across Southeast Asia is one of the biggest environmental catastrophes facing our planet today. Asian rainforests are home to thousands of indigenous tribes and some of the richest biodiversity in the world. But both are under threat with vast rainforests being razed at an alarming rate to make way for palm oil plantations. From chocolate and ice cream to soap and shampoo - palm oil is in countless products on supermarket shelves around the world. Global demand for palm oil is expected to double by 2020.

Al Jazeera's 101 East documentary program and Contrast VR take you to the frontlines of this unfolding environmental disaster through their 360º video co-production, 'The Curse of Palm Oil'. Told from the perspective of Dendi Johari, an Orang Asli tribesman from Malaysia, this immersive documentary shows the human and ecological impact of palm oil production on his land. Using virtual reality technology, the viewer gets a first-hand look at the destructive practices of logging companies and the vast tracts of land that have been completely cleared. The user experiences the stark contrast of stepping into serene village life and joins tribesmen on a hunter gathering journey in the lush jungle. The villagers then bring the viewer into the inner circle of a trance-like spiritual ceremony to give thanks to nature.

The campaign's objective is to make an international audience aware of the plight facing Asian indigenous tribes like the Orang Asli and the devastating impact that deforestation is having across the continent.

It is essential to always respect the way of life of people who share their lives and stories with us. But it is particularly important when working with indigenous communities like Malaysia's Orang Asli, who after decades of mistreatment, remain closed to outsiders. Over years of filming with the community for Al Jazeera, we reported on their struggles and earned the trust of tribal elders.

Through this relationship, we were able to approach the community about the making of a 360º documentary, and were invited to stay in an Orang Asli tribal village in the heartlands of northern Malaysia.

Logistically, it would be a challenging shoot. To power the 360º camera and other digital equipment, we travelled with a generator. We would also have to contend with hilly, steep terrain and torrential downpours, while excessive logging meant that the landscape was susceptible to landslides.

The remote village is accessible by a bumpy 8-hour drive from the capital, Kuala Lumpur. Our team camped out in the surrounding rainforest, accessible only by four-wheel drive. Most of the tribesmen there don't speak the national language, Bahasa Malaysia. Despite communication barriers, we were able to explain the complex process of making a virtual reality documentary.

Our strategy for making "The Curse of Palm Oil" was to collaborate with the Orang Asli community to create a narrative showing their unique way of life. To implement this, the team spent time in the village learning about their cultural practices and the impact of deforestation on their livelihood. One trip included a four-hour hike to gather food and supplies in the jungle. We learned their traditional ways of taking only what they need, and respecting and seeking protection from nature.

We identified key scenes that would immerse the viewer into the simplicity of village life that the Orang Asli are fighting so hard to preserve, while ensuring that our presence there did not diminish or interfere with the experience. To bring the sights and the sounds of the forest to life, we captured the call of birds in the early morning, gibbons hooting in the jungle, crackling fires, children laughing and splashing as they swam in the river. We recorded the enchanting beat of bamboo sticks as the women sang and men danced to their dream songs that encapsulate their love, respect and dependence on nature.

Our team also filmed in locations which showed the devastating impact of deforestation. Through research and detailed pre-production, we were able to access tracts of land once rich with forest life, now left barren and empty. We show the viewer this destruction first-hand by bringing them up close to the deafening roar of chainsaws and bulldozers as they razed the forest to the ground.

101 East and Contrast VR achieved their objective to raise awareness about the scale of environmental destruction in northeastern Malaysia to a global audience. This was done by fully immersing the audience on a journey into the Malaysian jungle and an Orang Asli village.

Spatial audio played a major part in the success of bringing the scenes to life. The sounds of the loggers and their machines at work juxtaposed against the natural sounds of fauna in the forest, enriching the audience's immersive experience. It drove home the tribe's sense of loss over their livelihood that is being destroyed. While the viewer takes in a 360 degree look around stripped and barren lands, sounds of the forest that once stood in its place echo as a memory, and contrast with the deafening sounds of bulldozers. This special feature of the film intensifies the real-life conflict that continues to unfold everyday in the rainforests of Malaysia and in countries across Asia.

"The Curse of Palm Oil" was published on several Al Jazeera Network social media platforms and the Oculus VR app for headsets. Throughout the campaign, the film gathered over 800,000 views. The piece prompted important conversation and widespread discussion on Facebook and Twitter with a large proportion of the audience expressing shock about the extent of deforestation in Southeast Asia.

Video for The Curse of Palm Oil 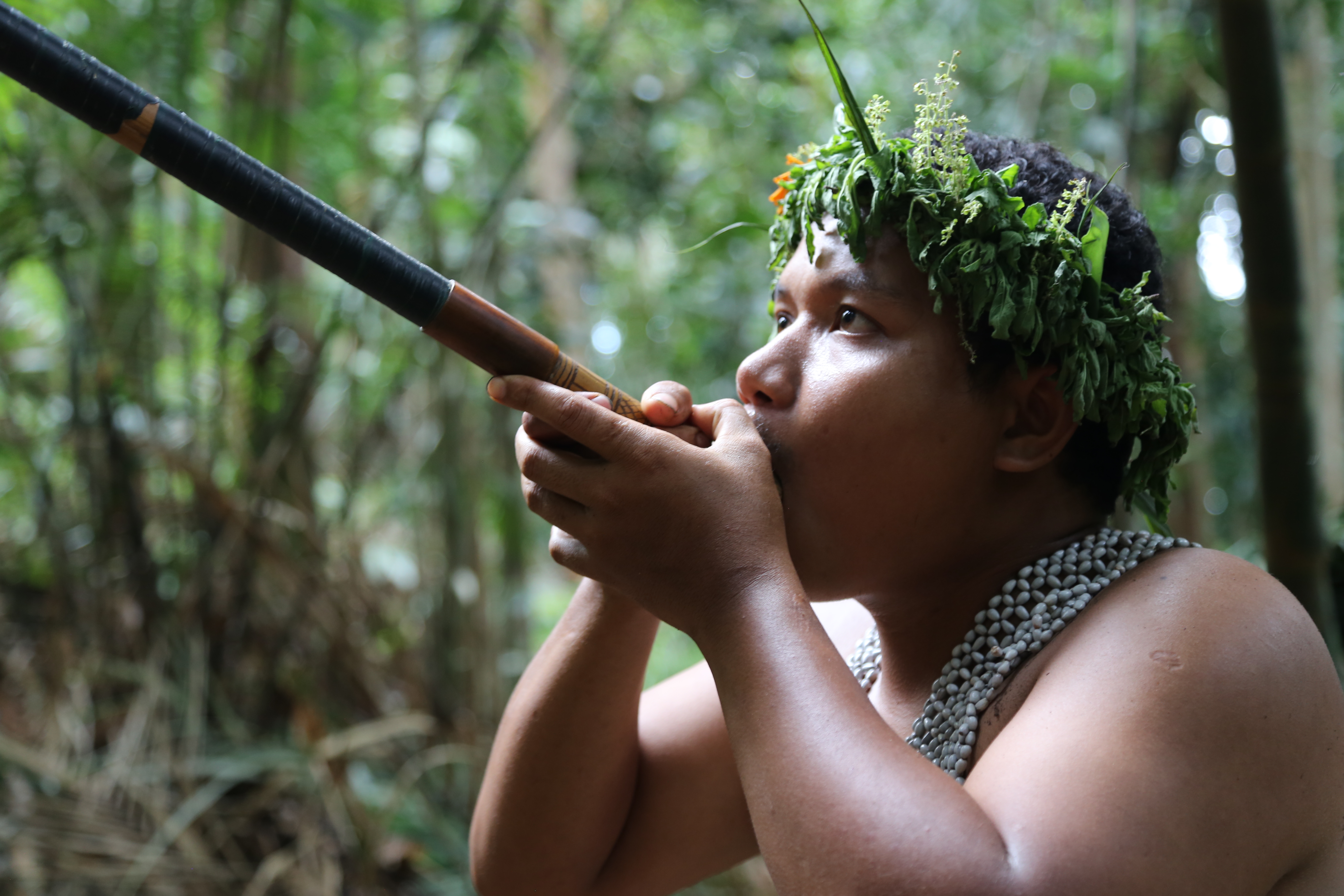 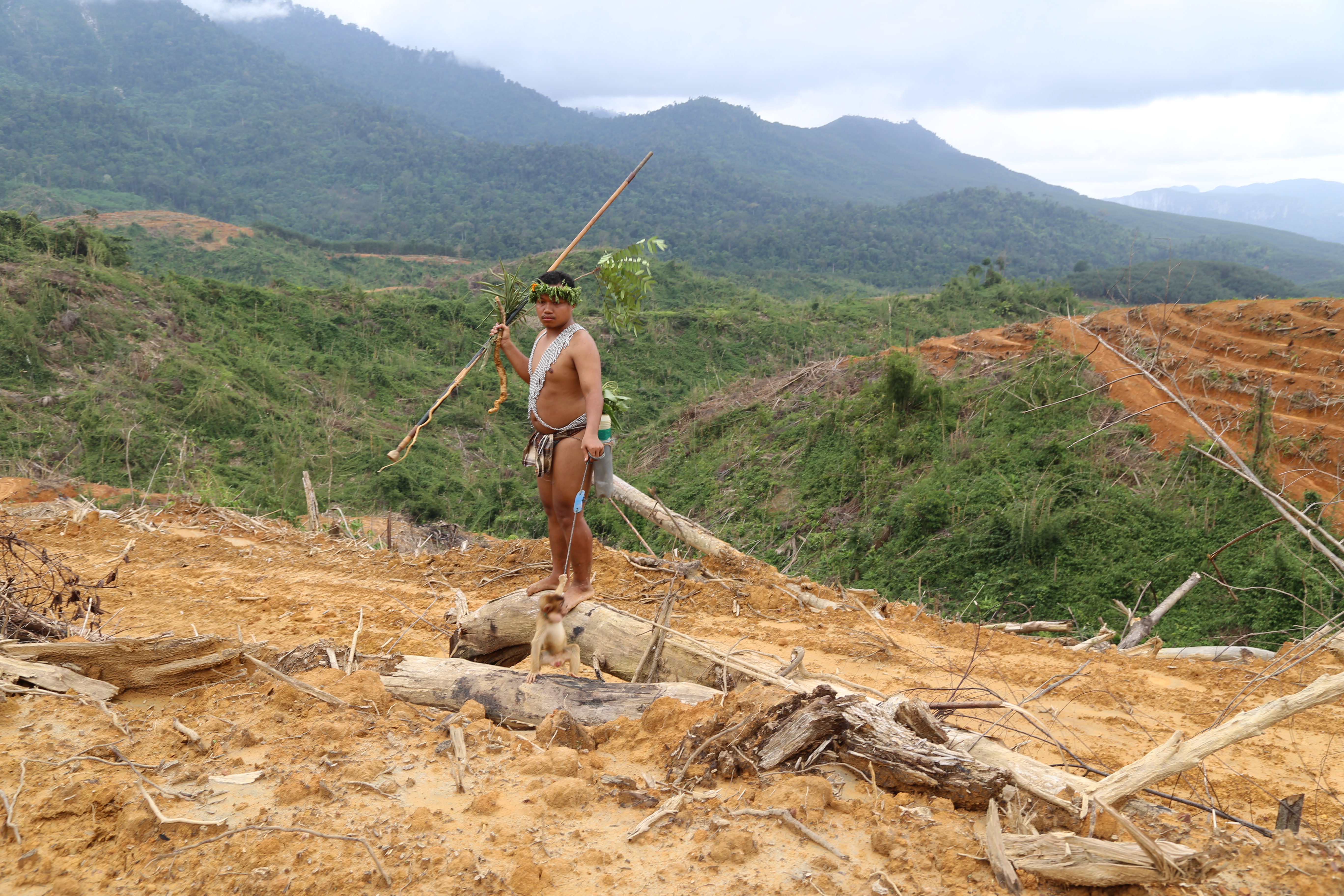