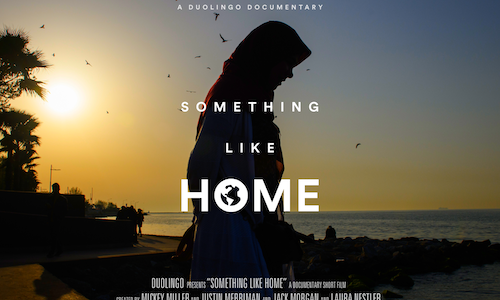 Something Like Home is a Duolingo documentary about the impact of language and education on the lives of refugees in Turkey and Jordan. Over the years, thousands of people have written to Duolingo with stories of learning a new language in order to find a sense of identity, of safety, of home. So we traveled to meet them. In doing so, we uncovered some common themes: survival, perseverance, humility, and grit. The people we met defy stereotypes, and their stories have the power to forever alter the lens through which we see the world.

One of our goals was to defy the common refugee stereotype and provide a platform where individuals could share their stories, with a focus on how language has helped connect them to their new communities. Refugees are not the "other" they are often portrayed to be; they're just like us. They have phones, jobs, families, social lives – they want for their children what we want for ours. We wanted to show that life is normal, until it's not, and as the largest language-learning platform with over 300 million users worldwide, Duolingo is in a unique position to capture these powerful stories and share them with the wider world.

We were intentional about not making this a promotional piece about Duolingo and we vigilantly removed blatant (or even subtle) references to Duolingo that were not essential to the narrative.

Instead, we viewed this as a journalistic storytelling initiative, which is why we hired Justin Merriman, an award-winning photojournalist, to travel to Turkey and Jordan to capture stories of a few of our learners in those countries. He traveled together with Mickey Miller, a documentarian who took video footage throughout the entire trip that included Justin's interviews with the people he met as well as the scenes around them. The photos Justin took, combined with the video footage captured by Mickey, brought everyone's stories to life in an incredible and beautiful way.

Justin's background was particularly well suited for this project because a great deal of his work has taken him to conflict zones such as Pakistan, Afghanistan and Iraq. We also knew that as a photojournalist, he would take a journalistic approach in uncovering and helping us tell these stories.

Justin interviewed about 12 people during his travels, and we ultimately chose to highlight four of them in the final version of the film: Noor, Alaa, Ahmed, and Mahmoud. Noor, Alaa and Ahmed are all Syrian refugees who now live in Turkey, and Mahmoud is a 15-year-old from Syria whose family moved to 29 different towns before winding up in the Azraq Refugee Camp in Jordan, which is where they currently are. What ties these four people together, beside the fact that they happen to be refugees, is that all of them have been learning languages with Duolingo to better adjust to their new circumstances.

We uploaded the film to YouTube, and it has amassed nearly 900,000 views in the month since it was published.

On June 19, the eve of World Refugee Day, Duolingo held a special premiere event at a theater in Pittsburgh (where we're based). The event attracted an audience of about 400 people – full capacity for the theater. As a surprise for the attendees, after the screening, we brought Noor from the film onstage for a Q&A. Because of her Iraqi passport, we were able to secure a visa for her to travel to Pittsburgh – but not without jumping through many hoops, including getting support letters written by Senator Bob Casey and Congressman Mike Doyle. Since then, Noor has been invited for speaking engagements by other organizations in the US.

Many of those who attended the screening were Duolingo employees – several of whom expressed how the film reinforced the work they do daily and said it made them feel even more connected to our mission of making education free and accessible to everyone. Others who attended expressed similar sentiments of how moving the entire experience was for them.

The film got strong traction on social media and in the press, with coverage in Global Citizen, CNN Chile, Pittsburgh Post-Gazette, Pittsburgh Tribune-Review and more. Our post introducing the film got 11K reactions on Facebook, hundreds of Likes and Retweets on Twitter, and 800+ likes on Instagram. 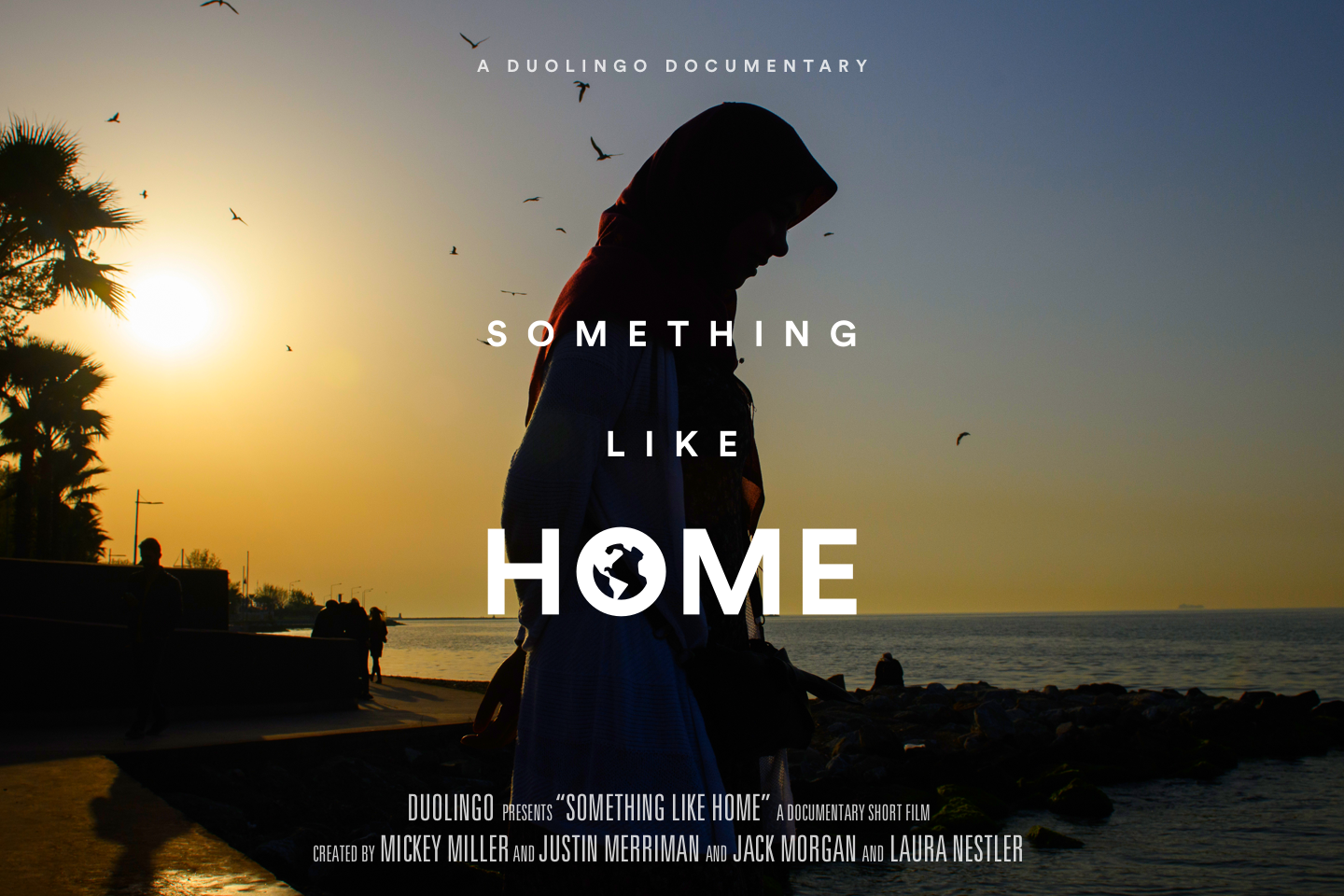