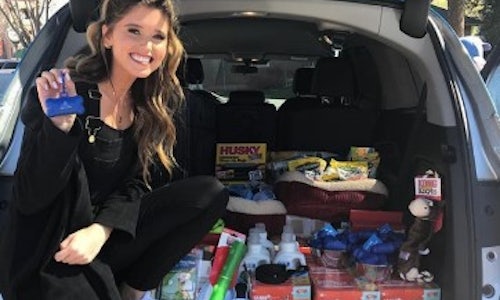 #RandomActsOfHelpfulness Give Way to a Movement

The Helpful Honda Guys have been providing Random Acts of Helpfulness in the SoCal area for more than a decade. Many SoCal residents can easily identify and are familiar with the signature blue polos or iconic “ding" of a Random Act of Helpfulness. However, many people express skepticism about the authenticity of our tv/radio spots. Our mission was to emotionally connect with SoCal Residents and give them an up-close look at how “Random Acts of Helpfulness" take place and showcasing the process to increase their trust in the brand and credibility of the campaign.

Horizon Media Inc. & Secret Weapon, in partnership with Millennial Entertainment and Rodeo Show's directing duo McCoy | Meyers, partnered to bring SoCal residents behind the cameras through a 6-part social video series featuring local tastemakers and influencers, such as Katherine Schwarzenegger and Lauren Paul to hit home on the authenticity of the brands' commitment to the community.Our goal is to create a social movement that inspires others to do something helpful in their community. Each video is distributed and amplified across Facebook and Instagram, using our hallmark hashtag, #RandomActsOfHelpfulness.

Influencers select requests received from residents on the "Help Me Honda" page that align with causes they're passionate about. To further our transparency and credibility, each video showcases not only the selection process of the request, but also ends with a call to action for viewers to submit their own request to drive viewers to participate in the process themselves.

The Helpful Guys in Blue swing into action to bring requests to life, donating up to $2,500 to fund each selected request. Five videos featuring various influencers will be distributed throughout the year to align with real requests and timely topics, such as Pet Adoption Month. The video series will conclude with a compilation video, released du, ring the Holidays, that features all five tastemakers, speaking direct to camera, about how it feels to do something helpful.

First video of the year featured Katherine Schwarzenegger, activist/author. Katherine joined the SoCal Honda Dealers to supply a Random Act of Helpfulness to the Santa Paula Animal Rescue Center to help overcome the difficulties ensued by the California Wildfires.

The 2:30 spot follows Katherine and the Helpful Honda Guys in Blue as they provide the animal shelter with an abundance of supplies for its animals that have found refuge after the mass displacement of people and animals caused by the devastating wildfires. The supplies help the rescue center utilize more of their finances for animal well-being, as every dollar spent on supplies could got to animal healthcare.

In a saturated market where influencers showcase sponsored content all the time and hawk various products, our Random Acts of Helpfulness campaign truly makes fans and fellow influencers stop mid-feed and reflect on the localized impact of the brand and the campaign. SoCal Honda Dealers understand that it's not just about selling cars, it's about bringing value to our community, inspiring change, and inviting others to tell our story authentically.

Two of six are videos are live and are out-pacing all projections and showing strong performance against brand benchmarks.

Thus far, the campaign has generated 2MM total impressions and 1.6MM total views across Facebook & Instagram. The response has been outstanding with 53K total engagements (likes, comments, and shares), at a 3% Organic Engagement Rate.

Both videos have generated positive sentiment not only from fans but have also generated comments from other influencers admiring the work, such as Millie Bobby Brown of Netflix' Stranger Things and Maria Shriver.

Video for #RandomActsOfHelpfulness Give Way to a Movement 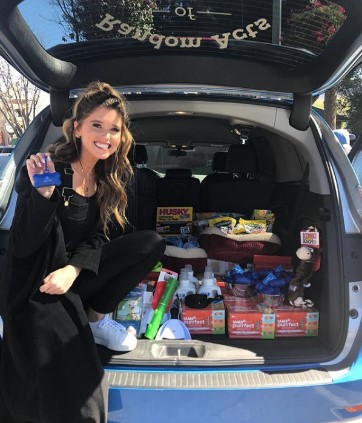