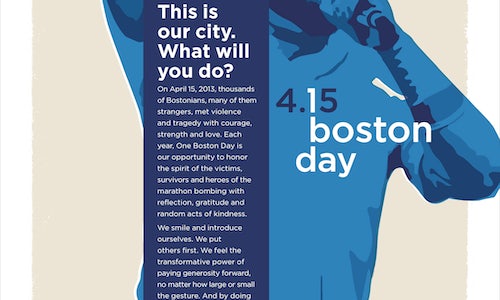 To mark the fifth anniversary of the Boston Marathon bombing, the City of Boston, Hill Holliday and the One Fund created three short films that explore the healing that's taking place among several of those impacted by the attack: injured survivors, a first responder, and the family of one of the victims.

The films were debuted at the annual One Boston Day memorial ceremony for survivors and family members of the victims, before going live on social and the onebostonday.org website.

In, A Call to Arms of Love, spectator, Michelle L'Heureux and marathoner, Dave Fortier, both injured by the first bomb in front of Marathon Sports, pay the gift of their recoveries forward by starting One World Strong, a nonprofit that's connecting survivors from the Boston, Orlando, Las Vegas, Manchester, Paris, London and Nice, France attacks — and showing all involved the transformative power of peer-to-peer healing.

Leo the Lionhearted follows the story of Steve and Leo Woolfenden, a father and his young son injured while waiting to cheer wife and mom, Amber Woolfenden across the finish line. Despite having lost a leg, Steve's biggest concern is his son's well being. As the family heals together, Steve gains strength through wounded veteran mentors, and by volunteering for Spaulding Rehab Hospital's Adaptive Sports program, the same program that taught Steve how to walk, ski and bike again.

In Sisters, Boston Police Officer and Dorchester native, Lauren Woods reaches out to the family of Lingzi Lu, the Chinese BU student who died in Woods' arms. Woods and Lingzi's Aunt, Helen Zhao, find comfort and healing through their unlikely friendship, as Woods runs the 2016 Boston Marathon to raise money for the Lingzi Foundation—the nonprofit created by the Lu family to honor Lingzi's memory.

Immediately after the marathon bombing on April 15th, 2013, Bostonians responded to violence and hate with selflessness and love. A few days later at Fenway Park, David Ortiz's defiant speech gave voice to the feelings of millions.

To remind readers to step up again on April 15th, this Boston Globe print ad ran one week prior to the fifth anniversary of the marathon bombing and One Boston Day. The message: nurture the generous and courageous spirit that prevailed in the days, weeks and months following the bombing by pledging to commit random acts of kindness, big and small. Hate interrupts, but love endures.

Throughout the day multiple influencers tweeted their support for the Boston community while spreading the message of One Boston Day. There were 138MM potential impressions and 23k posts that mentioned the day. 54k people visited the onebostonday.org website day of.

Video for One Boston Day 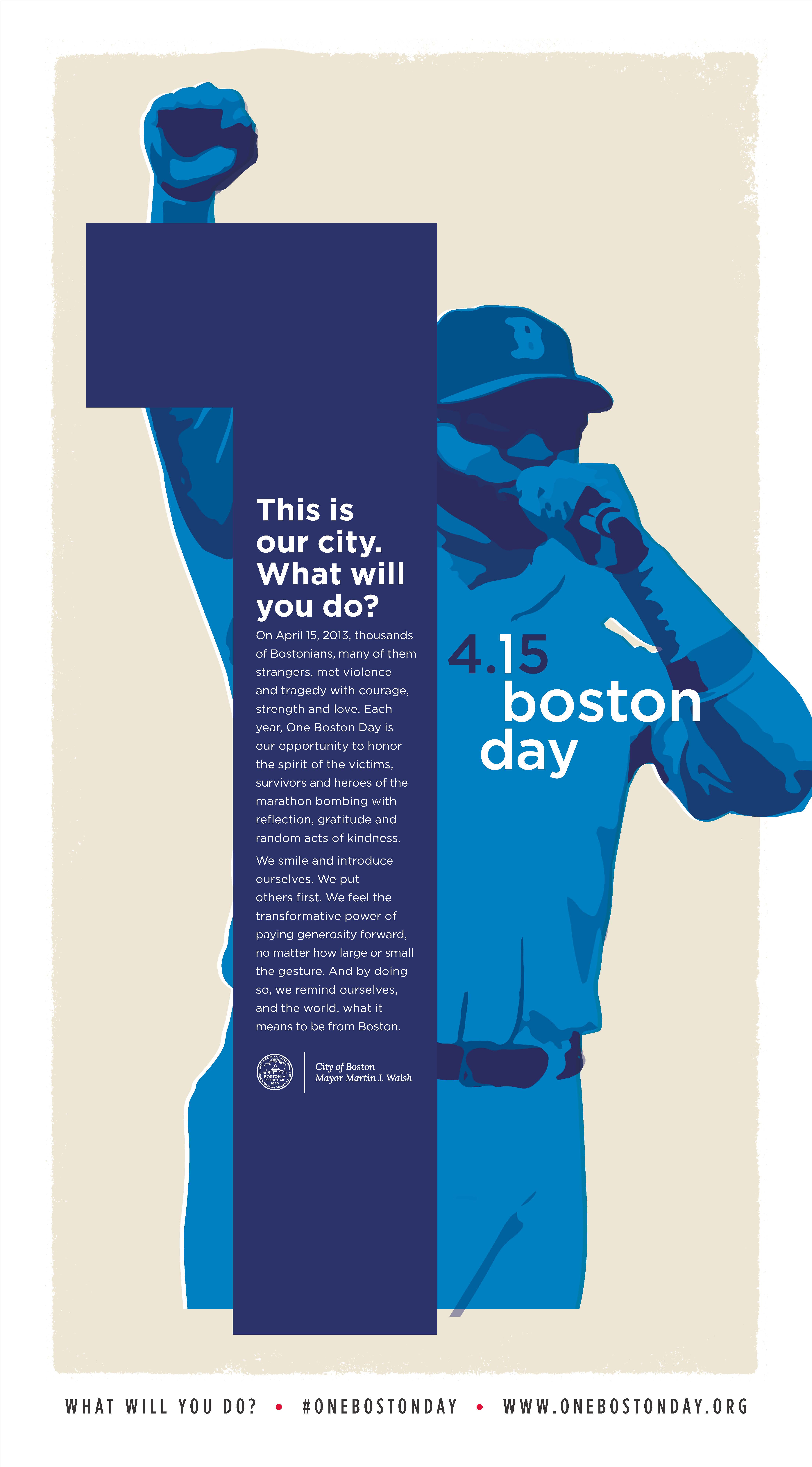 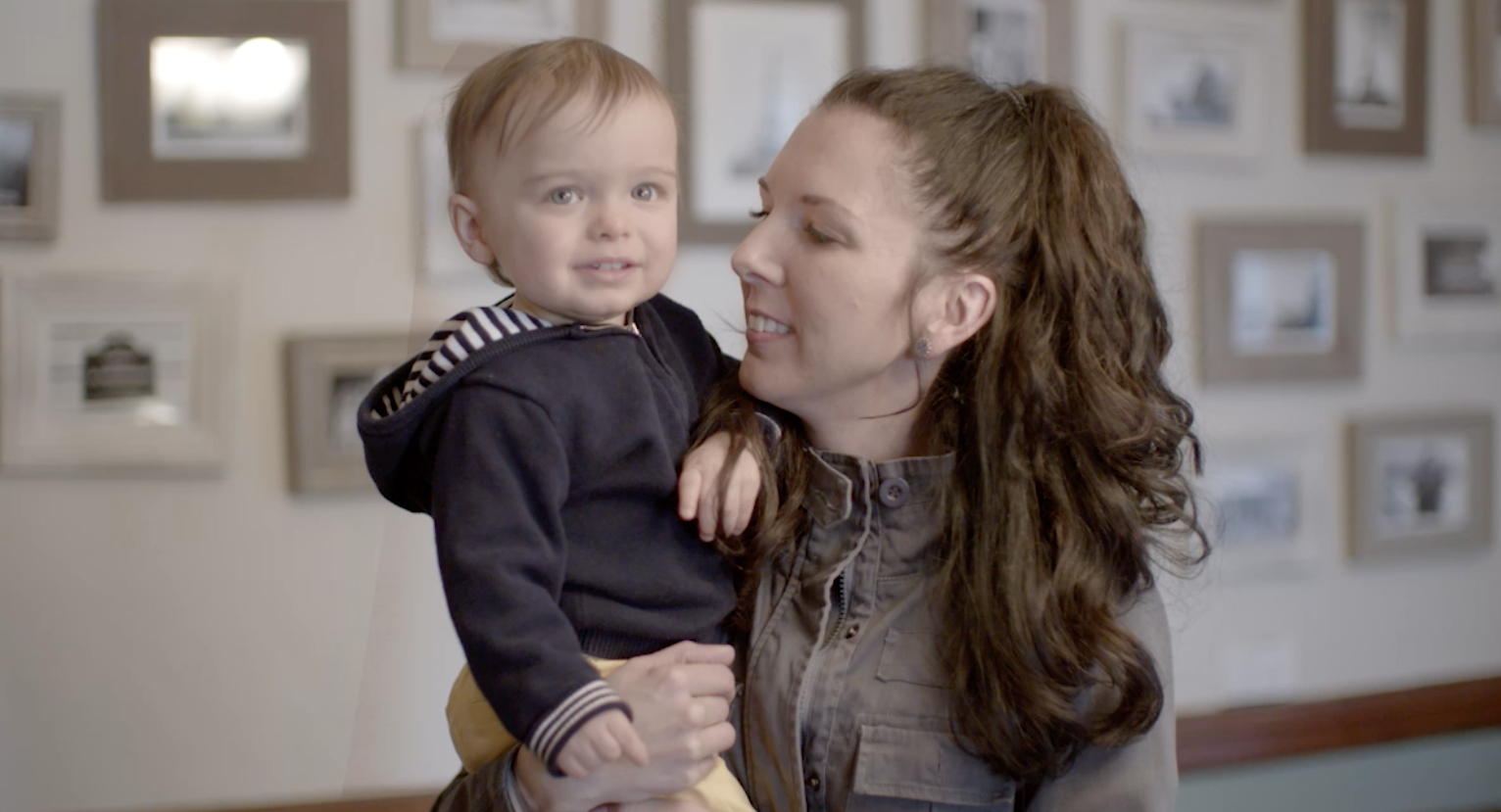 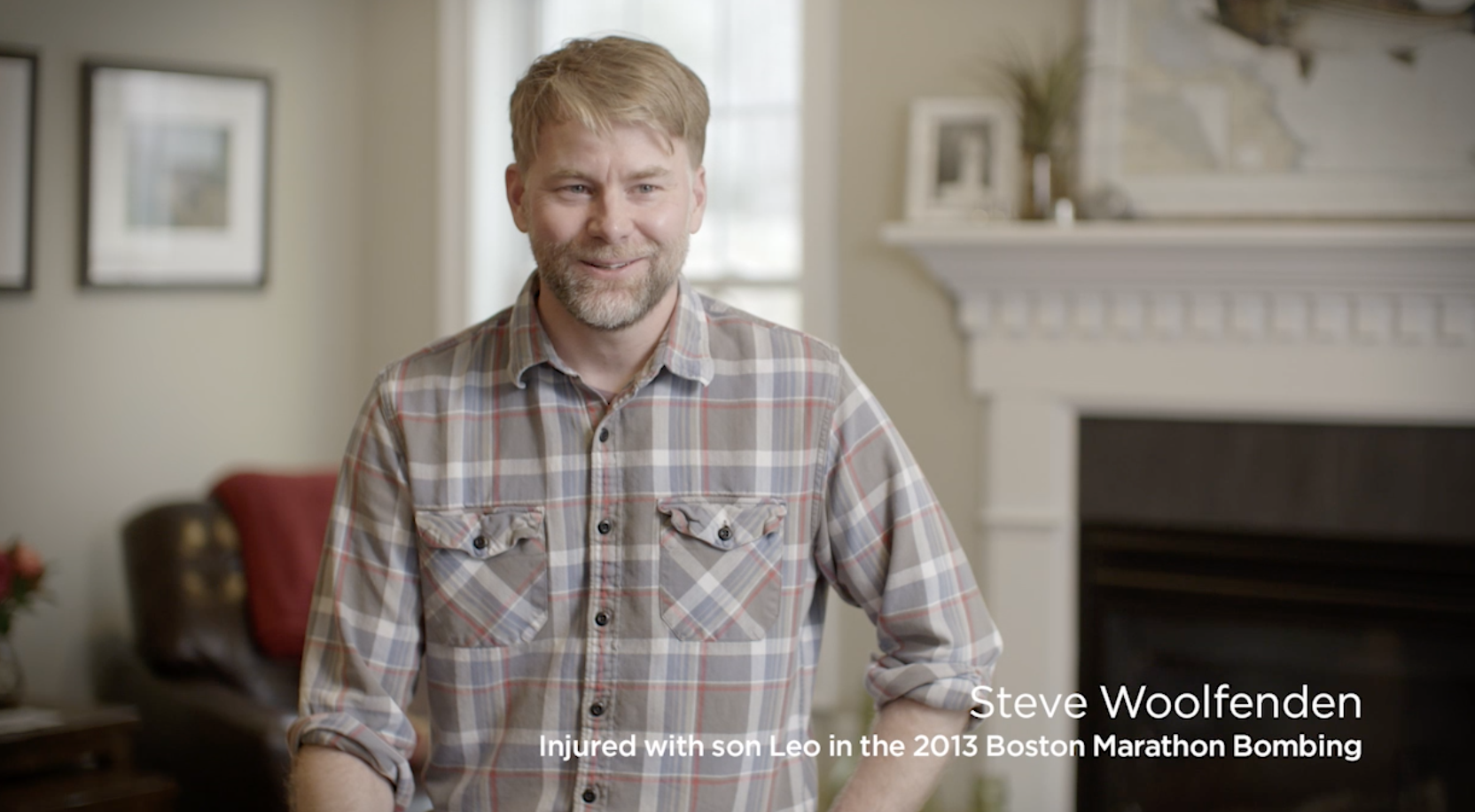 Hill Holliday, The City of Boston