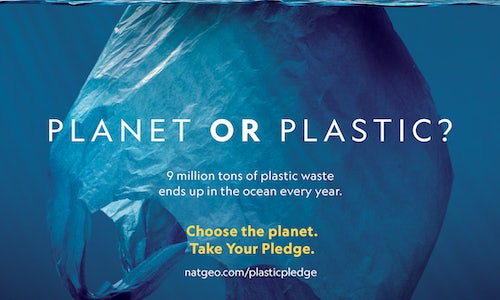 Each year, 9 million tons of plastic ends up in the ocean. Unretrieved, it's estimated that it'll remain there for centuries, destroying the delicate ecosystems critical to not just our planet's health, but our survival here on earth. The good news is...it's a problem we can fix and it's exactly what National Geographic's Planet or Plastic? initiative is addressing.

As a global brand with a rich history of scientific discovery and exploration, National Geographic is uniquely positioned to tackle the growing plastic pollution crisis in a way that only they can — through storytelling and science.

The initiative kicked off with National Geographic's iconic June 2018 magazine issue, which takes an in-depth look at the role single-use plastic plays in our society and the environmental repercussions that come with it. As part of the initiative launch, National Geographic urged audiences to take part in the Planet or Plastic? pledge. To extend the impact of the campaign, National Geographic is also dedicating resources to scientific research and documentation to better understand the issue, taking on corporate partnerships to raise further awareness, and making an internal commitment to reduce plastic use in the organization.

Planet or Plastic? leverages the power of National Geographic's media portfolio and the expertise of their explorers and scientists who witness firsthand the impacts of this crisis. The organization-wide effort addresses the issue through multiple avenues and audiences, including: research; consumer education and engagement; updated internal corporate sustainability commitments; and innovative partnerships with like-minded global corporations and NGOs. The multi-platform strategy includes:

PLANET OR PLASTIC? PLEDGE: National Geographic is asking their global audience to take the Planet or Plastic? pledge to reduce their personal use of single-use plastic. By taking the pledge, individuals are invited to become part of a global community working together to reduce plastic pollution in our oceans. The pledge began a comprehensive consumer awareness and engagement campaign executed across multiple platforms, and will continue for months and years to come.

SCIENTIFIC RESEARCH AND DOCUMENTATION: The National Geographic Society dedicated resources to document how plastic travels from source to sea and to fill critical knowledge gaps. Starting with an initial expedition in 2019 to study the type and flow of plastic in a river system, National Geographic will provide science-based, actionable information to help local and national governments, NGOs, businesses and the public more effectively invest in and implement solutions.

THREE-DAY SOCIAL TAKEOVER: For the first time ever, National Geographic enacted a 3-day, single-topic social takeover and polluted their Instagram feed with dramatic photos of plastic pollution and animated Instagram stories that highlighted the true impact of humanity's pollution of the natural world. The brand's social media accounts, which reach a whopping 760 million consumers and generate more social action than any other brand, have never been dedicated to a single topic for such a duration. Utilizing their position as the No. 1 social media brand, National Geographic leveraged its global reach to educate audiences on the impact of single-use plastic and encourage them to take the pledge.

SKY COLLABORATION: National Geographic committed $10 million to support the activities of Sky Media's Sky Ocean Ventures, an initiative launched to seek out investment opportunities in businesses that can help solve the ocean plastic crisis. Collectively, this collaboration created the largest global media campaign to date to reduce plastic litter in the ocean.

INTERNAL COMMITMENT: National Geographic took steps to reduce its own reliance on single-use plastics. Starting with the June issue, those who subscribe to the U.S., U.K. and India editions of National Geographic magazine received their issues wrapped in paper instead of plastic. This change will save more than 2.5 million single-use plastic bags every month. By the end of 2019, all global editions will be wrapped in paper instead of plastic.

CORPORATE PARTNERSHIPS: National Geographic is seeking out like-minded partner organizations that are committed to raising awareness about the enormity of the ocean plastic issue as well as to finding solutions.

The Planet or Plastic? campaign continued National Geographic's mission to use their global media footprint to elicit innovation and action.

By opening dialogues with their sprawling audience, Planet or Plastic? successfully rallied the brand's global community of more than 760 million into action around a single, salient cause, and by pairing "social pollution" with influencer involvement, Nat Geo answered the question: "What impact can 760 million people create when they rally around a single cause?" 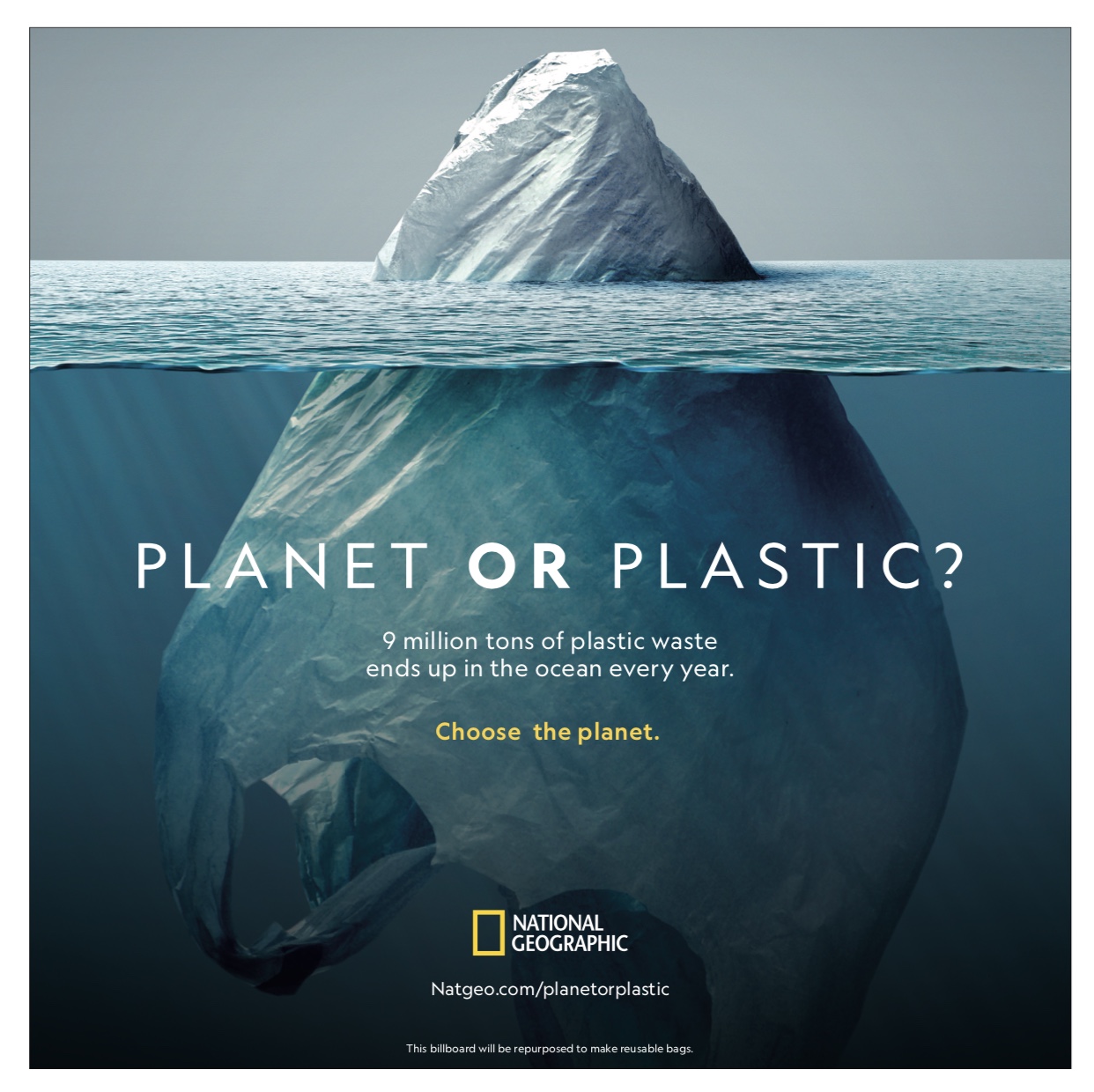 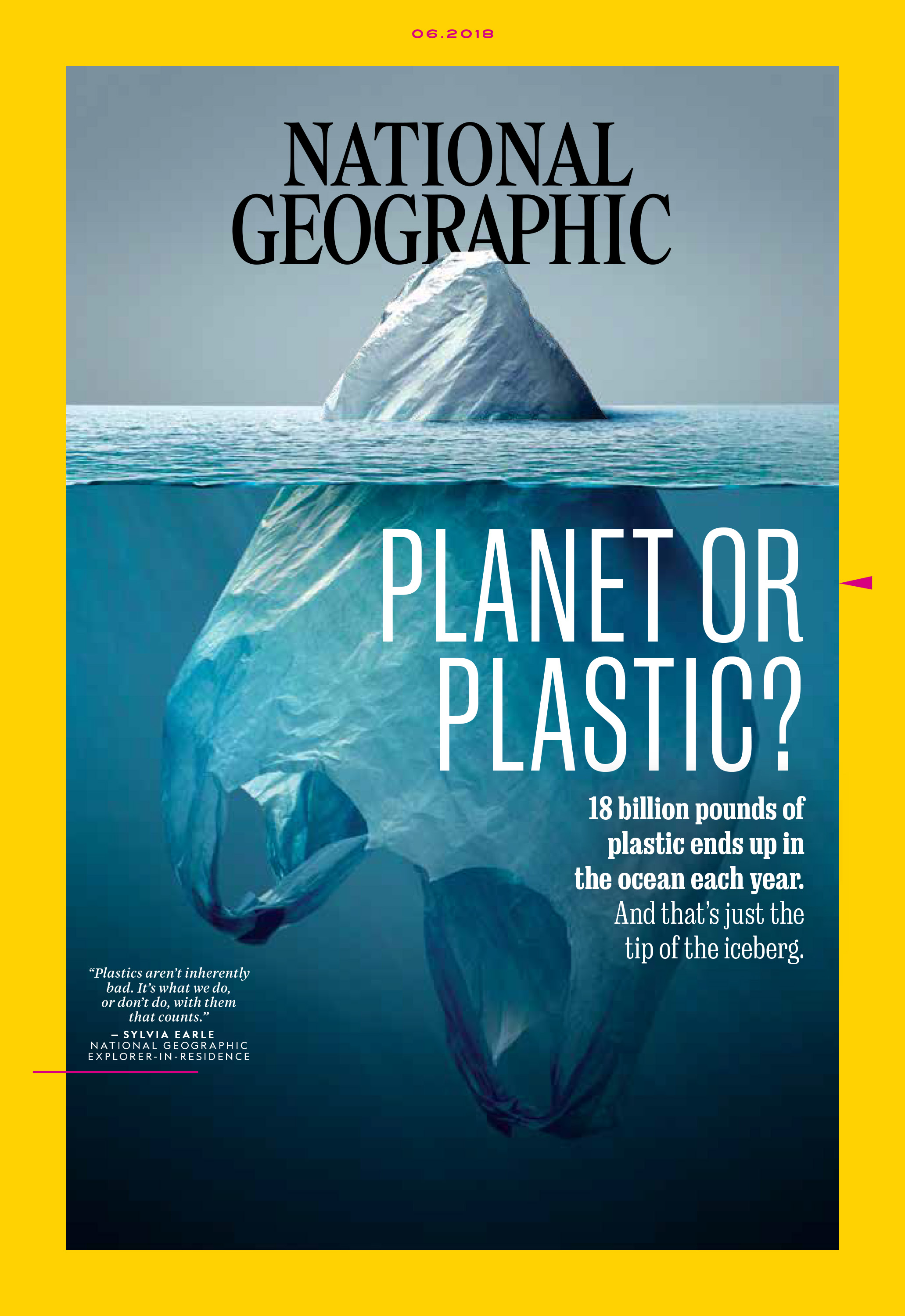 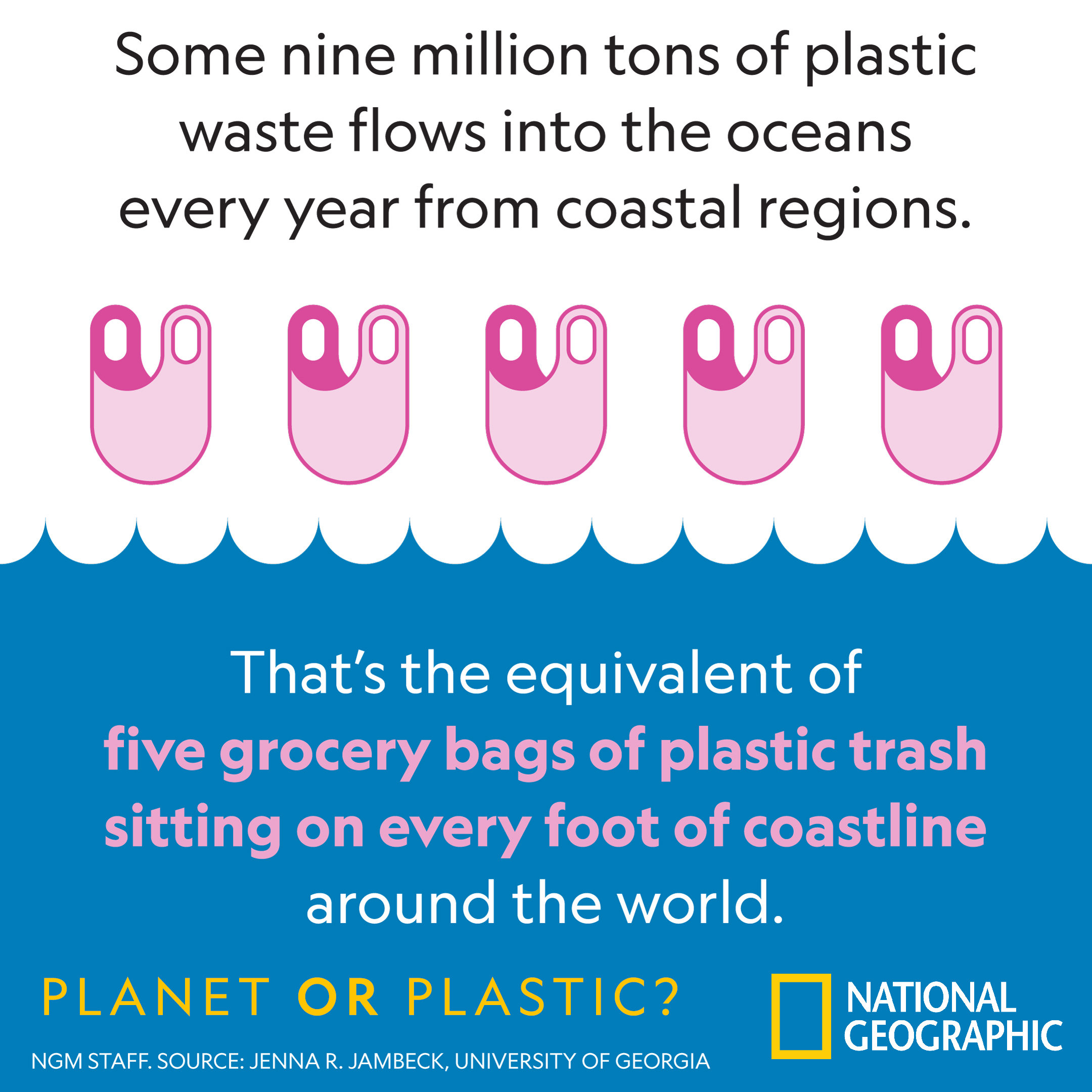 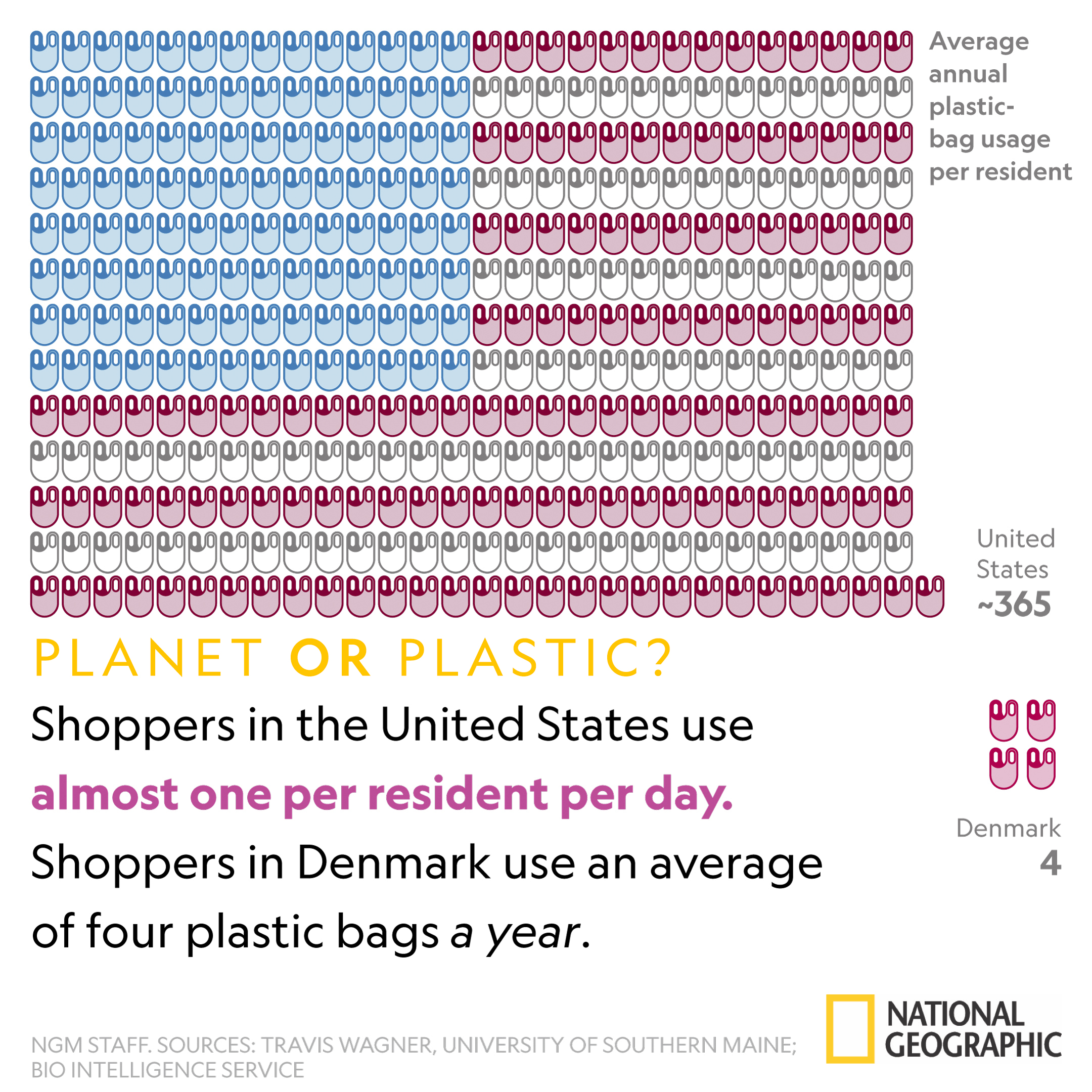 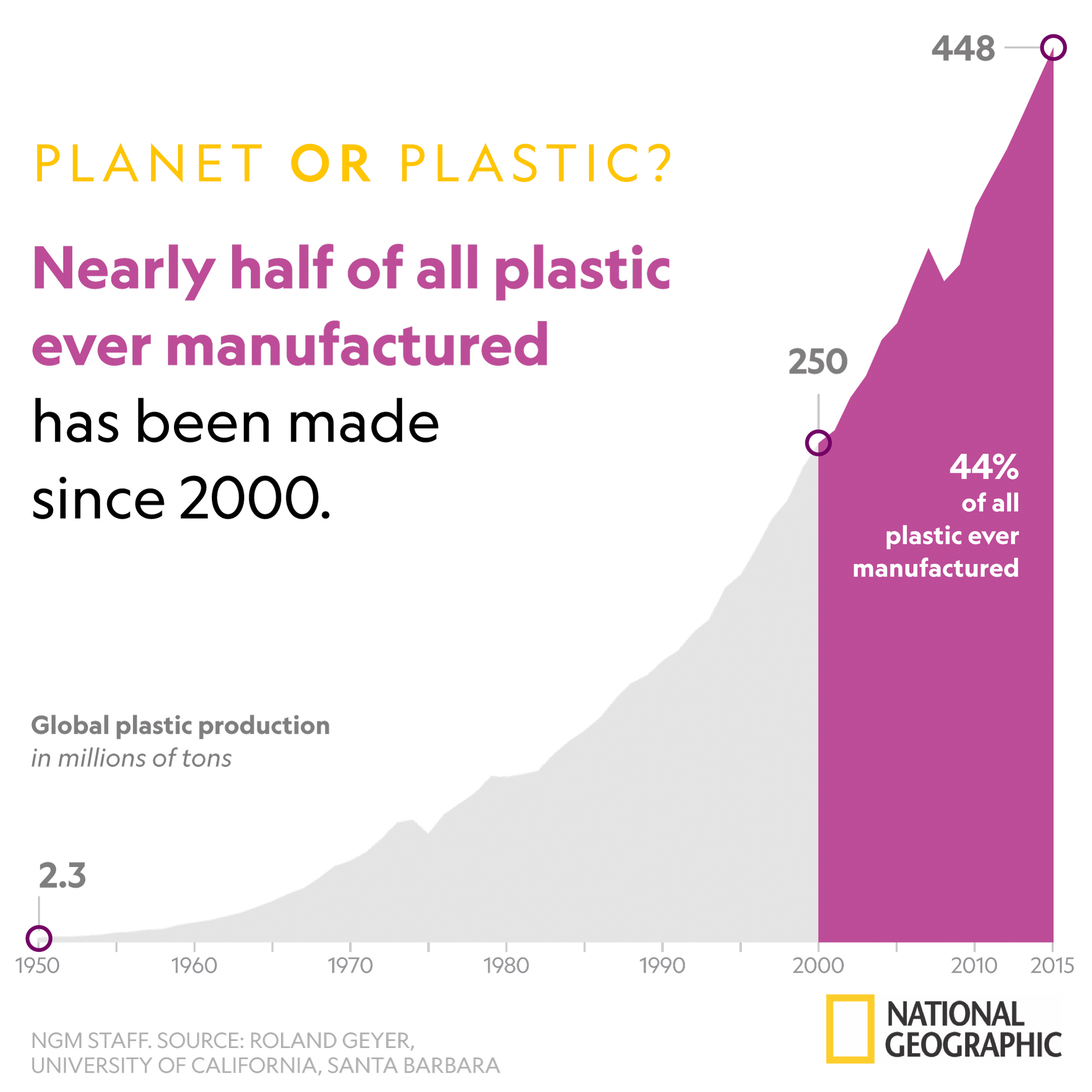 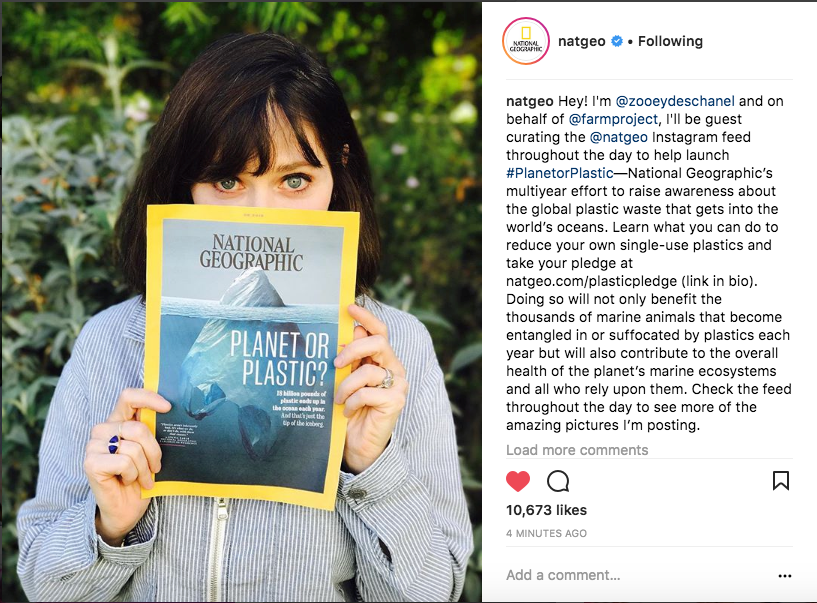 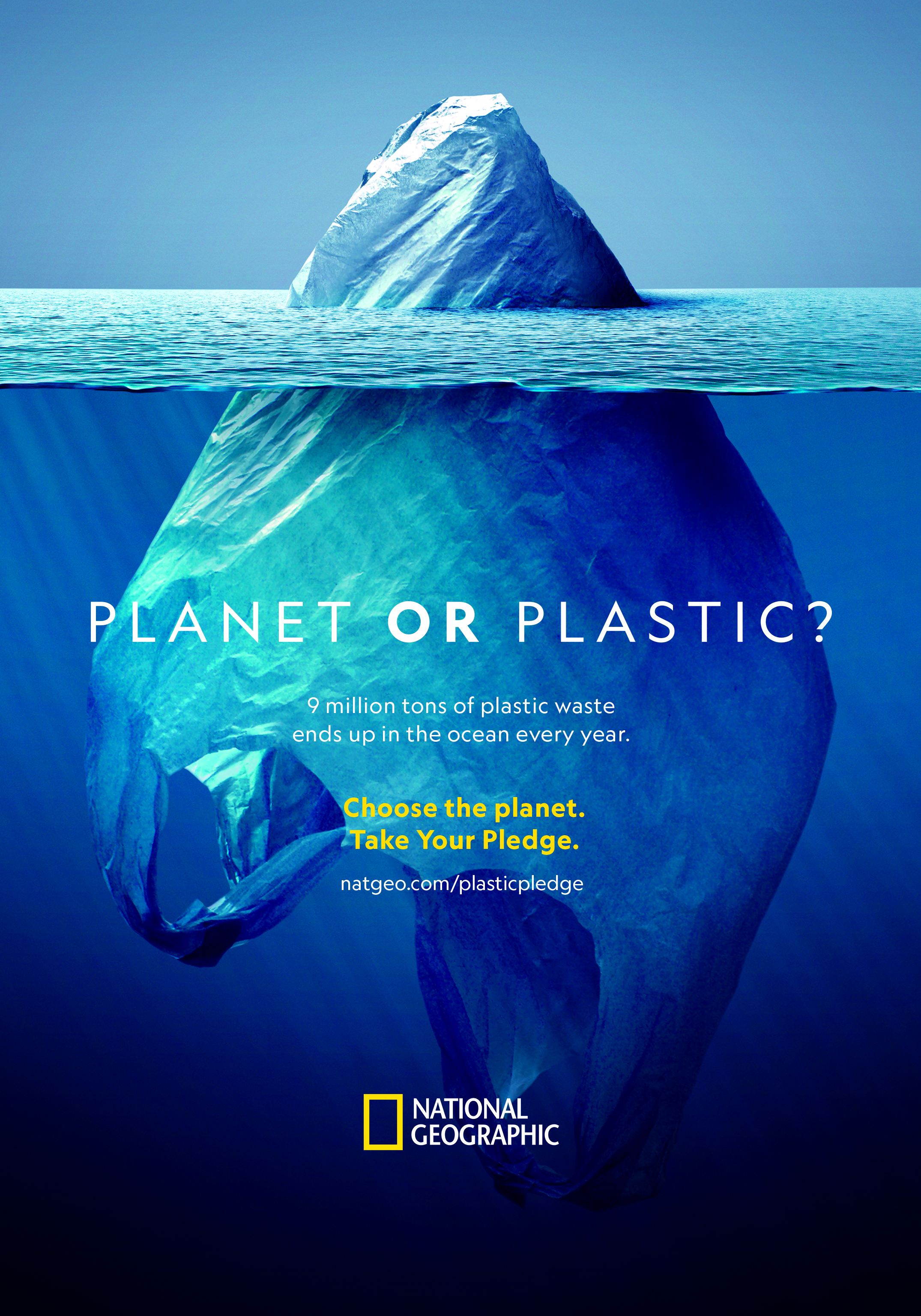