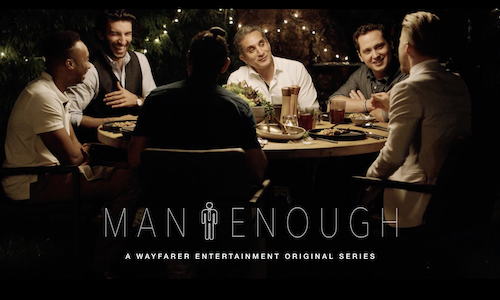 The goal of Man Enough is to create the space for men to explore and re-define traditional masculinity in America. This is a mission critical endeavor because ever since the age of 5 or 6 men have been programmed to cut themselves off from emotional communication, and view women as sexual objects and less than, resulting in an American society where men are cut off from one another and women are frequently harassed or sexually abused. We set out to be the first series that brought influential men together to discuss taboo subjects that men typically don’t speak about publicly— vulnerability, communication, body image, and sexual harassment and assault. At its core, Man Enough was conceptualized to bring about understanding and empathy between men, so they can heal from their wounds and hopefully support the women in their lives.

Our strategy was to bring on a group of influential men who were open to going deep and revealing their own fears and questions surrounding traditional masculinity. We were very grateful to feature a diverse representation of men from a range of races, sexual orientations, and spiritual beliefs in season one of the show; Justin Baldoni, Matt McGorry, Scooter Braun, Lewis House, Tony Porter, Jamey Heath, Prince Ea, Derek Hough, Javier Munoz, Bassem Youssef, Aydian Dowling, and Anderson Silva. Each of these cast members was expected to open up and get vulnerable in front of the camera in order to give the men at home permission to do the same. We also featured expert interviews with renewed academics, philosophers, and thought leaders who could synthesize elements from the dinner conversations with years of robust empirical evidence and data. Our writers spent countless hours researching these sensitive subjects, in hopes of crafting a narrative that was universally relatable, free of any political agenda or manipulation, and rooted in purity. We crafted a learning curriculum, that served as a companion piece to the series and posed thought-provoking questions to the men at home so they can undertake their own conversations about traditional masculinity with their friends and loved ones. Lastly, we partnered with a range of non-profit organizations such as: The Representation Project, A Call to Men, and HeForShe, whom have decades of experience and resources focusing on the topics of each episode.

The first four episodes of Man Enough received 4.4M organic views across Facebook and Youtube with a 14 minute average rate of retention. We had a total engagement of 258k with 42k shares. Additionally, we built a following of 85k with the #MeToo episode reaching 5.9M. Man Enough has also been shown in High School and University classrooms across the country. 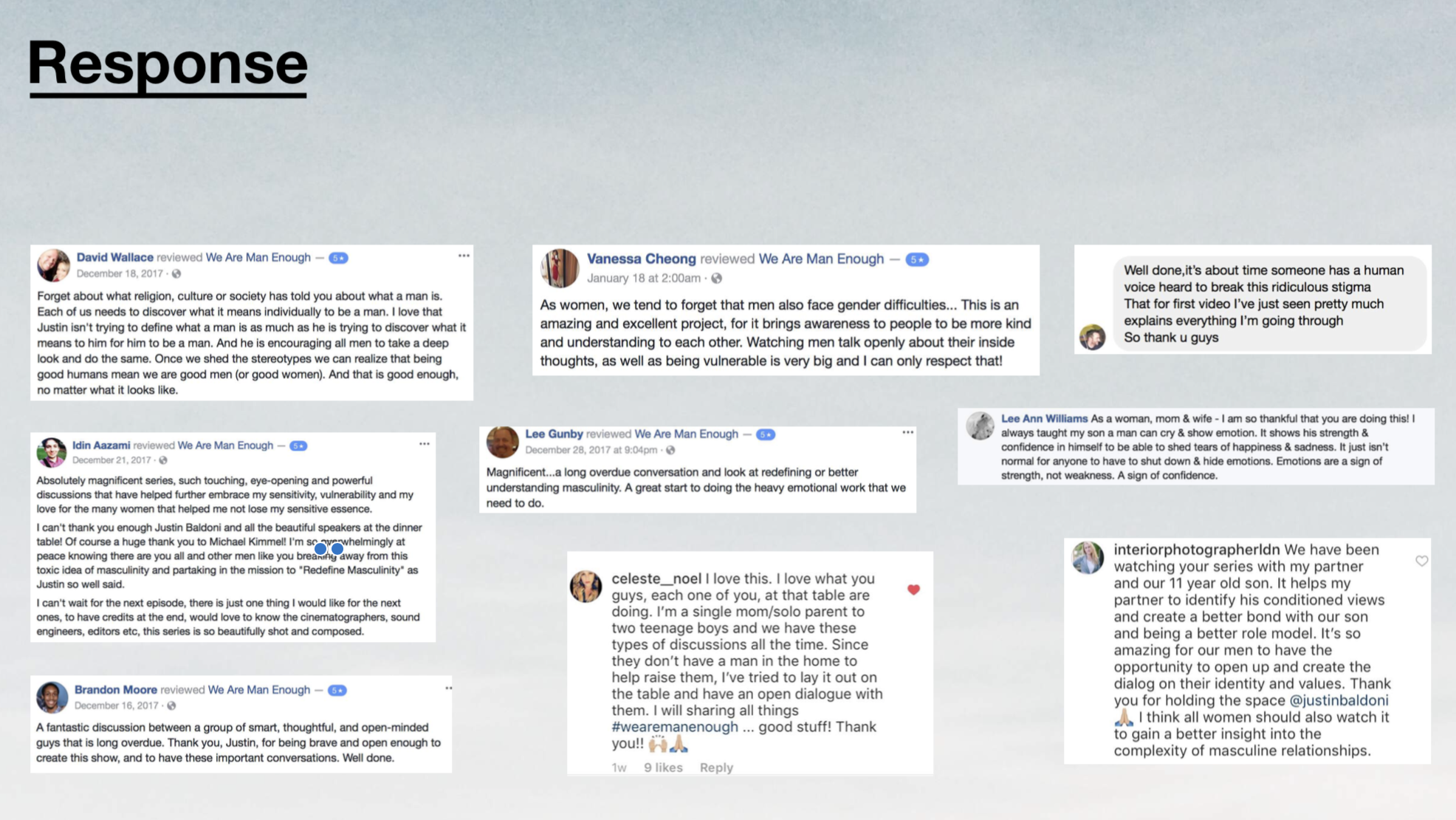 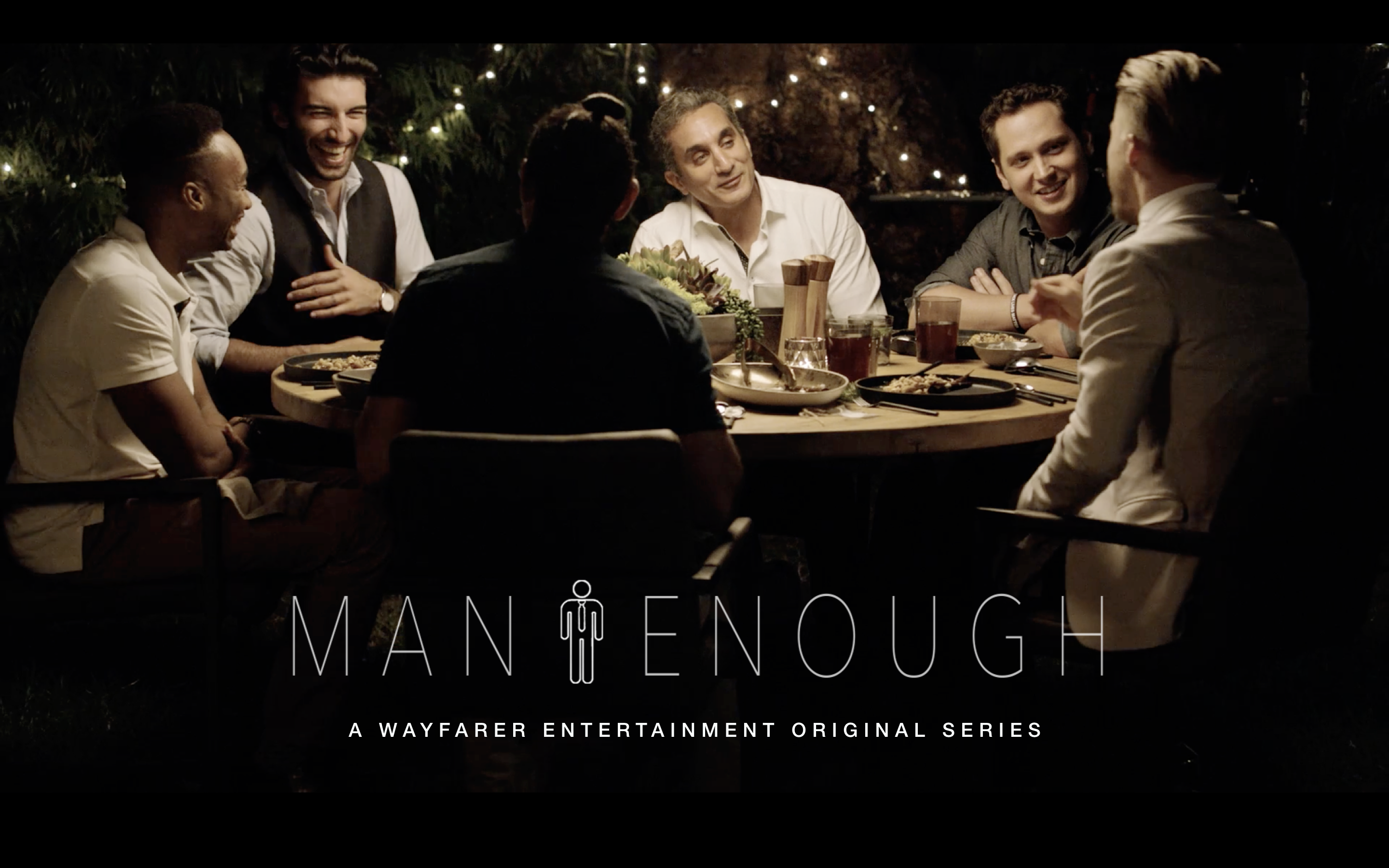