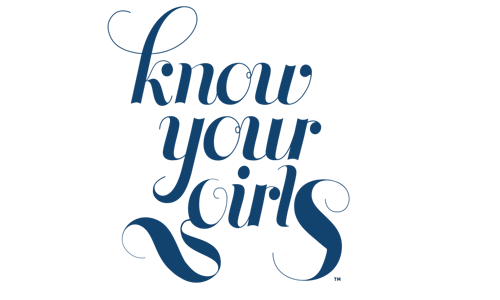 Black women in America are dying of breast cancer at unacceptable rates and are more than 40 percent more likely to die from breast cancer than white women. In communities across the U.S., black women are more likely to be diagnosed younger, at later stages and with more aggressive forms of the disease, limiting treatment options. To address this health disparity, the Ad Council and Susan G. Komen® developed a culturally relevant campaign to educate and inspire black women to take charge of their breast health by understanding their breast cancer risk and engaging with information and tools that can ultimately promote early detection, and with effective treatment, save lives.

The fully integrated "Know Your Girls" campaign draws on the audience-centric insight of sisterhood and empowers each woman to treat her breasts with the same love and attentiveness she does her closest girlfriends. The messaging drives to a website, KnowYourGirls.org, where women can access information to help them learn their breast cancer risk and family health history, and ultimately have an informed conversation with their doctor.

To inform the campaign strategy, the Ad Council conducted extensive qualitative and quantitative research as well as reviewed existing literature and secondary data to ground the intervention in evidence and implement effective behavior change strategies. This included in-home ethnographies with black breast cancer survivors and women at higher risk, in addition to expert interviews, a landscape review, and media analyses. The team gained a deep understanding of topics such as issue knowledge; perceptions of risk; and cultural, societal, and systemic barriers, which allowed for the identification of a "way in" that inspired women to seek consultation and care.

Key insights were translated into a campaign strategy that accounted for:

"Know Your Girls" is a multimedia PSA campaign, which includes TV, radio, print, outdoor, and digital assets, inspiring Facebook, Instagram, and Twitter channels, and is supported via local activations through Komen's Affiliate network. The ads feature a woman surrounded by her girls--friends and family who have always been her source of support and strength—and her other "girls," her breasts, which have been with her in every moment of her life but are the ones she might know the least. Viewers are directed to KnowYourGirls.org, a comprehensive website with resources to help women navigate breast cancer risk factors, learn how to spot changes in their own breasts, and prepare for a conversation with their doctor. Resources feature the perspectives of real women who chose to learn about their breast health, experienced breast cancer firsthand, or supported a friend who was navigating the disease.

The campaign also encourages black women to join the "Know Your Girls" sisterhood on social media to share experiences with each other and hear from the celebrities and digital creators who are lending their voices to amplify the campaign's message. Celebrity ambassadors who shared the campaign include actress and breast cancer survivor Vanessa Bell Calloway, who provides the voiceover for the PSAs, celebrity stylist June Ambrose, actress and comedian Regina Hall, E! News co-anchor Zuri Hall, 2 Dope Queens co-creator and actress Jessica Williams, singer-songwriter, producer and actress Michelle Williams, and comedian and actress Kym Whitley; as well as digital creators Ebony from Team2Moms, Glamtwinz: Kelsey & Kendra Murrell, Jade Kendle, and Jayla Koriyan.

The "Know Your Girls" campaign is only two months old, but we've already seen tremendous success with more than 60 local television and radio hits. We've also received extensive national press coverage from outlets including Blavity, The Breakfast Club, Essence, The Grio, Madame Noire, The Root, TMZ and The Undefeated. Our PSAs have received more than 1.2 million views to date.

"Know Your Girls" debuted brand new channels on social media with over 5.3 million impressions from 14 celebrity social media posts, including a supportive Instagram post from Girls Trip actress Regina Hall which garnered 64,000 engagements alone. Launching social channels from scratch is often a challenge, but the "Know Your Girls" Facebook, Twitter and Instagram have high engagement rates and are growing exponentially every day due to the stunning imagery and authentic and relatable tone created and led by digital marketing agency Good Stuff Digital.

"Know Your Girls" continued growing its presence with a featured booth at this year's Essence Festival, where tens of thousands of women engaged with the "Know Your Girls" message and tools and took life-saving breast health information back home to share with their friends and family.

Video for Know Your Girls 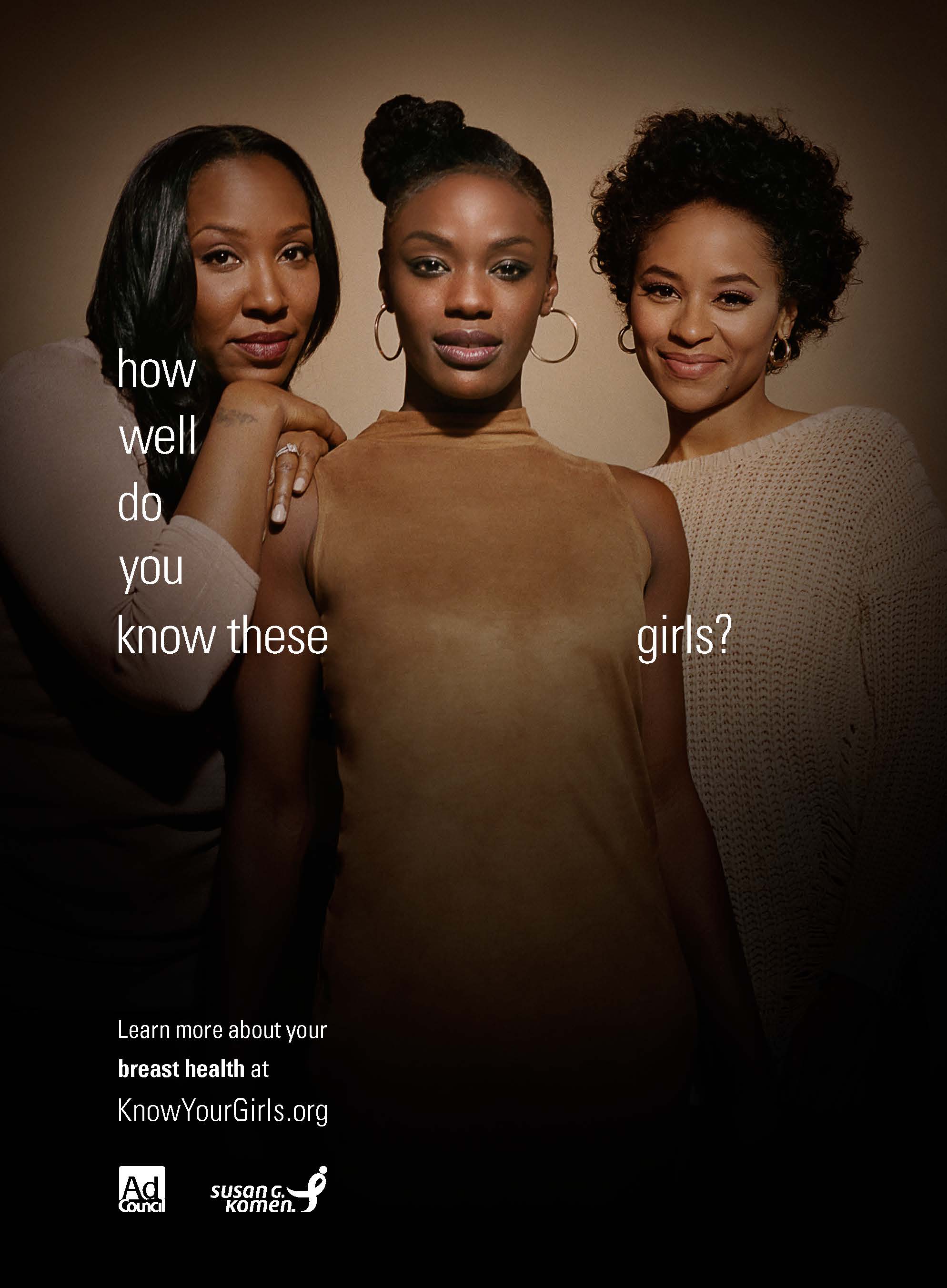 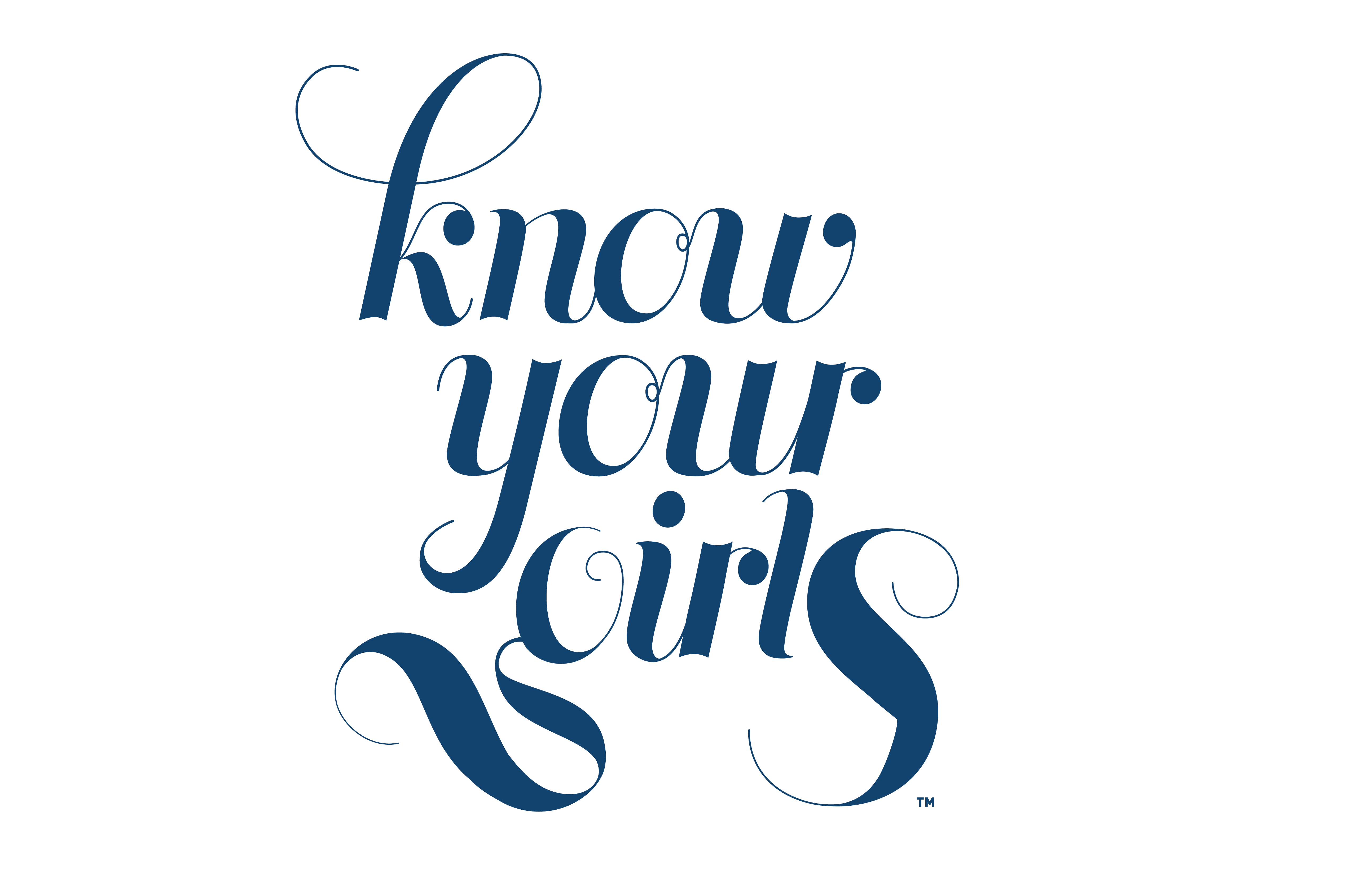