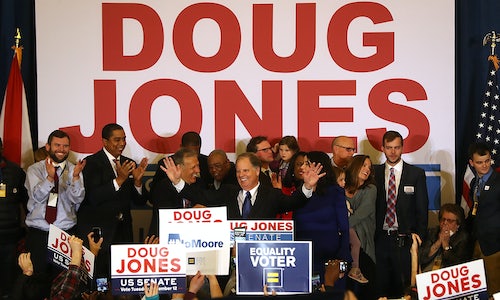 In 2017, HRC was ready to harness the political power of the LGBTQ movement and the strength of the pro-equality vote to help tip the scales for Democratic candidate Doug Jones. Jones was running against Roy Moore, who has made a career out of peddling hate and attacking LGBTQ Alabamians.

HRC has been calling out Roy Moore's abhorrent anti-LGBTQ record ever since he fought against marriage equality as Alabama's Chief Supreme Court Justice in 2014. Moore denied a lesbian mother custody of her child and called for the criminalization of LGBTQ people. Moore also supports banning transgender troops currently bravely serving in the military, compared LGBTQ people to animals, and claimed that they are unfit to be parents. Last year, he took his extremism one step further by aligning himself with Vladimir Putin -- who initiated a brutal crackdown on LGBTQ Russians and is complicit in the torture and murder of gay and bisexual men in Chechnya -- specifically citing both of their views on LGBTQ rights.

If elected, Moore would have been a danger to LGBTQ people nationwide and around the globe. HRC knew we had to mobilize against Moore's dangerous, anti-LGBTQ agenda and urge Alabamians to say #NoMoore to Roy Moore and elect the pro-equality champion Alabamians deserve, Doug Jones.

During the primary contest, HRC PAC launched social media ads opposing Roy Moore alongside a direct mail campaign and robocalls that educated voters on his egregious, anti-LGBTQ record. HRC endorsed Doug Jones in October 2017 and began aggressively communicating his record and accomplishments for equality through our social media platforms.

In the 60 days leading up to the election, more than 160 HRC volunteers and 11 HRC staff worked to reach nearly 200,000 Equality Voters — voters who support LGBTQ-inclusive policies including marriage equality, equitable family law and laws that would prohibit discrimination on the basis of sexual orientation and gender identity — across Alabama to get out the vote for Doug Jones. HRC organized more than 20 GOTV events, including phone banks, canvasses and community events and reached out to Alabama's more than 18,000 HRC members and supporters, encouraging them to register to vote or update their voter registration. HRC also took the unusual step of launching direct mail, online ads and robocalls targeting receptive voters to make them aware of Moore's extreme views.

HRC also worked with the NAACP of Alabama on GOTV efforts to help turn out record numbers of Black voters in the state. HRC was proud to contribute to the Democratic National Committee, which invested over $1 million on a robust field strategy targeting Black and women voters for Doug Jones on Election Day.

HRC's marketing team produced videos highlighting Moore's appalling record and rhetoric on equality that have garnered millions of views and unveiled a billboard along Alabama's I-85 reminding Alabamians to hold Roy Moore accountable.

Our aggressive social outreach resulted in #NoMoore trending nationally on election night. The hashtag reached more than 1.5 million accounts and had more than 2.1 million impressions .Most importantly, this victory puts us one step closer to stopping Donald Trump and Mike Pence's discriminatory agenda in Congress while paving the way for future victories across the country heading into the 2018 midterm elections. 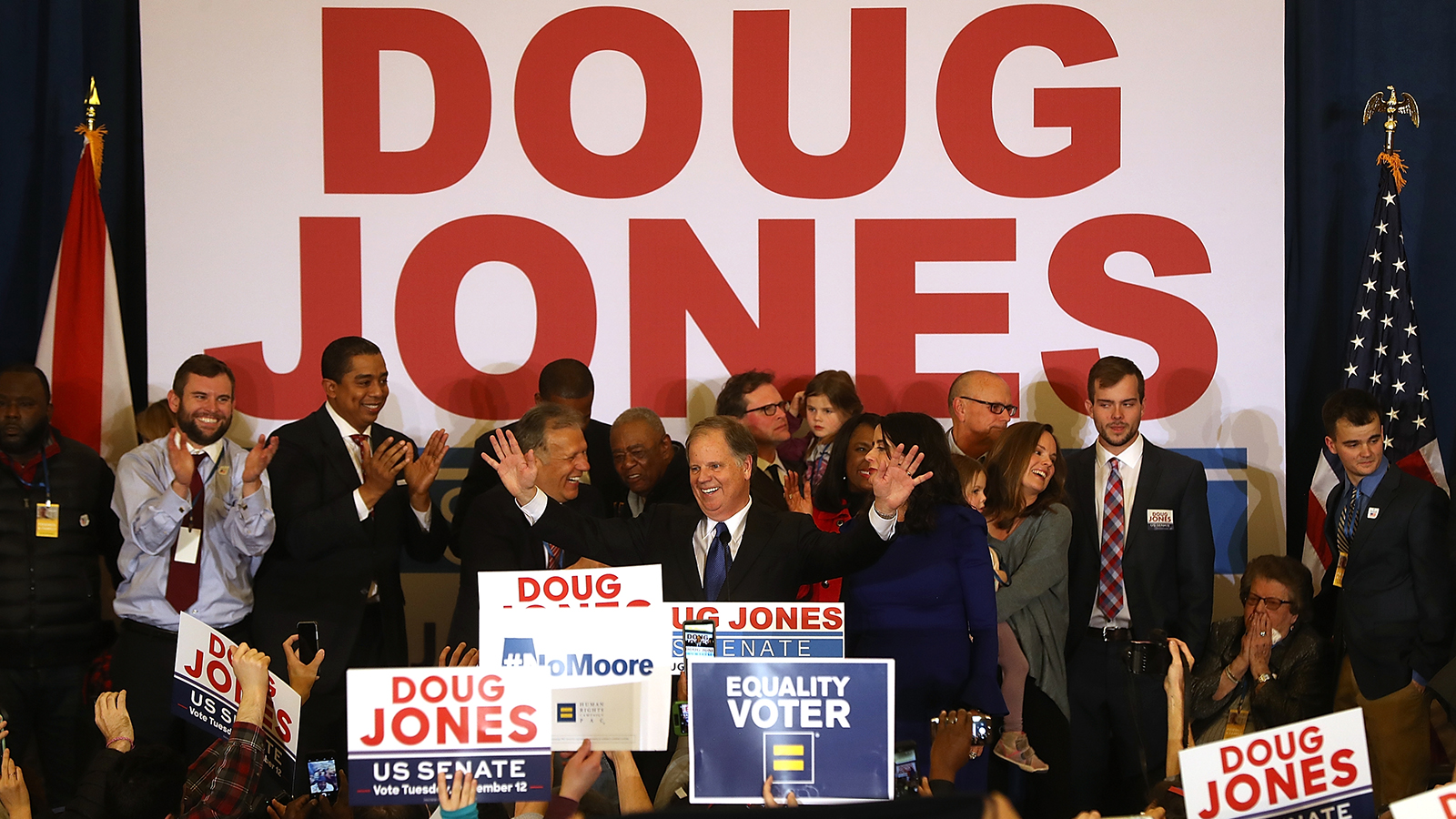