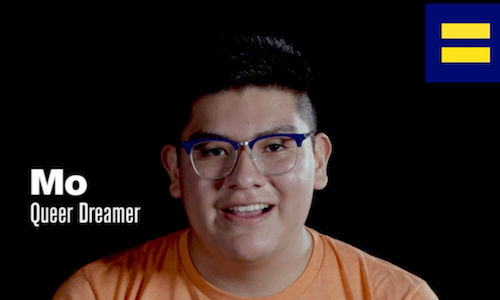 Every year, countless LGBTQ immigrants, refugees, and asylum seekers brave dangerous -- and often perilous -- conditions to flee violence or political persecution and seek a better life for their loved ones. Instead of embracing them, Donald Trump has repeatedly scorned and attacked them.

Instead of treating these people with the respect, dignity and compassion they deserve, the Trump-Pence administration has betrayed our country's most fundamental values and undermined our moral leadership on the global stage, all while gaslighting Americans with their lies and smoke-and-mirror tactics to shift the blame for this crisis off themselves.

Many people are unaware of the plight of LGBTQ immigrants, refugees and asylum seekers. According to research by the Williams Institute, about 267,000 undocumented adults in the U.S. identify as LGBTQ. There are also an estimated 75,000 LGBTQ Dreamers. Currently, 71 countries criminalize same-sex relations. In up to 10 countries, same-sex relations may be punishable by death. From Chechnya to the Middle East, to Libya and Sub-Saharan African -- LGBTQ people live in fear just because of who they are or who they love.

While the Trump-Pence administration continuously attacks the rights of immigrants, asylum seekers and refugees, HRC took the opportunity for us to shine a light using real, personal stories on the intersection of LGBTQ rights and immigrant rights to educate our members and supporters.

HRC launched an unprecedented effort to capture the stories of LGBTQ Dreamers, refugees and asylum seekers.

HRC worked with our coalition partners, such as Unidos and United We Dream, to identify a diverse group of LGBTQ Dreamers. We traveled the country to create a video series that shared the deeply moving personal stories of individual LGBTQ Dreamers.

One of those LGBTQ Dreamers is Yuridia, a 22-year-old queer DACA recipient and sexual violence survivor. It was only after she received DACA that she was able to report her abuser to the police. HRC also lifted up the story of Mo, an LGBTQ Dreamer who faces the tragedy of deportation after nearly a lifetime in the only country he's ever known. Viktor, a queer Dreamer from Texas, is proud to call this country his home. We also spoke with Erika, whose family would be torn apart if DACA was rescinded - she does not have U.S. citizenship but her brother does.

We spread out the videos to be released in conjunction with major news related to immigration debate, including the Trump-Pence administration's decision to rescind DACA. That way we were able to join trending hashtags and be as relevant as possible.

After the Muslim Ban, we elevated the story of Paul Harrison and his fiance, who were separated by the discriminatory policy.

In conjunction with World Refugee Day, HRC released a powerful new video featuring Robel Hailu — a gay Ethiopian asylum seeker who had to flee his home country simply because he publicly discussed his sexual orientation.

Rainbow Railroad's Executive Director Kimahli Powell also did an #HRCTwitterTakeover. Rainbow Railroad is one of the only organizations in the world helping LGBTQ people escape persecution — such as in Chechnya, where confirmed reports reveal ongoing crimes against humanity, including abductions, detentions, forced disappearances, torture, and even murder of men suspected of being gay or bisexual. Since news of the anti-LGBTQ atrocities in Chechnya first broke more than a year ago, Rainbow Railroad has provided direct travel assistance and negotiated safe travel for more than 50 people impacted by the barbaric persecution. It has also worked with the Canadian government and other countries to help with direct assistance by way of emergency visas.

In addition to releasing several videos, HRC wanted to highlight how many asylum seekers continue to live in fear. HRC had the chance to sit down with AD, a survivor of the brutal crackdown on LGBTQ people in Chechnya that first made international headlines in April last year. AD isn't his real name; it's a pseudonym created out of ongoing concerns for the openly gay man's safety.

In addition to releasing these videos, HRC held lobby days, signed onto several coalition letters and issued statements on major court rulings on immigration rulings and responded to announcements from the administration. We also co-hosted a #DreamActNow Twitter Town Hall.

HRC was overwhelmed by the results of our immigration-related content.

Collectively, they've been viewed more than 1.2 million times, and driven several great stories, like this HuffPost story about Mo, and NewNowNext's story on Yuridia. They were also picked up in the The Georgia Voice and Los Angeles Blade.

We shared their three videos on social more than 60 times, reaching more than 6 million people and receiving more than 50,000 engagements. The videos also resulted in more than 10,000 confirmed constituent calls to members of Congress.

Yuridia's video is HRC's most popular video ever on Instagram, with more than a half-million impressions, and was the second-most popular tweet from any non-profit organization on January 20. It also reached more than 1.4 million people on Facebook alone. Celebrity friends including Ellen Page, Moby, Maria Bello, Jonathan Van Ness, Samantha Ronson, Sophia Bush, and Rosanna Arquette have also helped spread the stories far and wide.

The Dreamers we've featured have been so grateful for HRC's amplification and touched by the response. And our partner organizations have also been blown away too -- the #DreamActNow Twitter Town Hall reached more than 11.8 million people with more than 58.4 million impressions. We also mobilized our members and supporters across the country to attend rallies, including on Capitol Hill, outside the White House and at the border. 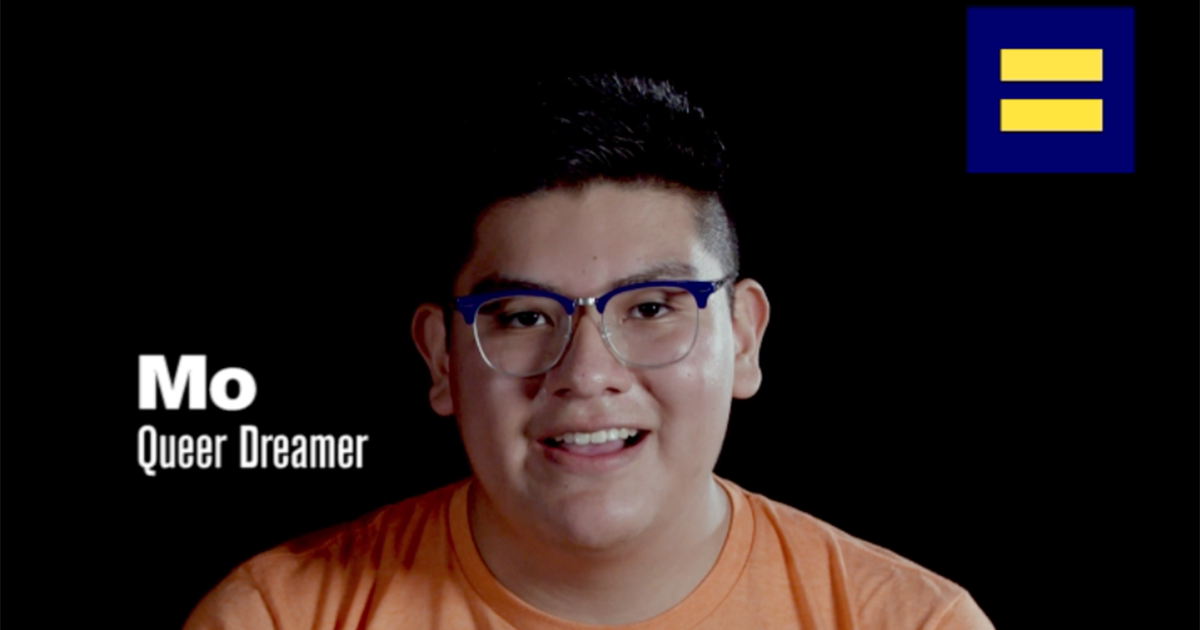