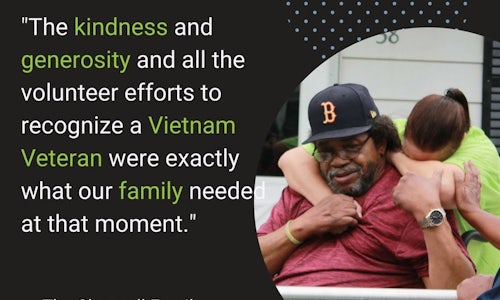 The main goal/objective was and is to offer a fresh, modern approach that engages the greater community to support and participate in the #GreenNFit Neighborhood Rebuilds in Springfield, MA this past Spring and upcoming in Holyoke, MA in the Fall. Revitalize CDC's target was to reach out to the community in Springfield, statewide and throughout New England with a message that pulls at heartstrings to gain increased engagement for first-time buy-in as well as current and prospective volunteers and supporters.

Revitalize CDC's strategy was to gain maximum exposure for the myriad supporter and volunteer opportunities that #GreenNFit provided for individuals, schools, universities, municipality, state, nonprofits, faith-based and civic organizations as well as businesses. The aim was to create a modern, fun feel that embraces our community and showcases our genuine love of our neighbors, embracing emotions and opening people's hearts in ways that elicit excellent results. The key feature of the campaign was the SoMe strategy. This was aimed at personalizing participation in the event, maximizing a stronger sense of ownership, experience and community bonding. Through this campaign, businesses could see the opportunities to gain publicity for participation, either as a donor or as volunteer teams, or as BOTH. Individuals could identify themselves as champions or ambassadors of community support and sign up to volunteer or take on the leadership role as a House Captain for the day of the event. One key theme was to personalize involvement: utilizing quotes from previous volunteers about their experiences; having donor representatives speak from the heart about why they choose to support #GreenNFit; homeowners who previously received home repair services demonstrated their staunch support for the #GreenNFit work and their heart-felt gratitude for the volunteers who gave their time and effort. This also fits perfectly within the "SoMe" strategy, and the marketing campaign developed an online 'buzz' with increased engagement that set itself apart from other local non-profit campaigns for volunteer events. The final words of the participants "Life Changing" aptly demonstrated the intended results for our fellow neighbors when we support the #GreenNFit Neighborhood Rebuild in our communities.

The #GreenNFit SoMe campaign was extremely successful in garnering support:

Supporters increased by 125% over the previous year.

Volunteers/supporters came from the states of Maine to Virginia.

The scope of work for the #GreenNFit Springfield project: one city block in the Old Hill Neighborhood; 11 homes, one 8-unit facility serving people with special needs; and created a community garden at Springfield College's "Leadership & Civic Engagement Center" directly impacting and improving the quality of life for almost 200 low-income families with children, military veterans, the elderly and people with disabilities.

The marketing campaign's visibility helped Revitalize CDC to attract financial support from the state legislature for the first time ever awarded in the FY19 budget in July, 2018!

Helped to build momentum for Revitalize CDC to expand its services outside of Springfield.

With this momentum the SoMe campaign's goal for the #GreenNFit Holyoke project to be held in October 2018 increasing the volunteers from 288 to 500 and supporters from 30 to 50. 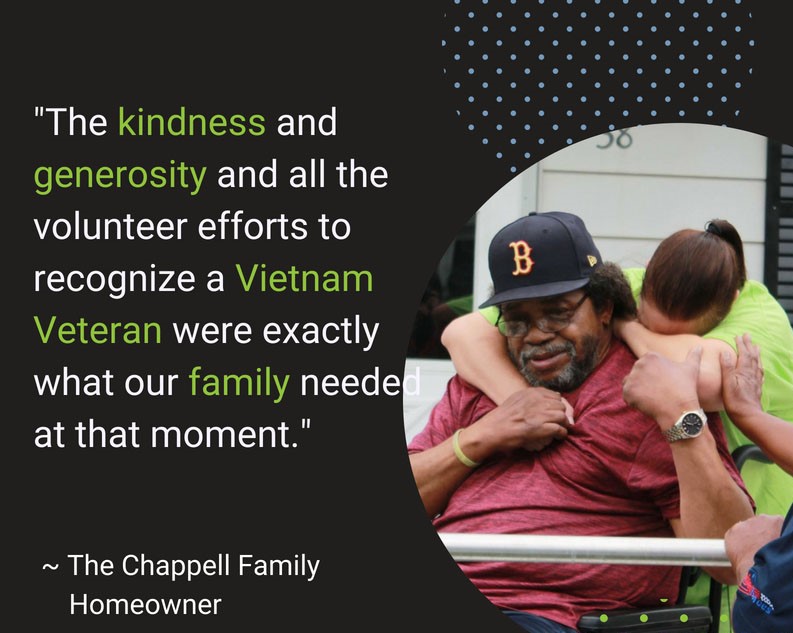 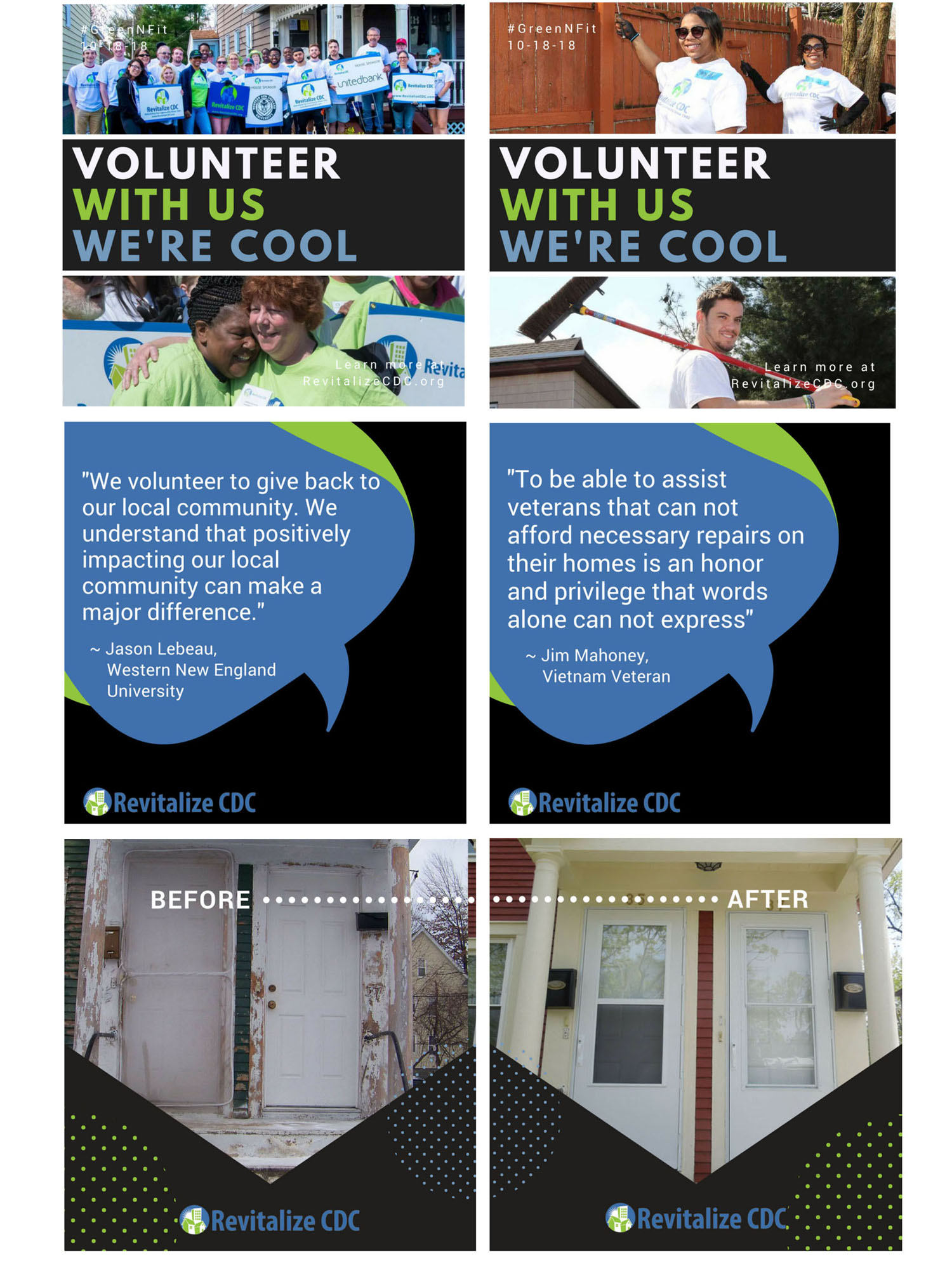 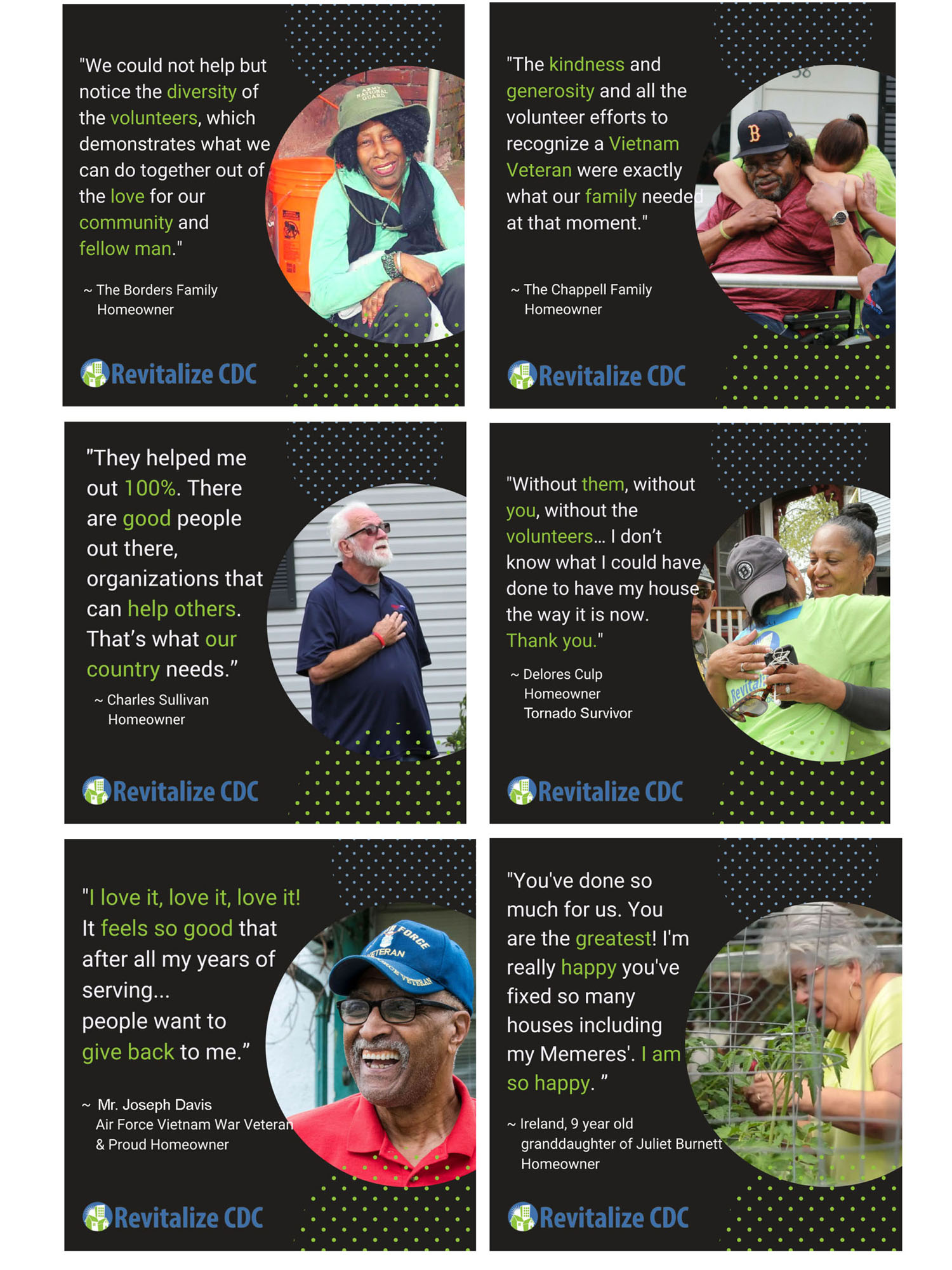