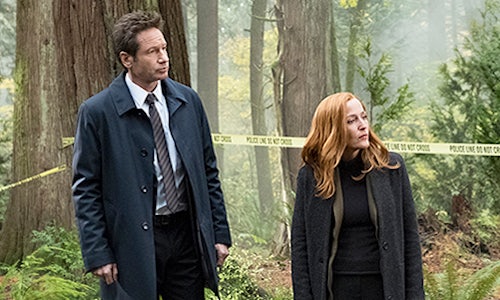 Green Production on The X-Files

For over a decade 21st Century Fox businesses have been industry leaders in advancing the environmental sustainability of film and TV production. "The X-Files" franchise has often been at the center of these efforts stretching back to the 2008 feature film "The X-Files: I Want to Believe" which helped define green production best practices for Fox and other studios for years to come. This legacy of sustainability leadership continued all the way through the series' return to television in 2016, culminating at the Vancouver International Film Festival where "The X-Files" creator Chris Carter won the Industry Builder Award for his work overseeing the season's environmental initiatives. When Fox greenlit an eleventh season, set to start pre-production in August 2017, Carter and his team were eager to pick up these best practices where they left off and set the following objectives for the project in order to minimize the environmental impacts of their producitons:

1. Reduce the amount of waste sent to landfill from every department across the production;

3. Support local causes that enrich the communities in Vancouver where the show filmed;

4. Capture on-set initiatives on video and compile a behind-the-scenes reel at the end of production to share with fans;

5. Provide other film and TV productions with sustainability strategies and guidelines that make their sets greener and more socially conscious as well.

"The X-Files" Season 11 saw the return of many crewmembers and as well as the sustainable production advisors from Green Spark Group who had previously made Season 10's environmental efforts so successful, and whose work helped the show win the sustainability award at VIFF. Their familiarity with each other and the green production process helped the crew critically create its overarching strategy, including:

1. Develop sustainability tactics that meet the unique needs of each production department, from Hair & Makeup to Set Construction and Catering;

2. Source raw materials such as lumber from sustainable sources;

3. Install large-scale compost and recycling bins at each one of the more than 40 filming locations;

4. Reduce emissions from fuel use but implementing more efficient equipment, using bio-fuel where possible, and expanding the use of alternatives to diesel generators;

6. Reduce the amount of food waste generated by catering.

The crew began developing their sustainability strategy from the first day of pre-production in August 2017. Producer Grace Gilroy distributed an all-hands memo emphasizing the importance of sustainability to the success of the production, and Green Sparks Group met individually with each department to devise unique plans to reduce waste, conserve fuel, and positively engage the Vancouver community. The team also hung flyers with "green tips" around the soundstages at North Shore Studios and included a new "green tip" on the call sheets every week.

Some of the tactics implemented on set included:

* Reuse costumes and props from other shows that had wrapped production

* Institute a "no idling" policy for all on-set vehicles

Season 11 benefited greatly from the decision to film in Vancouver, as 95% of the electricity in the province of British Columbia comes from renewable sources such as hydroelectric dams, natural gas, wind power, and biomass power plants. The crew plugged into this clean grid power when filming at North Shore Studios and on location whenever possible, significantly reducing the carbon emissions caused by portable diesel generators.

The Season 11 crew also made history by becoming the first Vancouver-based production to implement a set-wide food donation program. "The X-Files" collaborated with North Shore Studios, Sustainable Lockup, and Keep It Green Recycling to contribute leftover meals from the catering department to the SAGE Transition House and the Lookout Society, which support Vancouver families in crisis. Every day, the crew wrapped up leftover food and stored it in a designated refrigerator on the studio lot for pickup by representatives of the two nonprofits. The crew also placed 3rd in the Greater Vancouver Food Bank's Reel Thanksgiving Challenge that helped raise nearly $13,000 for the local food bank.

As a result of set-wide efforts to make the production as environmentally sustainable as possible, "The X-Files" Season 11:

* Diverted more than 68% of its waste from landfill

In addition, the pioneering food donation program successfully provided more than 2,500 meals to Vancouver families and has already been replicated at a number of other Vancouver-based productions over the past six months.

"I would like to take this opportunity to express our gratitude for having been lucky enough to participate in this food donation pilot project," said Frances Robinson, SAGE Program Coordinator, in a letter to the production. "SAGE is a shelter for women and children who are fleeing violence in their lives…The dishes are not something we could have afforded in our own food budget, and I have seen the direct benefit it has had for our women. We feel very fortunate to participate."

21CF also released the behind-the-scenes reel, which chronicled sustainability measures implemented over the course of the production and featured interviews with Chris Carter and several key crewmembers, across all its major social platforms just after the Season 11 finale on March 21, 2018. The video has been viewed and shared thousands of times by fans of the show and will be included on the DVD release of the show.

Video for Green Production on The X-Files 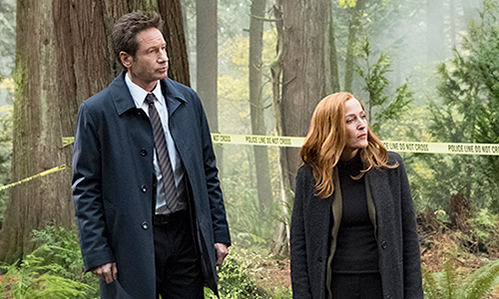