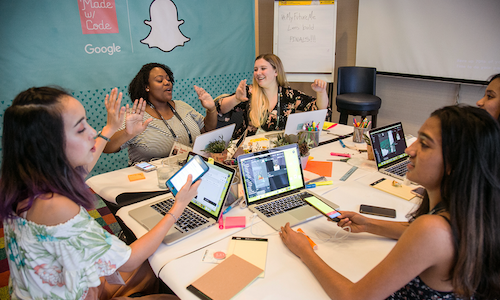 Google Made with Code

Girls start out with a love of science and technology, but lose it somewhere along the way. Research shows this is largely a perception problem — girls don't see coding as interesting or relevant to their passions, don't think they'll be good at it, and don't see other girls doing it. This lack of early interest has a pronounced impact on opportunities later on: today, women make up just 18% of computer science degrees, down from 37% thirty years ago, and though women now represent 47% of the workforce, only 12% of engineers are female.

Google set out to change those statistics. The brand has long been committed to closing equity gaps in education and work to ensure that all people have access to a quality education. A fundamental part of that mission is empowering students to develop tech skills that enable them to be the creators, not just consumers of technology.

Nothing exemplifies this commitment better than Made with Code, Google's program designed to inspire millions of girls to see coding as a means to pursue their dreams. Since 2014, the program has showed girls that the things they love are made with code.

Made with Code has partnered with Swift for years to bring their message to life through creative campaigns that reach girls both digitally and in real life. And this last year, Swift helped Made with Code reach a major milestone: inspiring teen girls to complete more than 1 million coding project in just 365 days.

Swift kicked off 2017 with a hugely ambitious goal, and launched equally ambitious campaigns to reach it. Guided by the larger strategy of engaging girls in coding activities that ultimately inspire them to join the tech world, we helped Made with Code reach the 1 million mark with three major campaigns:

Wonder Woman Together with Wonder Woman, YouTube and Google Play, Swift created a cross-functional campaign to show girls that coding is a superpower. Our central goal was to inspire girls to unleash their superpowers through a multi-level video game-style challenge that let them step into Wonder Woman's gilded boots and utilize coding principles to help her navigate through three different scenes from the film. We drove girls to the project through social, Made with Code's website, and partner channels. We also created a video with Wonder Woman's visual effects producer to show the real code behind the movie magic, and helped host a coding party for teen girls followed by an advance screening of the film. While the campaign launched in June of 2017, the project continued to be a major driver of coding completes, particularly through a December 2017 partnership with Hour of Code.

#MyFutureMe Challenge A majority of the "jobs of tomorrow" don't exist today, leaving many teen girls uncertain about their way forward. To reshape how young women envision who they can become, Swift teamed with Made with Code and Snapchat to create the #MyFutureMe coding challenge. #MyFutureMe motivated girls to imagine, build, and share how they see their future by creating their own Snapchat lens – transforming them from tech consumers to tech creators. We delivered a powerhouse campaign in support of #MyFutureMe, including high-performing Snapchat ads, organic social content, and extensive partner promotion with phenomenal women like education activist Malala Yousafzai, Olympic athlete Laurie Hernandez, and Google CMO Lorraine Twohill. Together, we blew our submission goal out of the water. The finalists attended TEDWomen, where they received mentorship from Google and Snap engineers. The campaign culminated in announcing Zoe, the winner of the challenge, who earned a trip to Snap Inc. and Google HQ. Zoe's reaction was the ultimate measure of success: "3 life-changing days and a tweet can't contain my gratitude to @madewithcode @Snapchat @google for SEEING and believing in us!"

Emojify the Holidays We helped Made with Code cross the finish line to hit their goal of 1 million coding completes by launching a holiday campaign to promote their Emojify project. This campaign focused on organic social – amplified by posts across Google brand channels – to drive traffic to a project that let people code their own emojis. We positioned it as a way to create personalized holiday moments both digitally and IRL. In addition to a curated photoshoot and 'the first-ever crowdsourced emoji' created through Instagram Stories polling, we orchestrated a Twitter conversation for the Google family that became one of our biggest drivers of coding completions.

The Wonder Woman campaign outperformed past activations by 126%, with 68 million potential impressions. We exceeded our #MyFutureMe contest entry goal by 40% (surpassing our goal of 16,000 by 6,419 entries), with especially notable performance from our Snapchat ads – swipe-up rates were 9x the Snap average. Emojify the Holidays pushed Made with Code over the finish line by hitting 1 million coding completions with weeks to spare, and ultimately landed us at 1.1 million coding projects completed in 2017.

Video for Google Made with Code 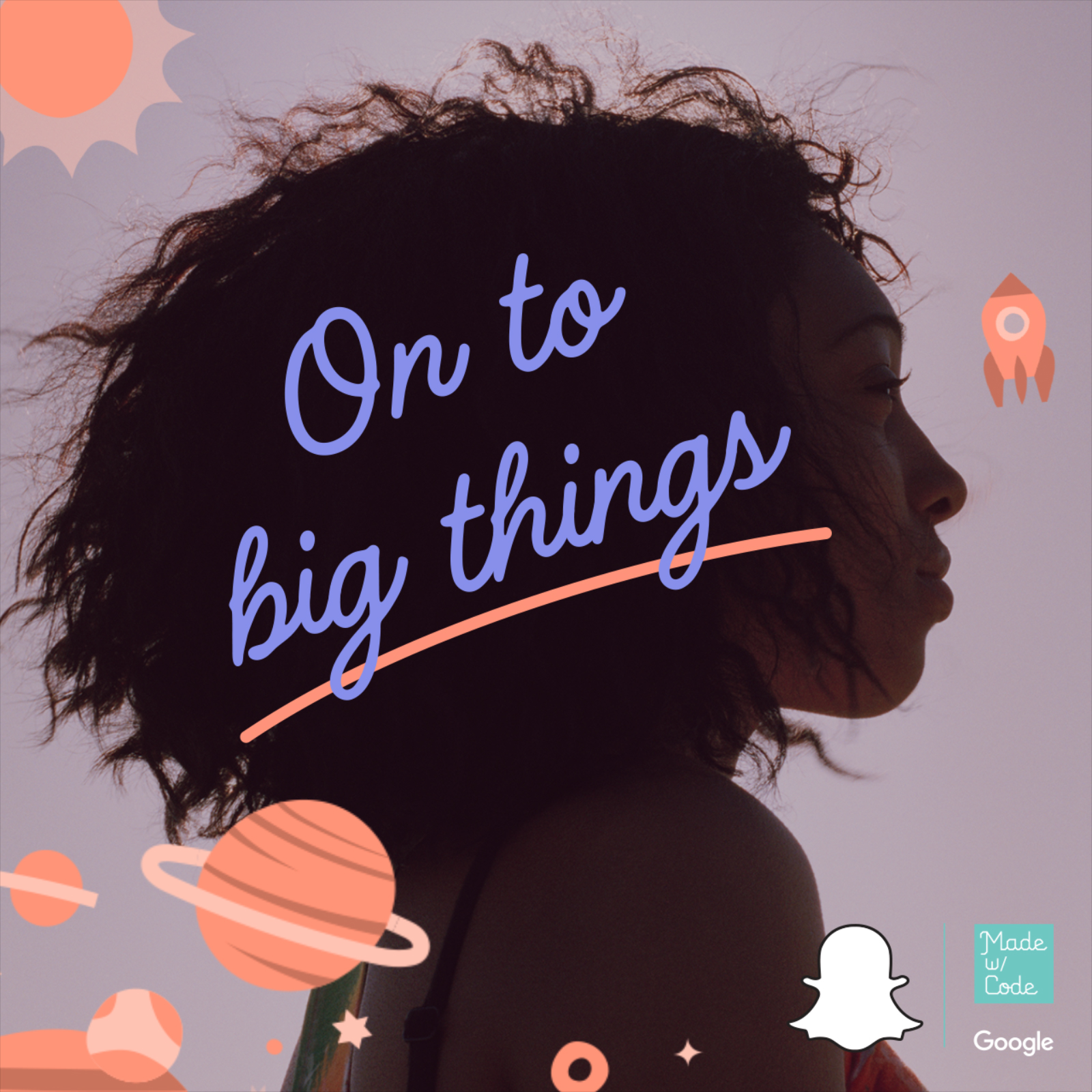 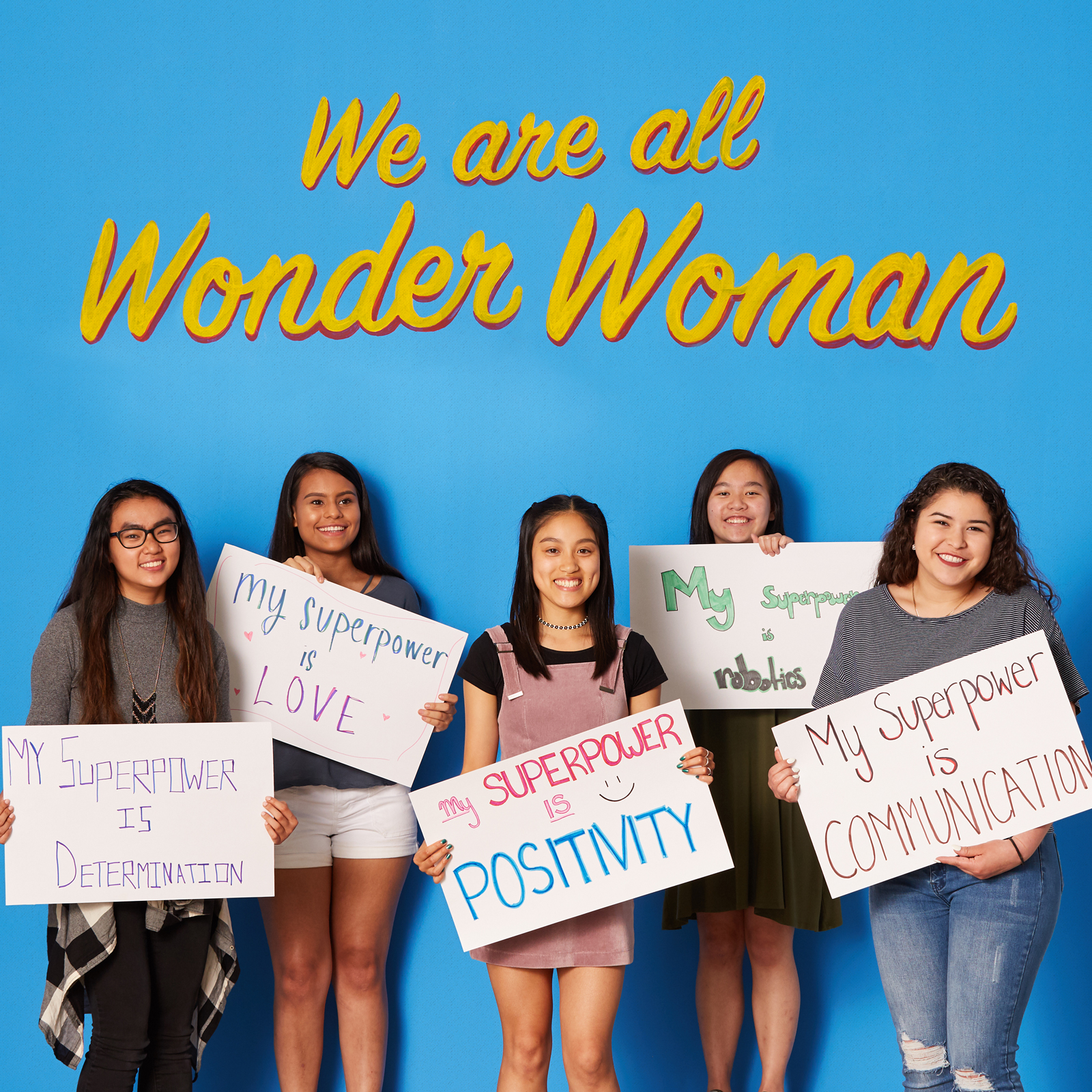 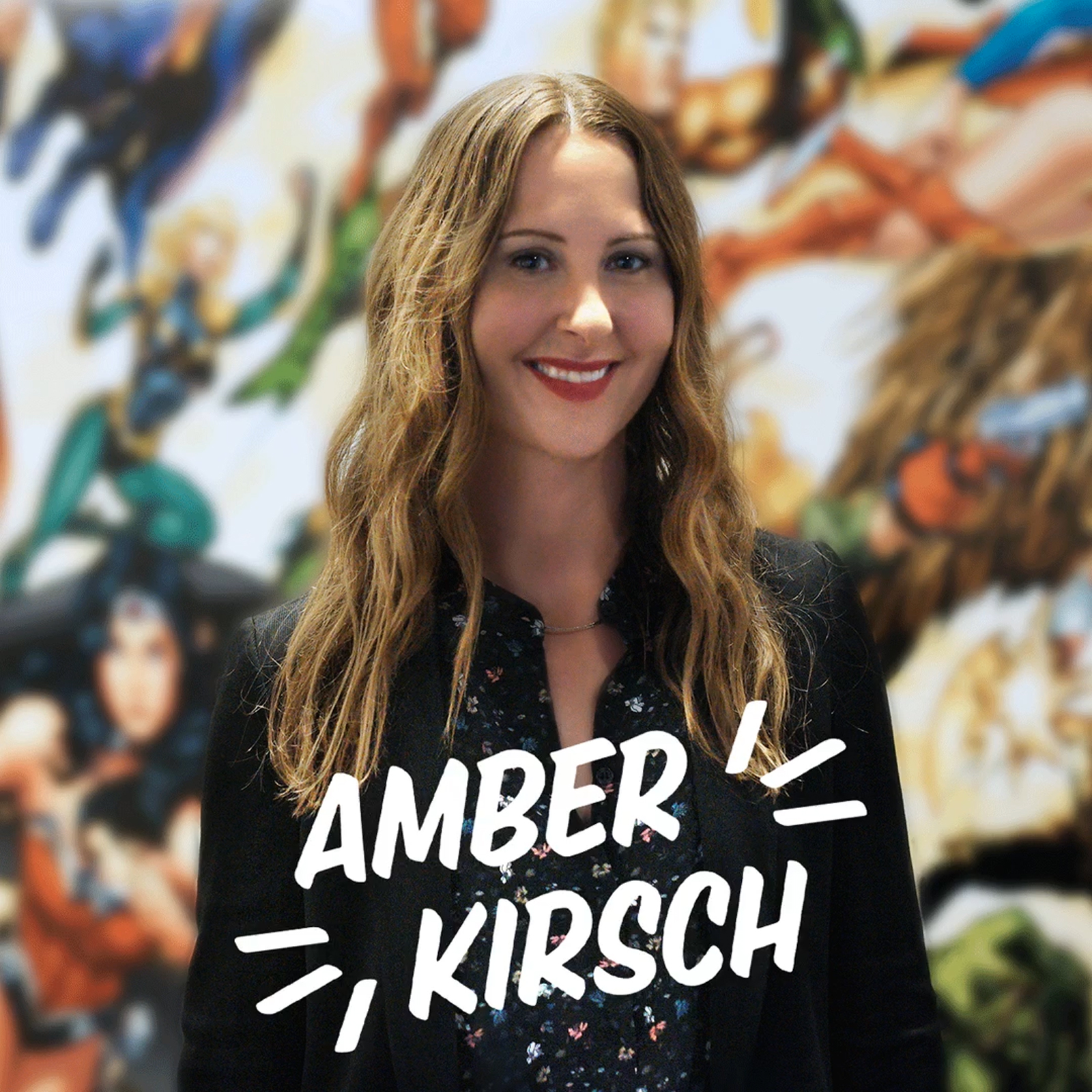 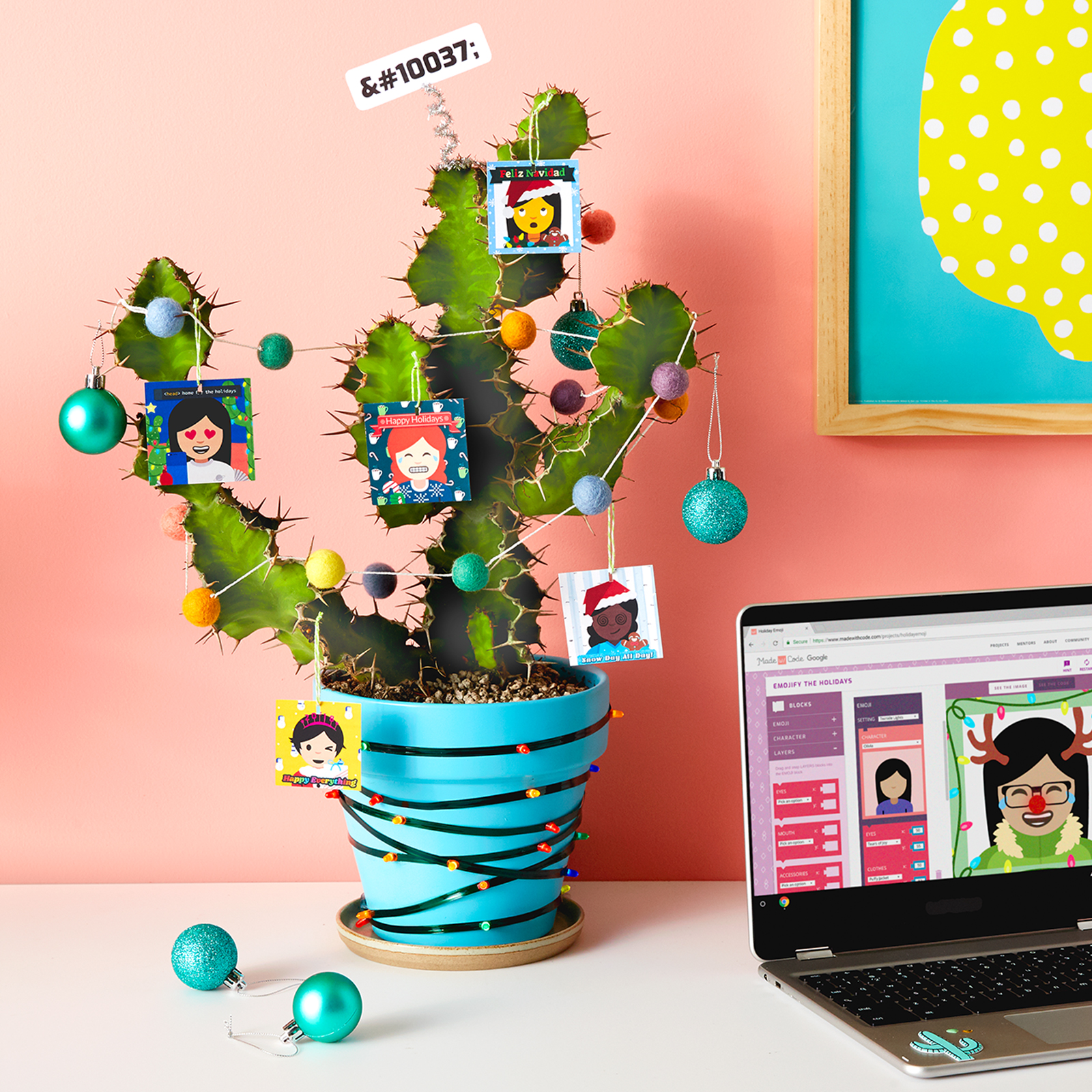 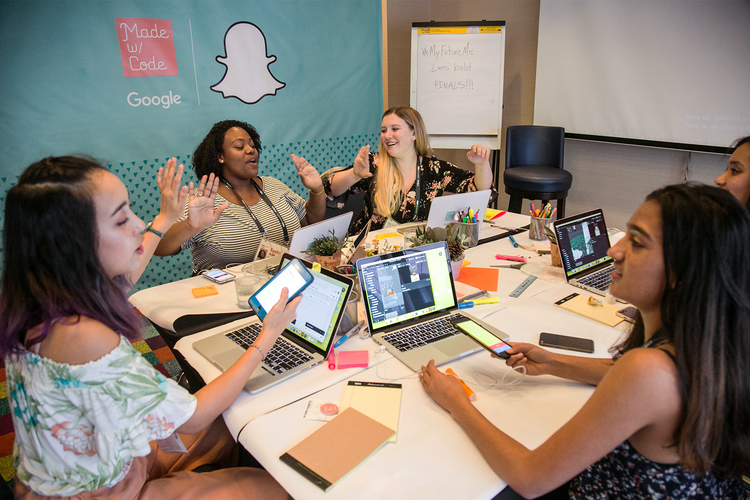