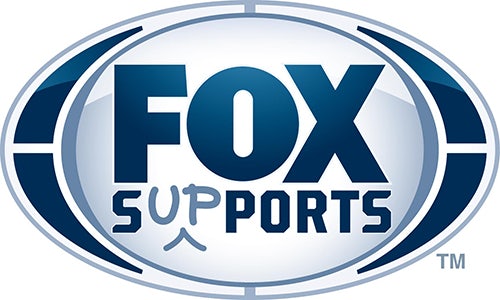 FOX Sports Supports is the charitable division of FOX Sports, dedicating to raising awareness of important social causes that matter to FOX Sports employees, stakeholders, and audiences. The program capitalizes on the massive audience of the FOX Sports family of brands to bring significant attention to leading nonprofit organizations working to make the world a better place. FOX Sports Supports develops original public service announcements, digital shorts, and in-game segments around these causes that air during the channels' highest-rated programming. Specific objectives are as follows:

2. Raise awareness for causes that resonate with FOX Sports viewers and employees;

3. Partner with leading nonprofits already working on the ground to achieve progress in relevant cause areas;

4. Integrate these campaigns into the game-viewing experience;

FOX Sports's properties include FOX Sports 1 and FOX Sports 2, regional sports networks, and more. The family of brands is capable of reaching more than 100 million viewers in a single weekend, making it uniquely well positioned to engage diverse audiences on issues and causes that matter.

2. These partners most often fall into one of the following four cause areas: sports and physical health, education enrichment, youth mentorship, and national service/veteran affairs;

3. FOX Sports Supports develops an engagement campaign for each of the selected partners, collaborating with the organizations to determine an effective media strategy;

4. The group coordinates with FOX Sports talent, including field reporters, studio hosts, and athletes, to enlist them as spokespeople for the selected causes;

5. FOX Sports donates airtime across its channels and digital platforms both during commercial breaks and while a game is being played in order to maximize the size of the audience for these important messages and calls-to-action.

FOX Sports Supports is an industry leader in integrating pro-social messaging into its sports programming. Rather than simply air PSAs during commercial breaks—thereby framing the cause as something separate from the game and the FOX Sports brand—the group places FOX Sports personalities at the center of its campaigns. By developing original content featuring FOX Sports talent and having game announcers read cause messaging during the game, FOX Sports Supports communicates that the cause in question is not just important to the company but also to the athletes, broadcasters, and ultimately, the audience.

In addition, the "ground-up" process of selecting nonprofit partners is unique and has led to some of FOX Sports Supports' most lasting and meaningful partnerships. For example, regional FOX Sports offices began supporting local Boys and Girls Clubs as early as 2005, donating both funds and airtime to the youth sports and mentoring services those clubs provide. This support eventually caught on at the corporate level at FOX Sports and continued repeatedly until FOX Sports received the Champion of Youth Award from Boys & Girls Clubs of America in 2014.

FOX Sports Supports often backs organizations that expand access to youth sports programs and broadcast the physical and social benefits that sports provide to young people. However, its biennial slate of nonprofit partners also covers a broad range of cause areas. This year's partners include Girls Inc., which partners with schools and local organizations to provide mentorship and health resources to young women and girls; Ticket to Dream Foundation, which provides clothes, school supplies, and more to children in the foster care system; The Mission Continues, an organization helping veterans of the U.S. military transition back to civilian life; Good Sports, providing new sports equipment to youth organizations in high-poverty areas; and the Jackie Robinson Foundation, offering college scholarships to students from diverse backgrounds.

Recently, FOX Sports teamed up with Play Proud to share the stories of three young LGBTQ+ athletes who found community through soccer. FOX Sports donated airtime to three video shorts that aired during its coverage of the World Cup finals and semi-finals.

In its 10-year history, FOX Sports Support has contributed millions of dollars in in-kind support to its nonprofit partners, of which the program has had more than 40. This support takes the form of public service announcements featuring FOX Sports talent and athletes, special event activations, and verbal and special messages during FOX Sports programming. Its original content has featured countless FOX Sports personalities, including Michael Strahan, Terry Bradshaw, Erin Andrews, and Jenny Taft.

Through its various media channels and on-site support, FOX Sports Supports has successfully helped generate millions of dollars in donations to these organizations. In addition, the PSAs have received tens of millions of dollars' worth of air time across all 21st Century Fox channels, helping to support causes such as the Boys & Girls Clubs of America, Positive Coaching Alliance, Folds of Honor, Girls on the Run, National Alliance on Mental Illness, and many more.

The positive results have earned FOX Sports Supports external recognition, including nominations and awards from the Cynopsis Media Social Good Awards which recognizes individuals, brands, and campaigns that use the media industry as a tool for social good. 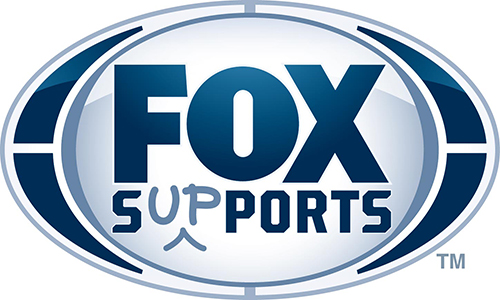