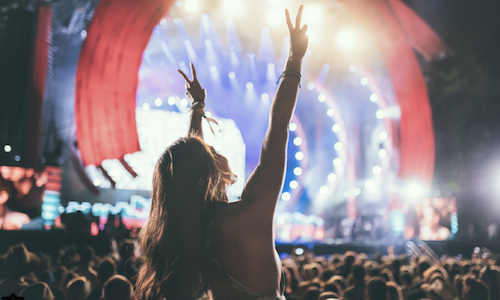 Discovering the Power of Humanity with Citi

In 2017, Citi proudly partnered with Global Citizen for the 7th consecutive year to help end extreme poverty. Citi is a sponsor of several music festivals each year, but Global Citizen Festival (GCF) is the only one that serves as a larger call to action for the community to rally together around social good. With an overall theme of personal empowerment, we – along with 60,000 of our new friends who joined us in Central Park - set out to showcase just how powerful the intersection of music and social good can be.

Last year GCF expanded into a week-long event, and Citi was a sponsor

of events throughout, including panels, workshops, and more. It was

kicked off by Mumford & Sons, an intimate concert hosted by Citi Sound

Vault with proceeds going to Global Citizen and Children in Conflict.

The program objectives were as follows:

To motivate the festival's audience of progress makers, we built our strategy around the following themes:

This helped inform our larger creative platform: Model Citizens. Unlike other festivals, GCF attendees come together for one week to inspire acts of social good around the world (tickets aren't sold, they have to be earned). The people who make up GCF – the artists, the fans, the activists – all have different reasons for getting involved and we wanted to uncover those stories and share them across social.

Our creative platform was visible in all of our executions surrounding the festival, including the following:

For the event recap, we wanted our video to capture the emotion of the day so instead of highlighting the music acts, we focused on those who made the day possible: the activists, philanthropists and future activists that made it out to the great lawn at Central Park. The audio voiceover featured quotes from philanthropists who spoke at GCF events throughout the week to help deepen the emotional connection to the event.

Our campaign was successful across all three of our objectives.

Beyond the social results, Citi was proud to be part of a week that proved unity is the way to fight poverty: 1.6 million actions helped drive $3.2B worth of commitments set to affect 221 million lives.