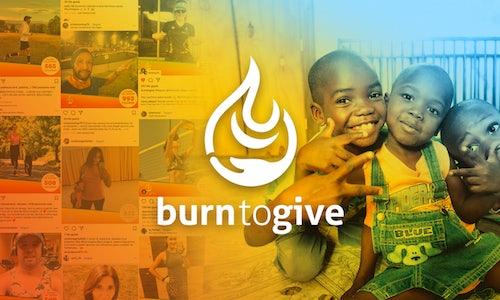 Burn a Calorie. Feed a Child.

Burn to Give is a platform that converts calories burned exercising into life-saving nutrition for children in need. For every tracked calorie burned, a calorie is given to an undernourished child. We are using best-in-class technology to connect people, companies and malnourished children in order to create exponential impact and solve a global problem.

Our ultimate goal is to inspire people to become active and live healthily by feeding those in need. Providing nutrition to help fuel the minds and bodies of children so that they can grow healthy, think clearly and learn efficiently in school.

For the launch of Burn to Give we had a very limited budget and wanted to showcase our socially-driven technological solution from Chile to the World. Social media therefore, was our weapon of choice.

Without any marketing budget, our main tools was social media to tell our story and how we are using technology to connect two opposite global health concerns – such as Obesity and Hunger – in a way that helps solve them both. We launched this campaign from Chile to the World, so our strategy was to make as much media buzz as possible locally and hope that through social media this would spread globally.

Our strategy was to start with what we called "founding athletes" (who were basically local celebrities and professional athletes) and asked them start an "ice-bucket challenge but with calories". So a handful of these founding athletes posted on their IG profiles something along these lines: "Today I burned 500 calories playing soccer and I donated them - for free - through #BurnToGive. I invite X, Y and Z to do the same". The campaign was launched on March 15 and immediately became viral, and with $0 spent in marketing became one of the most impactful social media campaigns ever launched in Chile (reaching close to 50% of the country)

What started with 5 people in Chile sharing their daily sport activity on social media, ended up reaching over +30 Million people across +70 countries. With this impact and reach not only did we have an extremely successful launch (with over +50,000 users in the first 30-days) but most importantly we were able to feed and save the lives of 1,000 children suffering from severe acute malnutrition in Haiti.

Burn to Give was launched as a pilot on March 2018. These were the results of our launching campaign:

- We inspired these +50,000 people to join Burn to Give and start moving with purpose. For many of these, Burn to Give was their trigger to start getting active; they started exercising (or extended their daily/weekly exercise routine) by knowing that this would help others

- We were able to feed and save the lives of +1,000 children suffering from severe acute malnutrition in Haiti

- +10 leading brands (such as Walmart, Coca-Cola, Subaru, Merrell, Powerade among many others) acted as leading Sponsors using their marketing budgets to pay for the calories, with a double purpose: motivate people lead a healthy and active lifestyle, and at the same time feed thousands of children around the world

- Over 40% of our user are Millenials

Search #BurnToGive and join our community of people Exercising for a Hunger-Free World!

Video for Burn a Calorie. Feed a Child. 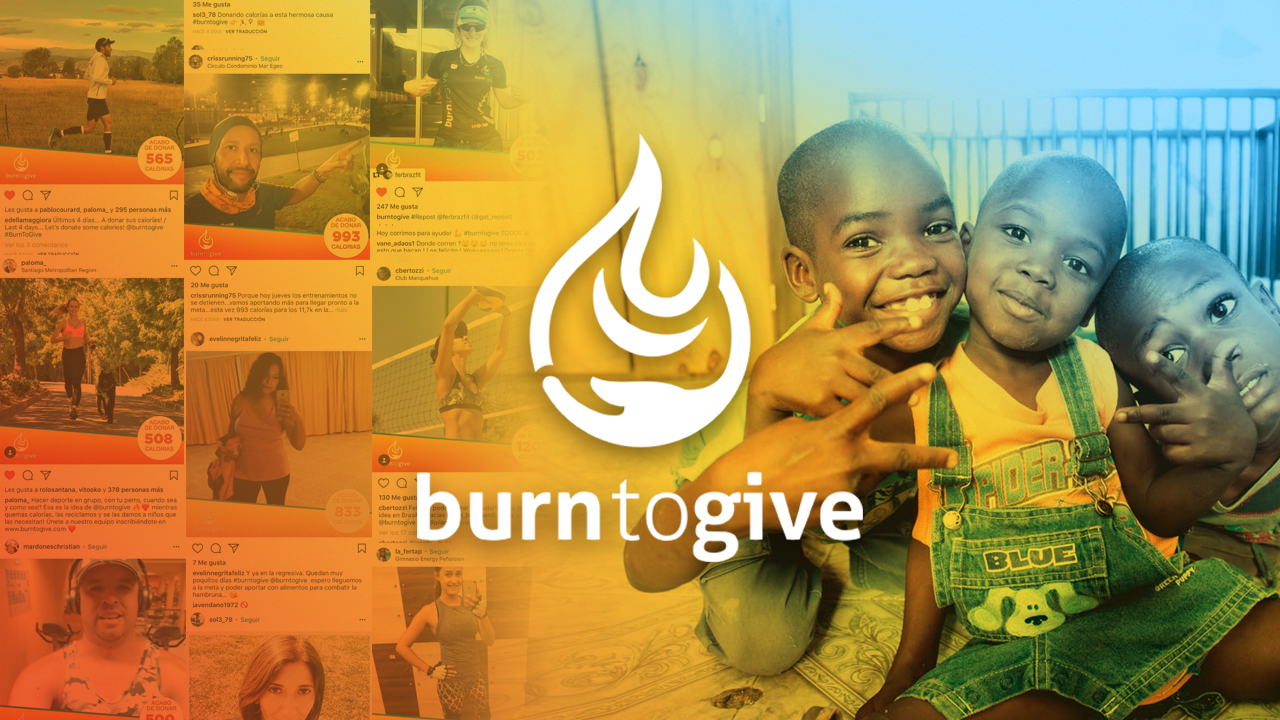 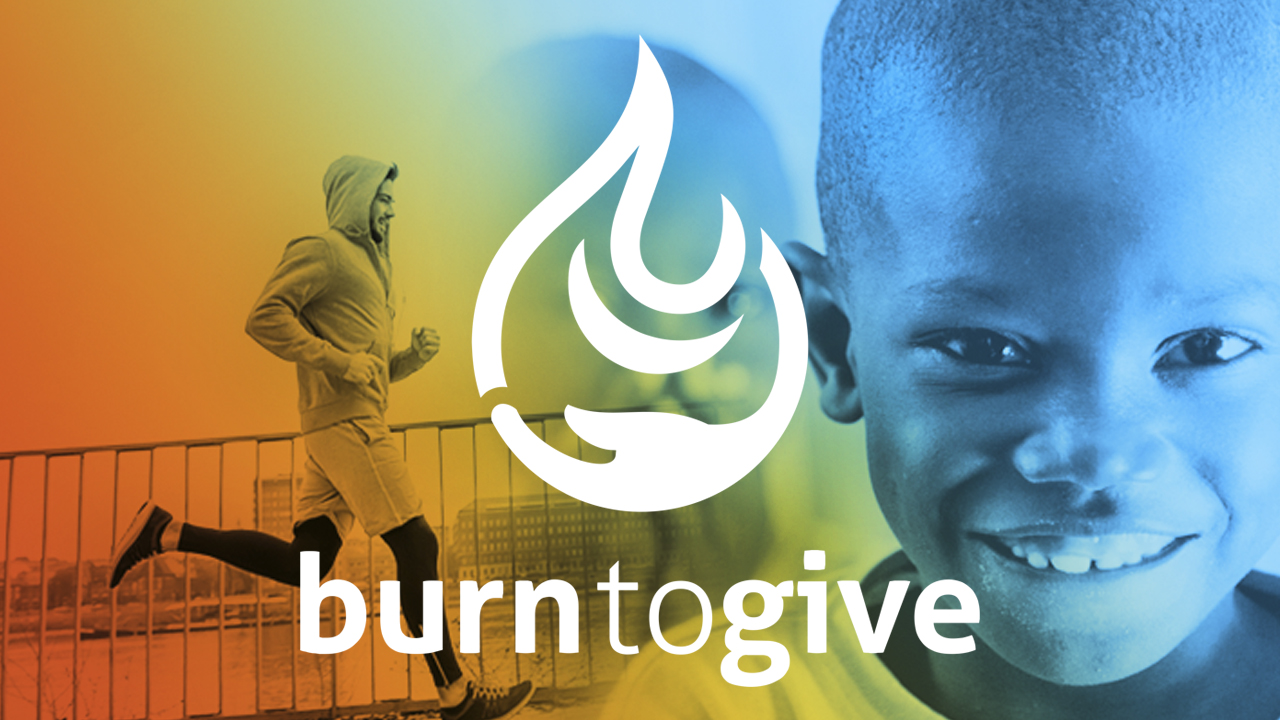 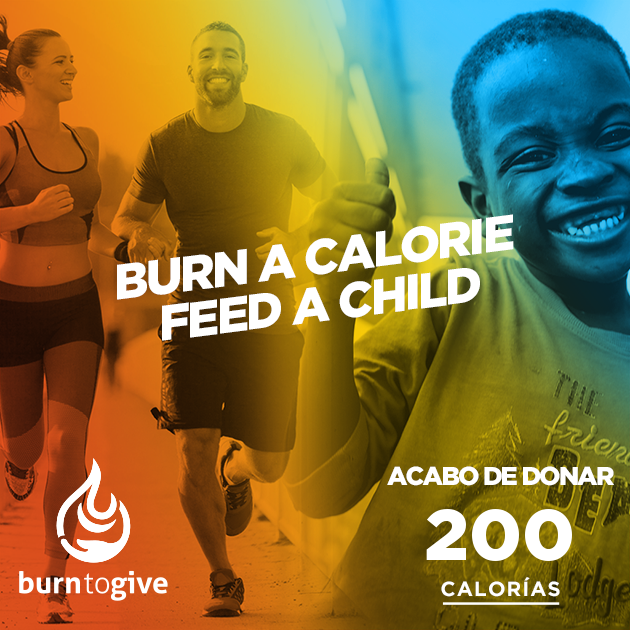