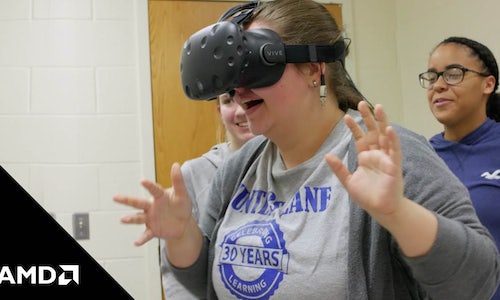 Virtual reality (VR) — the use of computer-generated graphics to create lifelike sensory experiences and environments — has historically been used for entertainment. However, companies are now using VR technology — both the hardware headsets and the software that generates the actual "experience" — for other practical applications as consumer-grade versions hit the market.

For example, Walmart recently announced it is using VR to provide management and customer service training for its employees, while companies like Lockheed Martin use VR to train pilots and flight instructors.

But what about VR in education? Could it prove to be an effective way to supplement classroom learning? Studies show technologies like tablets increase student engagement and make certain tasks easier. Proving that learning improves with such tools, on the other hand, is more difficult. However, there is potential in VR technology — due to its immersive, 3D nature with the combination of visual, auditory and kinesthetic learning models — to better engage students and help them to retain key concepts.

To test this theory, Hunters Lane High School, part of Metropolitan Nashville Public Schools, recently launched a six-week experiment to determine student and teacher perceptions of VR-based learning and evaluate the potential for integrating VR effectively into the classroom.

Hunters Lane High School Principal Dr. Susan Kessler is a longtime supporter of leveraging technology in education and has tested a variety of technologies at the school. Kessler was particularly interested in assessing how immersive education via VR could potentially change outcomes. Using equipment donated from AMD and HTC ViveTM and applications created by a variety of VR content studios, Kessler volunteered her school to test VR in realworld classrooms. Four classrooms in the high school of approximately 1,700 students agreed to participate.

"The hope was that we would be able to get kids to connect with subject matter better using VR," said Kessler.

The school set up a VR lab where the four classrooms, totaling about 150 students, could use the VR equipment. For the first two weeks, the teachers learned about the VR technology, developed strategies for integrating it into their curriculum and tested the equipment. On the third week, teachers began using VR with their students. Because the school had only one VR headset per classroom, students took turns using it while the other students followed along on a large video screen.

Each of the teachers used Google Earth VR to some extent, but each also tested other apps and games to experience how the technology could be applied in different scenarios.

Information technology teacher Ashley Ross had her students use VR to create computer programs and applications, as well as troubleshoot and fix various technology system issues. "In my classroom, using VR helped the students retain knowledge more effectively," said Ross. "I think this could change the game for kids who are struggling, because you immerse them in this world and they can actually see it and feel it. It makes them more interested and engaged."

Hunters Lane history teacher Ethan Hansen asked each student in his class to choose three places to visit using Google Earth VR. "To put students right in the middle of a historical event they're learning about is a much different experience than just talking to them about it or reading about it in a textbook," said Hansen. "It makes the events much more real and much more tangible."

"Our preliminary information indicates students have better retention of the information because instead of learning it one-dimensionally they are able to experience the content on multiple levels," said Dr. Kessler, the Executive Director of the Center for Digital Education.

"Virtual reality is going to change everything for them" predicted Hunters Lane Librarian, Todd Duncan. "It's going to get them excited and engaged. Students are going to want to come to classes where VR is utilized as part of the lesson and teachers can use it in just about every subject. What you can do with VR is truly limitless."

Video for AMD - Immersive Education: Virtual Reality in the Classroom 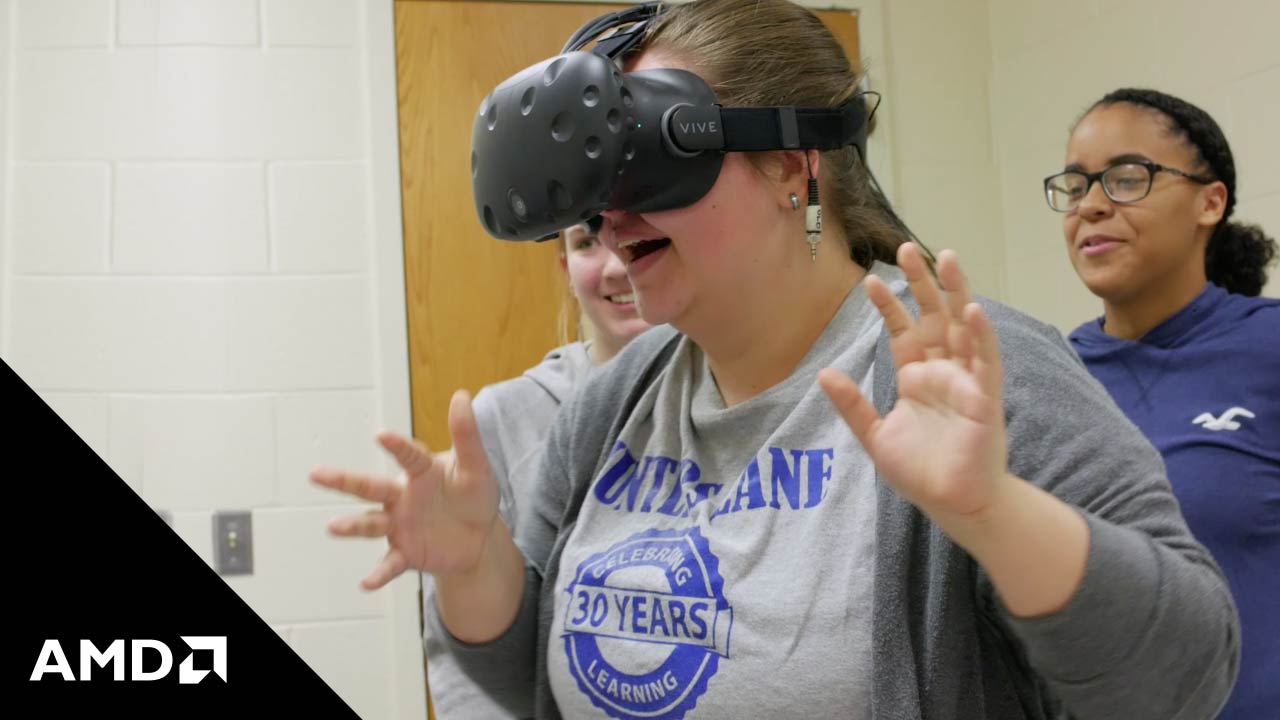