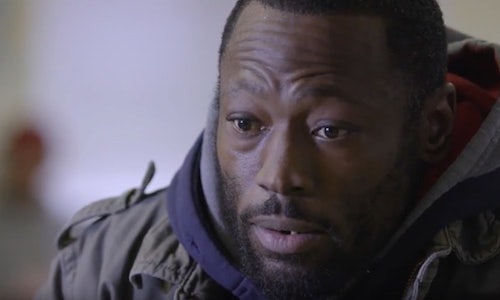 Verizon approached Upworthy to help create and launch a branded-content video to show how mobile technology can be used for good in the world. The story launched on World Day of Social Justice, Feb. 20, 2017. The campaign tapped into the Upworthy Collaborations team's expertise in identifying examples of empathy driving civic engagement. We created a mini-documentary that shed light on StreetChange, an amazing app for people to make targeted donations to homeless individuals. Anyone can donate food, clothing, toothbrushes, or even haircut vouchers to help get someone off the streets.

The story successfully positioned Verizon as a brand that believes technology can and should be used for good. It showed Verizon's support of social justice causes like homelessness. The Upworthy audience responded in spades with likes, comments, and shares. But most importantly, the story highlighted an organization that believes in providing the homeless community with important and basic amenities — and one that supports solutions to systemic problems.

One element that helped the Verizon campaign succeed was the focus on tangible and innovative uses of mobile technology for good — without focusing on Verizon or product attributes. Upworthy showed the important role a phone can play, apps and all, in making the world better.

Upworthy's senior producer, BJ Barretta, recently discovered StreetChange through his local newspaper. He was impressed with the story as a great example of how technology can affect some of society's biggest problems in surprising, uplifting ways. With the combination of Verizon's brand strength as a leader in technology and the massive social audience of Upworthy, we helped bring the great work of StreetChange to a national audience.

StreetChange was the perfect video subject for Verizon: It's a simple, powerful example of how to use technology for social good. To show the app in action, Upworthy documented the story of Marcellus, a homeless Philadelphia resident and client of StreetChange. Marcellus, like the app's other beneficiaries, created a digital registry for basic items he needed while working to get back on his feet. Marcellus helped make the life-changing technology personal. The app lets donors view registries from homeless individuals in their area and use PayPal to buy items, ranging from socks to food. (When an item is funded, the recipient is notified by text message or Bluetooth-enabled beacon to pick up the donation at a safe, professionally monitored location where he or she can receive further counseling and support.)

In an app-driven world where Instagram, Tinder, and Lyft are ubiquitous, StreetChange taps into people's smartphone behavior to benefit communities at large. This campaign featured three supporting articles and seamlessly showed how Verizon's social-good values intersect with the Upworthy audience's desire to change the world. In today's negative news cycle, which often leaves people feeling jaded and disillusioned, Verizon and Upworthy inspired people to come together and create real change in real time.

The content also delivered powerful results for StreetChange. Following the Verizon and Upworthy branded video, upwards of $4000 in registry donations poured in, making a huge impact on the small Philadelphia organization. StreetChange continues to field requests from homeless-service providers and concerned citizens around the country who want to bring the app to their community. As StreetChange Managing Partner Dan Treglia told Upworthy, "It's given us a real chance to change how we help people." 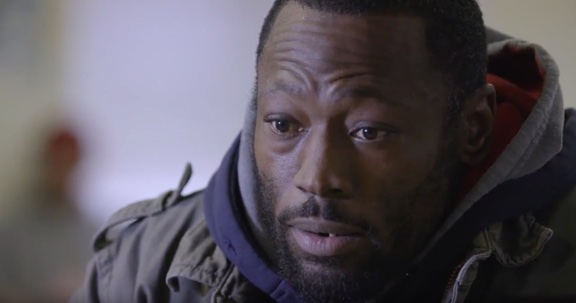