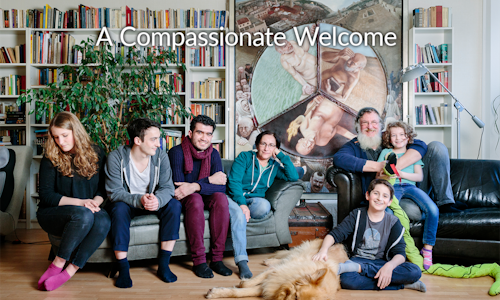 There are more people displaced by conflict in this world than at any time since the Second World War. With more and more people forced to flee, public anxiety has increased – often resulting in intolerance and misinformation about refugees. In this increasingly challenging and polarized displacement context, UNHCR must complement its assistance and protection work with greater advocacy and public engagement efforts. By doing so, we can mobilize civil society to support the refugee cause, and also help counter intolerance and negative political rhetoric.

The Compassion Series strives to engage people to actively become supporters of refugees. The aim is to make global displacement less threatening and more tangible and accessible, by profiling role models who have opened their hearts and homes to refugees as well as refugee stories which emphasize the common hopes and dreams we all share.

The series launched with the first installment, No Stranger Place, to commemorate the first anniversary of the death of three-year-old Syrian refugee Alan Kurdi. We told stories of acts of compassion by everyday heroes, bridging cultural divides and language barriers, embracing hope and humanity – even as some governments continue to build obstacles. At the core of the campaign we worked with artists and filmmakers to create elegant digital content showing how strangers, families and communities across the world are welcoming refugees with compassion and support, forging powerful bonds of friendship that transcend language and culture, at a time when they are needed most.

Strategy: The content had to be thoughtful, motivating and truly thumb-stopping in busy social feeds - beautifully-crafted multimedia stories of everyday people who do social good. UNHCR enlisted a well-known photographer, Audrey Wade, for the first installment of the series, No Stranger Place, documenting refugees and locals who are sharing a home. For the Europe, USA, Canada and UK installments of the series we worked with local writers and photographers to craft high-quality multi-media stories which depict compassion for the refugee cause at-large and refugees as individuals.

Implementation: We broke the stories down by family, country and region, and distilled the content into photo essays and documentary-style videos, capped by short social teaser videos to drive traffic to the longer stories.

Key Features: The Compassion series was broken into four landing pages, digestible to global audiences and more relevant to national audiences, while the social content was not only crafted for UNHCR's lively and committed community but targeted to reach outside the echo chamber and give people an emotionally resonant way to empathize with those fleeing conflict and to discover ways to take action and help. The content includes profiles of both refugees and those who welcomed them, distinct photography and memorable videos and was backed up by physical exhibitions in European railway stations.

Promotion: UNHCR harnessed its social media footprint of more than 10 million followers to engage, and entered into an exclusive media partnership with CNN to amplify the story. We also reached out to media partners who edited their own versions of the stories reaching their diverse audiences, from AJ+ to NowThis, CNNi, The Guardian, Zeit Online, Berliner Morganpost, ORF, Foreign Affairs and Playground and many more.

Over the course of 12 months, the Compassion Series was seen in 80 countries, in at least eight languages, and received high engagements and video views on social – both on the UNHCR-owned channels and through distribution to media and other social shares.

While sentiment analysis remains an imprecise science, we believe our content could well have been a motivating factor for many to think again about their perceptions of refugees, nudging public opinion in key countries for refugee policy, and tackling the 'fear of the other' – as we saw in the story of the Swedish same-sex couple who welcomed a deeply conservative family from Syria, the Jewish family who opened their Berlin home to a Muslim refugee, or the U.S. army veteran who advocates for refugees on Capitol Hill.

One national indicator is the case of Germany, which by 2016 had taken in 1 million refugees, creating a deep divide in German politics. Chancellor Angela Merkel famously said "Wir schaffen das" ("we can do it"), creating an open door policy for refugees and calling on the German people to create a welcome culture. As state authorities struggle to deliver adequate services and housing, it is people like those we meet in these portraits – in Germany, Austria, Sweden, Canada, the U.S., U.K. and beyond, who are making true on the spirit of her words.

Video for A Compassionate Welcome 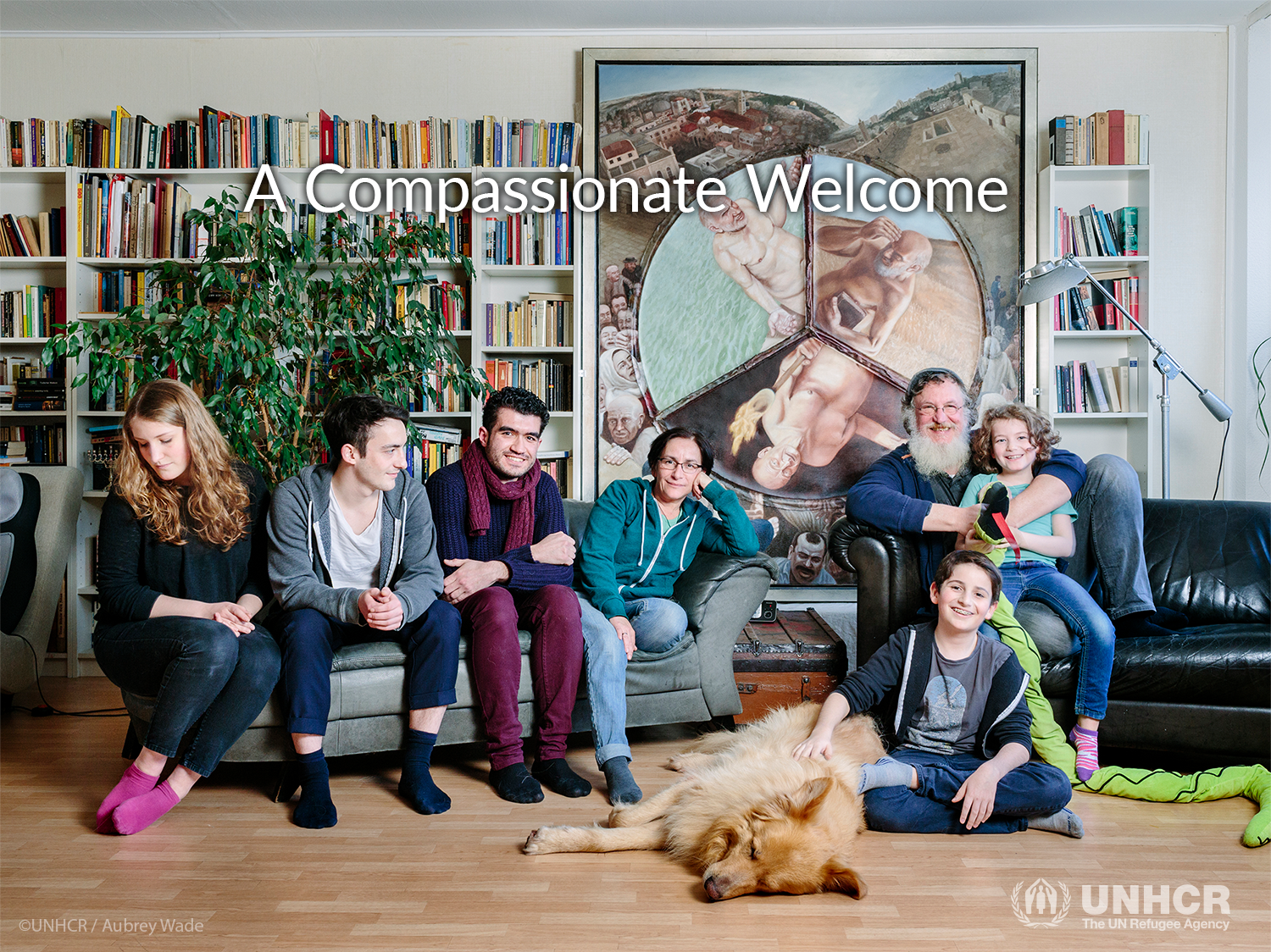