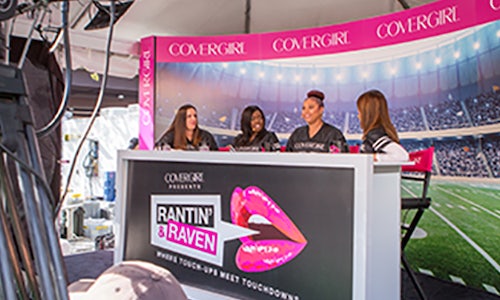 In America, women make up nearly half of football's 150 million fans and one-third of the audience for sports coverage. But when it comes to media coverage, women and their opinions are often left on the sidelines. In the 97-year history of American football, there has been only one woman who has called the plays for a regular season game and only four women total who have worked in a non-sideline broadcast role.

COVERGIRL believes "Girls Can" and aims to inspire women and young girls to succeed in areas where they are under-represented, including sports. We saw an opportunity using the brand's partnership with professional American football to tackle a century-old stereotype at a time when gender issues were in the national spotlight due, the 2016 Presidential election.

Like the election, the conversation we started became charged with emotion. Our YouTube channel became an outlet for people expressing their opinions on a range of gender issues, and the tallies of Likes versus Dislikes mirrored the nation's divisiveness. But from the debate emerged a group of females empowered like never before, giving a whole new generation of football fans something to cheer about.

The marketing objective was to drive advocacy through social sharing to amplify the activation. But the ultimate objective was to turn a long-standing "can't" into a "can." Because COVERGIRL knows with every barrier we break, the world gets just a little bit easier for the next girl — and a little more beautiful for everyone.

We decided if networks refused to give women a seat behind their desk on gameday, then we would bring our own and put it right outside the stadium. And with that, "Rantin' and Raven," the first-ever all-female football pregame show, was born and broadcast live in front of thousands of fans.

We needed a strong voice to lead the charge so we engaged Lesley Visser—the first female football TV analyst and one of the most influential women in sportscasting history. To join Lesley on set, we cast 15 loud, proud female football fans in COVERGIRL's hometown of Baltimore during "A Purple Evening," an annual event for women. Then, on the day the Baltimore Ravens took the field for their most anticipated game of the season against rivals the Pittsburgh Steelers, we went live on our set.

Passerby could watch the women as they talked football for hours leading up to the game, giving female football fans a voice louder than ever before. Throughout the course of the day we filmed six episodes on a range of football topics. We then took the video to YouTube where it has continued to run and cause plenty of reaction, positive and negative.

Women came out in scores to audition for Rantin' and Raven. With a single play, we increased the number of non-sideline reporters by 375%. The teaser alone received more than 7M unique Facebook views and 27M impressions reaching a total of 52% of the COVERGIRL Facebook audience. We also scored 17K+ on-site impressions across the two activations and have gained 421K organic YouTube views and counting.

But just as important as the stats we scored, was the conversation we started. Especially when we realized not everyone was cheering us on. So while we're proud to have made a 375% gain, we know we have many, many more yards to go. 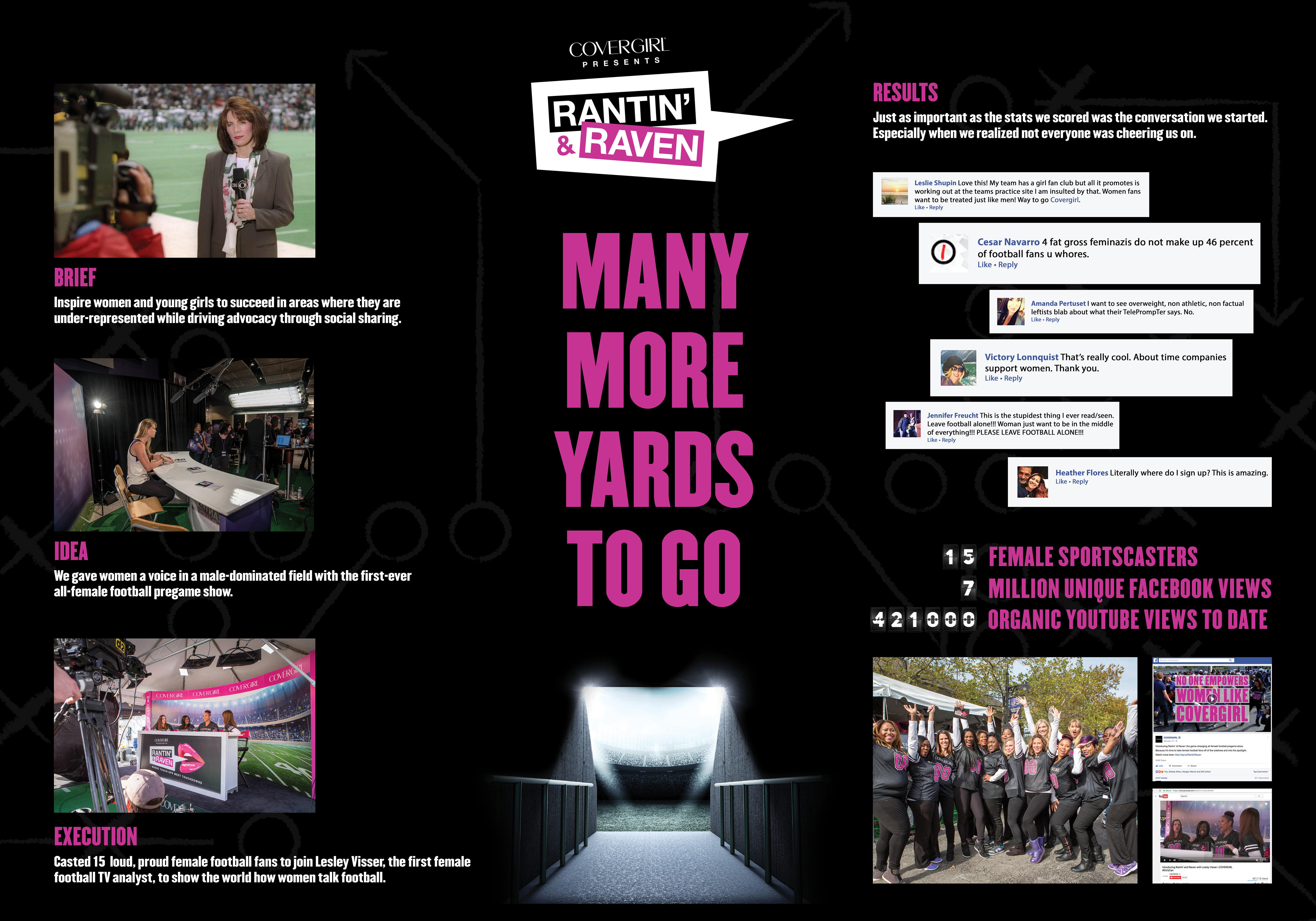 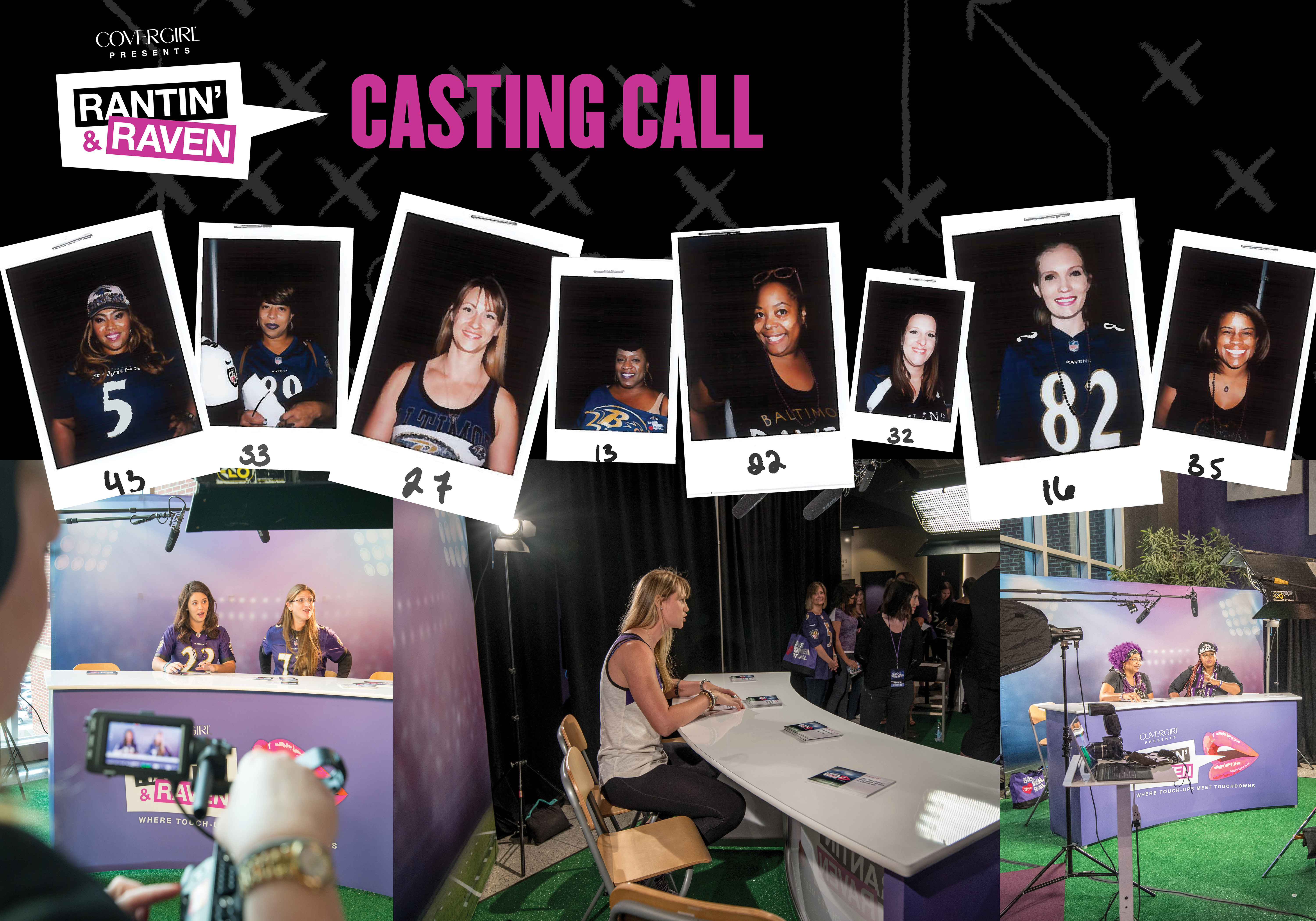 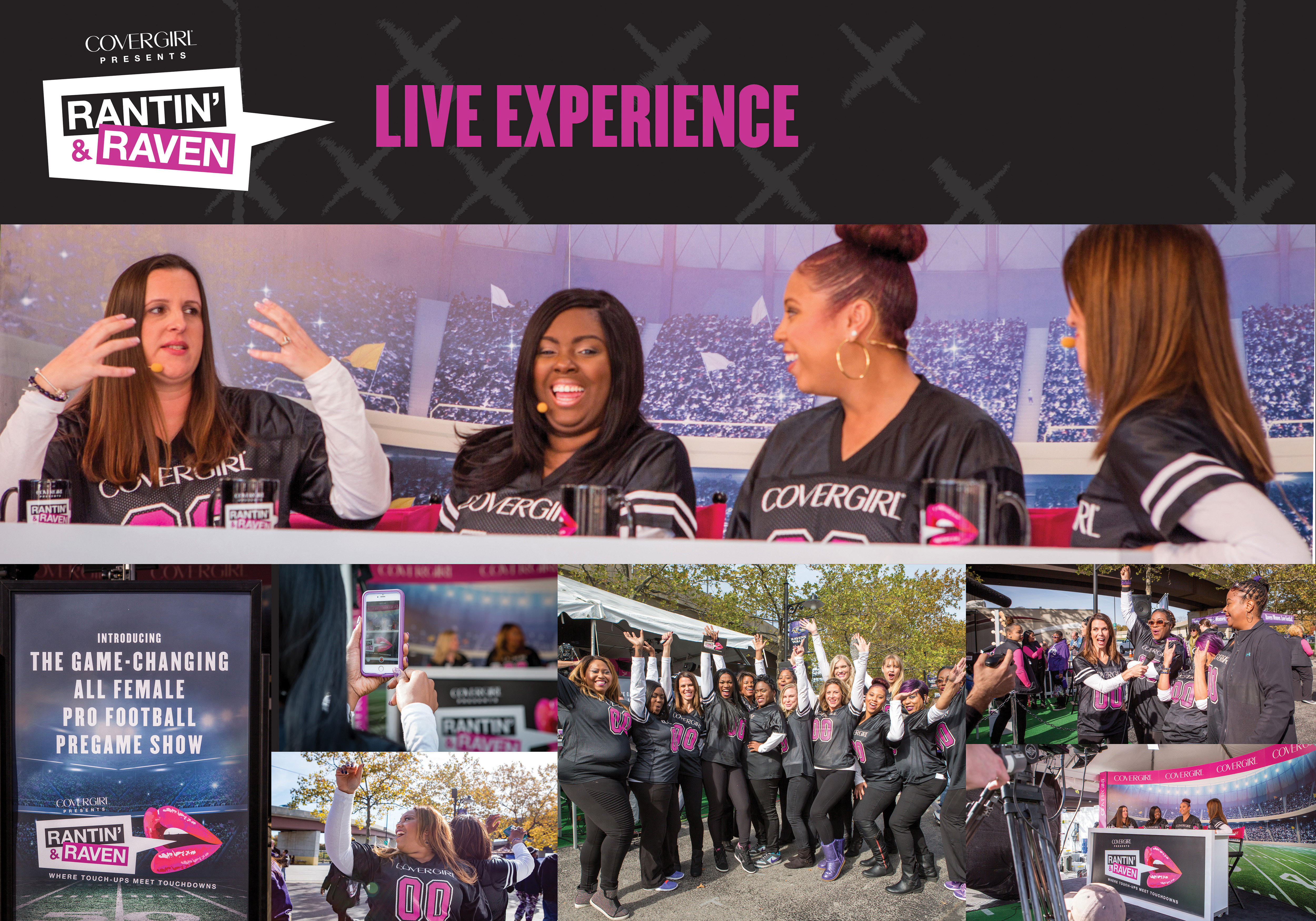