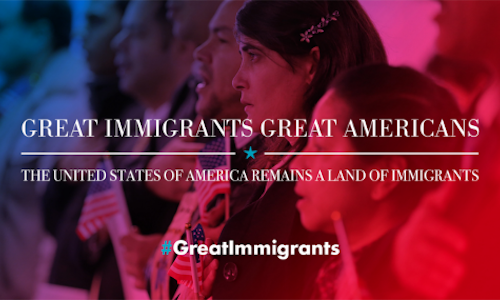 America is a nation of immigrants. Across history, immigrants have shaped our culture, led progress, and strengthened our economy. However—and especially in today's political climate—immigration is an increasingly fraught topic for many Americans.

For the past decade, Carnegie has sought to bridge this divide through its Great Immigrants campaign. The campaign recognizes and honors distinguished American immigrants—from celebrities to philanthropists, policymakers to athletes, fashion icons to Nobel Laureates—who have meaningfully shaped and contributed to American society.

Carnegie saw the opportunity to sharpen this past year's campaign message—to evolve it from a knowledge-sharing effort to one that took pragmatic steps toward advancing the strength of American democracy. Specifically, Carnegie sought to use the campaign to inspire immigrants to take the final step in their journey of immigration: becoming a naturalized American citizen.

Carnegie also aspired to engage a wider audience on the issue of immigration. Previous campaigns had zoomed in on select platforms and single moments. Now, the Corporation wanted a cohesive strategy to reach people across channels and platforms, and a plan for turning select moments into longer term engagement.

Carnegie teamed up with Atlantic Media Strategies, the creative consulting firm of The Atlantic, to evolve its campaign to have a more tangible impact on the millions of immigrants living in the United States and, in turn, the strength of our democracy.

Too often, organizations rely on numbers and facts to illustrate the challenges and complexities of contentious issues. The Great Immigrants campaign uses immigrants' personal stories and firsthand experiences to illuminate the universal truths about immigration that touch all of us—from immigrants, themselves, to their families and friends, policymakers, and concerned citizens.

We created social-native content to spread the campaign's message, allowing it to take hold organically within communities. Rather than relying only on facts and figures, the campaign marries quantitative trends with personal testimony to add richness and color to the immigrant experience, and builds a case for immigration's transformative power. Specific elements included:

In the wake of a today's polarizing political conversation, the need to focus on what unites rather than divides us has become paramount. Through emotive content, a distinct message, and powerful personal stories, the Great Immigrants campaign underscores what it means to be American—in all its diverse variations and journeys.

The Great Immigrants campaign is both a celebration and a movement—one that empowers the immigrant community and deepens understanding of the immigrant experience among all Americans. It provides an important resource for legal permanent residents pursuing citizenship, in the hope that they can continue the proud tradition of the immigrants before them.

Over the past year, the Great Immigrants campaign exposed 3.4 million people to its message regarding the importance of naturalization and the impact it can have on the lives of those who pursue it. Twenty-five pieces of original content were created—19 of which were produced especially for the campaign—including quote cards, benefit cards, brand ambassador videos, and data snapshots. The campaign's most popular post was a video interview with fashion mogul Diane von Furstenberg, garnering 1.2 million views and 10,000 reactions on Facebook. Audiences on Twitter saw campaign content nearly 631,000 times.

The campaign was designed to be easily accessible and shareable by the Corporation's array of brand ambassadors, as well as the millions of legal permanent residents with so much to gain from pursuing citizenship.

Brand ambassadors—and noteworthy American immigrants—such as Jim Carrey, Bennet Omalu, and José Andres shared their own personal, transformative stories of American immigration. Their efforts helped to generate widespread engagement with the campaign. National media outlets such as CNN and Univision also featured the campaign and its immigrant stories in their coverage. 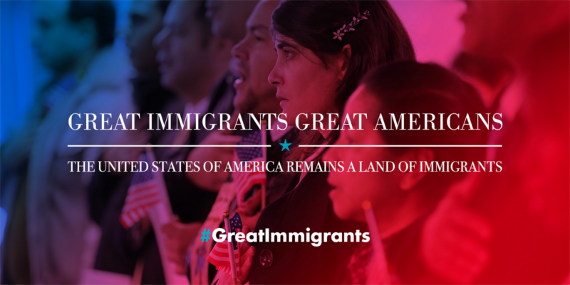