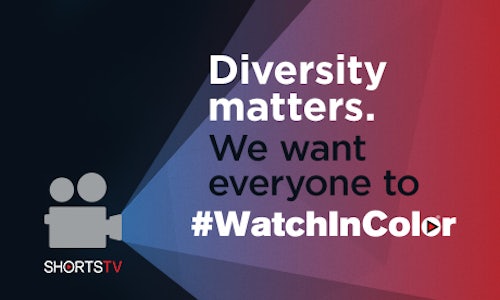 Seeking to become a "should carry" channel by cable systems across the country, ShortsTV, the global home to quality live-action, animation and documentary short films, sought to raise awareness about the solution short film provides for the glaring lack of diversity in film. So they turned to the Podesta Group (PG). Convinced that if lasting change is to come about in the film industry, it would have to begin with short film, ShortsTV set out to educate viewers, filmmakers and policymakers about the important role of short film in creating a pathway for minority talent in the film industry – a "talent pipeline." With the goal of positioning ShortsTV as the key avenue for diverse talent to hone and showcase their abilities, PG developed a strategy to garner support from federal elected officials, who care about promoting diversity in the entertainment and media industries; emerging talent, who recognize the role of short film in enhancing their futures; and rank-and-file viewers who care about enhancing their diverse viewing choices.

For a few weeks each year, the Academy Awards draw attention to the need for more minorities in film. Recognizing, however, that a constant drumbeat of attention, year-round, would be vital to creating a sustainable pathway for minorities to advance in filmmaking via short film, PG designed the Watch in Color campaign.

PG recognized we had a compelling story to tell in ShortsTV's record of diversity: upwards of 50% of the channel's short films are produced or directed by women or minorities.

Our opening for Watch in Color was created before the campaign launched, during the merger review processes that Comcast-NBCU and, later, Charter-TimeWarner Cable underwent. During their reviews, they entered into agreements with minority public interest groups by which they agreed to add more diverse and independent channels to their existing channel lineups. These agreements focused on minority ownership and minority-focused content but the critical role of creating a pathway for minority talent was overlooked. We designed a strategy around creating public and policymaker support for the concept of a "talent pipeline" as another critical factor for cable operators to consider when choosing which channels to add in meeting their diverse channel carriage requirements. As the only successful, continuously available short film channel, ShortsTV meets this factor.

PG knew that there was an online community of supporters waiting to be activated who could carry ShortsTV's message and call for inclusion. We developed and launched the Watch in Color campaign in November 2016 and it continues to gather support. Driven by social media, supported by in-person events, and enhanced by ShortsTV film competitions for emerging talent in conjunction with prominent minority advocacy groups, the key components of the campaign include:

We asked industry leaders and members of the public to send video or traditional messages to policymakers in Washington, DC, calling on them to do more to support the short film industry. Using audience personas, content narratives and emotional storytelling, PG used call-to-action methods to convince and then convert key target audiences to not only send their videos, but also to sign a petition that went straight to targeted members of Congress.

Our team sustained both organic and paid social media activity, providing topline messaging and facts to a national audience, driving awareness around diversity in short film and the opportunities it provides. We also organized an engaging Twitter Town Hall during Diversity Blogger week to discuss diversity in film. Participants in the event included influential bloggers, Congressman Hank Johnson (D-GA), and the winners of the NAACP ShortsTV film competition.

The Watch In Color campaign has generated over 10 million social media impressions leading to over 170,000 people taking action by submitting videos, sending letters to Congress or sharing the hashtag on social media.

This campaign gave ShortsTV the exposure to successfully urge key members of Congress to launch the Congressional Caucus for Advancement of Studio, Talent (CAST) and Film Diversity, which is specifically focused on helping emerging, diverse talent gain opportunities in film. This bi-partisan caucus leverages its combined resources to elevate the dialogue around the need to create opportunities for diverse film talent, on both sides of the camera, to help create diversity in the film and television industries.

The campaign also caught the attention of leading minority advocacy foundations such as the Hispanic Heritage Foundation, which formed a strategic partnership with ShortsTV to co-sponsor a short film competition with submissions from almost 1,000 emerging Hispanic filmmakers; two winners received cash awards and contracts to air on ShortsTV. Similarly, our awareness-raising efforts led to an NAACP partnership for their 2017 convention by co-sponsoring the "Champions For Justice" short film competition. Young diverse filmmakers competed in a short documentary highlighting criminal justice reform issues, and the impact on their communities. The winners of the film contest also receive funding to create a longer-format short films and gain exposure by airing on ShortsTV and later on online venues. The entrants have also spread the Watch In Color message at diversity blogging conventions, at congressional offices and various film festival panels. 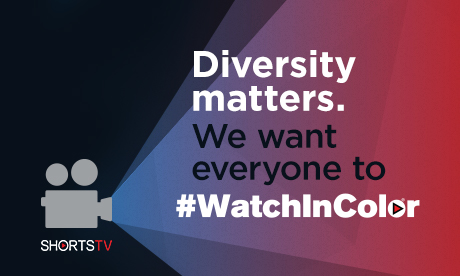