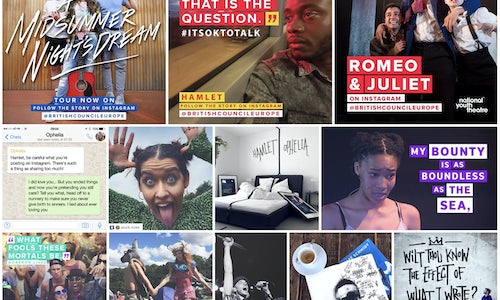 Shakespeare Lives was a programme of events and activities organised by the British Council to celebrate the world's most famous playwright, William Shakespeare, on the 400th anniversary of his death. As part of that programme, #ShakesepareNoFilter was established as a completely new use of Instagram for digital storytelling which looked at how we could bring 3 of Shakespeare's most-loved plays to life, primarily for young people 18-25 who are interested in travel and culture, but not traditionally interested in Shakespeare. The main objectives were to promote Shakespeare to younger audiences in Europe and to promote the UK in a digitally creative way.

Our strategy involved working with an external digital agency to come up with three very different "takes" for the three different plays we had chosen: A Midsummer Night's Dream, Hamlet, and Romeo & Juliet. Each retelling had to be relevant to our target audience, in a suitable format for Instagram as well as being varied enough to maintain a following throughout the campaign.

We used digital collaboration tools, to produce a storyboard for each play and to fine-tune the content in a way that ensured that we had the right number of posts, that they were visually engaging and that people would want to share them with their friends, their family, and their wider online networks. By careful planning of each of these plays, we balanced the fun, light-hearted themes with some of the more serious topics depicted, and partnered with mental health organisations such as Mind to ensure that all of these themes were presented in an open, appropriate way that would resonate with young people.

For the actual production of each play, we worked with some of the UK's best young actors including for Romeo & Juliet a partnership of the National Youth Theatre, so that as well as creating amazing Shakespeare-related content, we were also providing a unique opportunity for these talented performers to promote their acting skills internationally.

Our plays were translated into several major European languages including French, German and Polish, while the English version of each Instagram play was embedded onto every single British Council website within Europe, reaching people in 21 countries in addition to being promoted across the social media channels in all of those countries.

The campaign achieved a global reach of over 1 million people on Facebook and over 9,000 likes for the posts on Instagram. Our combined platforms, which included YouTube videos and Instagram posts embedded onto British Council websites, produced a total of 12.6 million impressions and 433,000 engagements with our content, bringing the world of Shakespeare to new audiences using the power of digital platforms.

Media coverage in Germany, France and of course within the UK itself ensured that the campaign spread beyond social media, as well as printed materials which were promoted to students and the general public via our network of offices in 21 countries in Europe.

Paul Roseby, Chief Executive and Artistic Director of the National Youth Theatre, speaking about the campaign, said: "We're particularly pleased to be partnering with the British Council on #ShakespeareNoFilter this year to bring Shakespeare to young people all over Europe and prove that creativity has no boundaries."

Perhaps the most important result was that we made Shakespeare accessible to millenials across Europe and we proved that themes which mattered to young people in Shakespeare's era continue to matter to young people today: relationships, loyalty, mental health, trust and personal identity. 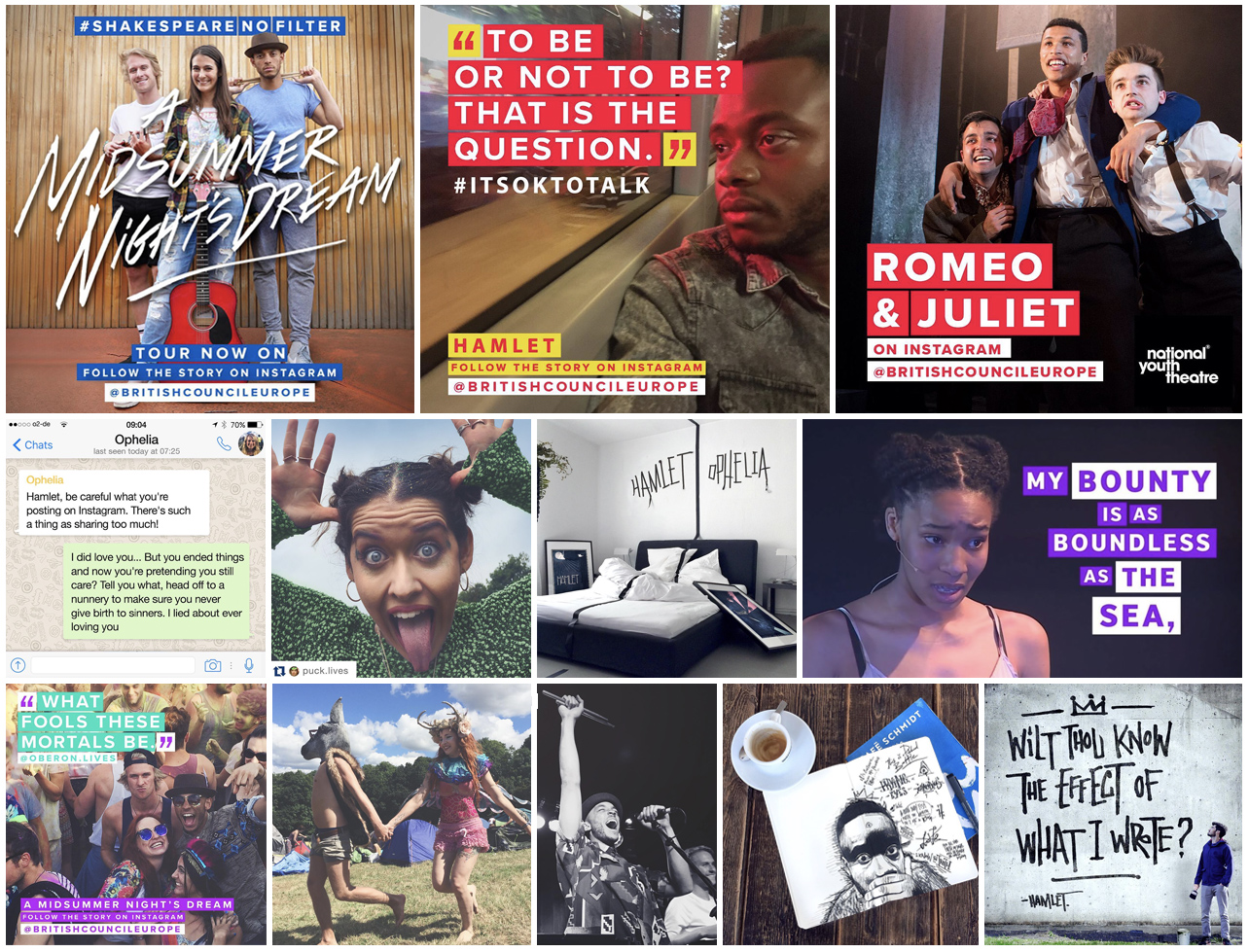 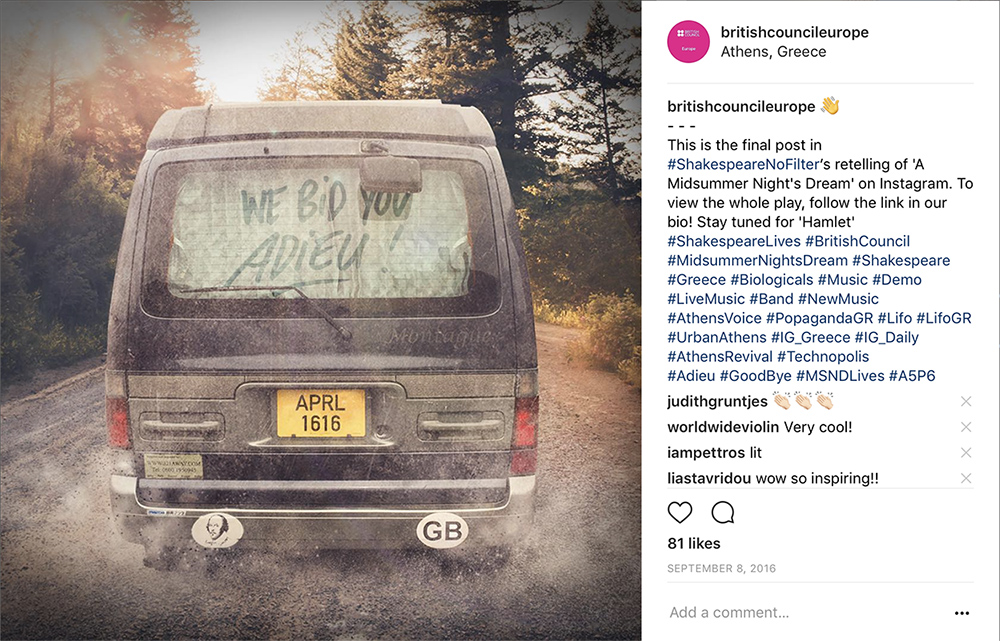 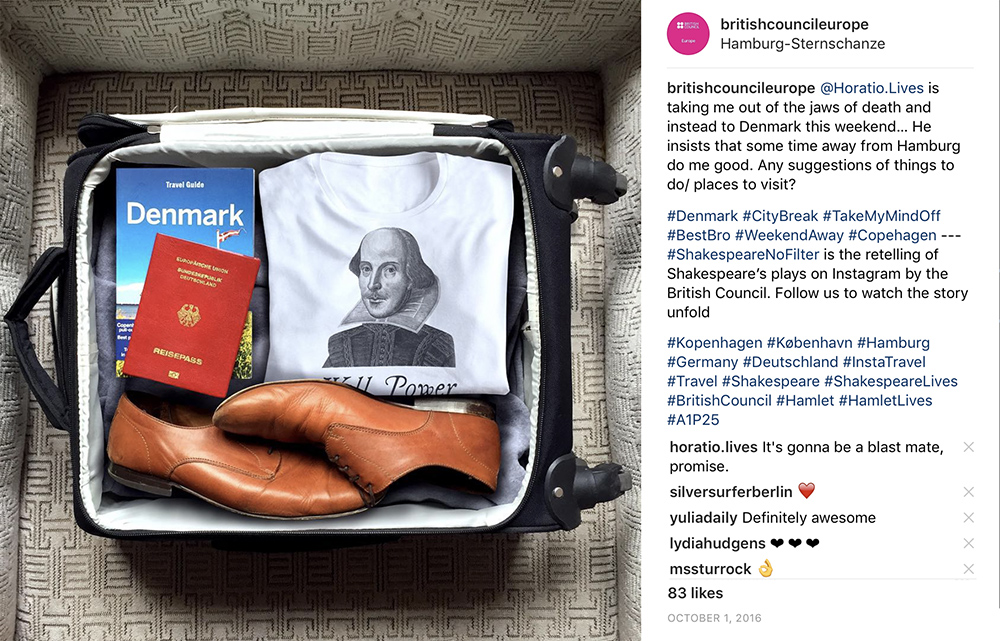 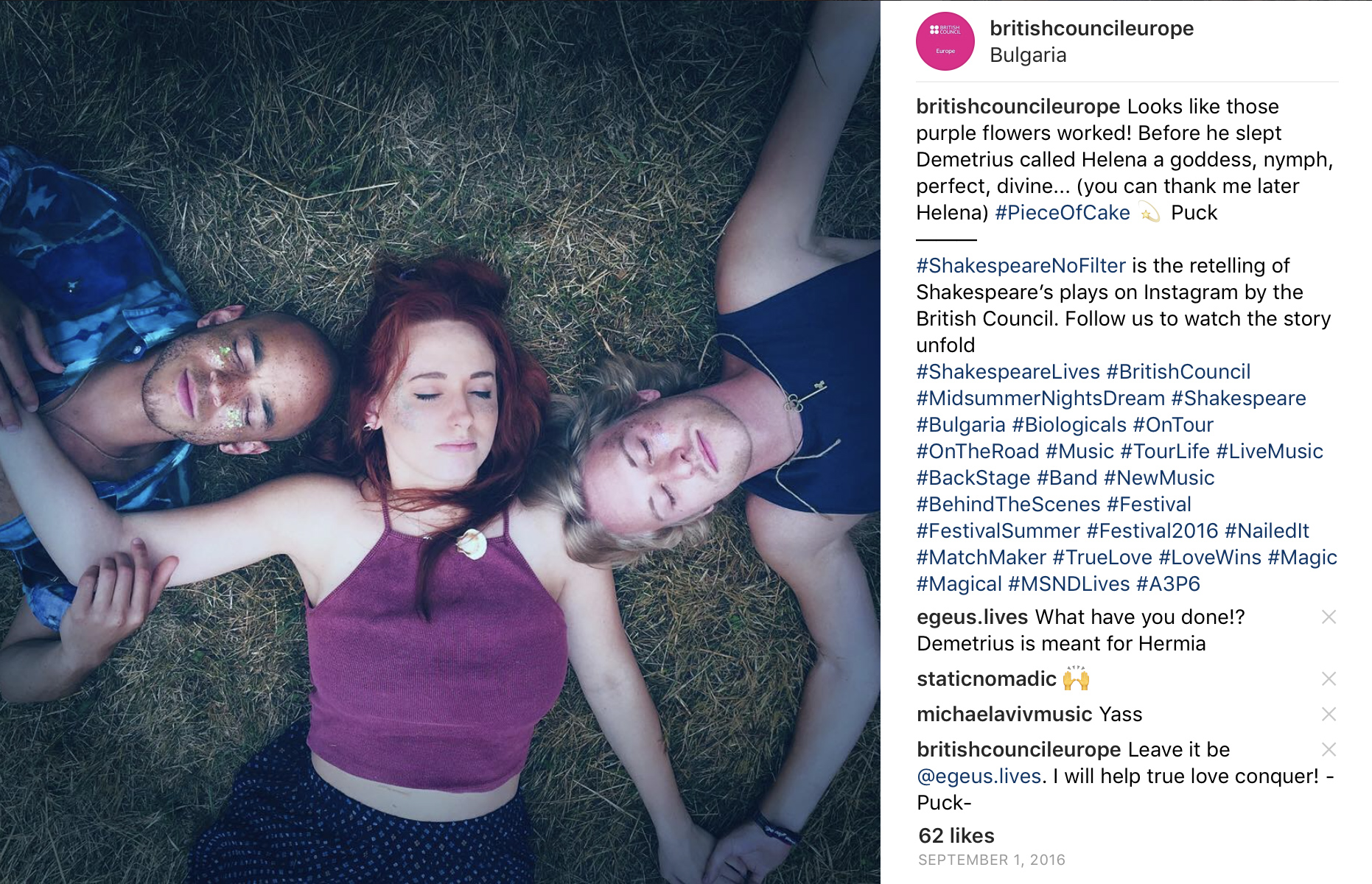 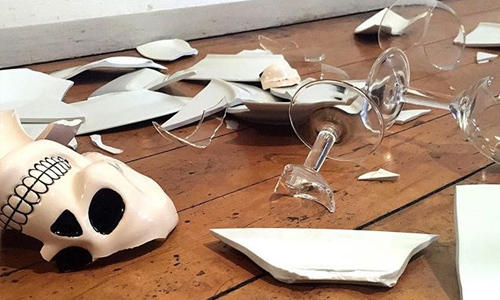